In The Spotlight: Greta Thunberg, climate superwoman without airs
By Sim Sim Wissgott 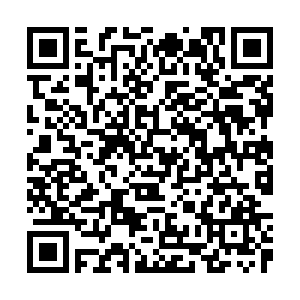 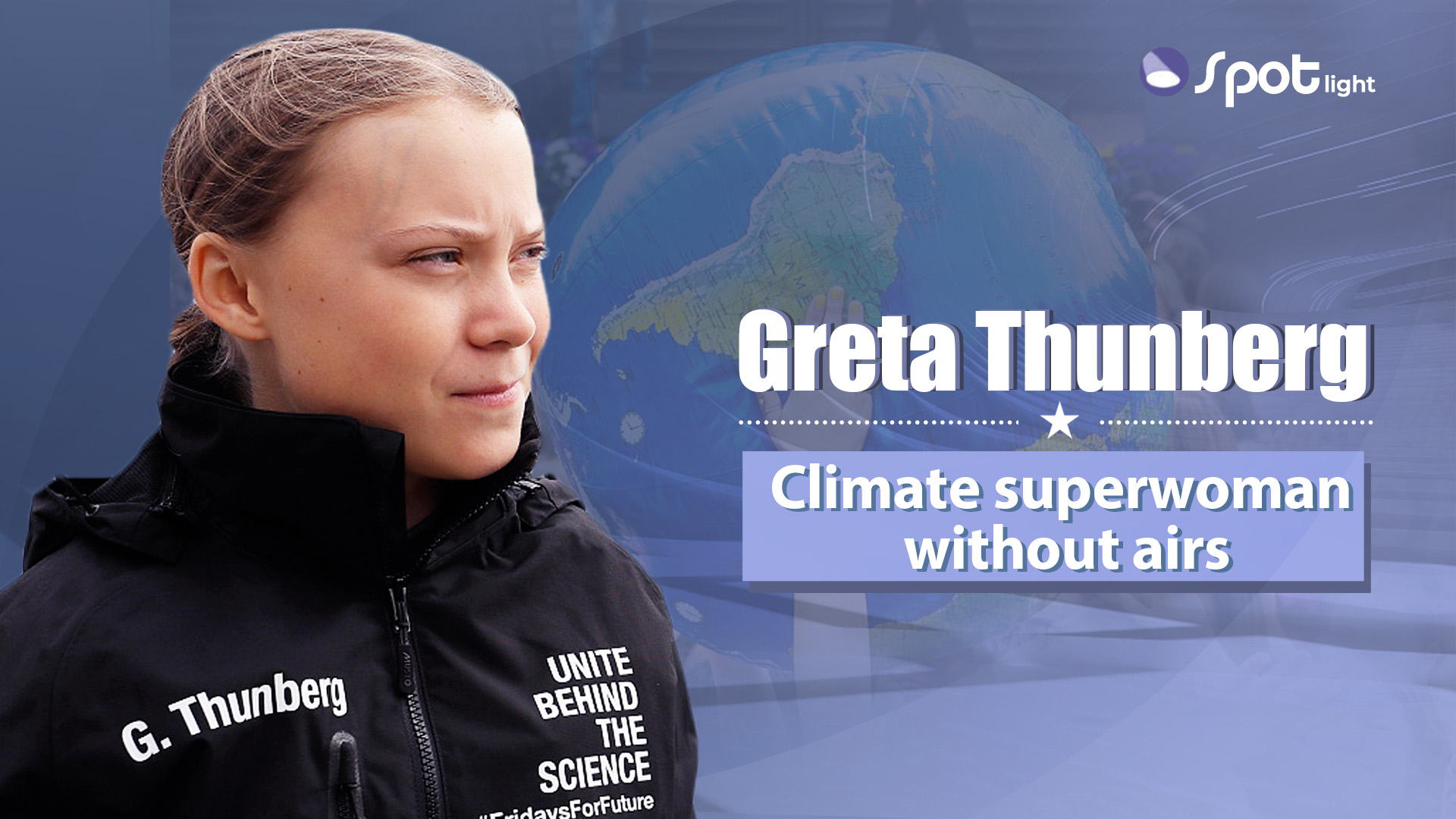 A year ago, she was sitting on the cobblestones outside the Swedish parliament in Stockholm, alone with a hand-painted sign, skipping school to convince her government to fight climate change.

Today, she is a well-known personality, rubbing shoulders with the likes of Barack Obama, Arnold Schwarzenegger, and Antonio Guterres, appearing on "The Daily Show" and making global headlines with her every move.

At the young age of 16, Greta Thunberg has emerged as a major figure in the fight for climate action.

On Monday, she will attend the UN Climate Action Summit alongside world leaders.

The daughter of an opera singer and an actor, Thunberg garnered attention almost as soon as she began her one-woman protest outside the Riksdag, Sweden's parliament, in August 2018.

"We young people don't have the vote, but school is obligatory," she told the newspaper The Local in one of her first interviews. "This a way to get our voices heard." 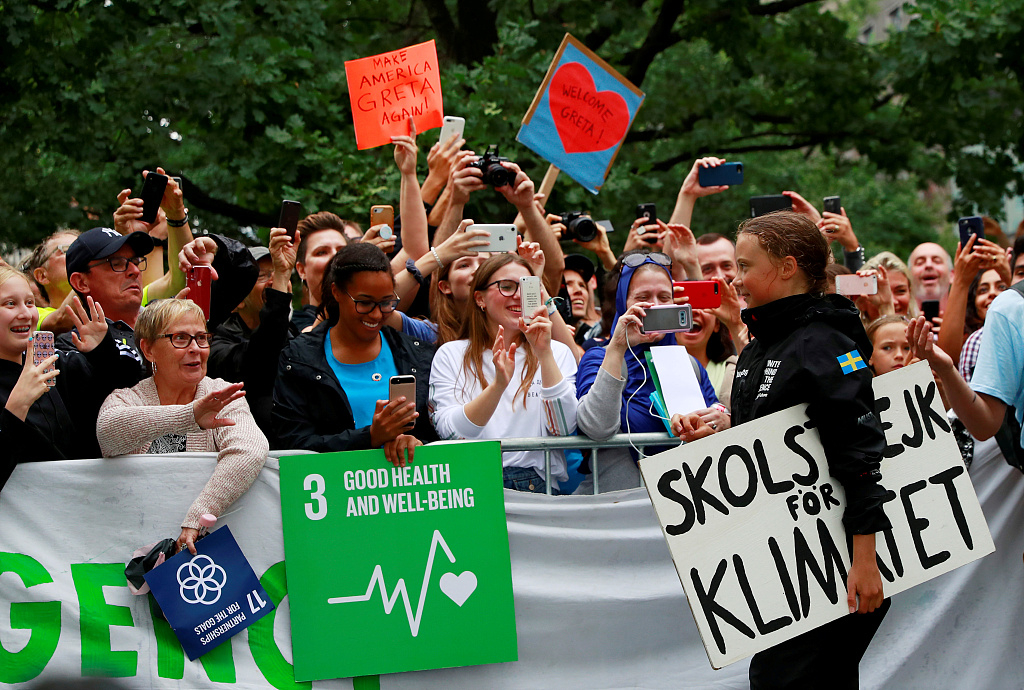 Greeted like a star at protests, Thunberg still carts her hand-painted sign calling for climate action with her everywhere she goes. She is pictured here after her arrival in New York, August 28, 2019. /VCG Photo

Greeted like a star at protests, Thunberg still carts her hand-painted sign calling for climate action with her everywhere she goes. She is pictured here after her arrival in New York, August 28, 2019. /VCG Photo

Thunberg's daily protests were originally aimed at Sweden's September general election, but the vote came and went and she was still staging her sit-in – now only once a week, every Friday – on the pavement, joined by a growing number of supporters.

Since then, her solo crusade has inspired a massive movement known as Fridays for Future, with millions of young people holding protests worldwide to push governments to keep global warming under 1.5 degrees Celsius, in line with the Paris Agreement.

A young girl with signature braids, often clad in a simple T-shirt or plaid shirt and speaking in calm, clipped English, Thunberg has stood out for her uncompromising stance and her ability to speak bluntly to world leaders.

Invited to the COP24 conference on climate change in Katowice, Poland, in December 2018, she accused those present of being "too scared" and "not mature enough" to take action.

At the World Economic Forum in Davos in January, she slammed companies and decision-makers who "sacrificed" the environment for financial gain, adding: "I think many of you here today belong to that group of people." 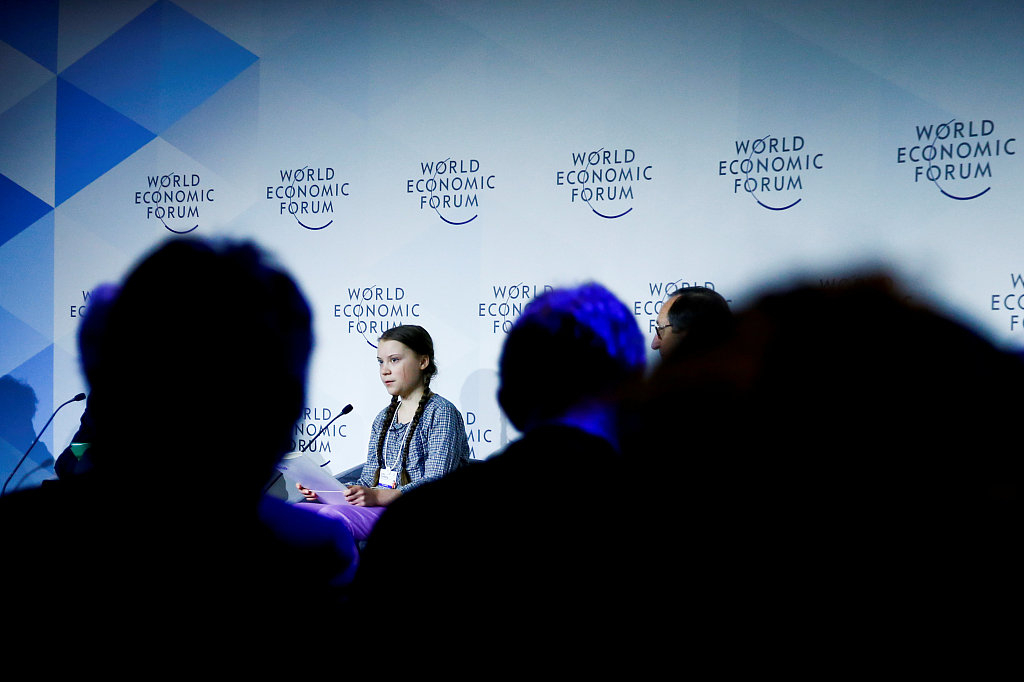 "It actually has a lot of impact when you speak truth to power, when you don't bother to be polite because this is such a serious crisis and we cannot focus on what we can or cannot say," she said in a recent CBS interview.

Thunberg has Asperger's Syndrome, which she has credited for her determination and single-mindedness. Being on the autism spectrum, "I don't really care about social codes," she said.

"It makes me function a bit differently, I see the world in a different way, with a different perspective… I see things very much as black and white," she told Swedish talk show Skavlan.

Thunberg says she first became interested in climate change at the age of eight or nine when she realized little was being done to tackle pollution and rising temperatures.

Reading more about it, she became depressed, but campaigning has given her a new purpose. 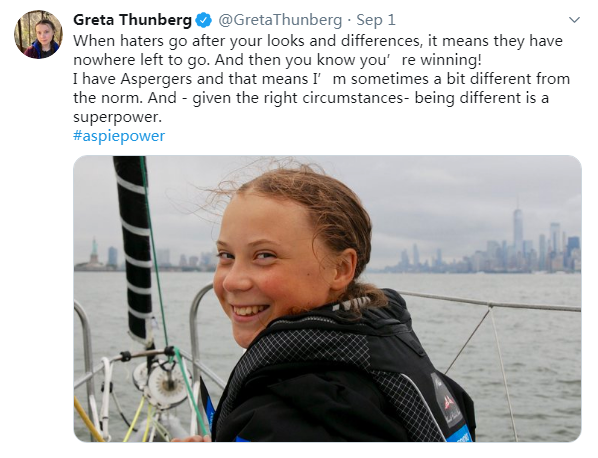 Now a vegan, she refuses to fly – planes give out tons of carbon emissions – and has even, to an extent, stopped shopping. To reach New York for Monday's conference, she and her father journeyed for two weeks on a zero-emissions yacht.

Endlessly repeating her call to "listen to the science," she talks easily of IPCC reports, the 67-percent chance of keeping global warming under 1.5 degrees Celsius and the fast-dwindling 360 gigatons of carbon dioxide the world can still emit before it fails this goal.

Her drive and conviction have produced a "Greta effect."

After years of warnings from UN agencies and environmental groups, climate action has become a political priority worldwide, thanks in part to the mass mobilization ignited by Thunberg's action.

The sight of a 16-year-old leading the fight has galvanized young people, who will be the ones most directly affected by the growing climate emergency.

Described as fearless, inspiring, and "the voice of a generation", Thunberg is now greeted as a star at protests – in London, Berlin or Washington, DC. On Friday, she led a rally in New York as millions took to the streets in 150 countries to demand that leaders "Act now!" ahead of the UN Climate Action Summit. 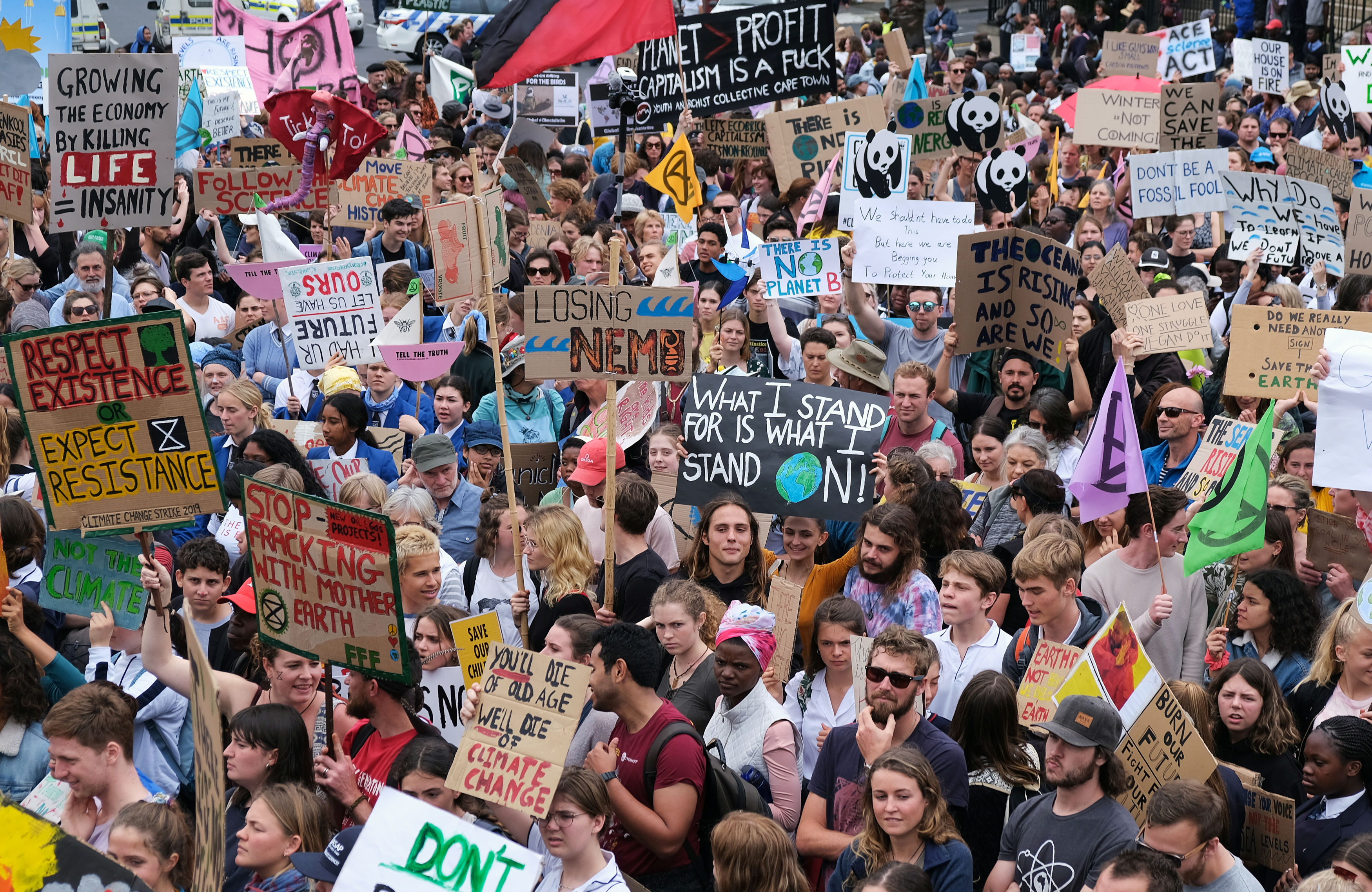 Even actor, former California governor and fellow environmental campaigner Schwarzenegger said he was "starstruck" when meeting Thunberg at a climate conference in Vienna in May.

She has rejected talk of herself as an icon however, telling U.S. lawmakers last week: "Save your praise… We don't want to be heard. We want the science to be heard."

Not just young people, but older consumers have felt the "Greta effect": in Europe, more and more people say they would prefer to take the train rather than fly, in a bid to be more environmental conscious.

Game Changer of the Year

Inevitably, there have been accusations that Thunberg is being manipulated and that no 16-year-old would speak or act as she does without help. Some critics have also attacked her autism.

But she has hit back. "When haters go after your looks and differences… you know you're winning!" she tweeted.

"Being different is a superpower," she added. 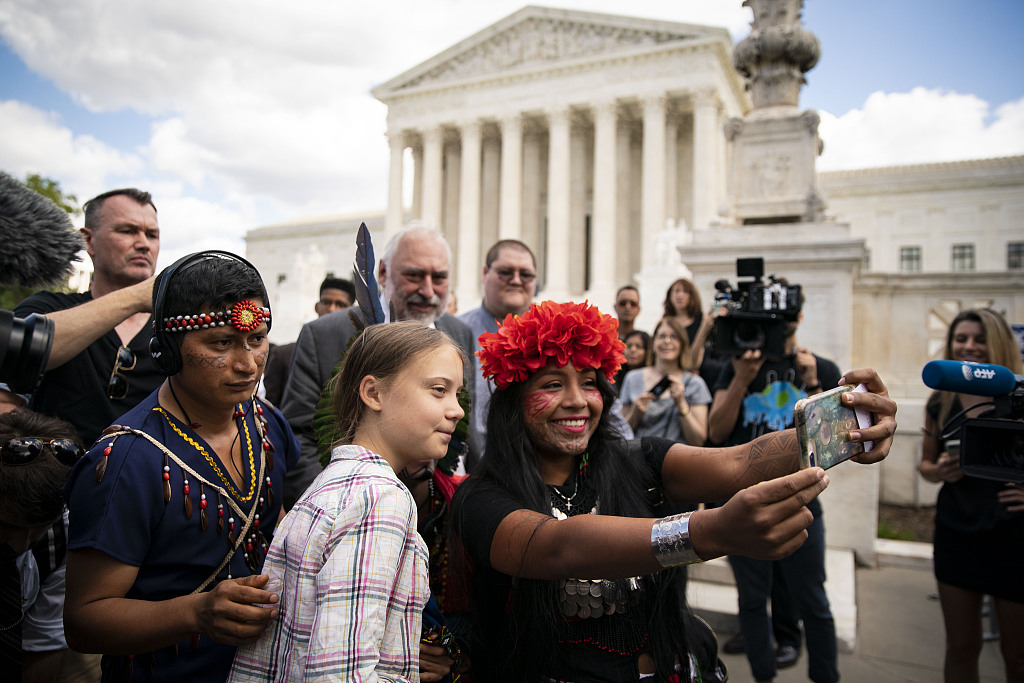 Thunberg has already been nominated for a Nobel Peace Prize, GQ magazine has named her "Game Changer of the Year", she has spoken at France's National Assembly and has met the Pope and U2 singer Bono.

But her message remains the same as in those early days outside the Riksdag: something can be done about the climate but leaders need to act now and individuals need to educate themselves about the dangers the planet faces.

The teenager says she will keep protesting at least until Sweden falls in line with the Paris Agreement, which could take years.

Just in case there was any doubt, she still carts her hand-painted sign around with her, wherever she goes.