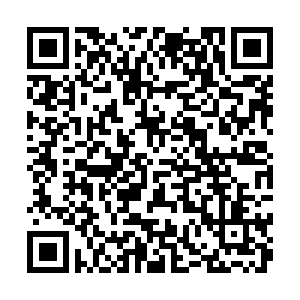 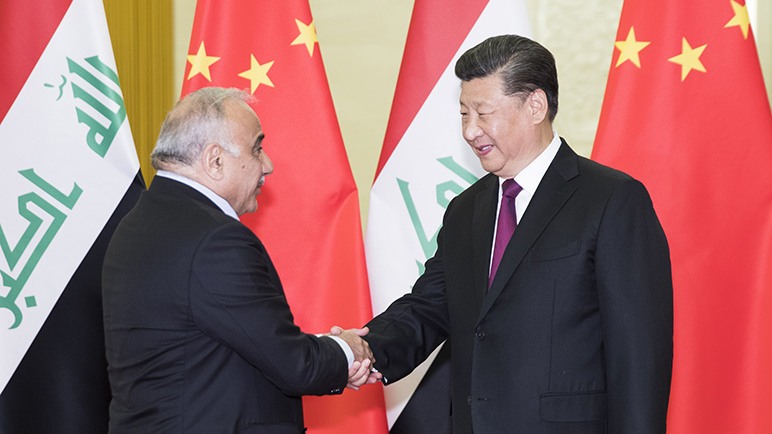 Chinese President Xi Jinping on Monday urged parties involved in the Gulf region to refrain from adding to the complex situation there.

President Xi made the remarks during a meeting with Iraqi Prime Minister Adel Abdul Mahdi at the Great Hall of the People in Beijing.

The Chinese president said related parties should properly resolve their contradictions and differences through peaceful means, such as dialogue and negotiation based on mutual respect, and jointly safeguard regional peace and stability.

China is willing to maintain communication with all parties concerned, including Iraq, Xi said.

Noting that China supports the protection of Iraq's sovereignty and territorial integrity, Xi congratulated Iraq on its victory against terrorism and pledged more support for these efforts.

The Chinese president emphasized that China was among the first countries to participate in Iraq's economic reconstruction, noting that even in the most critical period of Iraq's security situation, Chinese enterprises maintained their commitment.

Xi also proposed further cooperation between the two countries and aligning Iraq's reconstruction work with China's Belt and Road Initiative. He expressed the hope that security measures in Iraq will be enhanced to guarantee the safety of Chinese institutions and personnel working in the country. 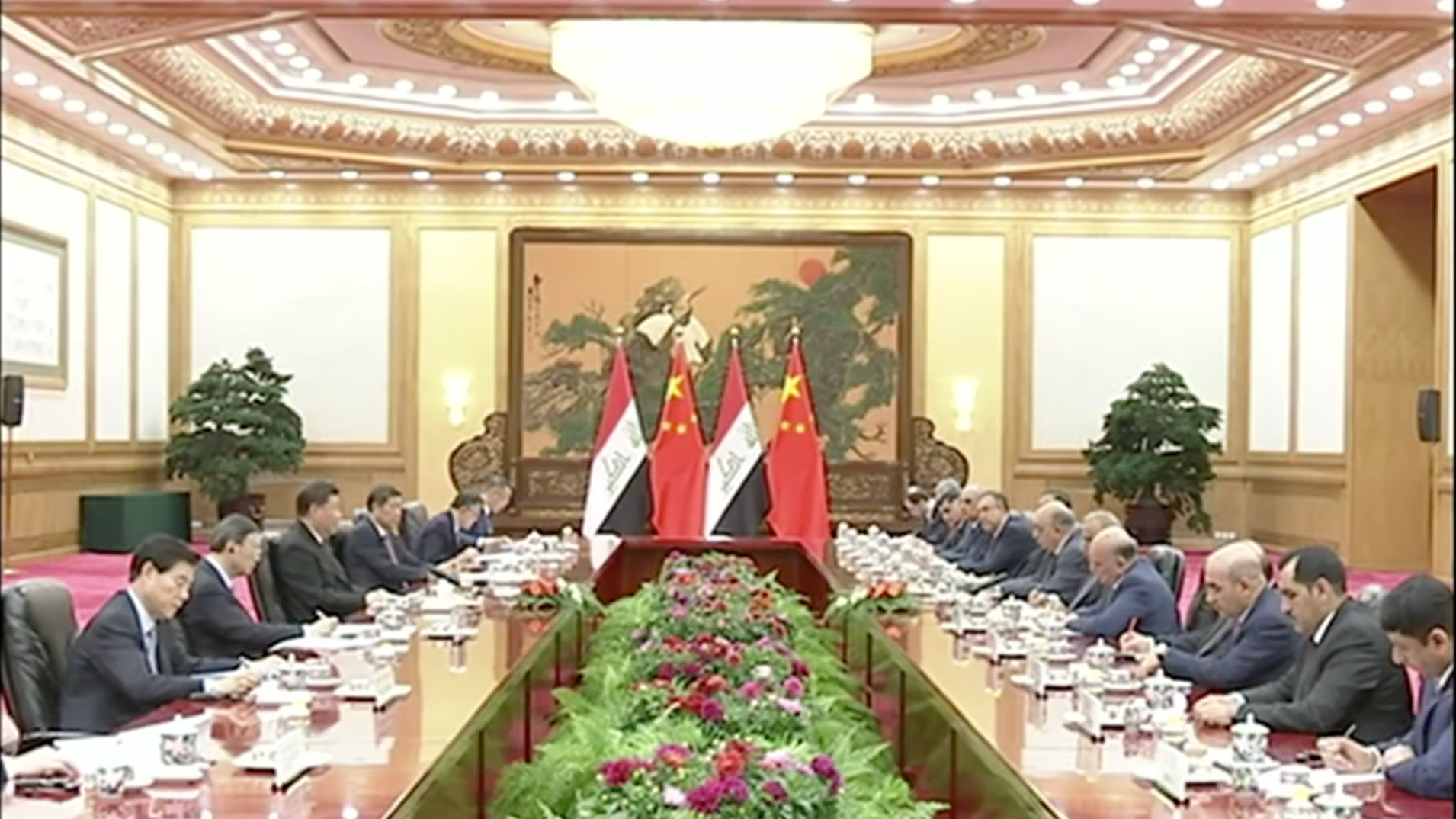 Xi stressed that both China and Iraq are ancient civilizations and urged the two sides to actively increase cultural and educational exchanges.

In today's world, China is an important pillar in maintaining world peace, stability and harmony, he said. 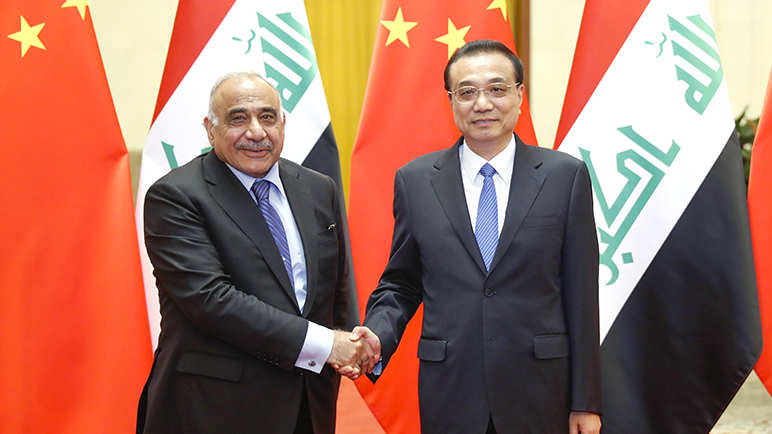 Premier Li said China stands ready to work with Iraq to dovetail the Belt and Road Initiative with Iraq's reconstruction plan and will support Chinese companies keen to take part in Iraq's infrastructure construction. He also hopes that Iraq will take forceful measures to guarantee the safety of Chinese institutions and individuals in the country.

Abdul Mahdi said that Iraq is willing to work with China to enhance cooperation in the fields of trade, economy, infrastructure, energy and culture for greater development of bilateral relations. 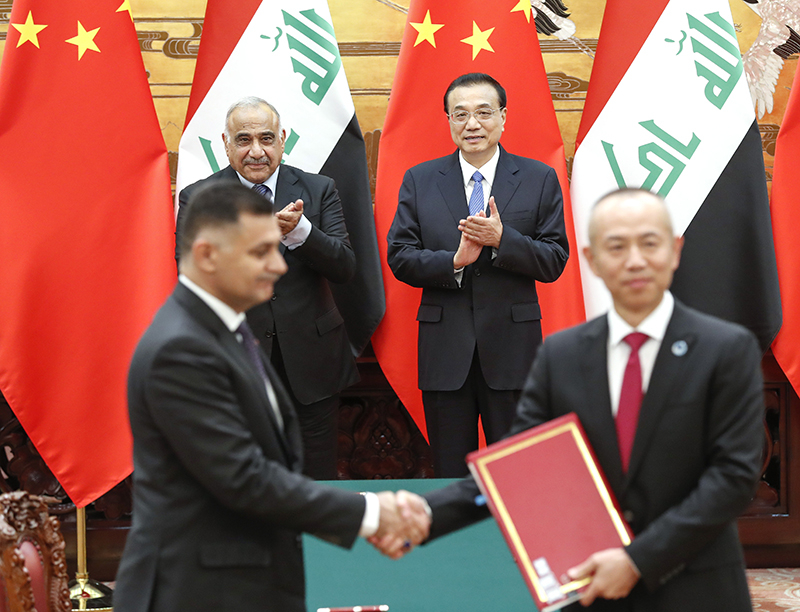 Li and Abdul Mahdi witnessed the signing of a series of bilateral cooperation documents on economy and technology, finance and culture.

Prior to the talks, Li held a welcoming ceremony for his Iraqi counterpart in the Great Hall of the People.