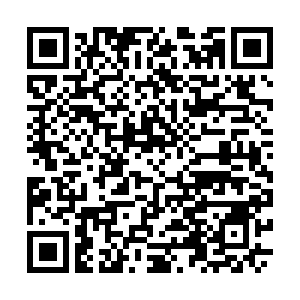 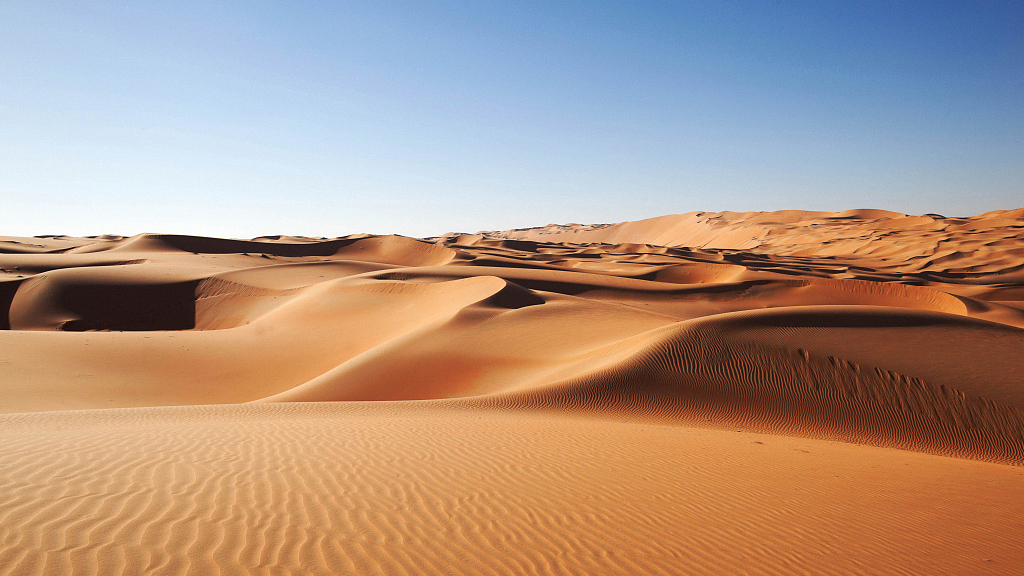 Earth is fast running out of its natural resources, like oil, natural gas, or even water. But what most people don't realize is that there is another crucial resource that is being exhausted at alarming rates – sand.

The world's current reliance on sand is so staggering and the amount used so large that it is now the second most used resource after water.

Though the exact figures are not known, it is estimated that 30 to 50 billion tonnes of sand and gravel are extracted from the planet each year, making it the most mined material in the world.

Sand and gravel can easily be termed as the building blocks of the world. Without sand, there would be no high-rises, roads or high-speed trains, as one of the primary and most extensive uses of sand is in construction material like concrete and glass.

Approximately 60 to 80 percent of concrete is sand and gravel. With more of the world's rural population migrating to urban areas, the demand for concrete and the sand that goes into it is increasing drastically.

Brian McAdoo, a science professor at Yale-NUS who specializes in environmental studies and geophysics, attributes the excessive sand consumption to remarkable growth in Asia.

"Over the last 30 plus years, Asia has been growing at spectacular rates and with that growth comes all kinds of need for development of infrastructure. That infrastructure might include anything from seawalls to roads to buildings; they are all made of concrete."

The situation in Vietnam is so dire that government officials have warned that the nation could run out of sand as early as 2020.

"Sand is one of those amazing resources that you need when you are developing as a country. Vietnam has gone through spectacular development, especially in the last 10 years. Where they need a lot of growth for a lot of buildings, a lot of roads, even things like canals that can actually help with disasters," said McAdoo.

He goes on to explain that "it is a lot cheaper to get sand from within your own country because you have less transport distance. So, even with regulations, you still need the material, and it comes down to basic economics."

Many might wonder how countries could run out of sand when roughly a third of the planet's surface area is desert. Why not just import desert sand?

Unfortunately, that is not an option, especially when it comes to the sand used in concrete. Desert sand has round particles which do not bind well with cement unlike the angular shaped ones found in lakes and river beds.

Furthermore, as McAdoo explains, "When you have desert environments, there is actually a lot of accumulation of salts from the evaporation of water and those salts can actually interact with the chemical bonds that the concrete forms and can cause it to become weaker."

For the other non-concrete related uses of sand, it boils down to convenience and cost.

"There is a lot of transport distance associated with getting sand from a desert to a place like Southeast Asia,"  he said, adding that in Southeast Asia, "You already have a built-in transportation network by way of ships. You can fill up a massive ship with a lot of sand, and float it down the river a lot more efficiently than you can drive in a lot of trucks." 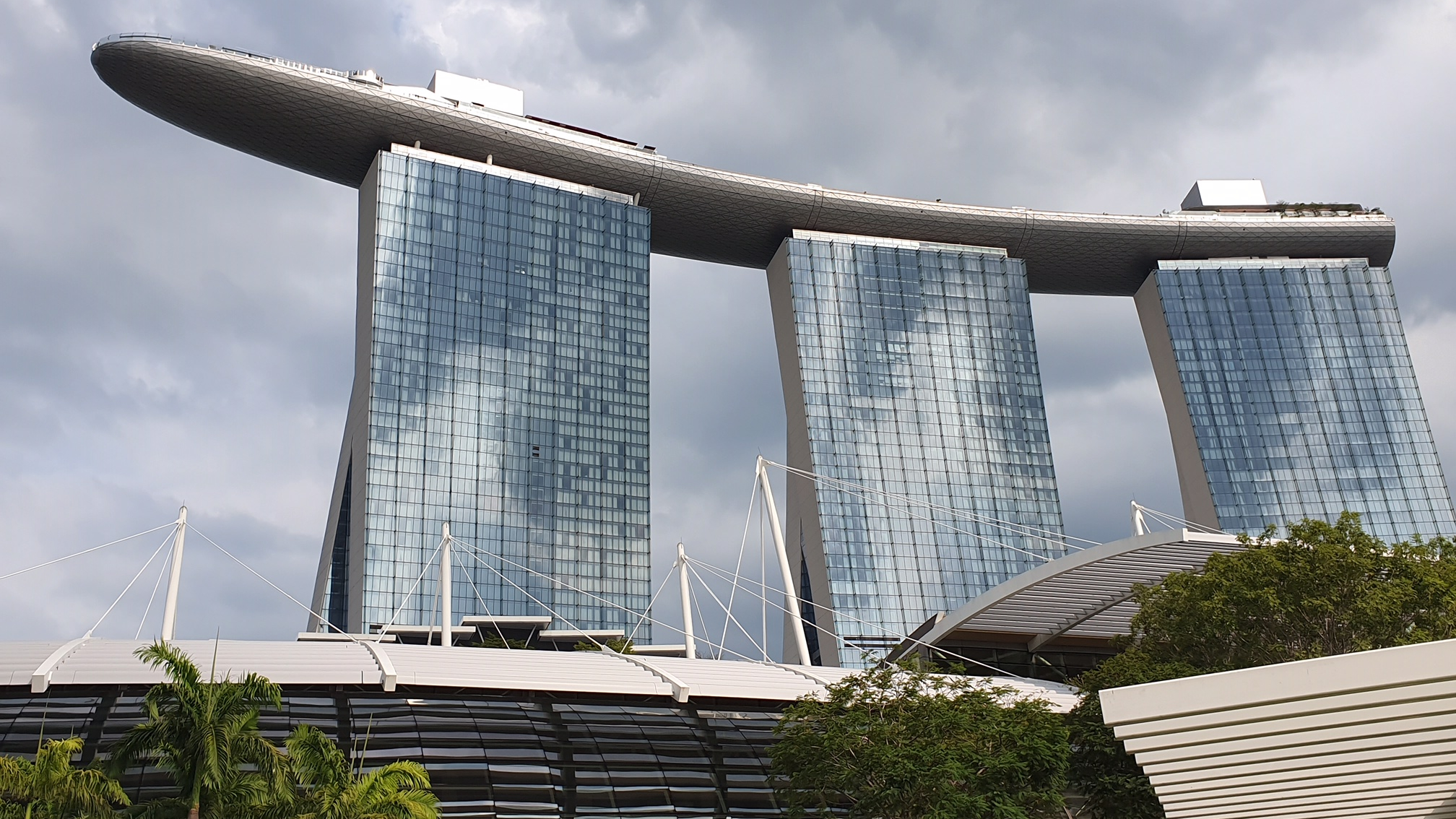 Besides roads and construction material, another area that requires enormous quantities of sand is land reclamation.

Take Singapore for example. The island nation has grown by almost 25 percent in size. Tourist favorites like Marina Bay Sands and Gardens by the Bay are actually built on reclaimed land.

So far, Singapore has relied primarily on imported sand from neighbors like Cambodia, Malaysia, Myanmar, the Philippines and Vietnam. In fact, Singapore is one of the largest importers of sand in the world.

But lately, the resource is hard to come by, as most countries have imposed restrictions or banned the export of sea sand to Singapore, citing environmental reasons. 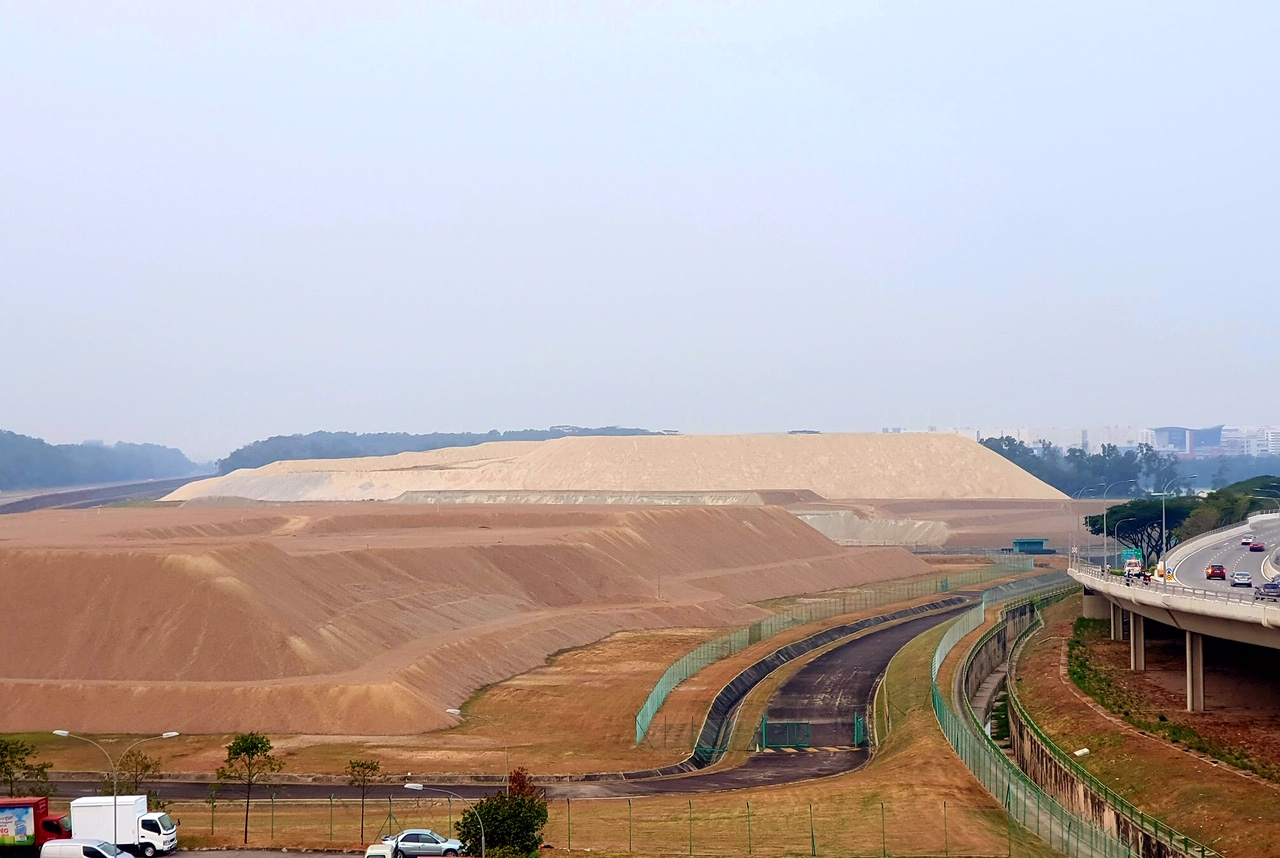 A stockpile of sand in Singapore, 17 September 2019. /CGTN Photo

A stockpile of sand in Singapore, 17 September 2019. /CGTN Photo

In a statement to CGTN, Singapore's Ministry of National Development addressed concerns over the supply of sand.

"Singapore is also exploring other methods of reclamation, such as the development of polders which requires less sand as compared to traditional reclamation. We will continue to work with industry players to explore the use of new and innovative reclamation methods and materials," the statement said.

The polder method involves developing a low-lying tract of land reclaimed from the sea. A dike or wall is built to prevent seawater from entering the polder, and drains and pumps are used to control the water level in the polder.

Singapore is also looking at other alternatives to using sand, like recycling, 3D printing and creating artificial sand or aggregates.

As McAdoo points out, "One thing that Singapore does very well is recycling material, so every time Singapore takes down an old housing development board, an HDB block, they actually take that material and recycle it into other uses." Professor Chu Jian is an associate chair at the School of Civil and Environmental Engineering, and he also serves as the director of the Centre of Usable Space at Nanyang Technological University.

The center is tasked with developing innovative solutions and technologies to create new space, as well as manage existing space and infrastructures for sustainable urban centers.

Professor Chu elaborated that Singapore "can use excavated materials from basement construction, for underground construction."

He further goes on to talk about one of the projects that his team is working on.

"At Nanyang Technological University, we have developed a method for us to do land reclamation from seabed upwards. It would rely purely on other materials to build boundaries and then from there you can do your construction from the seabed upwards," he said.

Apart from sand being a finite resource, it also serves as a major environmental buffer. Having sand on the shore is especially useful during floods, high tides and tsunamis, McAdoo explained.

"We have many different ways where sand can act as a buffer in the natural environment, and if we remove that sand, then we are not going to have those buffers anymore, and people are going to be losing a lot of property and possibly a lot of lives," he said.