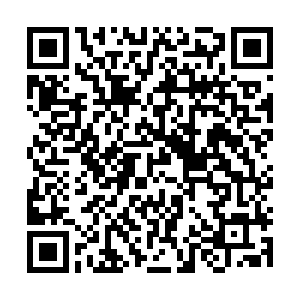 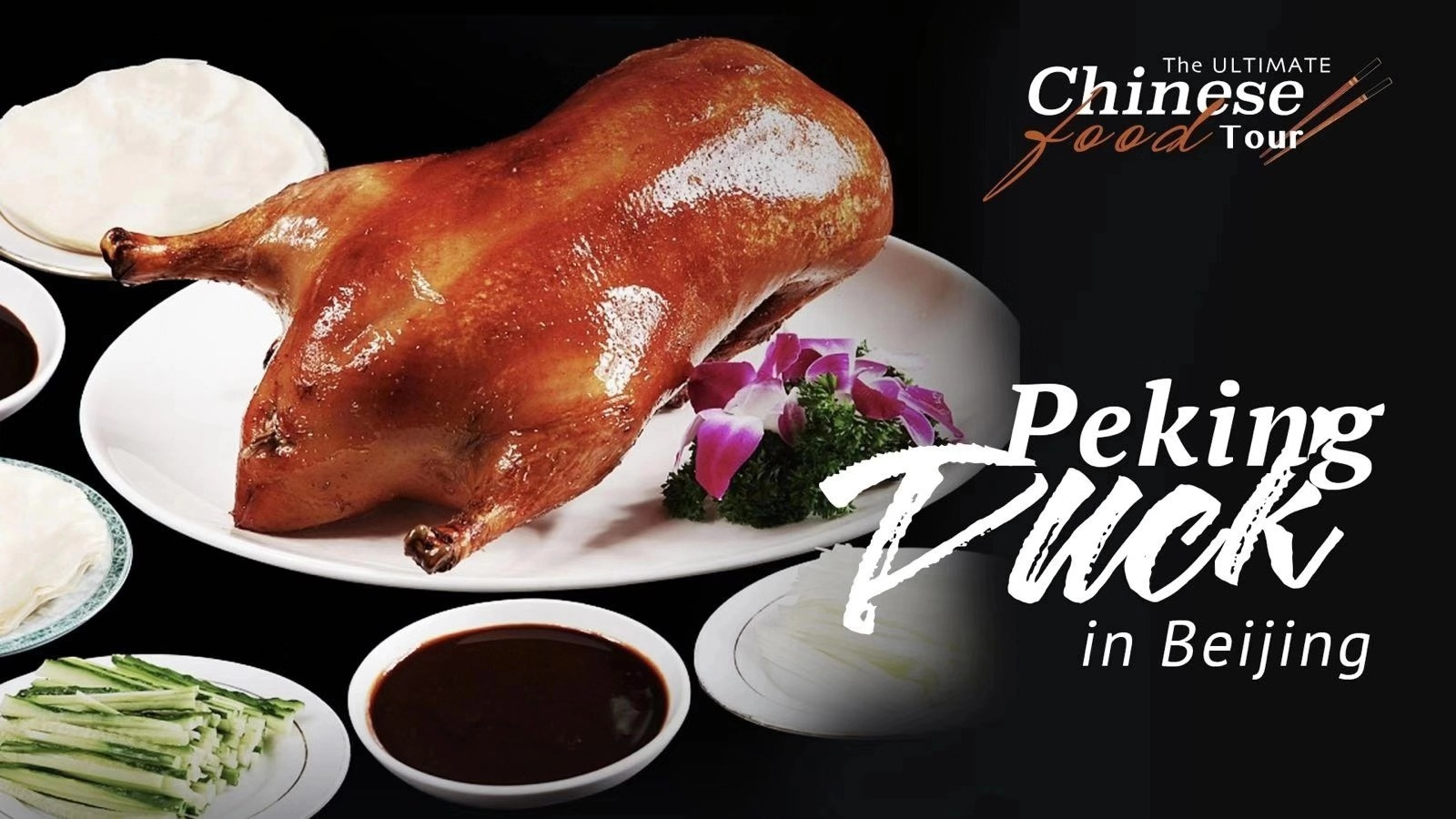 Among the myriad food options, Peking Duck is a must-try.

Since as early as in Yuan Dynasty (1271-1368), the dish has graced the banquet tables of emperors. But you don't need to be royalty to enjoy it today.

In the network of streets sit two storied restaurants known for their Peking Duck — the 600-year-old Bianyifang and Quanjude, which was founded in 1864. The pair have both earned a place on China's national intangible cultural heritage list for their roasting techniques. 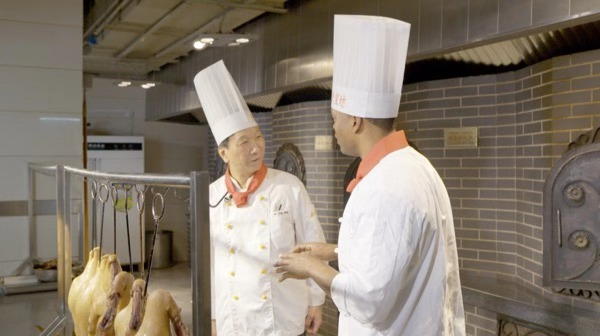 Bai Yongming, the inheritor of Bianyifang's roasting style with 40 years of experience, showed me the ropes. Soup is poured into each duck before hanging inside preheated ovens, which are more than 200 degrees Celsius. Without using an open flame, the ducks are cooked from heat that radiates from the inner walls as the door is shut.

This closed-oven technique is what earned the restaurant a place on the coveted heritage list. Just under an hour later, they emerge a tantalizing shade of golden-brown.

Just down the street, Quanjude's open-oven technique is equally impressive. 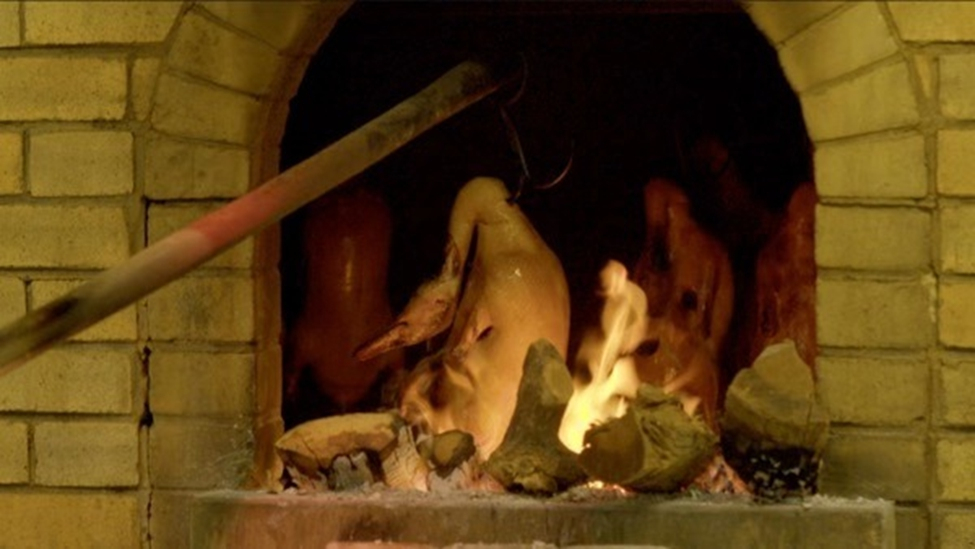 Ducks are roasted over an open flame at Quanjude. /CGTN Photo

Ducks are roasted over an open flame at Quanjude. /CGTN Photo

With an open flame fueled by wood from fruit trees, the inheritors skillfully swing ducks into place. They keep a watchful eye on the roasting birds through the smokey brick opening, and occasionally maneuver them over the flame to even out the color. The eye-catching flames and sound of crackling wood and sizzling juices will draw you in.

The two restaurants take different routes but arrive at the same destination — tasty Peking Duck. And although the end result is what keeps the seats filled, the centuries-old traditions are what make them cultural treasures.