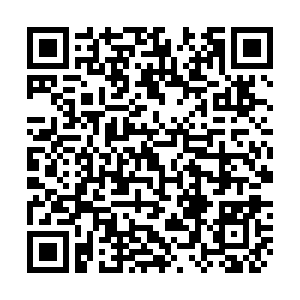 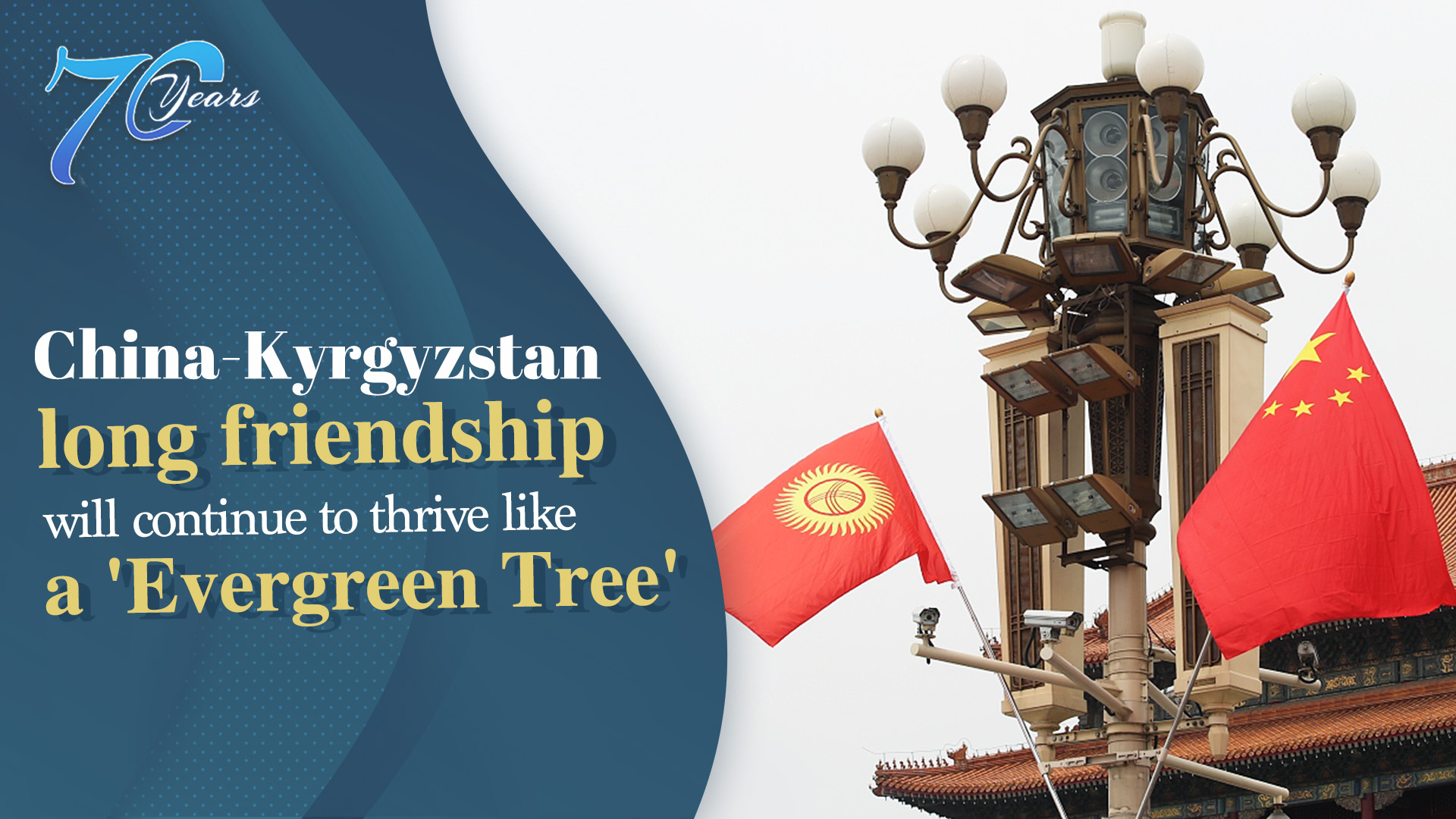 Editor's note: To mark the PRC's 70th founding anniversary, CGTN has introduced a special series "70 Years through Foreigners' Eyes." In the second episode, Djoomart Otorbaev, former Prime Minister of the Kyrgyz Republic and non-resident senior fellow at the Chongyang Institute for Financial Studies, Renmin University of China, shared his views on China's achievement in the past seven decades and Kyrgyzstan’s future relationship with China. The article reflects the author's opinions, and not necessarily the views of CGTN.

At the end of July, I was invited to attend the 9th Dunhuang Tour-Silk Road International Tourism Festival in Hezuo, Gansu Province. On the way from Lanzhou to Hezuo, we drove 230 kilometers on a first-class road through beautiful Tibetan landscape. The journey went through dozens of lengthy and excellently designed modern tunnels. The cost of this construction could easily exceed tens of billions of dollars, just to make the lives of fewer than a million people better.

While meeting local authorities, I told them that from pure business points of view, these huge investments simply can't be justified. The direct financial return from that project would be very limited. They agreed, but underlined that these investments in infrastructure aren't based on business principles. The real goals were to achieve social justice through poverty alleviation and harmonious development of that area.

At that moment I realized that this particular project was a clear demonstration of the fundamental qualities in China's development – namely that the society must develop harmoniously, and stronger entities should help the less developed and privileged ones.

Then, a second thought came to my mind. Capitalism has demonstrated strikingly different qualities. The trip to Hezuo reminded me of the famous story of Detroit city in the United States. The dramatic decline in the American automotive industry has made some areas of the once legendary and prosperous city abandoned. People left the homes they lived in for generations. Pictures of mass exodus of workers and their families from the symbol of American capitalism were seen as the unwritten capitalistic message for its citizens – if you can't compete, you will die. 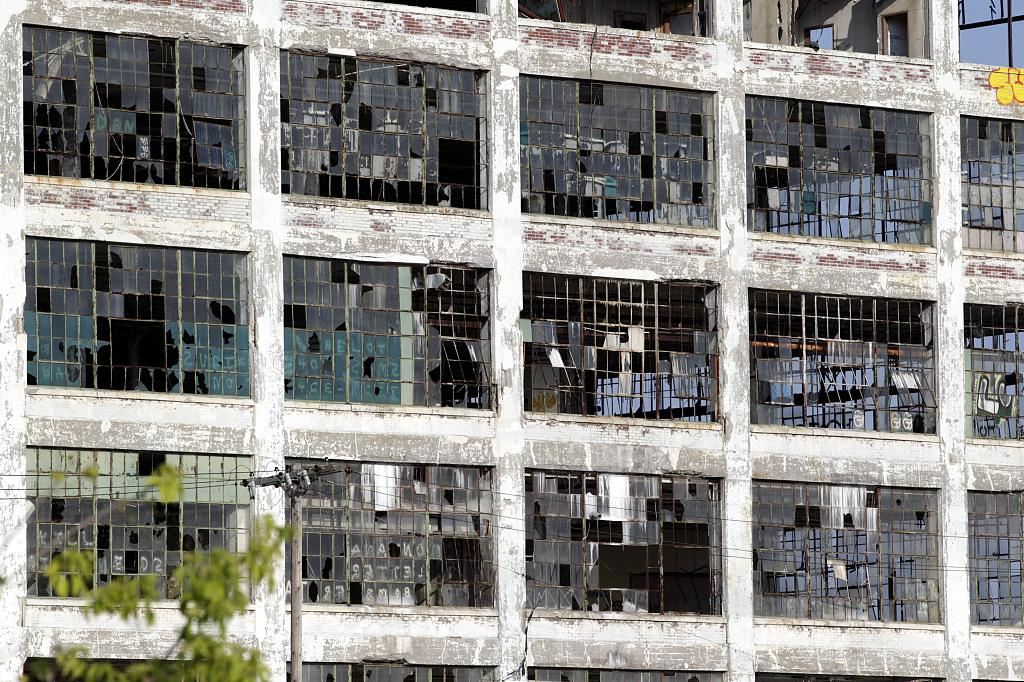 An abandoned factory in Detroit, Michigan, U.S. The picture was taken on July 19, 2013. /VCG Photo

An abandoned factory in Detroit, Michigan, U.S. The picture was taken on July 19, 2013. /VCG Photo

We in Kyrgyzstan, a young and developing country, are very much impressed and proud of this successful development of our big neighbor. The country's transport network has dramatically expanded. By the end of 2018, the total length of railways reached 131,000 kilometers, which is five times more than in 1949, and the length of high-speed railways exceeded 29,000 kilometers. Civil aviation flight routes increased 734 times from 1950 to 8.38 million kilometers in 2018.

China has been successful in the development of the agricultural sector. The total grain production in the country increased from 113.18 million tons in 1949 to 657.89 million tons in 2018.

From 1979 to 2018, the Chinese economy grew on average at an unprecedented rate in world history at 9.4 percent per year, which was much higher than the average global economic growth, which was during the same period just 2.9 percent. Last year, China's GDP exceeded 90 trillion yuan, around 13 trillion dollars. This is in stark contrast to the situation in 1952, when the same figure was only 67.9 billion yuan.

China has constantly increased the level of openness of its economy to the outside world. The country is actively integrating into the world system of division of labor. On its way forward, China is committed to strengthening and to deepening those reforms, focusing on creating a market-oriented top class international business environment.

In specific areas, China is prepared to deepen the openness of the manufacturing sector, including measures to ease restrictions on the share of foreign capital in its economy. The country will welcome the participation of foreign capital in advanced areas such as high technology, electronic information, equipment manufacturing, new materials, and pharmacy. In addition, China will adopt measures to expand the openness of the financial and other branches of modern services, including lifting the restrictions on foreign property of brokerage companies, futures dealers, and life insurers. 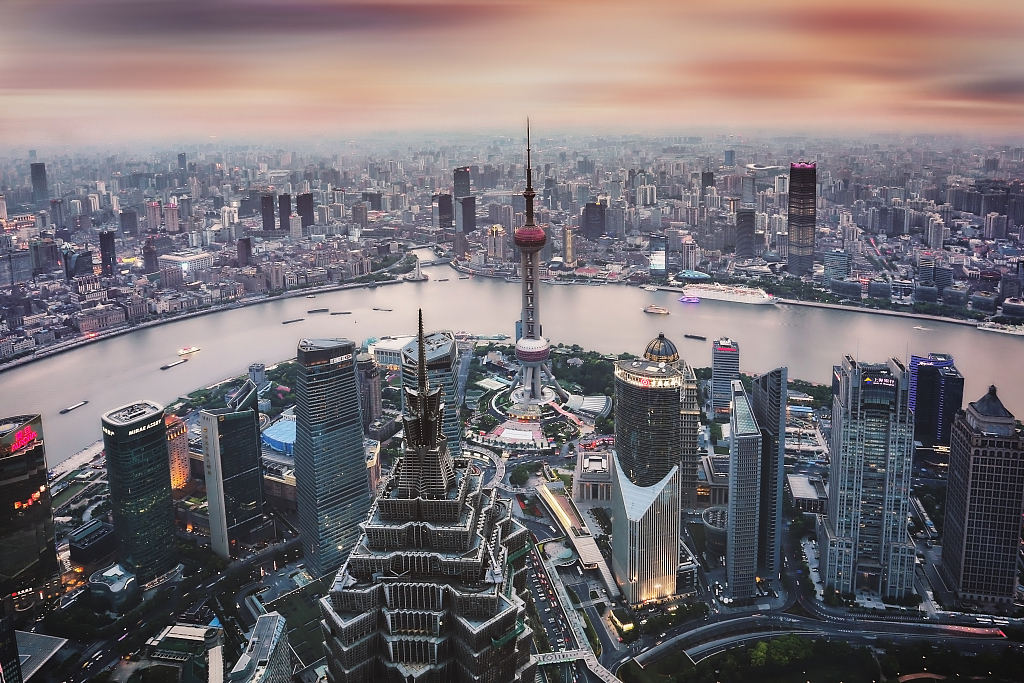 China's 70 years of development has led to the creation of one of the world's strongest economy. The picture shows the skyline of Shanghai. /VCG Photo

China's 70 years of development has led to the creation of one of the world's strongest economy. The picture shows the skyline of Shanghai. /VCG Photo

It is absolutely clear that in the interest of both countries, Kyrgyzstan and China should keep developing in a mutually beneficial collaboration.

Our countries enjoy special bilateral relationships within the framework of "comprehensive strategic partnership." For many years our countries actively cooperated politically, economically and culturally, developing other important ties with each other. President Xi Jinping has made working and official visits to Kyrgyzstan almost every year. And three months ago, he paid his second state visit to Kyrgyzstan.

Prior to his most recent visit, President Xi Jinping wrote a special article titled "May China-Kyrgyzstan Friendship Thrive Like an Evergreen Tree." Looking to the future, President Xi specially underlined that: "In a world undergoing changes unseen in centuries, it is important for China and Kyrgyzstan to join hands and meet the challenges together to ensure the sustained, steady, and healthy growth of our bilateral relations. That is a historical responsibility we share."

"I believe that as long as we stay committed to our longstanding amity and cooperation, the friendship between China and Kyrgyzstan will endure and thrive like the mighty, evergreen spruce trees on the majestic Tianshan Mountains," President Xi concluded.

With such belief, the mutually beneficial collaboration is sure to continue for years to come.