China's contribution to the international counter-terrorism cause
Yuan Sha 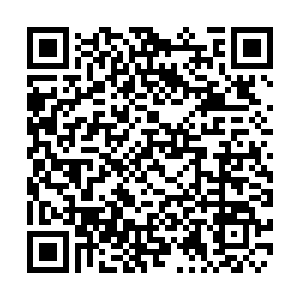 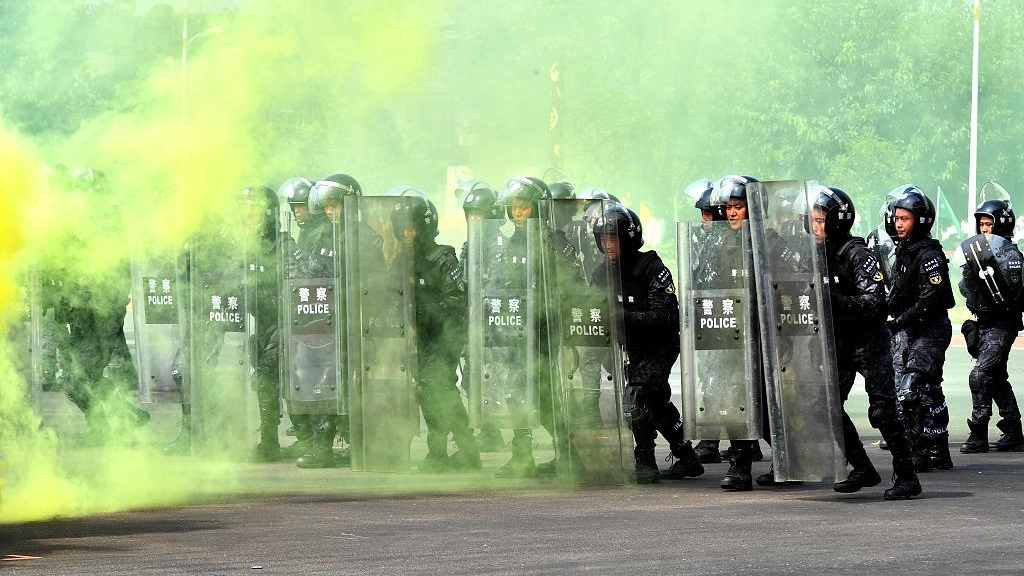 The Chinese State Councilor and Foreign Minister Wang Yi addressed the UN Cooperation with Regional and Sub-regional Organizations in Maintaining Peace and Security while attending the 74th United Nations General Assembly in New York. His remarks highlighted China's special contribution to the international counter-terrorism cause.

Terrorism is a persistent and growing global scourge, which calls for renewed attention of the international community.

First, the decades-old global counter-terrorism campaign led by the West has been proved futile in stemming rising terrorism. Violence begets more violence. From lone-wolf terrorist attacks to coordinated mass shootings, terrorism is taking on new forms, which is becoming harder to detect, disrupt and destroy.

Third, the wave of counter-globalization and rising populism across the West is adding fuel to this trend. Rising hatred projected toward groups based on race, religion, or nationality is sowing alienation and resentment.

Recently, an open letter by UN experts cautioned against hate speech in exacerbating societal tensions with "deadly consequences around the world." The terrorist attacks in New Zealand and Sri Lanka just illustrated the vicious cycle. 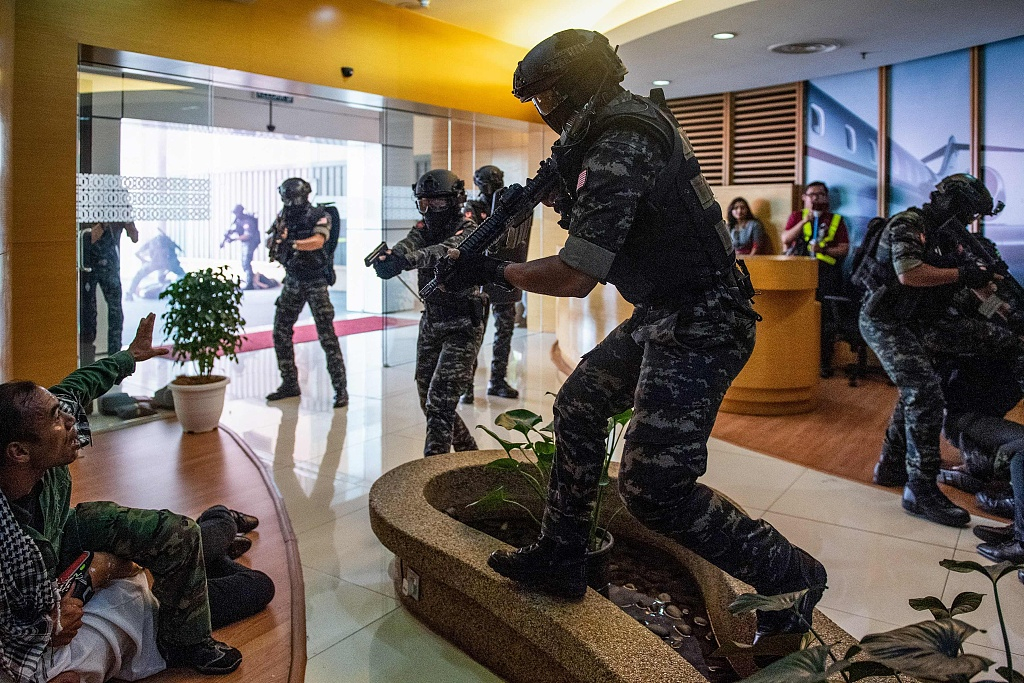 Terrorism destabilizes countries, transcends borders, and poses an affront to the universal values encapsulated in the United Nations Charter. Facing the evolving and more pressing concern of global terrorism, the world needs to stage a united front on global counter-terrorism.

The United Nations has a special role to play in this. By adopting a global counter-terrorism strategy and Plan of Action to Prevent Violent Extremism, the UN is leading a concerted effort to fight against terrorism and sending a clear signal that terrorism is unacceptable in all its forms and manifestation.

China's preventive measures in fighting against terrorism in the Xinjiang Autonomous Region is a valuable contribution to the global counter-terrorism cause. And China's active role in United Nations peace operations and regional organizations such as the Shanghai Cooperation Organization is a positive force in guarding against cross-border terrorism.

With the UN Sustainable Development Goals (SDG) 2030 approaching, China's achievement in poverty reduction can also help the international community, especially the less-developed countries, to tackle the root cause of terrorism. By alleviating poverty, reducing inequality, improving education and health care, society would be more resilient against adversities and inoculate against radical ideas.

But genuine and effective international cooperation sometimes confronts difficulties in reality. In a world of renewed geopolitical competition, there is a tendency in some countries to stigmatize rival countries' legitimate counter-terrorism efforts.

China's counter-terrorism efforts in Xinjiang is facing smear in Western countries. However, it is a distorted and malign depiction of the facts on the ground. In fact, people of different ethnicities in Xinjiang suffered greatly from terrorism for so long.

Terrorism and extremism pose an existential threat on the life, property, freedom and human rights of the local people. No cause or grievance justifies terrorism. The international counter-terrorism cause should refrain from double standards and half-hearted cooperation. 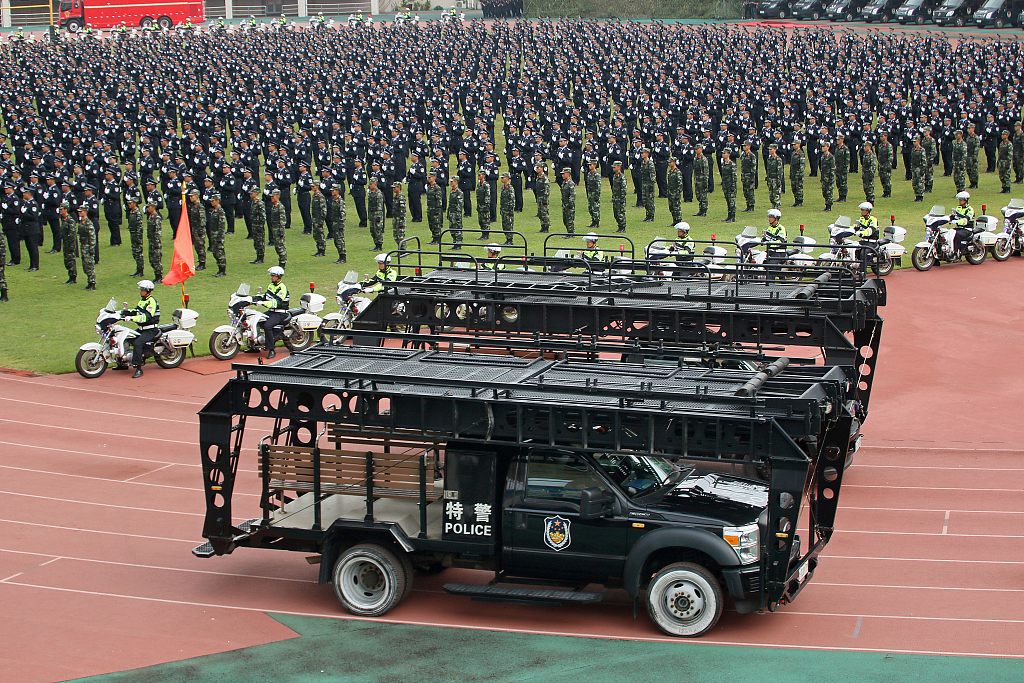 The Chinese government's preventive counter-terrorism and de-radicalization measures have made positive progress in restoring social stability in Xinjiang. By setting up education and training centers, the government has helped people in Xinjiang to better their lives economically, socially and psychologically.

During the past three years, there has not been a single case of violent terrorism. It has also attached great importance to preserving the religions and unique culture there. In an open letter to the President of the UN Human Rights Council, 50 countries signed and expressed their support for China's policies on the Xinjiang-related issues.

China has been trying to make its counter-terrorism effort more transparent by inviting Western diplomats, journalists and scholars to Xinjiang to dispel the misunderstandings. With the hard-earned progress, China still has a long run to go in this endeavor to earn respect and support of fellow countries.