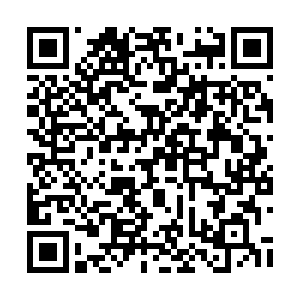 "In the last years, China has been one of the main investor countries in Angola and, according to unfinished statistics, until now the Chinese investment volume already exceeded 20 billion U.S. dollars," said the Chinese Ambassador in Angola, Gong Tao, quoted by Portuguese news agency Lusa.

Reviewing 17 years of investment, the Chinese official in the African country said that in that period China helped build and repair 2,800 kilometers of railways, 20,000 kilometers of roadways, build 100,000 social houses, more than 100 schools and 50 hospitals.

In a press conference in Angola's capital, Luanda, the diplomat declared that Angola's debt to China decreased, based on a report on "China-Angola relations according to the eight initiatives proposed in the 2018 Beijing Summit of the Forum on China-Africa Cooperation (FOCAC)." This report was requested by the Chinese Embassy in Angola to the Center for Studies and Science Research (CEIC) of Angola's Catholic University. 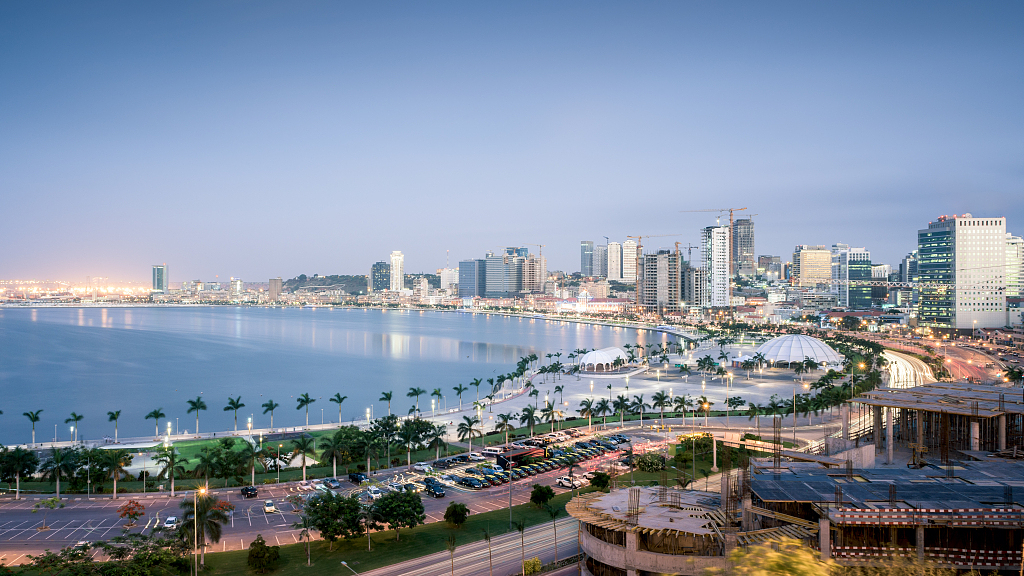 China has a fundamental role in Angola's economy since it's the major commercial partner and the biggest creditor.

"Until the first quarter of 2019, Angola debt to China was evaluated in 22.8 billion U.S. dollars, representing 48 percent of the total. Comparing to 2017, when the debt was of 23.2 billion, there is a decrease, evidence that Angola is complying with the debt service," says the report.

Acknowledging that the Angolan economy is going to a very critical phase with three recessions in 2016-2018, the document emphasizes the necessity for investment to boost the economic activity and ensure employment creation for more than 3.6 million unemployed people in the country (28.8 percent unemployment rate).

According to the report," Angola-China cooperation in recent years has been really important to the funding of national reconstruction," through the construction and rehabilitation of several economic and social infrastructures.

Data shows that China's participation in the public investment program, in 2015, represented 70 percent of the total, more than 398 million U.S. dollars, only in that year.

The Export–Import Bank of China (Eximbak) was responsible for most of that investment, which then materialized in the construction of hospitals in the cities of Dundo and Mbanza Kongo; and water supply systems in different municipalities.

There is also the construction of the electrical production plant of Soyo, supported by the Industrial and Commercial Bank of China and built by China Machinery Engineering Corporation (CMEC).

"The infrastructures mentioned are only a small sample of how Chinese investment has significantly contributed to the country's development," says the report, noting the development could have been greater had the resources been better managed. 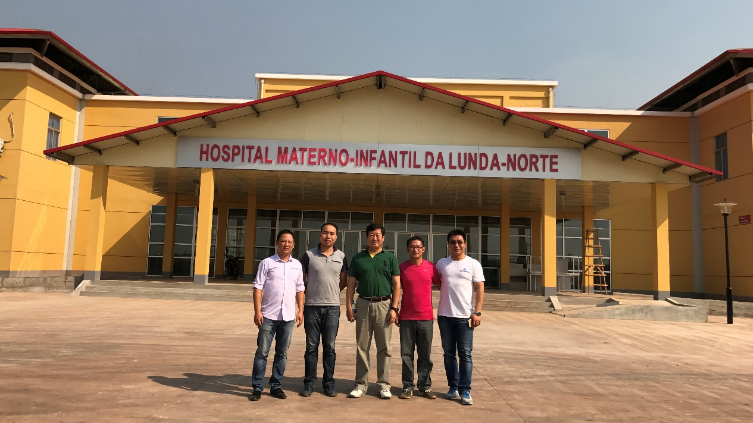 China National Complete Engineering Corporation (CCEC) representatives in a inspection visit to the Women's and Children Hospital in Dundo, a project financed by Eximbak. /Photo courtesy of CCEC official website

China National Complete Engineering Corporation (CCEC) representatives in a inspection visit to the Women's and Children Hospital in Dundo, a project financed by Eximbak. /Photo courtesy of CCEC official website

Since 2007, China has been the most important Angolan partner in terms of crude oil export, leaving the U.S. behind. As total crude exports decrease, the percentage destined to China continues to rise. In 2018, crude exports to China represented 65 percent of the total, and in the first quarter of 2019, that percentage increased to 68 percent.

In terms of imports, between 2012 and 2018, China represented an average of 12 percent of the total Angola imports.

The report considers that crude export revenues are 10 times higher than the value paid by Chinese imports, so Angola has a positive trade balance.

But CEIC emphasized that in the future and for the relations to remain healthy and long-term, it's "essential" that Angola can also export added-value products and not only petroleum. For that, the African country suggests that China helps develop Angola's industrial capacity.

The authors consider that the Angolan government should take advantage of Chinese expertise in agriculture, health, technicians' education, and exchange programs.

Gong Tao assured that China will continue to invest in the country according to its necessities, but also alerted to the fact that the Angolan counterpart should make efforts to guarantee the safety of investors. The official remembered that there are cases of Chinese nationals robbed and kidnapped.

The report supported this statement, saying that some Chinese businessmen also complained of robberies and insecurity. So the document stresses the need to guarantee public and judicial safety of investors willing to bet on the country's economy.

Guande: A case of success 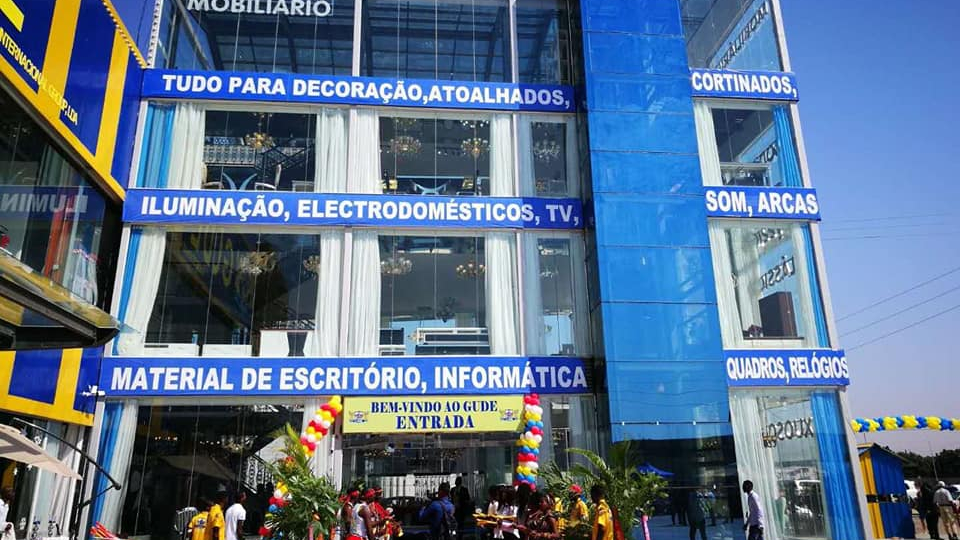 Guangde International Group is one example cited in the report for the creation of employment and contribution to national production and an increase in non-mineral exports.

The group invested 230 million U.S. dollars in the "Vida Gude" shopping centers, where they also sell furniture Made in Angola by their factories. The shopping units have around 200 employees and the 11 factories employ 1,185 people. With a new battery factory coming in operation another 400 Angolans will be employed with this Chinese group.

This factory will produce batteries for the internal market and for countries in the Southern African Development Community, contributing to a rise in exports. The unit is expected to come into operation this month.