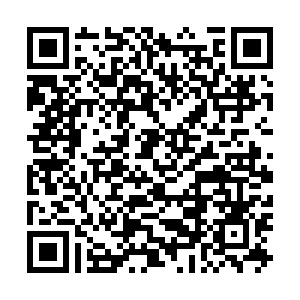 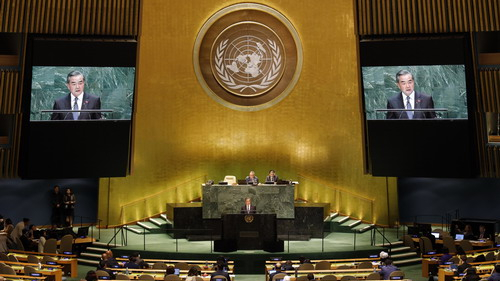 On September 27, Chinese Foreign Minister Wang Yi made a formal address to the United Nations General Assembly. As the country gets ready to celebrate the 70th founding anniversary of the People's Republic of China, the foreign minister's speech is not only a note to the world on its 70 years' journey, but more importantly, a show of China's commitment to the world in the next 70 years and beyond.

Just as Wang elaborated in his speech, the new era is indeed different from the past. China is now "more confident and capable than ever before to achieve the great rejuvenation" and is "in a better position than ever before to make greater contribution to humankind." At the heart of this is the fact that China's experience has proven its value and belief to be true – that each country has its own unique condition and we share this world.

Wang has made clear it is not the responsibility of a great nation to export its beliefs and force changes in other countries. Each country has a unique historical background, political culture, and economic condition. China itself benefits from following an unique development model. And China sees the difference among other nations and recognizes the same model wouldn't work on everyone. As a result, China doesn't impose. China believes that sharing experiences, providing assistance, and cooperating with each other as equals are cornerstones to foster global development. 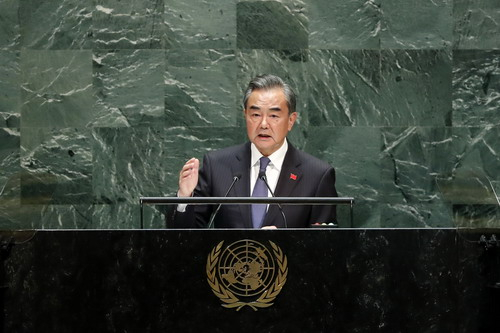 "China will continue to safeguard world peace and prosperity and promote development and advancement of humankind", Foreign Minister Wang Yi said in his address at the General Debate of the 74th Session of the UNGA in New York, September 27, 2019. /Photo via fmprc.gov.cn

"China will continue to safeguard world peace and prosperity and promote development and advancement of humankind", Foreign Minister Wang Yi said in his address at the General Debate of the 74th Session of the UNGA in New York, September 27, 2019. /Photo via fmprc.gov.cn

The United States has become the torch bearer of unilateral and protectionist actions. To benefit itself and impose its own will onto others, the U.S. government has pressured, threatened, and sanctioned countries into complying with U.S.' demand against their own interests. The result is the turmoil we are currently seeing. With U.S. waging conflicts across the globe, countries are forced to experience economic downturns on a global scale, and in some cases, cause chaos at home.

Wang's speech has demonstrated that China is taking up its responsibility to resolve conflicts and help the global community recover. We live in the same world together, and what happens in some parts of the world could influence countries thousands of miles away. Whatever one may say about how they feel about this, this has become a reality in the international community. Conflict in one region could very well impact people in another.

As Wang outlined in his speech, from Iran to the Korean Peninsula, China is ready to participate, facilitate, and lead cooperative efforts in finding a way forward that's beneficial to people. And joining the Arms Trade Treaty is China's commitment to guarding the world against conflicts.

Unlike the U.S., whose unilateral withdrawal from the Intermediate-Range Nuclear Forces Treaty has forced more uncertainty upon the world, China is committed to prevent military weapons and equipment from proliferating in unregulated pockets of the global community.

"China has never been and will never be an onlooker." This is how Wang Yi characterizes China's position in the international system. China's experiences and achievements have shown the world that each nation is unique and that no other country has the right to force its own judgement upon others. At a time when the international system is under assault, China is going to stand up for it.