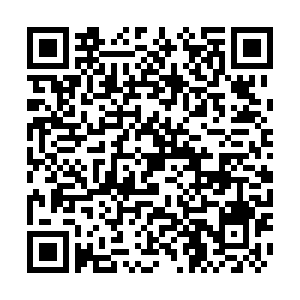 Confucius is one of the greatest Chinese philosophers, educators, and cultural figures, known for his ideas and aphorisms.

He is the founder of "Confucianism" and regarded as the "sage" by Chinese people. September 28 is his 2570th birthday and also a day to remember this Chinese sage. 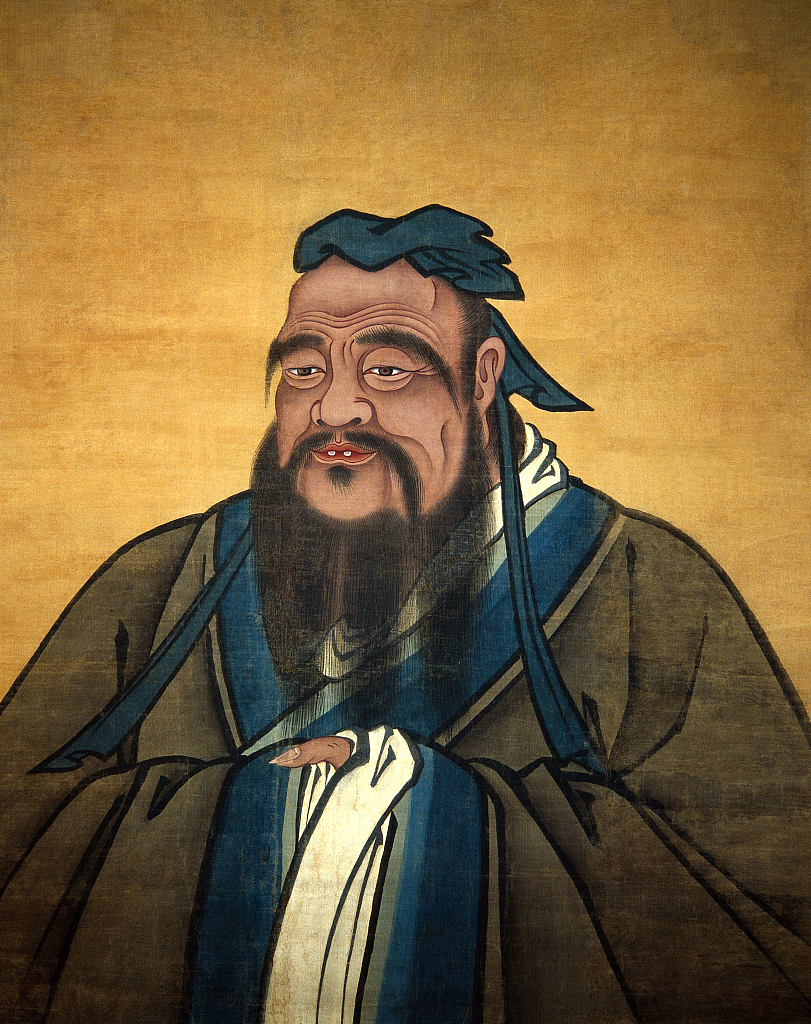 Confucius is also known as "Kong Fuzi" in Chinese. He was born in Qufu, east China's Shandong Province back in 551 B.C.

Confucius showed his wisdom and erudition at an early age. "At the age of 15, I set my heart on learning," which is quoted from his literature "Analects: Do Politics."

He studied history, mathematics, music, politics, and more. He had political aspiration and hoped to make a difference in politics. However, his political career didn't go well. So later in his life, he found far greater success as a teacher and became one of the greatest educators in Chinese history.

He espoused lifelong learning "for the sake of the self," meaning self-knowledge, and self-improvement. Although Confucius' ideas and thoughts were not widely accepted in his day, over 2,000 years later, his thoughts and philosophy are still guiding millions of people in modern times. 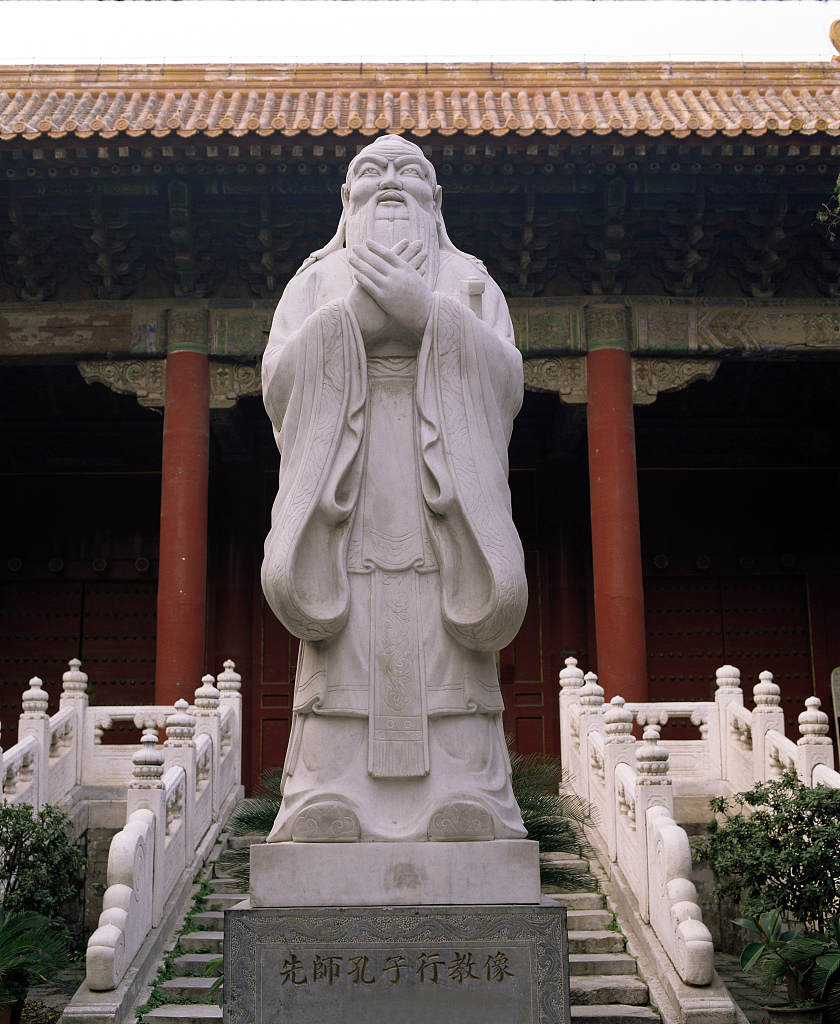 A statue of Confucius in China. /VCG Photo

A statue of Confucius in China. /VCG Photo

As the founder of "Confucianism," Confucius has constructed a complete ideological system of "De and Dao," which refers to morality in traditional Chinese culture.

Confucianism occupies an essential place in the history of Chinese culture and also influenced other counties, such as Korea and Japan.
Confucius' philosophy places emphasis on schooling and good education has been regarded as the leading way to move up in society, which still influences education in many Asia countries. Parents pay great attention to their children's study, and the education system is highly competitive. 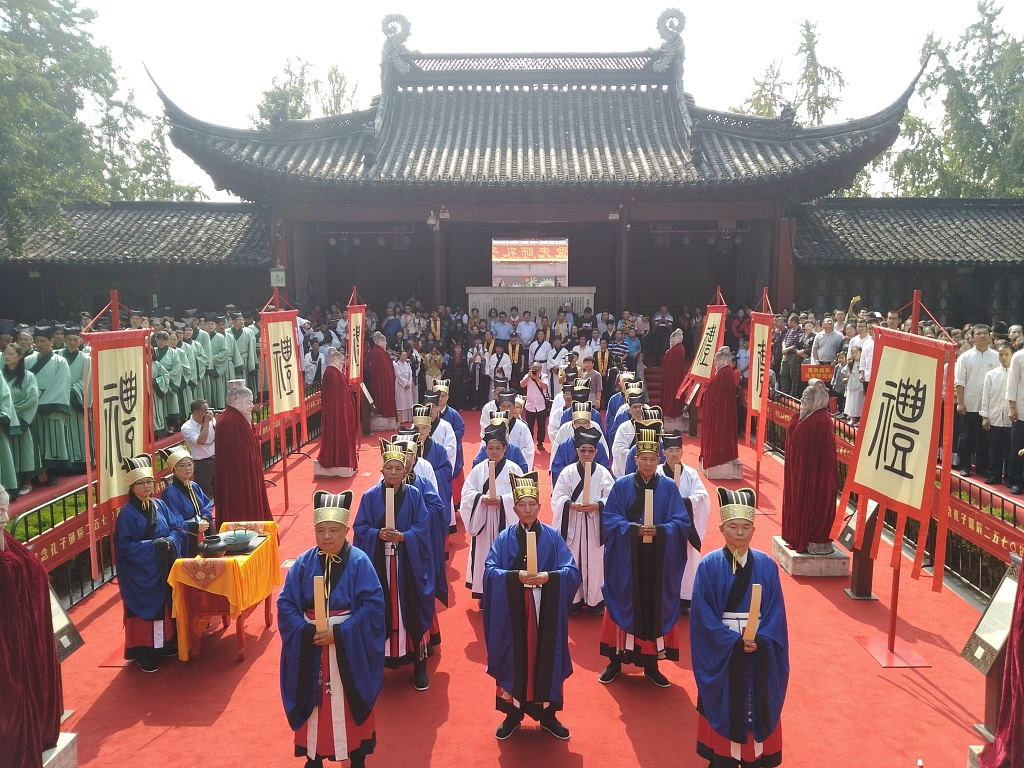 A ceremony is held to mark the 2570th anniversary of the birth of ancient Chinese sage Confucius in Nanjing, east China's Jiangsu Province, September 28, 2019. /VCG Photo

A ceremony is held to mark the 2570th anniversary of the birth of ancient Chinese sage Confucius in Nanjing, east China's Jiangsu Province, September 28, 2019. /VCG Photo

There are quite a few movies, TV series, and plays based on Confucius and his life story. The latest one is the biographical film "Confucius" starring Chinese superstar Chow Yun Fat in 2010, which grossed 18.6 million dollars.

With over 2,000 years gone by, Chinese sage Confucius is still influencing people around the globe with his wisdom and foresight.