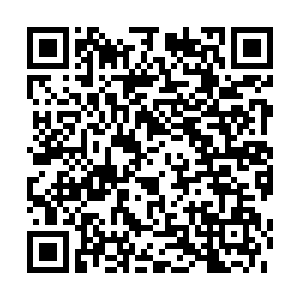 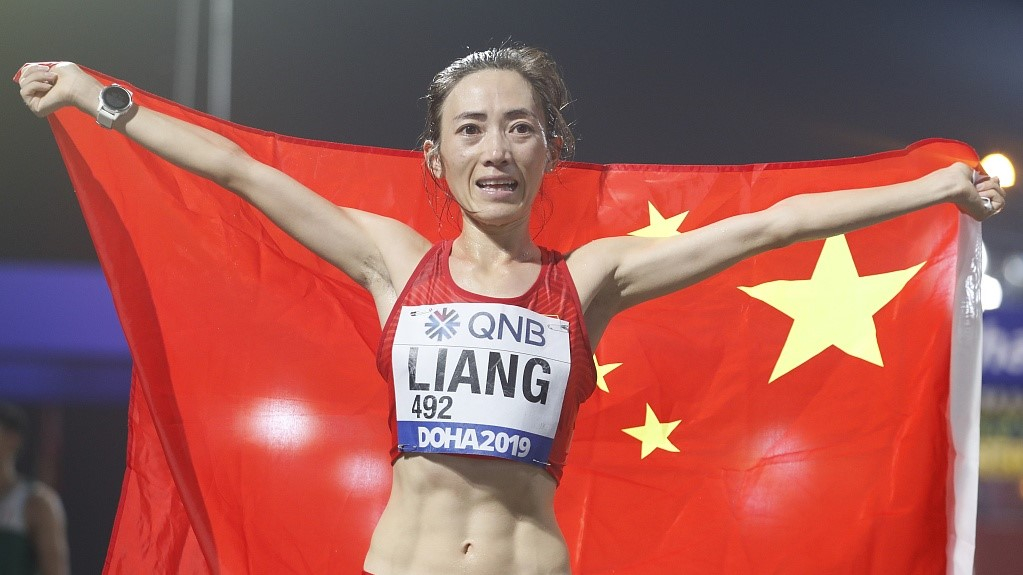 Liang Rui won the first gold medal for Chinese athletes at the IAAF World Championships in Doha, Qatar. The athlete finished the women's 50 kilometers walk with 4:23:26 on Saturday. Liang's teammate Li Maocuo pocketed the silver with 4:26:40.

Women's 50km walk only became a World Championships event two years ago in London where seven athletes contended for the title. In the end, China's Yin Hang and Yang Shuqing brought home the silver and the bronze medals respectively.

The number of participants in this event grew to 24 in Doha this time and China sent three athletes – Liang, Li, and Ma Faying – to compete. Liu Hong, who finished the 50 kilometers at 3:59:15 in China's national race walk championship on March 9, 2019, did not compete in this category. Instead, she will be competing in the 20km event.

Liang and Li made the leading group from the beginning and they were joined by Italy's Eleonora Anna Giorgi, and Portugal's Ines Henriques. This leading group finished the first 10 kilometers in about 55:18. 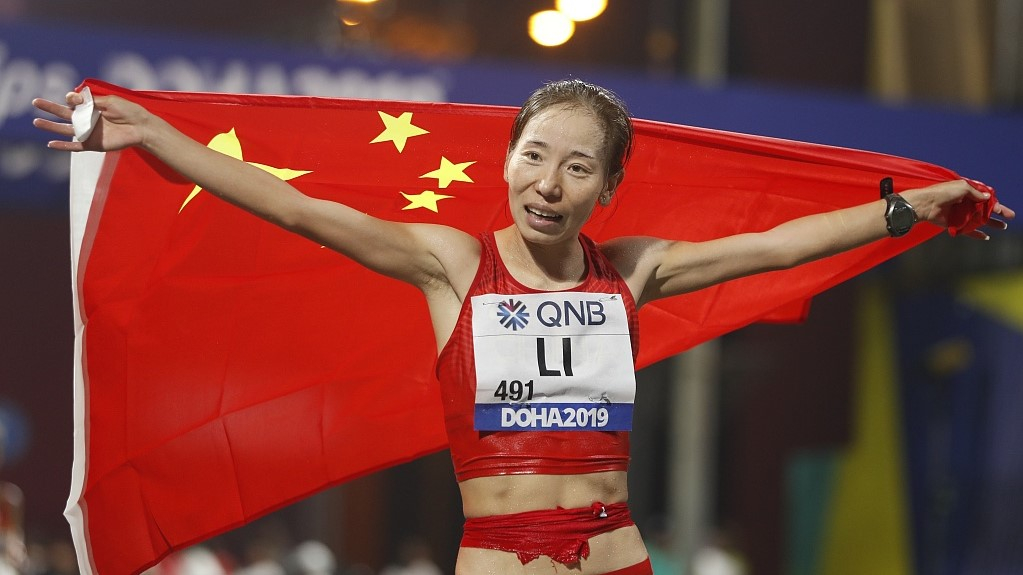 Liang started to speed up when she reached 20 kilometers and soon left other behind, except for Henriques. However, Li began to accelerate and surpass her Portuguese opponent following behind Liang closely. When the two Chinese athletes finished half the course, the timers marked 2:15:04 and 2:15:08 for Liang and Li, respectively.

Liang and Li continued to expand their lead and when they reached 30 kilometers, they were already more than one minute faster than No. 3 Giorgi who won the bronze medal in the end with 4:29:13.

Forty-six athletes attended men's 50km walk but four quit and 14 failed to finish. Japan's Yusuke Suzuki won the gold with 4:04:20, followed by Portugal's Joao Vieira (4:04:59) and Canada's Evan Dunfee (4:05:02). Three Chinese athletes participated in the event. Though Niu Wenbin and Luo Yadong reached No. 2 and No. 3 at 30 kilometers, they failed to keep it before finishing in fourth and fifth place. The other runner from China, Wang Qin did not finish the course.