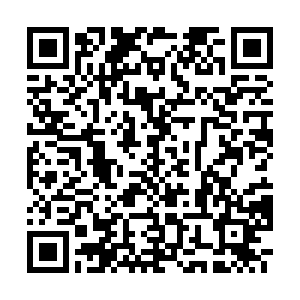 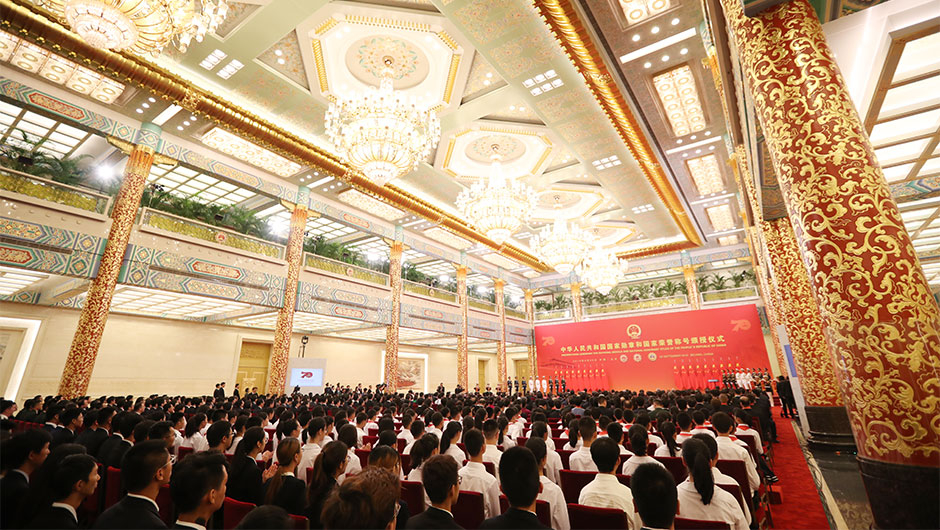 Editor's note: Huang Jiyuan is an opinion editor with CGTN Digital. The article reflects the author's opinions and not necessarily the views of CGTN.

On September 29, 42 individuals were awarded national medals and honorary titles in recognition of their contribution to China. Conferring awards on people is not just about bestowing a high honor upon them; it holds greater symbolic meaning for the country, especially at this juncture.

After 70 years of development, China is entering a new era of development. This era is met with a world order that is descending into chaos. The once free and rule-abiding international system is plagued by unilateralism, protectionism, predatory behavior and an all-or-nothing mentality. The fundamental idea and merits of diversity and cooperation are being questioned and challenged.

This award ceremony is China's confirmation of China's belief and its statement to the world. The list of the awardees includes a diverse group of people from all walks of life. From domestic scientists like Huang Xuhua and veterans like Zhang Fuqing to international dignitaries like Princess Maha Charkri Sirindhorn and Isabel Crook, the awardees are recognized for their contributions to China's development regardless of fame, position or nationality. China recognizes that its development and rejuvenation, though hard-won and hard-earned by all Chinese people, cannot be achieved without the help of citizens from other countries.

China's own development path has shown that cooperation across societies and national borders is crucial in building a robust country and the future. President Xi Jinping has repeatedly expressed China's commitment to building "a community with a shared future for mankind," and he emphasized the commitment again at the awards ceremony. The event, whose guests had different nationalities, languages and social status, was China showing the world its commitment to this shared future.

Attendees at the National Awards Ceremony come from all walks of life and are of different nationalities. /CGTN Photo

Attendees at the National Awards Ceremony come from all walks of life and are of different nationalities. /CGTN Photo

Such a demonstration is refreshing and encouraging at a time when the dominant world power is committing neither to cooperation nor to the promises it made. Flip-flopping on positions, unilaterally imposing its will and hurting other nations' interests solely for the benefit of its own have become a regular U.S. practice.

Politicians in the U.S. have become more than willing to paint everyone with the same brush and take on an us-versus-them mentality. Influential senators like Marco Rubio have accused China of stealing U.S. technology and used it as an excuse to restrict visa applications for Chinese students who wish to study in the U.S. While these senators have claimed to be champions of academic freedom, they have had no qualms about targeting one of the societal groups with the least power to fight back.

The U.S. government has also demonstrated that it has no problem with pressuring anyone who does not comply with its demands. Iran, Russia, China and the EU have all been on the receiving end of either U.S. threats or actual sanctions. To protect and enrich itself, the U.S. has discarded the cooperative spirit that has driven the economic development in the past decades and chosen to betray the very creed that it once propagated.

In this new era, with the international system and value under siege from its originator, it is imperative that countries around the world cooperate in sustaining what has benefited billions of people.

Just like the individuals who were awarded medals and honors are diverse, cooperation must take place not just at the government level but between all levels of societies as well. No one person or one country is capable of creating and sustaining a global order, and no single deed can be important and influential enough to sway a developing trend. It is up to the people. Whether they are a scientist who designed submarines, a retired war hero who tries to help his community to stave off poverty, a princess who pushes for mutual understanding between countries, or an educator who devotes her life to foreign language education, only by pooling all these efforts together could the shared future be built and be prosperous.

China has recognized this; China has awarded this, and China will continue upholding its commitment to this.