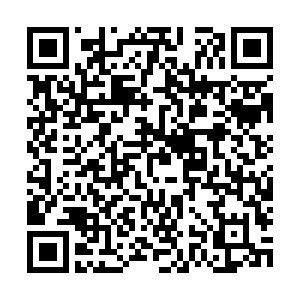 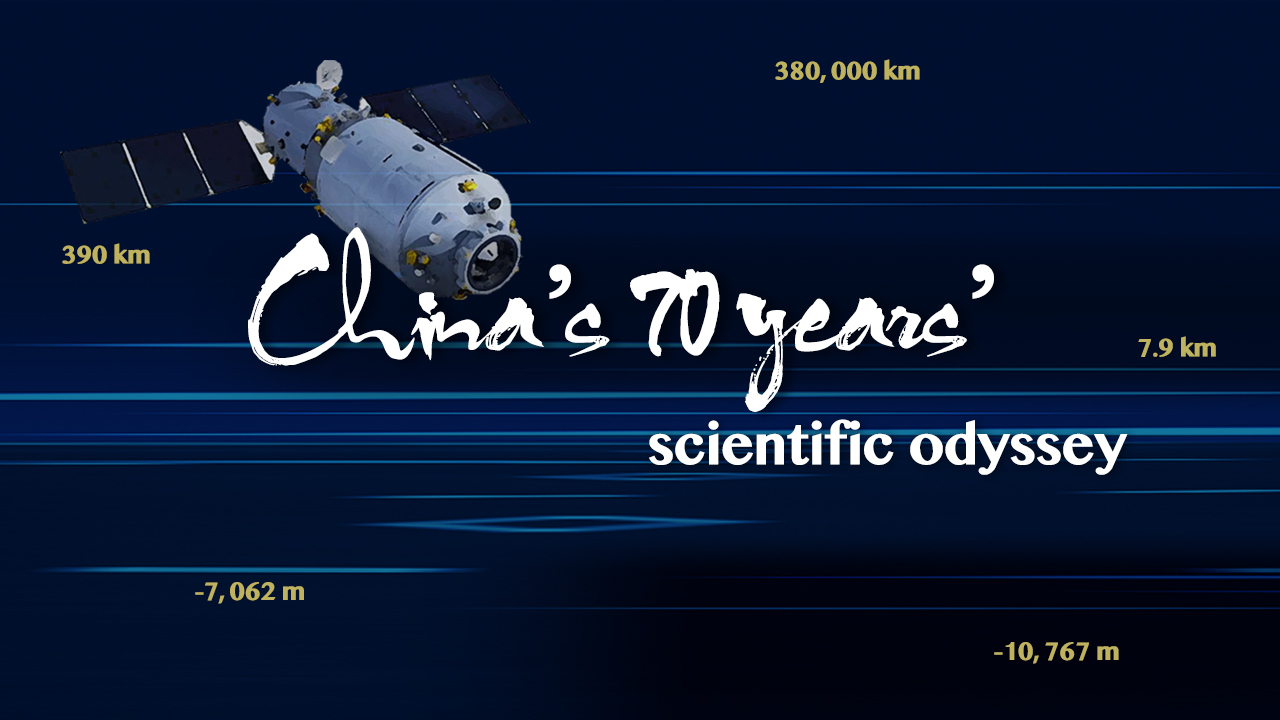 Since its founding 70 years ago, the People's Republic of China has gone to heights – and depths – no one has ever dared to brave thanks to its eagerness for scientific knowledge.

Space: from zero to over 300 launches

China became the fifth country to independently launch a satellite after the former Soviet Union, U.S., France and Japan. However, space flight was no more than a dream at the time.

It took 37 years for China's Long March carrier rockets to complete their first 100 launches, eight years for the next 100 ones, and only four years for the third 100.

Over the past 70 years, China take up increasingly tough challenges, from the launch of Dongfanghong-1 satellite to the first manned spaceship, Mozi quantum communication satellite, BeiDou Navigation Satellite System and Chang'e-4's first-ever soft-landing on the far side of the Moon.

In the future, China will embark on new historical missions such as exploring Mars, returning with samples from the Moon and completing the construction of a space station.

2019 also coincides with the 110th anniversary of China's civil aviation industry, which took off after Feng Ru, a pioneering Chinese aviator, successfully flied an aircraft named "Feng Ru 1" designed and built by his company in California on September 21, 1909.

China's aviation industry has picked up pace over the following years, and the country is set to overtake the U.S. to become the world's largest aviation market by mid-2020s.

C919, China's first homegrown twin-engine trunk jetliner, is designed to carry 156 to 168 passengers in a normal operating configuration up to 5,555 km. The project started in 2008 and the C919 airplane conducted a successful maiden flight on May 5, 2017.

It is expected to get its airworthiness certificate from the country's civil aviation authorities and be delivered in 2021, according to its developer COMAC.

In the past 70 years, China has formed a large scientific and technological team. In 2018, China's R&D personnel totaled 4.18 million people, ranking first in the world. These pioneers have made world-renowned achievements, saving millions of lives along the way.

Nan Rendong, the deceased founding scientist of China's Five-hundred-meter Aperture Spherical radio Telescope (FAST), devoted himself to the construction of the telescope for 22 years.

Nan had been responsible for the site selection, preliminary study, project approval, feasibility study, and preliminary design of the telescope since 1994. As the chief scientist and engineer of the project, he gave comprehensive guidance to the construction and solved a series of technical problems.

Nan was diagnosed with lung cancer before the telescope started operation in September 2016. He kept working despite the illness and flew a long distance from Beijing to southwest China's Guizhou Province to witness the launch of the great scientific project.

Living a simple life with little desire for reputation, Nan made an extraordinary contribution to China's astronomy research, said an obituary published on the website of the Chinese Academy of Sciences.

Chinese President Xi Jinping described him as one of the "leading lights" of the nation. 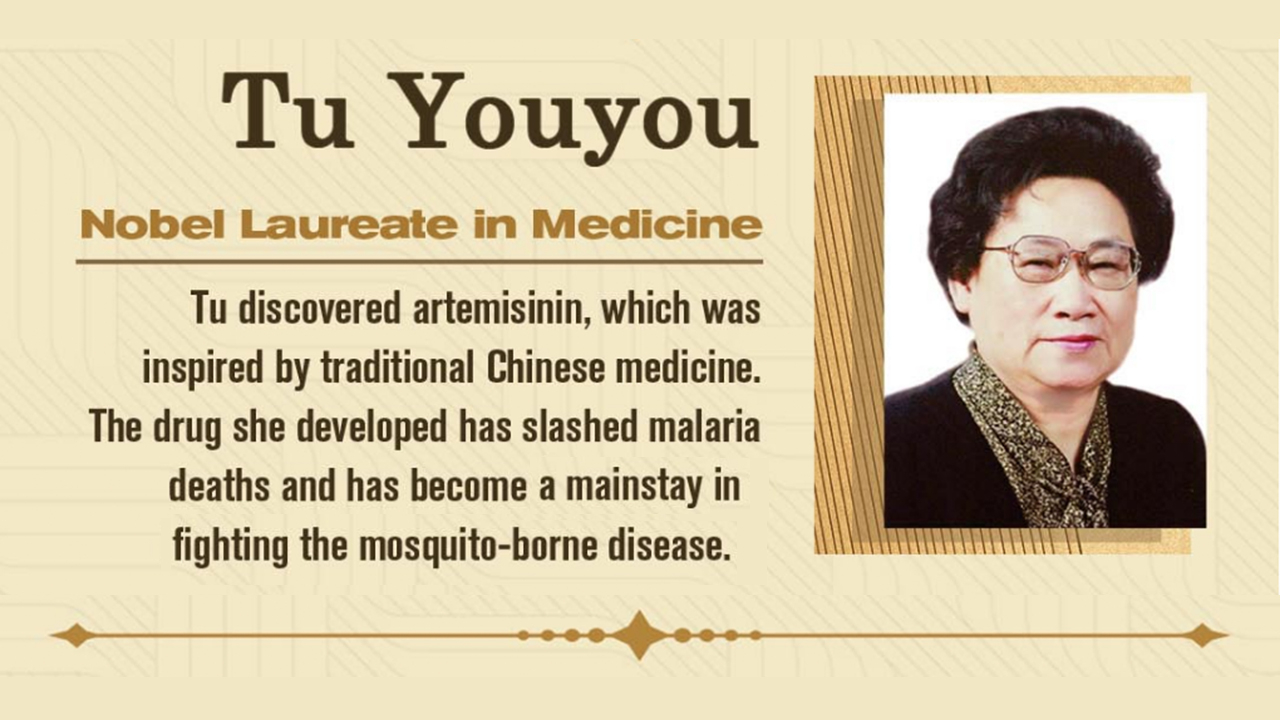 Another household name in the field of science is Tu Youyou, the first Chinese pharmacist to receive a Nobel Prize in Physiology or Medicine in 2015 "for her discoveries concerning a novel therapy against Malaria."

Malaria is listed as one of the world's deadliest diseases by the World Health Organization (WHO), which claims about 500,000 lives a year. Tu's endeavor in this area is seen as critical going forward.

"WHO welcomes the decision to award the Nobel Prize for Medicine for the discovery of artemisinin. It is a great tribute to the contribution of the Chinese scientific community in the fight against malaria," the WHO had said. 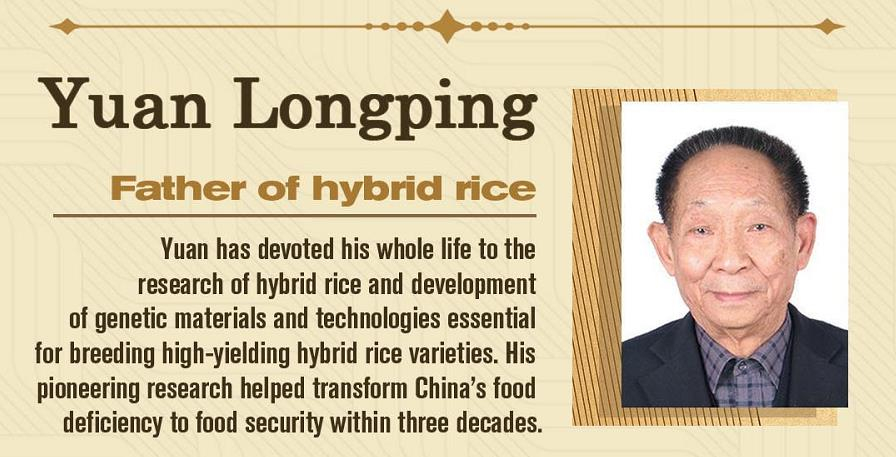 Another admirable name is Yuan Longping, known as the "father of hybrid rice."

Most recently, a team led by Yuan succeeded in growing a salt-resistant strain of rice, which can boost food production and feed millions of people in the future.

Both Tu and Yuan were awarded the Medal of Republic this year for their extraordinary contributions.

Rolling in the deep… sea 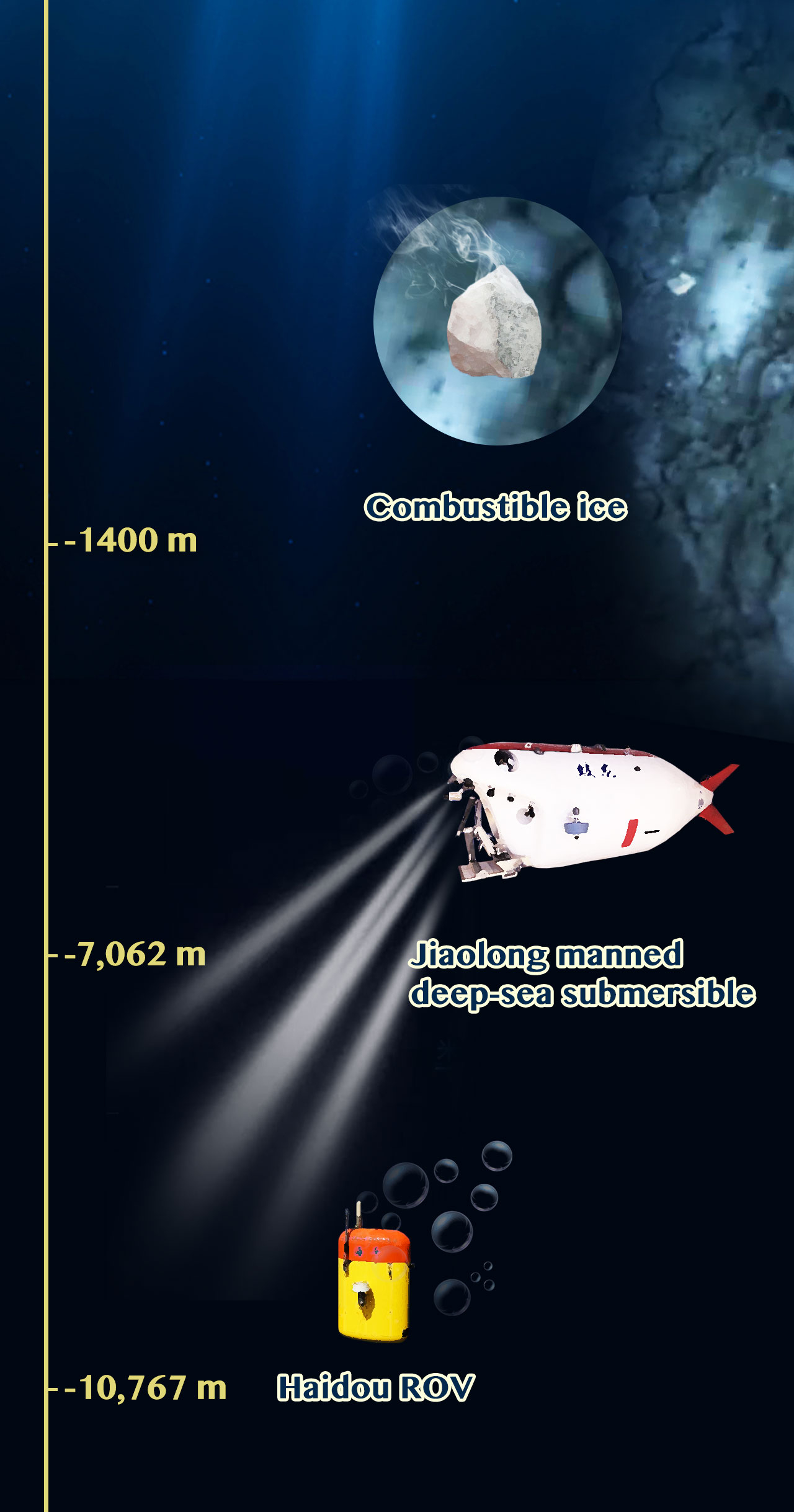 China has been striving to get to the bottom of the underwater wonders, and bring to surface the scientific mysteries that have so far eluded scientists.

In the Mariana Trench, known as the "fourth pole" of the Earth, China's first self-developed manned deep-sea submersible Jiaolong dived to a record depth of 7,062 meters on June 27, 2012.

It is currently the deepest operational manned submersible in the world.

With another unmanned submersible "Faxian" (Discovery) during a scientific expedition, Chinese scientists discovered natural gas hydrate, or combustible ice, exposed on the seabed of the South China Sea for the first time.

They carried out an on-site detection, showing that the fast-generated combustible ice is not a single cage structure, but contains a large amount of free gas, like methane and hydrogen sulfide. This was also a world’s first in verifying the conclusion with in-situ Raman spectroscopic data.

"China is leading the world in combustible ice exploration, whether it is about theory, techniques, machinery, or engineering," said Ye Jianliang, director of Guangzhou Marine Geological Bureau.