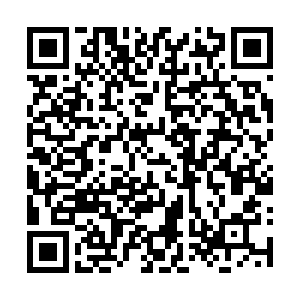 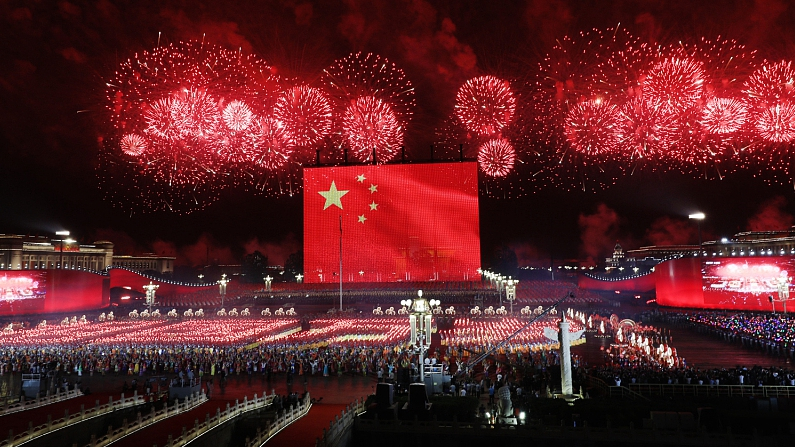 Chinese President Xi Jinping and other leaders attended the event from the Tian'anmen Rostrum. The gala featured fireworks, music and dance performances, turning Tian'anmen Square into an open-air stage. 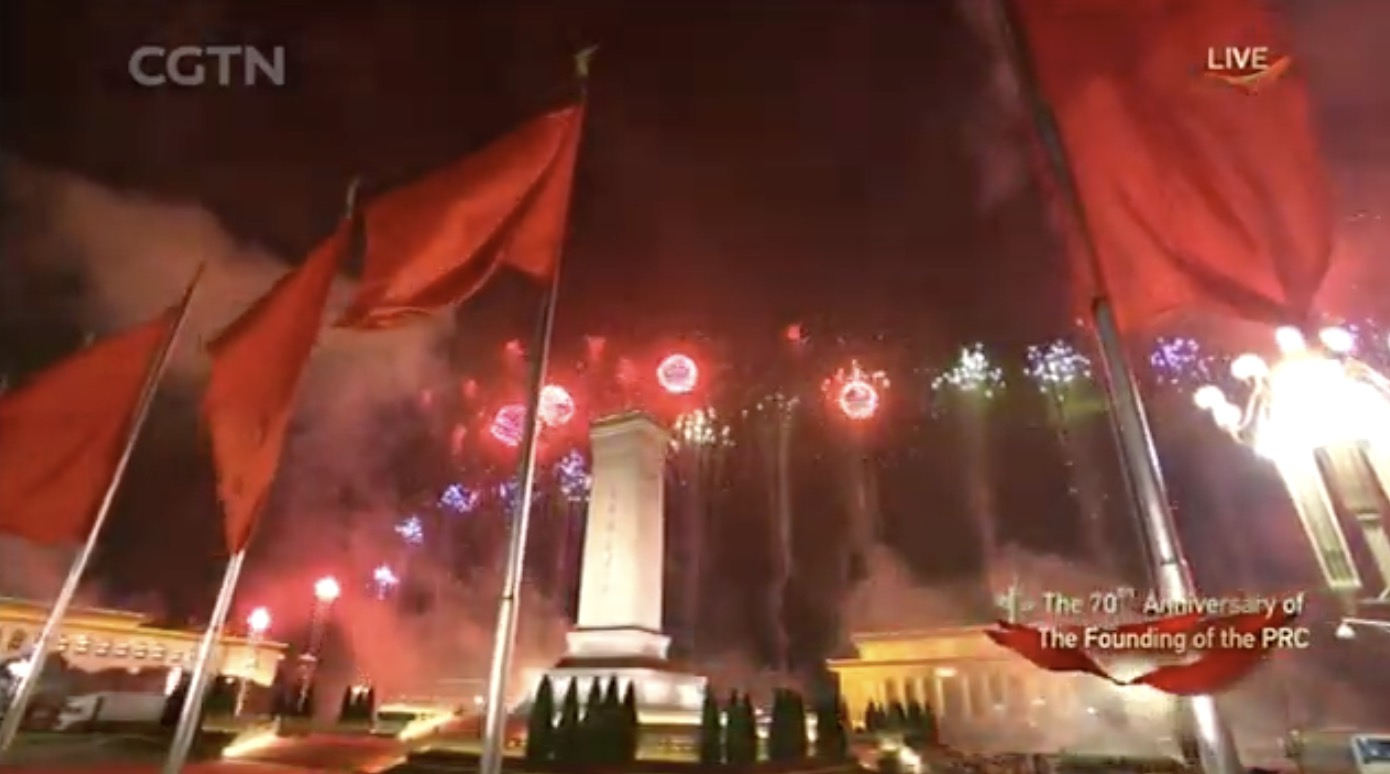 The gala kicked off promptly at 8:00 p.m., with 70 columns of synchronized fireworks shooting into the night sky above Tian'anmen Square, representing the 70 years since New China was founded.

Another set of fireworks also formed the number "70" in the night sky.

A total of 60,000 people aged six to 66 years performed in the square. Among them were people from all walks of life, including farmers, workers, teachers, doctors and deliverymen.

A visual and acoustic feast 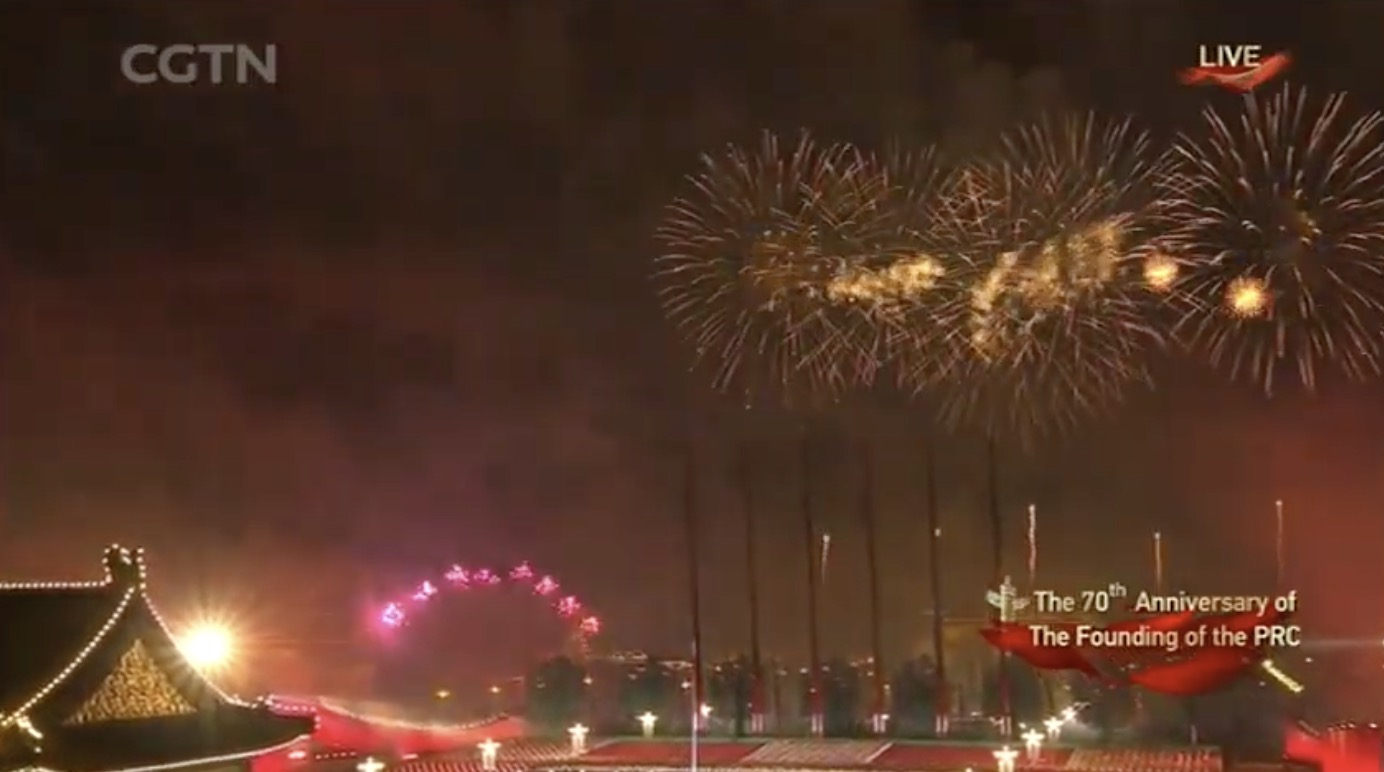 Tian'anmen Square was divided into four parts, with different programs showcasing performances brought by both artists and the public. An orchestra was also brought to the square, offering the audience a visual and acoustic feast.

In the first chapter of the themed performances, people dressed in the traditional clothes of China's ethnic groups and performed traditional dances.

Fireworks of various shapes, colors and sizes added more charm to the singing and dancing, while LED screens were used to create special light effects.

Some intangible cultural heritage elements were also vividly reflected in the gala. Lion and dragon dance numbers wowed the audience in Tian'anmen Square as celebrations to mark the 70th anniversary of the founding of the People's Republic of China (PRC) continued.

Both performance types were added to China's Intangible Cultural Heritage List in 2006 and have long been representatives of Chinese culture overseas.

The performers danced to the song "The Mountains, the Waters, and the People are All Smiling." Onlookers could hear a lot of familiar songs.

At the end of that part of the show, the mascots of the 2022 Winter Olympic and Paralympic Games joined the performers. "Bing Dwen Dwen," a giant panda in thick winter clothes, and "Shuey Rhon Rhon," an adorable red lantern, were unveiled last month.

The performance mixed tradition with technology as dancers collectively created different shapes while moving to the melody of "In the Field of Hope."

The song expressed how the life of Chinese farmers changed after the reform and opening-up policy.

They also use the LED screen in their hands to transform into different shapes with different music. The screen also showed different pictures with the theme of music.

In such a grand gala, Chinese martial arts could not be absent. Kung fu masters brought their martial arts skills to the stage as they took part in the gala event at Tian'anmen Square on China's 70th National Day.

The martial arts masters moved in sync, with great coordination and precision to the song "A Man Should be Self Reliant."

The music of the song, adapted from the ancient Chinese tune of "General's Command," is also the theme song of the film "Once upon a Time in China" (1991).