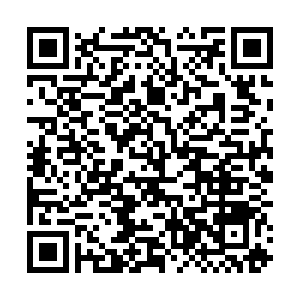 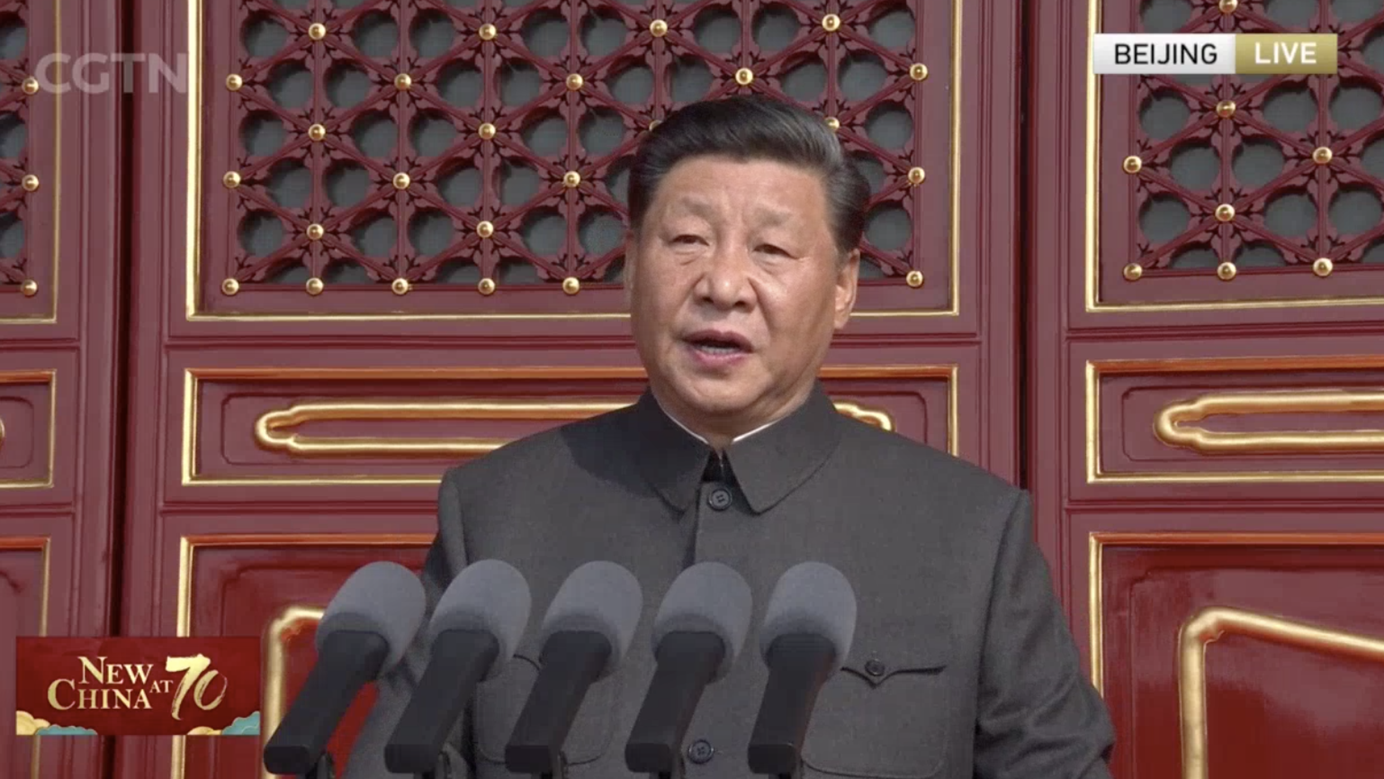 In his speech at the grand gathering for the PRC's 70th founding anniversary, Chinese President Xi Jinping reiterated the importance of peaceful reunification and peaceful development.

Sovereign integrity is a prerequisite for China's rapid growth in the past seven decades. To this end, the "One Country, Two Systems" principle was advocated in the 1980s. While "One Country" ensures China's core national interests, disparate social systems could shape different economic landscapes and thus instill more vitality to the country's economic growth.

Thanks to the principle, Hong Kong gradually turned to an innovative and financial hub that could rival Silicon Valley. In the meantime, Macao's economy has maintained an annual growth rate of over 10 percent since its return to the motherland.

However, a prosperous and stable China is not what some exterior forces are happy to see. They are using every possible means to taint the "One Country, Two Systems" principle and drive a wedge between the Chinese mainland and the two Special Administrative Regions. It is an open secret that the ongoing tensions in Hong Kong are, to a large degree, a result of exterior intervention. 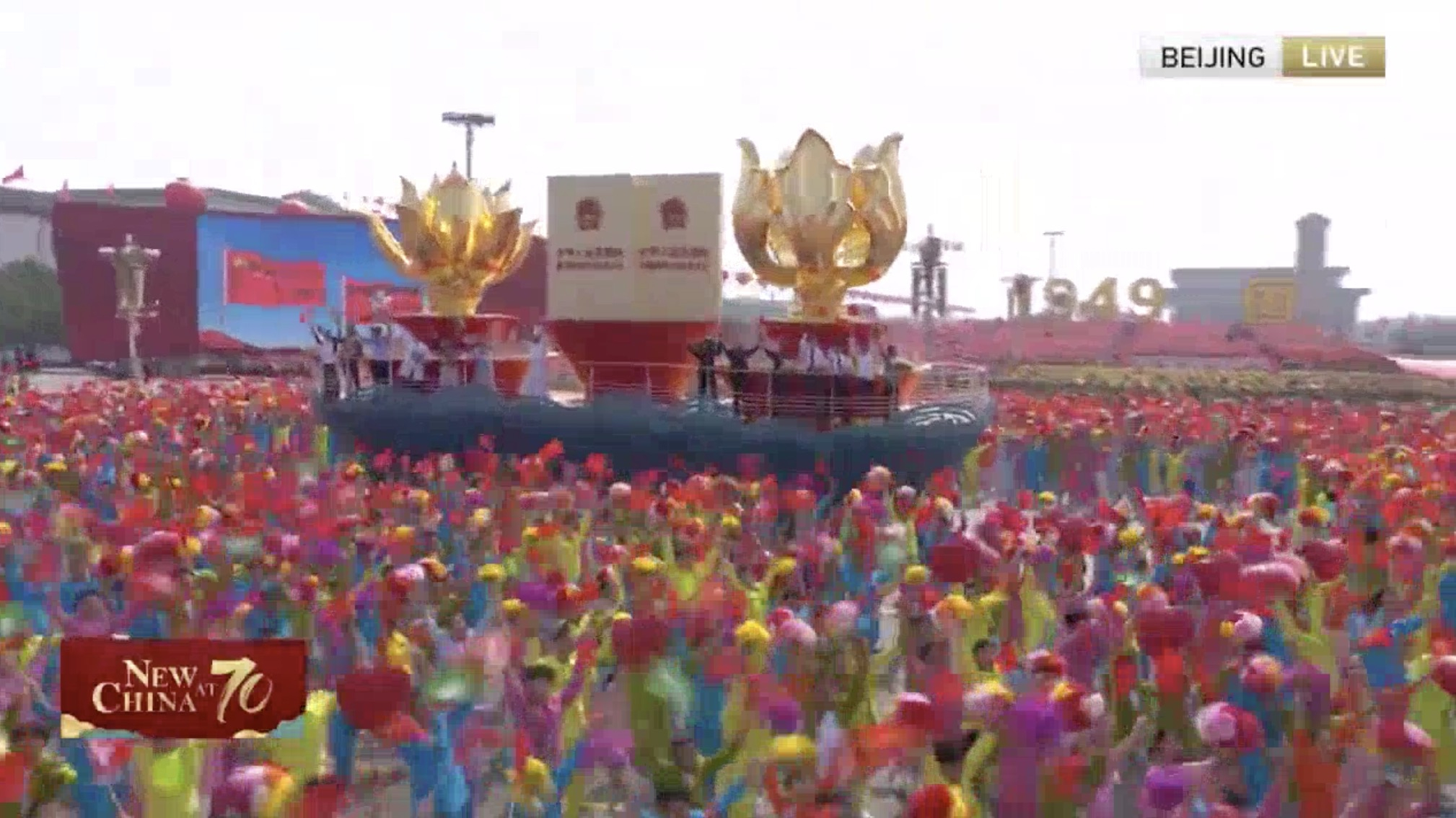 These challenges must be dealt with seriously and the adherence to the "One Country, Two Systems" principle is the solution. This is why President Xi, at such a grand gathering on October 1, re-emphasized the principle.

While "One Country, Two Systems" guarantees a high degree of autonomy in Hong Kong and Macao, the two cities can also seize numerous opportunities from the Chinese mainland. For instance, the Guangdong-Hong Kong-Macao Greater Bay Area has enormous investment and commercial potential for the two cities and can serve as an engine for their economic growth.

Economy is the solution to the majority of political and social unrest. If all Hong Kong people, both the upper class and grassroots, could take a share of the city's economic growth, a handful of radical "advocates" would not be manipulated by exterior forces in the protests. The "One Country, Two Systems" principle is the only approach to achieve economic well-being among all citizens, not protests. 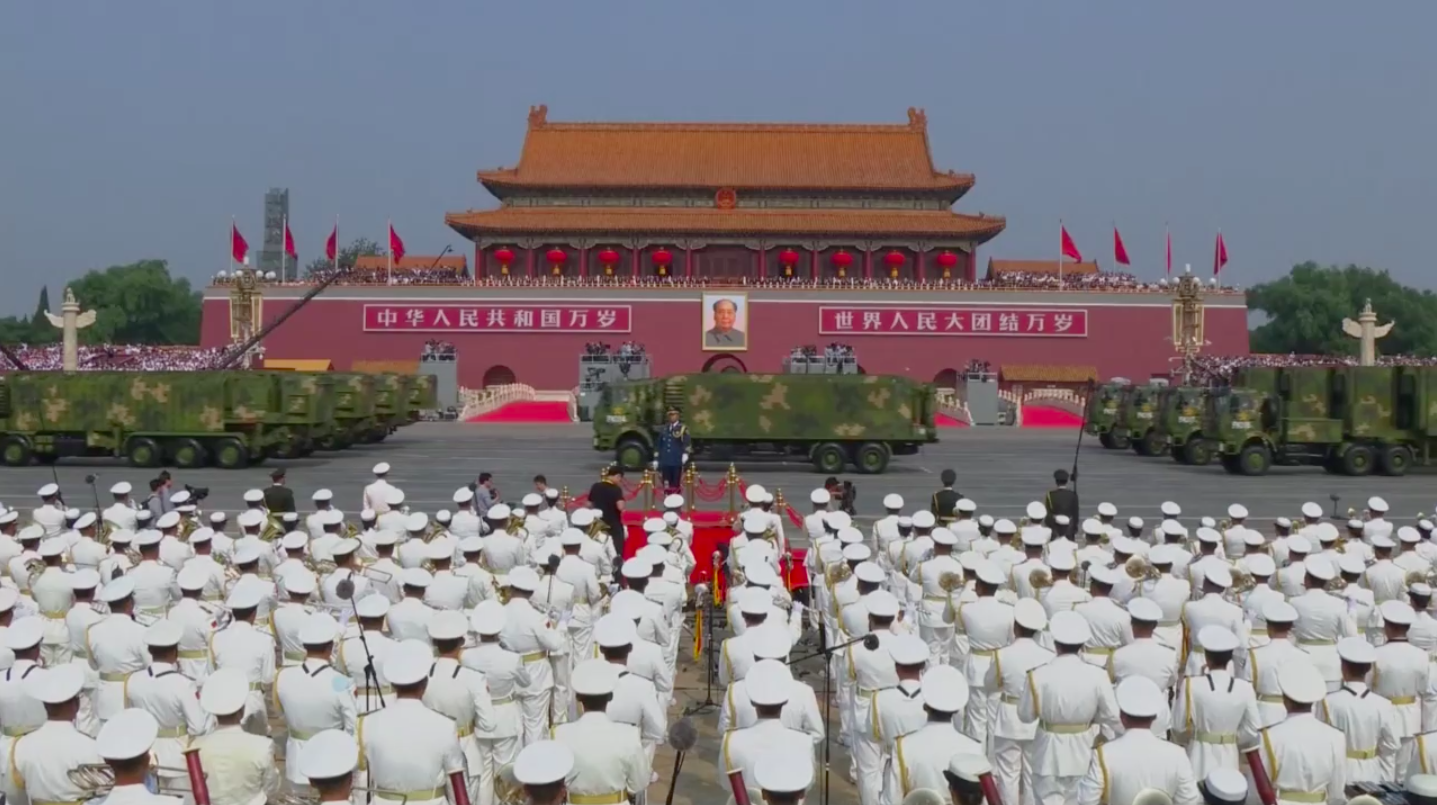 "Peaceful development" is another keyword in President Xi's speech. The ultimate purpose of China's military construction is to safeguard peace, not to expand the its sphere of influence. It should not be interpreted in the context of ambition. However, Western forces are obstinate in hyping China's military "threat." Opinions of China are "negative" across most of Western Europe, according to the Pew Research Center.

These are pure ideology-driven prejudices and do not reflect the real picture of China's military construction. In 2019, China's military has cut 300,000 personnel to keep the total active force at two million, according to Xinhua reports. China's military budget is growing at a slower pace this year. Its 1.19-trillion-yuan (177-billion-U.S.-dollars) defense expenditure is less than a quarter of Washington's 716 billion U.S. dollars in 2019.

China's military strength is not only to defend its national interests from foreign provocation, but also, with the country's expanding footprint overseas, to maintain regional peace and prosperity. Statistics from the Ministry of National Defense suggests that the Chinese Navy escorted 3,400 foreign ships in the past ten years – that is more than 50 percent of the total convoyed. China evacuated a total of 683 overseas Chinese and 279 foreign citizens in 2015 from the Yemen civil war. All the above would be impossible without China's military modernization.

While many Westerners still harbor prejudiced views toward China, the good news is that young people (aged between 18 and 29) tend to have a more positive stance on China than the elderly, among most of the countries that the Pew Research Center surveyed. For instance, two-thirds of young adults in Brazil – 67 percent – view China from a positive perspective.

In the 21st century, China aims to build a community with a shared future for mankind, another key point in Xi's speech. This explains why China has been adhering to and will firmly stick to the peaceful reunification, the "One Country, Two Systems" principle and peaceful development.

China has successfully transformed itself from a civil-war-torn country to the world's second-largest economy in the past seven decades. China has the confidence and capability to settle the challenges that the country faces at the current stage. Time is needed for China to prove that it is a reliable force to be reckoned with in terms of global peace and prosperity.