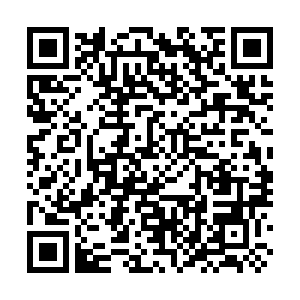 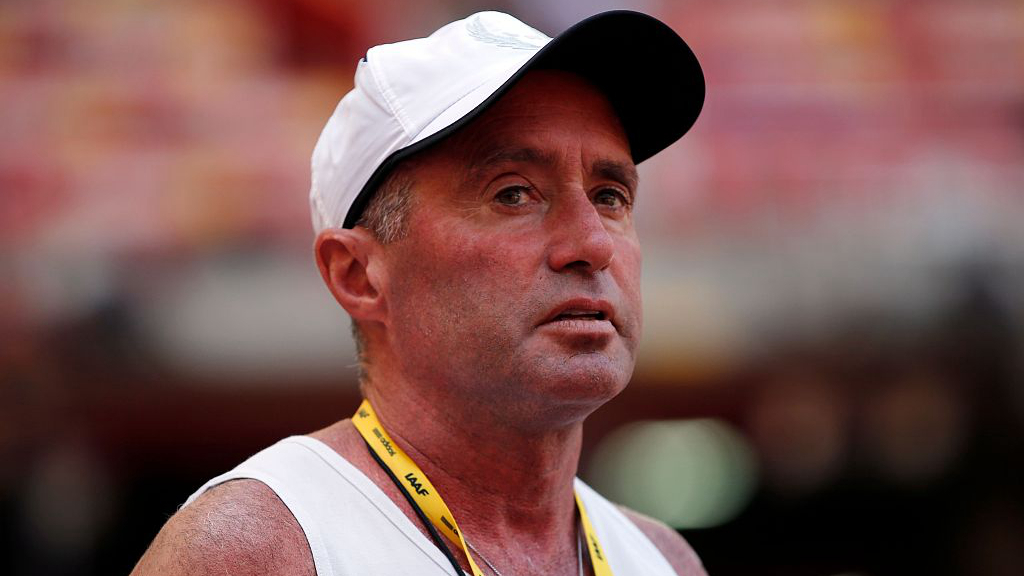 Alberto Salazar has been barred from the World Championships after a four-year doping ban. /VCG Photo

Alberto Salazar has been barred from the World Championships after a four-year doping ban. /VCG Photo

The World Athletics Championships were rocked by a drugs scandal on Tuesday after top coach Alberto Salazar was banned for doping, dealing a fresh blow to the image of track and field at the sport's showpiece event.

The 61-year-old Cuban-born American was suspended following a years-long investigation by USADA and a prolonged battle behind closed doors, the agency said.

Jeffrey Brown, a Texas endocrinologist who treated many of Salazar's athletes at his Nike-backed Oregon Project, was also suspended for four years.

Salazar, who denied the allegations against him, was barred from attending any World Championships venues after having his credentials deactivated, the IAAF confirmed Tuesday.

Salazar is not a member of the United States Track and Field Federation team in Qatar, but several athletes linked to his Nike Oregon Project training group are competing at the championships.

They include the Netherlands' Ethiopian-born runner Sifan Hassan, who won the women's 10,000 meters on Saturday.

None of the athletes taking part at the world championships linked to Salazar have been found guilty of doping offences, and none were implicated in USADA's 134-page summary of the case.

The international Athletics Integrity Unit watchdog meanwhile notified athletes with links to Salazar to cease communication with the coach.

"Salazar has been stripped of his accreditation for this event, and that means that notices have to be given to the athletes under his coaching so that they don't associate with him now that he has been banned," AIU chairman David Howman told the Insidethegames.biz sports business website. 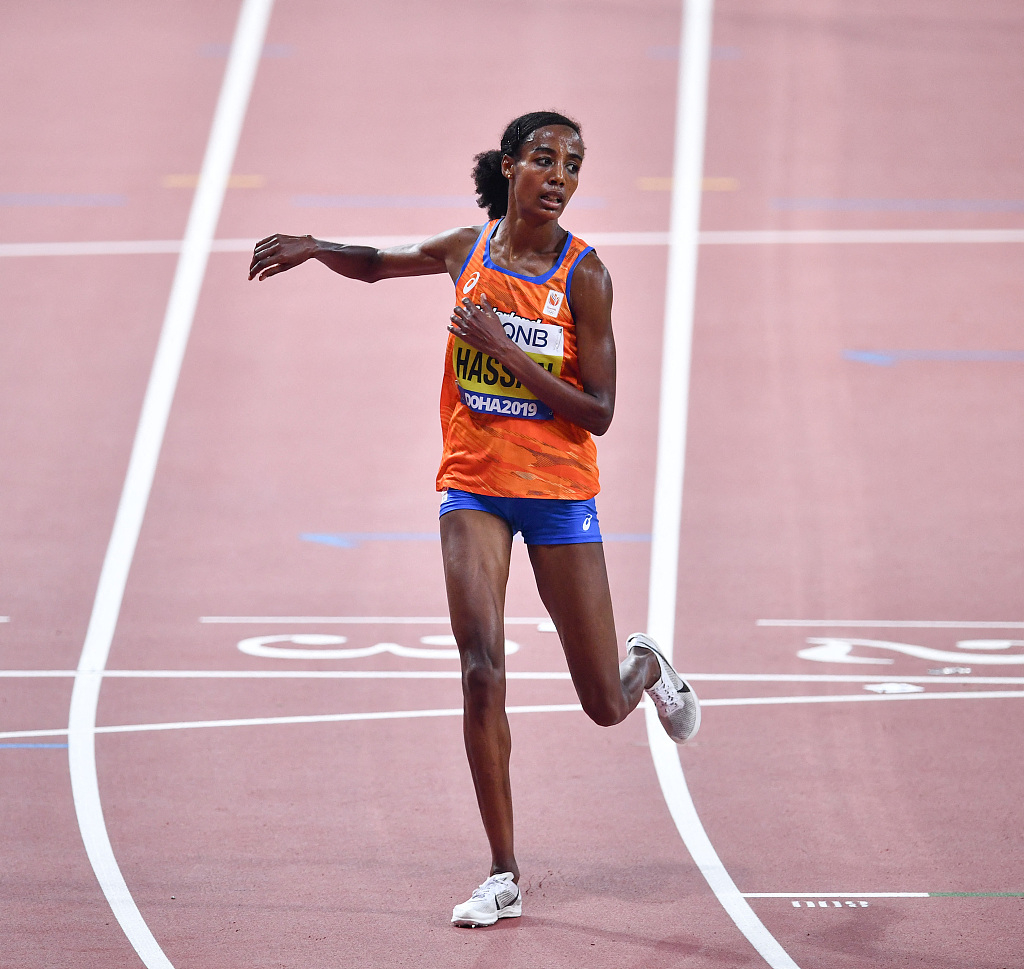 The Netherlands' 10,000m world champion Sifan Hassan is one of several runners linked to Alberto Salazar at the World Championships in Doha, Qatar. /VCG Photo

The Netherlands' 10,000m world champion Sifan Hassan is one of several runners linked to Alberto Salazar at the World Championships in Doha, Qatar. /VCG Photo

In announcing the bans against Salazar and Brown, USADA praised other athletes for speaking out.

"The athletes in these cases found the courage to speak out and ultimately exposed the truth," said USADA chief executive Travis Tygart.

"While acting in connection with the Nike Oregon Project, Mr. Salazar and Dr. Brown demonstrated that winning was more important than the health and wellbeing of the athletes they were sworn to protect."

USADA said in the statement that two three-member arbitration panels had determined Salazar and Brown should be banned for "orchestrating and facilitating prohibited doping conduct."

Salazar was discovered to have trafficked or attempted to traffic the banned substance testosterone, given athletes a substance in excess of its permitted limit and tampered with the doping control process of athletes.

"Between the two cases, USADA relied on more than 2,000 exhibits, which the AAA heard along with the defendants' cases. In all, the proceedings included 30 witnesses and 5,780 pages of transcripts." 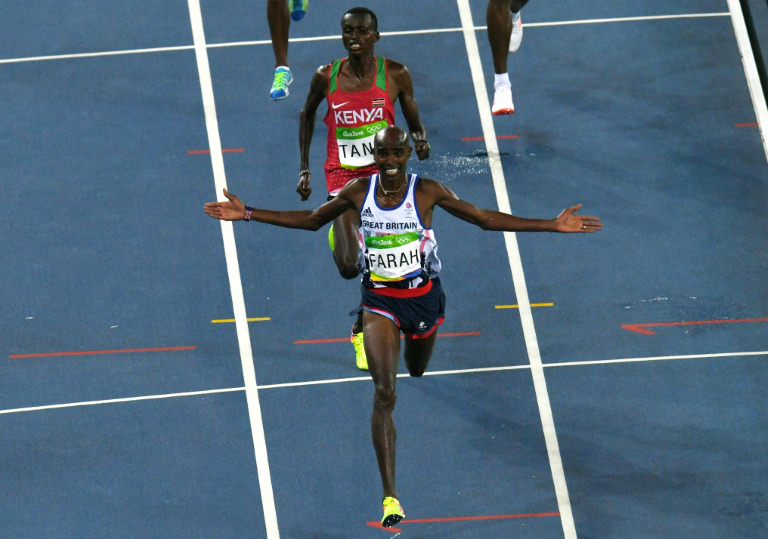 Britain's Mo Farah says he has seen no evidence of wrongdoing during his successful association with Salazar's Oregon Project. /VCG Photo

Britain's Mo Farah says he has seen no evidence of wrongdoing during his successful association with Salazar's Oregon Project. /VCG Photo

In a statement on the Oregon Project's website, Salazar, a former top marathon runner, denied ever doping his athletes and vowed to appeal.

"I am shocked by the outcome today," Salazar said. "Throughout this six-year investigation my athletes and I have endured unjust, unethical and highly damaging treatment from USADA.

"I have always ensured the WADA code is strictly followed. The Oregon Project has never and will never permit doping."

Arguably Salazar's greatest achievement was helping to transform British star Farah into a four-time Olympic champion, winning back-to-back 5,000 metres and 10,000m titles at the 2012 and 2016 Games in London and Rio.

Farah left Salazar's camp in 2017 but denied the decision was related to accusations of doping at the Oregon Project.

The Briton has repeatedly denied any knowledge of Salazar's alleged involvement in doping.

On Tuesday, Farah said he was "relieved" that USADA had wrapped up its investigation.

"I left the Nike Oregon Project in 2017 but as I've always said, I have no tolerance for anyone who breaks the rules or crosses a line," he said.

The Oregon Project's backer Nike however offered support to Salazar, with the U.S. sportswear giant noting that the report "had nothing to do with administering banned substances to any Oregon Project athlete."