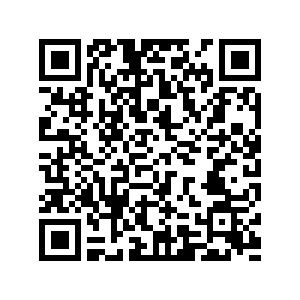 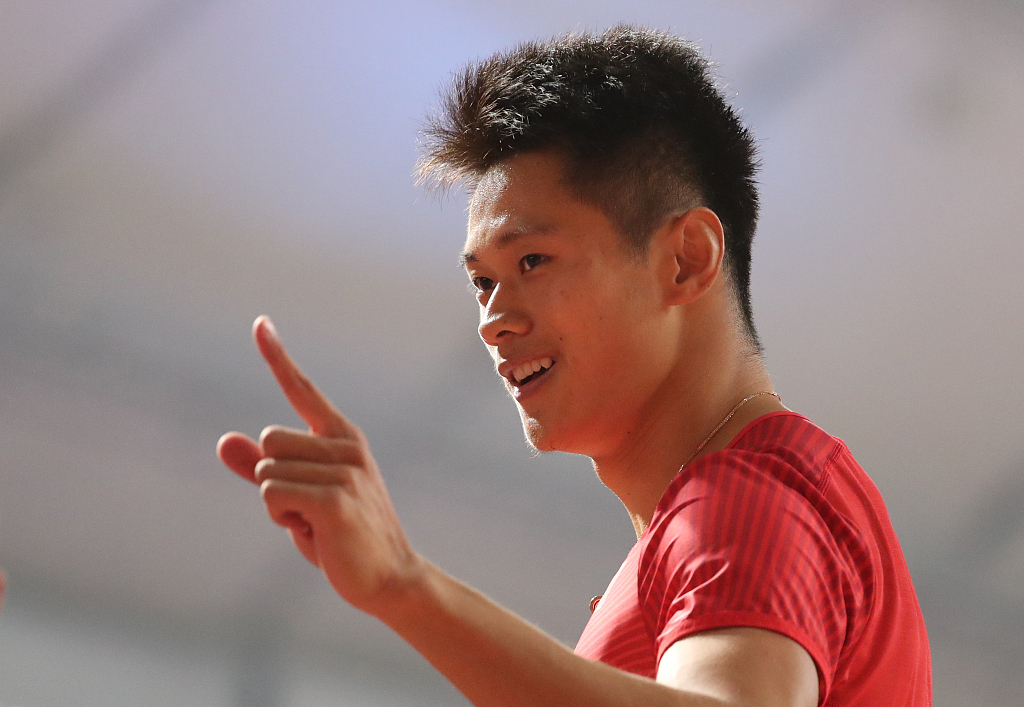 Chinese star sprinter Xie Zhenye has set his sight on next year's Tokyo Olympic Games after he finished seventh in the men's 200m final in the Doha world championships on Tuesday.

Xie was the first Chinese man ever to appear in the 200m final at the athletics worlds and whatever result he got in the final would be written into history.

He started in the most inside lane and finished seventh in 20.14 seconds as American Noah Lyles won the event in 19.83 seconds.

"My performance is acceptable today, although I ran a bit slower than yesterday. It was my first time in the final so it was all new experience for me. I was happy and excited," said Xie, who qualified as the third fastest runner in the semifinals, in 20.03 seconds.

"The race was difficult for me because I was in the most inside lane. But at the same time it also filled me with confidence for next year's Tokyo Olympic Games," added the Asian record holder. 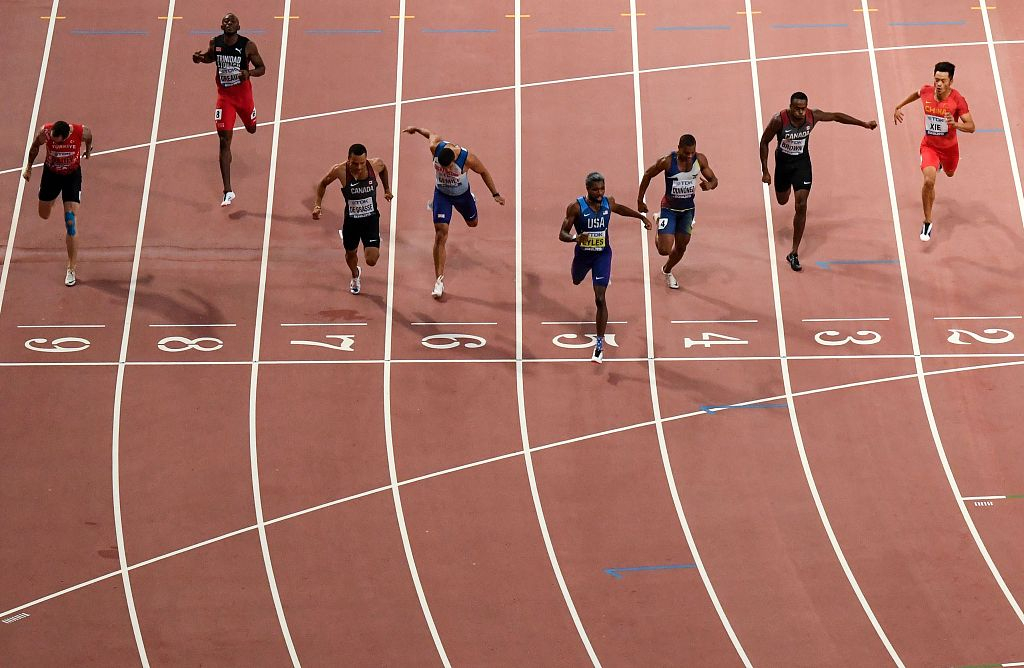 "I believe I have gone through the most difficult process, running in the strongest heat group and the inside lane in the final. I took this as a test and a learning chance for next year's Olympics," he said.

Xie said he has realized all his goals this year in individual events.

"I set a couple of small goals such as running into 20s and qualifying for the final, which I all realized. To tell the truth, it actually went beyond my expectations," he said. "Everyone in the team was trying to keep it steady this year because our bigger goal is Tokyo."

Xie will compete in three events in Doha. He missed the 100m final on Saturday and he will next run in the 4x100m relay heats on Friday.