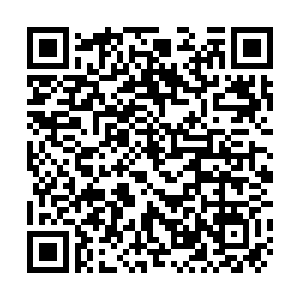 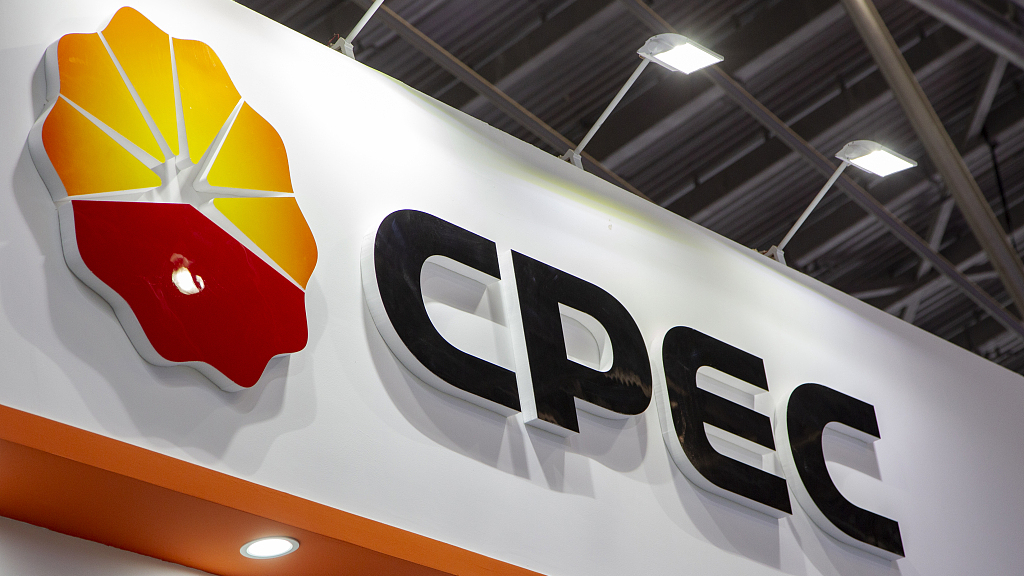 Indian Ministry of External Affairs spokesman Raveesh Kumar said over the weekend that "We expect that other countries will respect India's sovereignty and territorial integrity, and desist from efforts to change the status quo through the illegal so-called China-Pakistan Economic Corridor (CPEC) in Pakistan-occupied Kashmir", which was made in response to Chinese Foreign Minister Wang Yi urging India and Pakistan to resolve their Kashmir dispute "in accordance with the UN Charter, Security Council resolutions and bilateral agreement."

China's stance towards the issue perfectly corresponds to international law, whereas India's is one of maximalist claims in contravention of the aforesaid. New Delhi's factually false narrative that CPEC is "illegal" ignores Beijing's repeated reassurances that the initiative is purely apolitical and focused solely on win-win economic development between China, Pakistan, and all of their partners. Furthermore, CPEC is wholly inclusive and welcomes the participation of all other countries, though India has hitherto refused to take part in it.

It's hypocritical that India based its unilateral revocation of Jammu and Kashmir's autonomous status on the argument that this move was necessary for the disputed region's development despite no progress having been made on this front during the ongoing lockdown there while simultaneously denying the economic development that CPEC has unleashed on the Pakistani side of the line of control over the past four years since it was first announced. This proves that India has ulterior motives in claiming that CPEC is "illegal".

Indian Ministry of External Affairs Secretary (West) A. Gitesh Sarma told reporters earlier last week that Prime Minister Modi said that "terrorists should not be allowed to get funds and arms. For this objective to be realized, we need to avoid politicization of mechanisms like UN listings and Financial Action Task Force. These mechanisms need to be enforced", which was widely interpreted by Indian media as a "veiled" reference to China's commercial, military, and political ties with Pakistan. 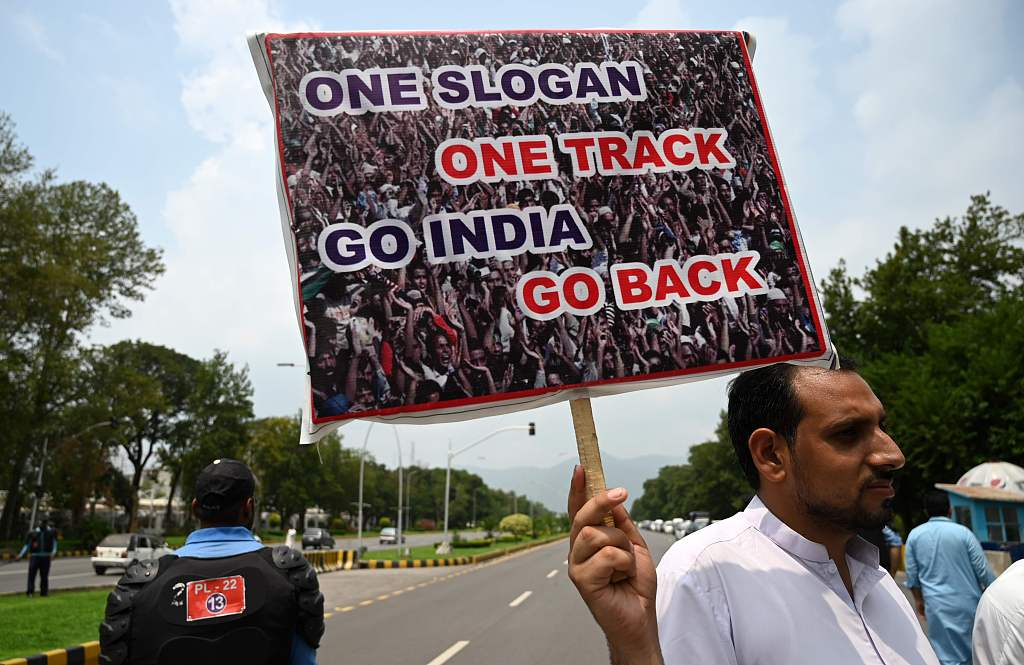 A Pakistani Kashmiri holds a placard during an anti-Indian protest at the diplomatic enclave in Islamabad, August 5, 2019, as they denounce the ongoing unrest situation in Indian administered Kashmir. /VCG Photo

A Pakistani Kashmiri holds a placard during an anti-Indian protest at the diplomatic enclave in Islamabad, August 5, 2019, as they denounce the ongoing unrest situation in Indian administered Kashmir. /VCG Photo

It's becoming rather apparent that India feels threatened by Chinese-Pakistani ties and especially their manifestation through CPEC even though both of its neighbors have regularly called for dialogue with it on issues of bilateral dispute, hence why India's representatives have taken to spreading defamatory claims and innuendo about their strategic partnership. Neither CPEC nor the sale of military equipment to Pakistan amounts to China funding or arming terrorists and India knows it.

It takes some serious chutzpah for India to accuse China of "illegal" activities with CPEC and of politicizing anti-terrorist mechanisms while the South Asian state itself refuses to implement UN resolutions on Kashmir and is the one that's really politicizing those structures in order to weaponize them against Pakistan for the strategic purpose of weakening its rival. India's attitude in these respects is at odds with the spirit of friendship that's supposed to pervade its BRICS and SCO partnerships with China.

Over the past few years, the U.S. has tried extremely hard to woo India into participating in its "Indo-Pacific" strategy for unofficially "containing" China, so it's very possible that some degree of American influence on that country might be responsible for its sharp rhetoric lately. While Indian strategists might sincerely believe that they're successfully "multi-aligning" between great powers per their official policy, it increasingly looks as though they're leaning towards accommodating the America's strategic interests at China's expense.

At this juncture, it's crucial for India to be transparent with China about its intentions and to clarify any misunderstandings immediately after they develop instead of directly and indirectly making publicly defamatory accusations against its partner. India is already familiar with China's positions towards CPEC and international anti-terrorist structures so its representatives shouldn't have said what they did by acting as if they're unaware, which raises concerns that India might be playing a double game.