My Vlog: This is how we celebrate China's 70th birthday
CGTN Zang Shijie, Zhu Danni 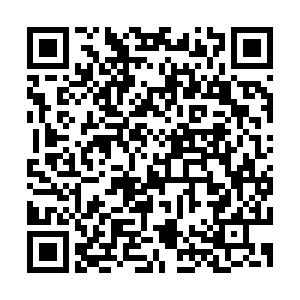 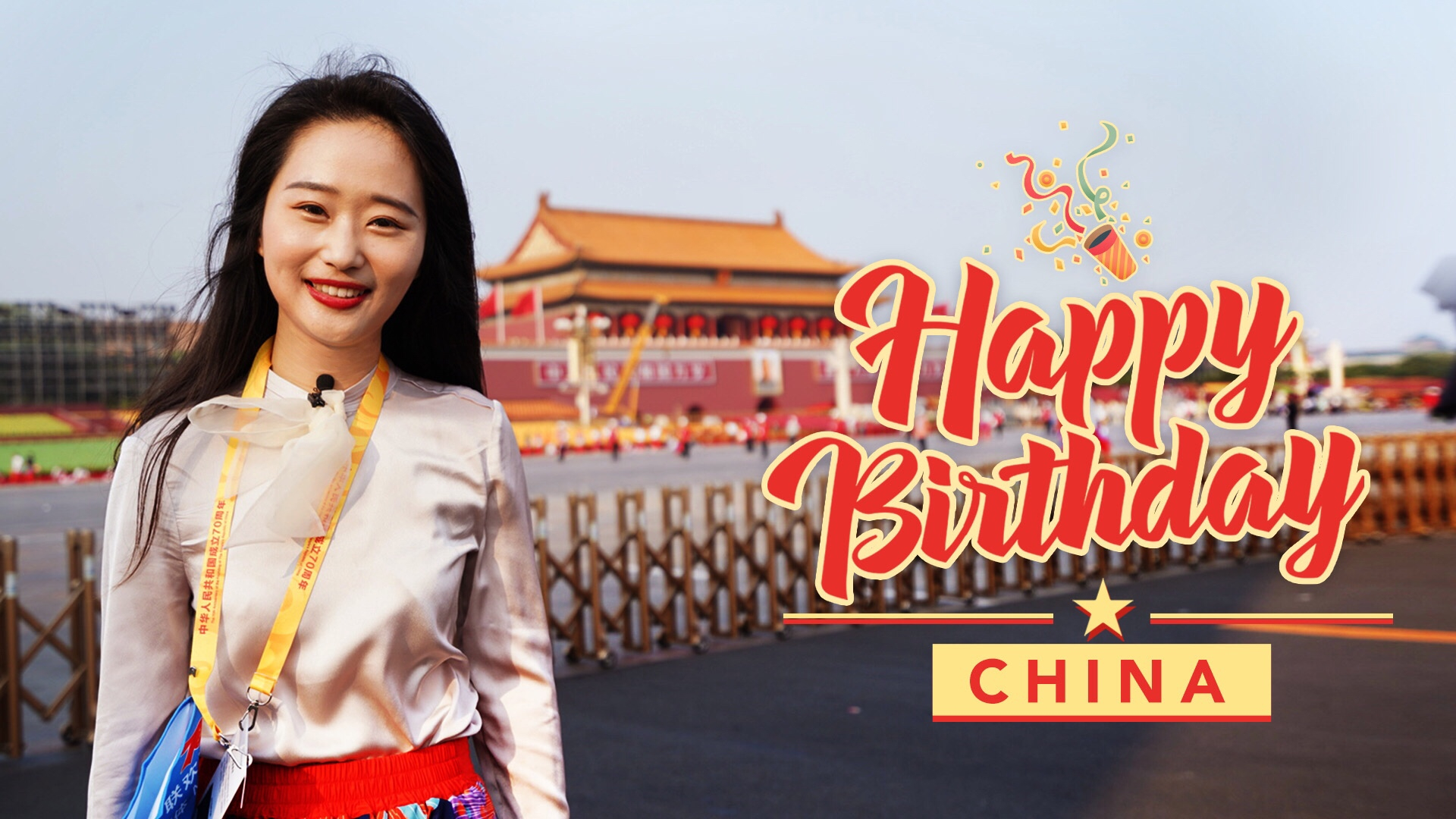 October 1, 2019, is a big day for China. There was a grand military parade during the day, and a gala event in the evening with a variety of performances and firework display at Tian'anmen Square in central Beijing.

Three days before the National Day, I had a chance to attend the premiere of the film "My People, My Country" and spoke with some of the cast and audience. Comprised of seven parts, this film presents seven stories from the founding of the People's Republic of China (PRC) in 1949 till the 21st century, presenting the great transformation of the Chinese nation from standing up to becoming rich and strong in these 70 years.

Hong Kong Actress Kara Wai said that when the national flag was hanging in Hong Kong in 1997, she was in tears. She finally got the chance to tell everyone that she is from China. Among the audience who watched the movie two days before its official debut in the cinema, Hong Kong Actor Aarif Lee told CGTN he cried several times. "I feel proud to be a Chinese. We need to know that the fast development of China, and Chinese people being so proud are the (result of the) hard work of many people." 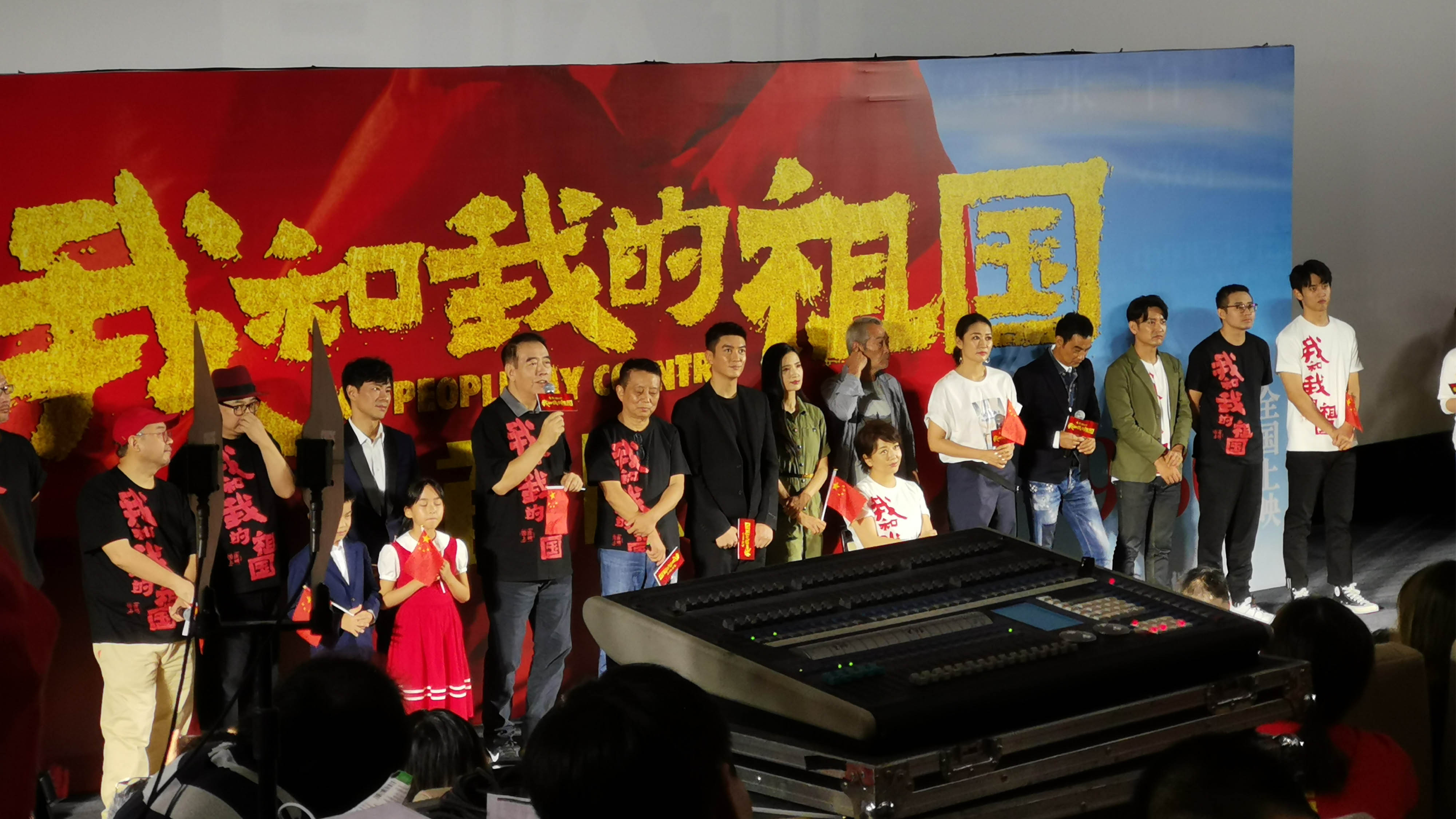 Major cast from the film "My People, My Country". /CGTN Photo

Major cast from the film "My People, My Country". /CGTN Photo

Finally, it came to October 1, 2019, which marks the 70th anniversary of the founding of the PRC. I was honored to attend the evening gala at downtown Beijing's Tian'anmen Square on Chang'an Avenue, a main road in Beijing, where on Tuesday morning, tanks and military equipment were paraded, next to rows of marching soldiers. 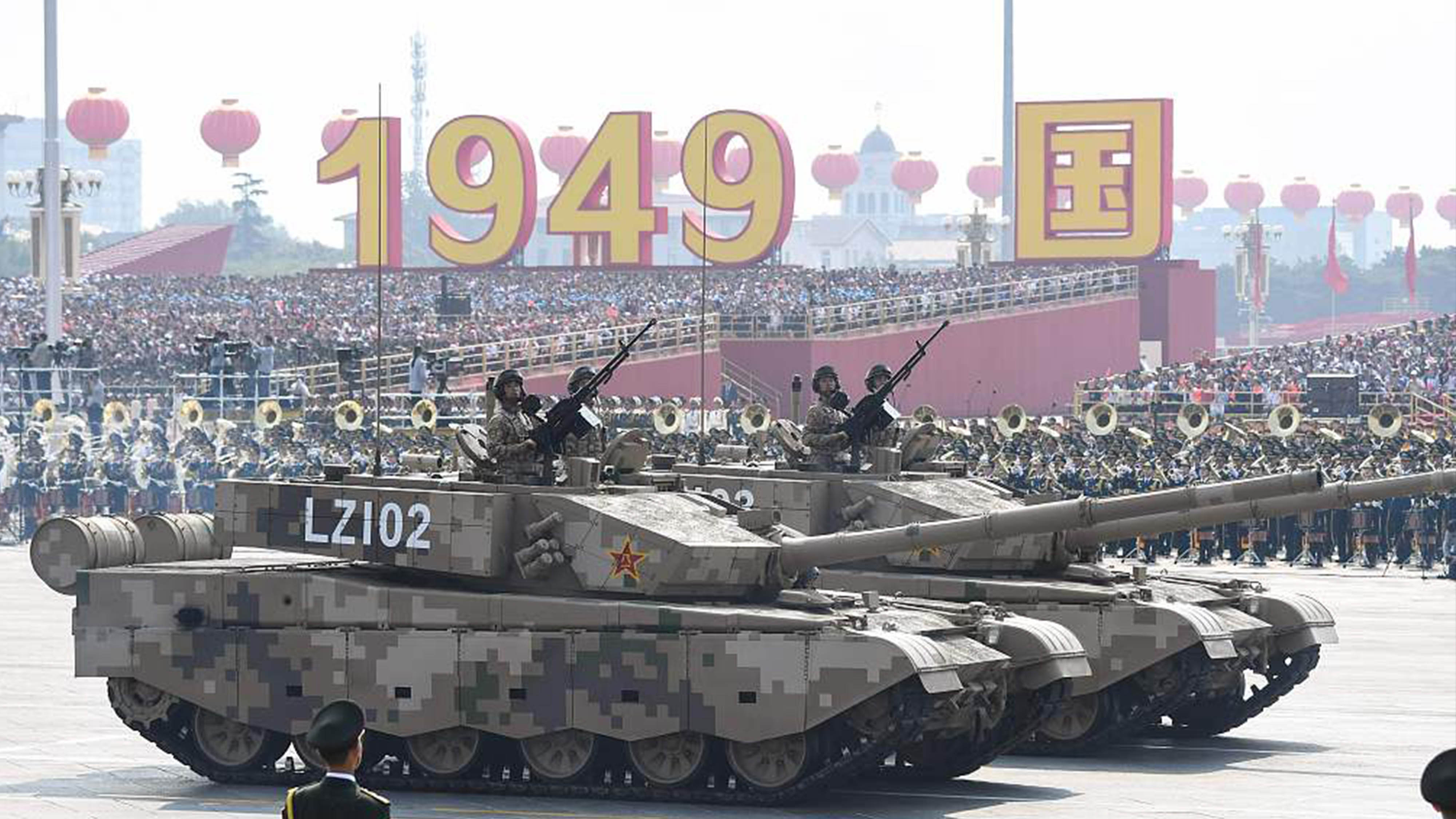 China showcases its military strength and national unity as it celebrates 70 years of development. /VCG Photo

China showcases its military strength and national unity as it celebrates 70 years of development. /VCG Photo

The evening gala started at 8:00 p.m., and lasted for around 90 minutes. It was comprised of four parts: the theme show, the featured performance, people's grand gathering, and the fireworks display. In sharp contrast from previous celebrations, there were no celebrities. People from all walks of life gathered to perform and enjoy themselves while giving their birthday wishes to the country.

The theme show was the centerpiece of the gala. It was located on Chang'an Avenue, south of the Golden Water Bridge: 3,290 performers held foldable LDE screens and other tools to form various pictures, representing different stages of China's 70 years. 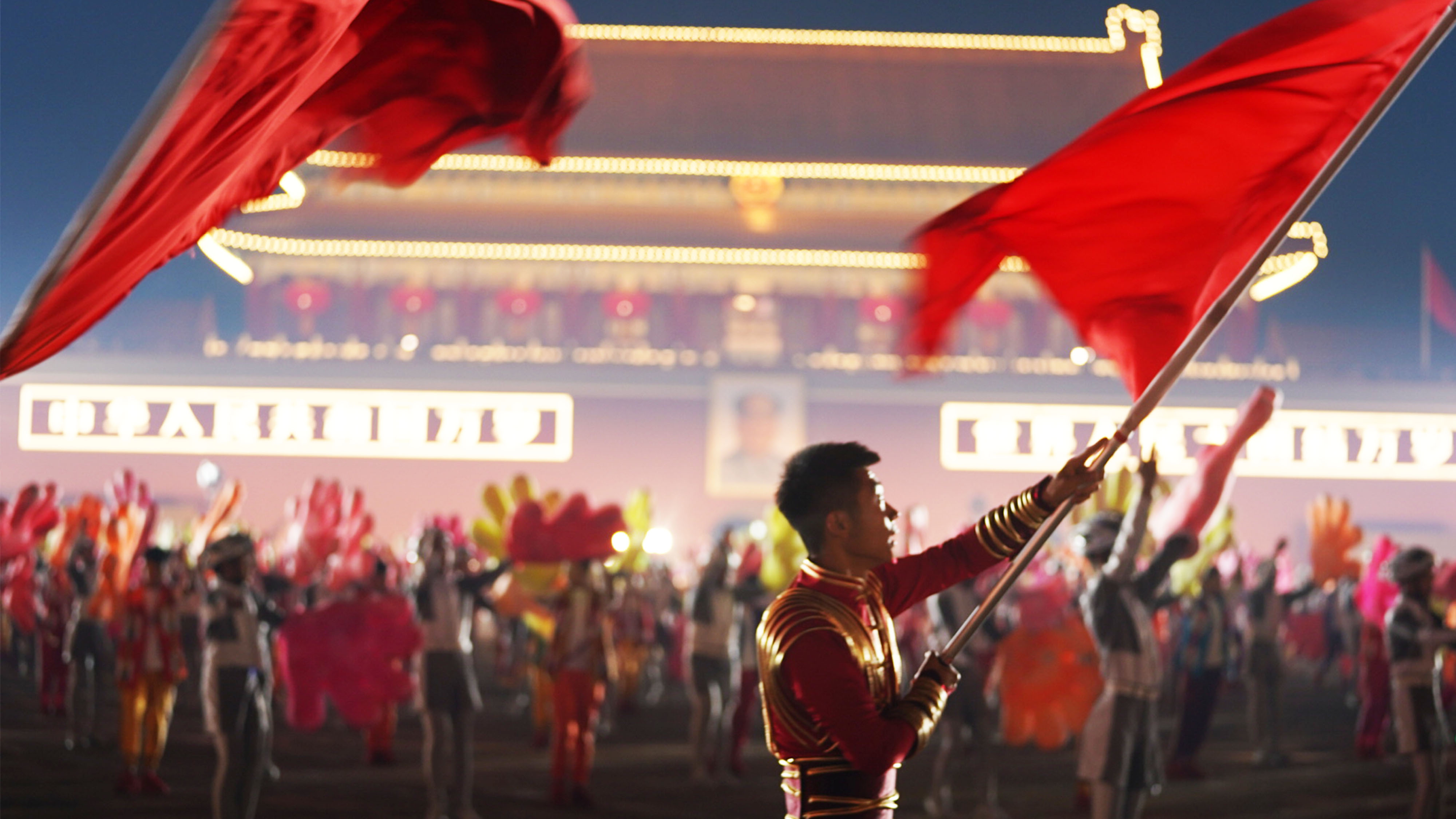 On the eastern and western side of the theme show, there were 10 separated zones for people's grand gathering. People from different walks of life gathered here and each zone had its distinctive features and performances. The fireworks were ignited at different heights and shaped creatively. The firework also helped amplify the ground scenes. 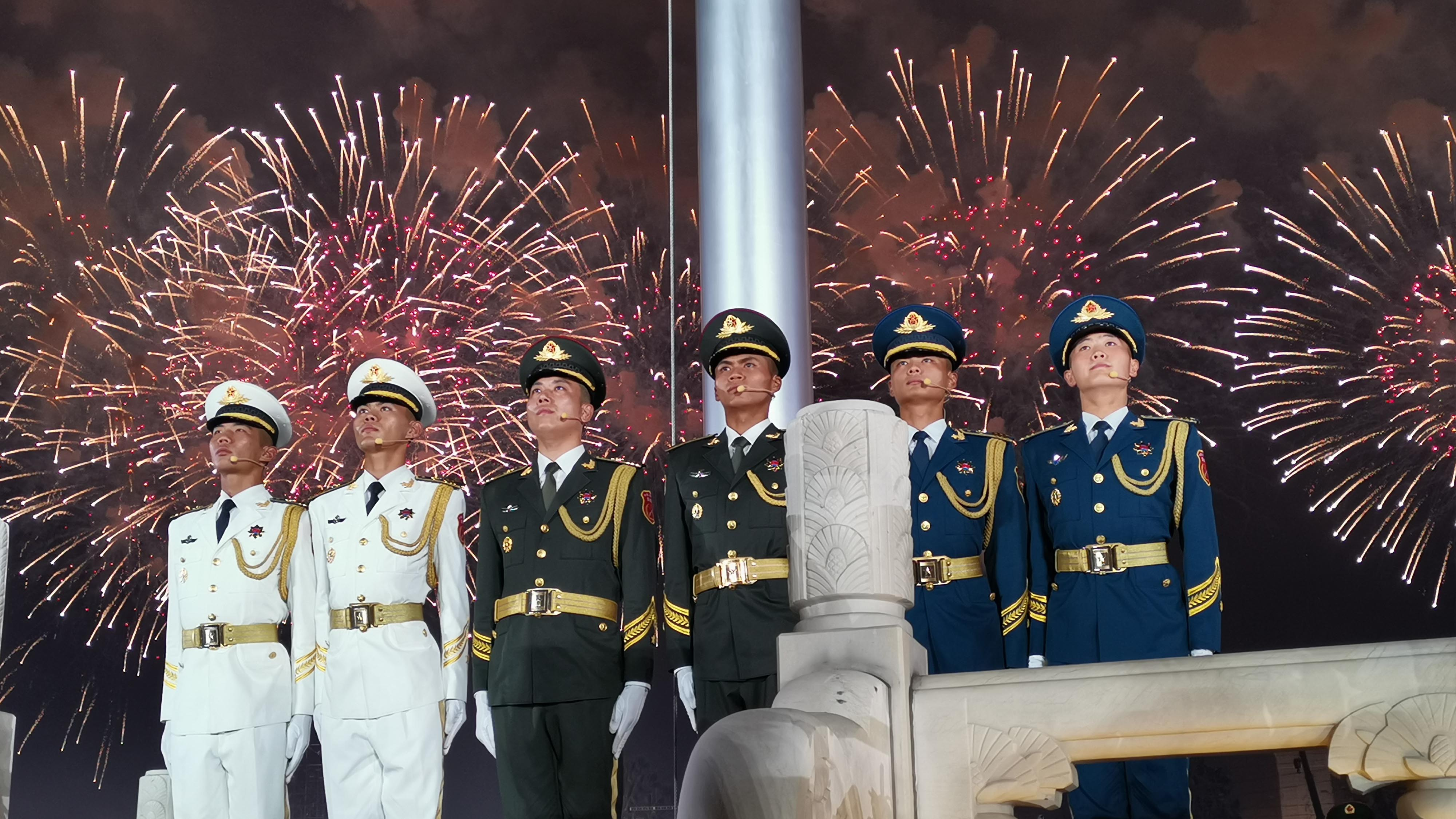 On the southern stage of the theme show, supporting performances were held on these two stages. One stage was reserved for Kung Fu performers and people from different districts of Beijing. The other was set aside for the symphony orchestra comprised of 1,000 people, including China Philharmonic Orchestra, and also a choir with a similar number of performers. 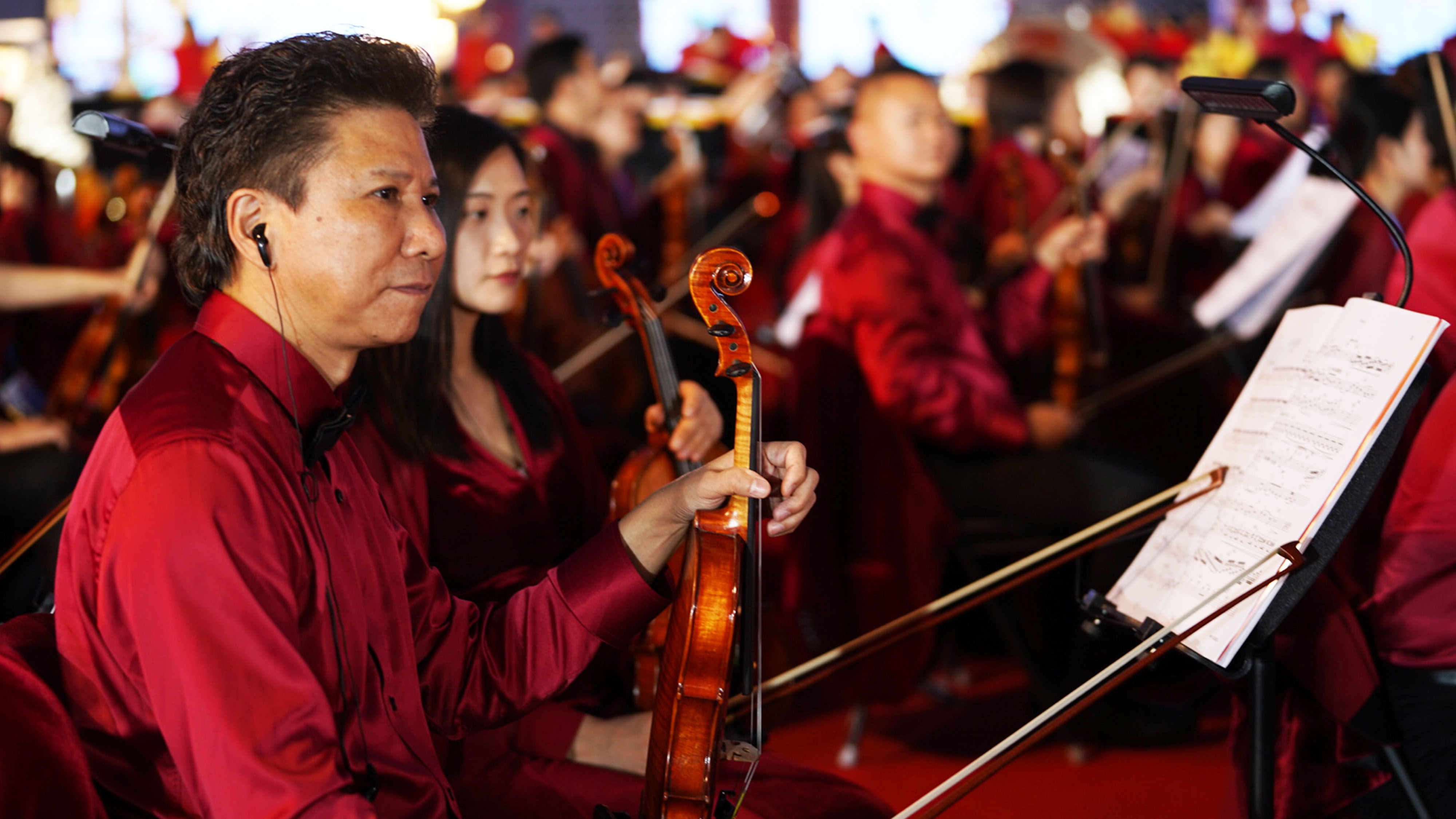 It was a night to remember. The crowd, the enthusiasm, the common wishes, everyone's heart was beating with the same passion. I will always remember this show, as tens of thousands worked hard together, and i was able to participate and bear witness to this glamorous era. Happy Birthday China! 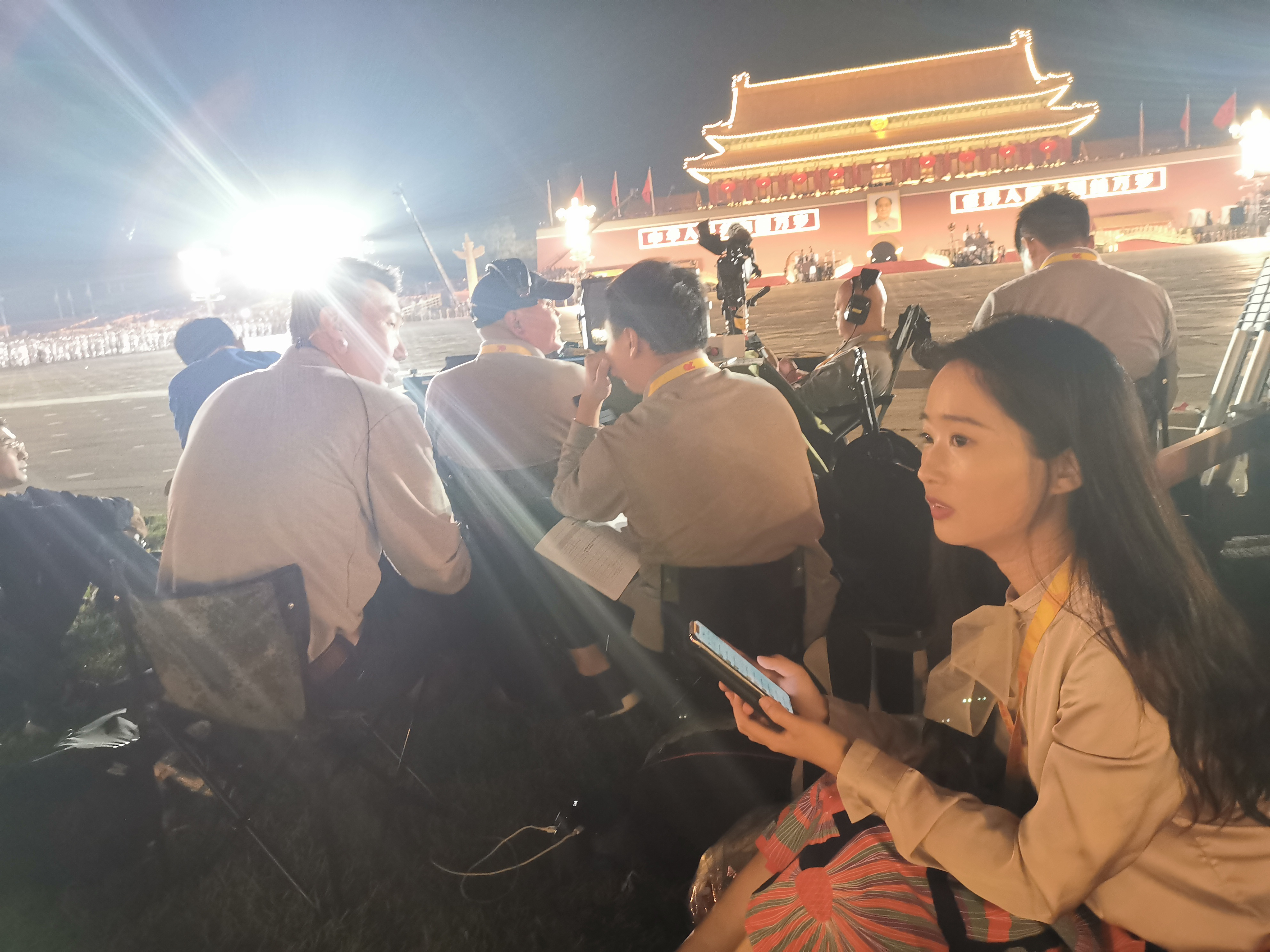