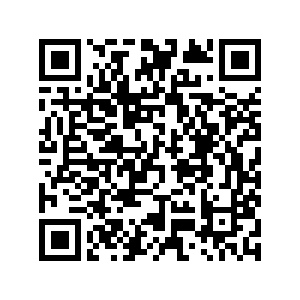 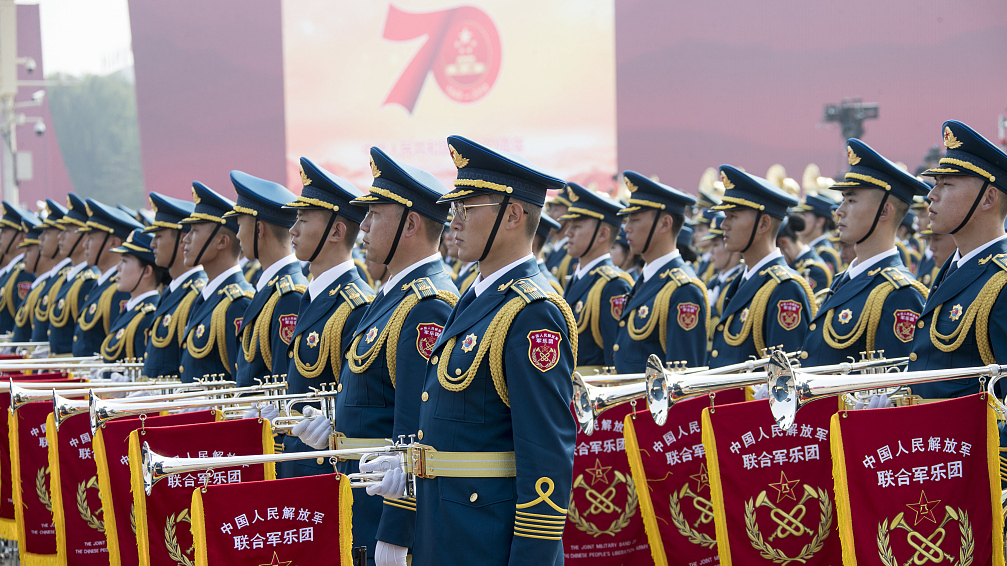 Editor's note: Yin Xiaoyang is a research fellow of POLY defense research center in China. The article reflects the author's opinions, and not necessarily the views of CGTN.

On October 1, 2019, China celebrated the 70th anniversary of the founding of the People's Republic of China with a spectacular National Day parade, of which a total of 59 formations, including 166 aircraft and 580 pieces of equipment must have been the most eye-catching. However, what's behind the military parade is worth being reviewed in depth.

From the beginning of the live broadcast, attention has been given to the very details of individual soldiers. Close-up captured the moments of them gearing up and mounting their vehicles, starting the engines and being inspected by higher officials. This was the first time that very military professionalism is unfolded.

In the past, audiences of the National Day parade were used to seeing the "big picture" without noting that under the collectiveness was individual devotion and commitment to upholding the pledge to the nation. In this event, they could experience the solemnity of the soldiers as the cameras brought them closer to the audience in a more intuitive, social media way.

A showcase of mixed military columns

The parade  showed columns in a variety of mixed forms. Each column consisted of more than two types of equipment, such as the lightweight battle tank VT15 with infantry fighting vehicle ZBD04A and type 89 command armored vehicle, PLC181 vehicle mounted howitzer and AR3 with their debut, the special force's gyroplane and light wheeled all-terrain vehicles, more than two models of air defense and anti-ship missile in the columns.

This combination is not only made according to the model orders, but also based on their performance. In this fashion, a sense of reality is presented to the audience with the respect for military urgency and practicality.

Mixed columns have appeared in history due to industrial incapability of adequate and reliable production. So did the mixed pieces of equipment. In this way, inadequacy was eliminated. 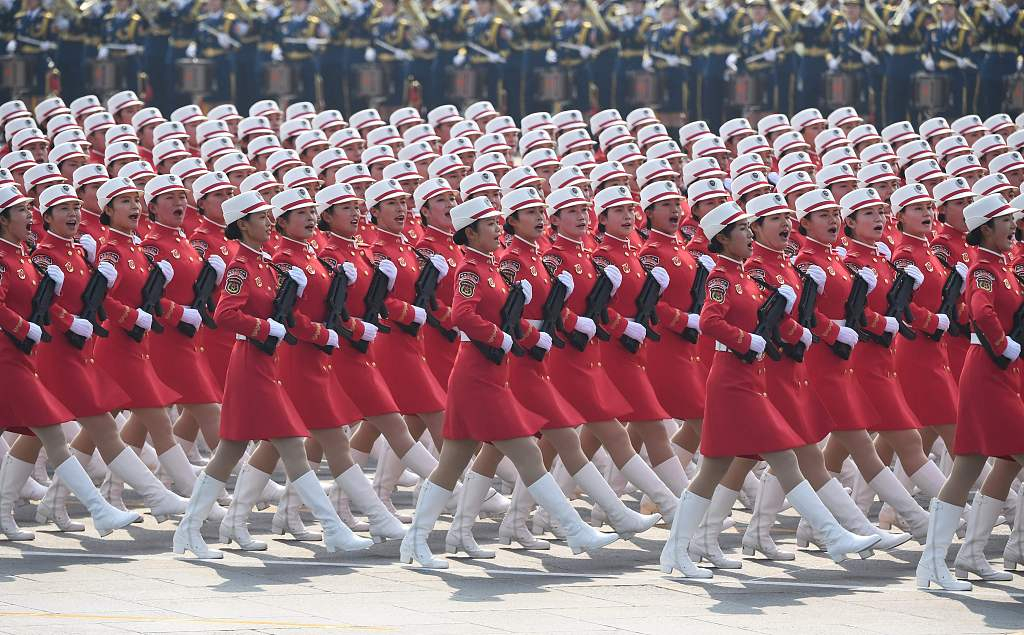 A multitude of drones

Despite the fact that drones have been showcased in the National Day parade ever since 2009, its multitude and variety were unprecedented this time. Besides that, the parade also marked the debut of many new models, like the WZ-8 (air-launching from supersonic stealth reconnaissance, normally H-6 bomber), electronic countermeasures, and surveillance supersonic drones.

A noticeable example of the last kind is GJ-11, a long-range stealth unmanned combat aerial vehicle that bears similarities to American X-47B, Russian Skat, British Taranis and French nEUROn. The debut of GJ-11 indicated our unmanned combat aerial vehicle technology has caught up with topnotch producers. Interestingly, the unveiling of GJ-11 also sets the tone for the structure design of the future invisible stealth bomber H-20.

Unlike the low-speed drones that were showcased in previous parades, the ones we saw this time are designed for the peer-to-peer warfare, not the asymmetric warfare. Peer-to-peer warfare requires higher levels of air defense and better quality.

It's worth noting that China has become the biggest drone producer in the world with a powerful capability of integrating drone industries.

The DF-17 can operate at hypersonic speed and deliver a high maneuverable re-entry warhead, making it less vulnerable to interception by the currently most advanced defense systems in the world. DF-17 is expected to be the first hypersonic weapon produced and designed by China, reaching operational capability earlier than Russia and the United States. 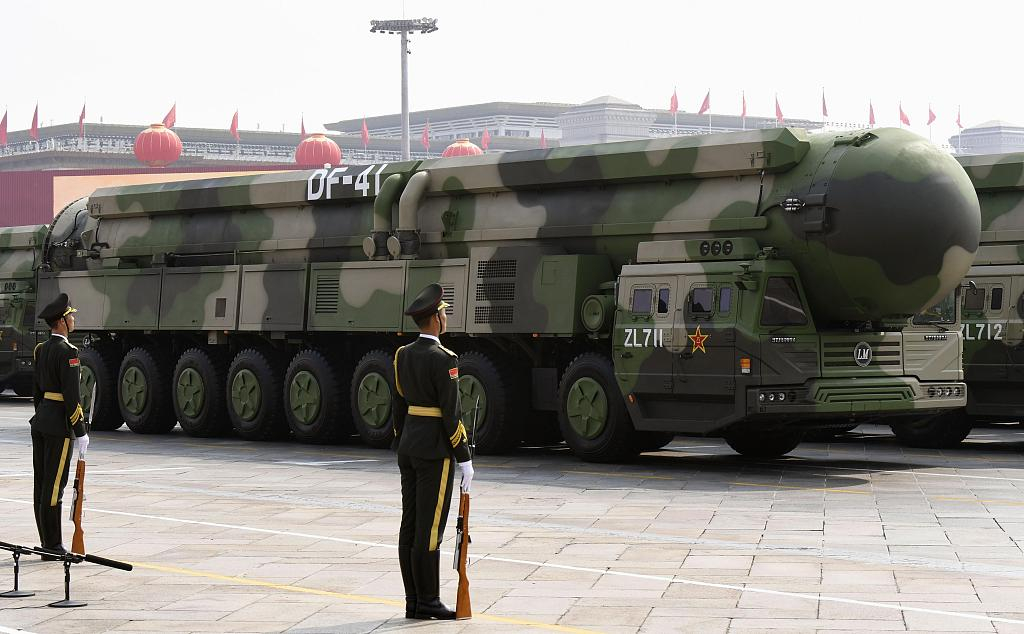 The DF 41, a nuclear-capable intercontinental ballistic missile, is on display during the military parade, Beijing, China, October 1, 2019. /VCG Photo

The DF 41, a nuclear-capable intercontinental ballistic missile, is on display during the military parade, Beijing, China, October 1, 2019. /VCG Photo

DF-100 is considered a newly designed anti-ship missile, which features larger size, longer range, and significantly higher speed than any other cruiser missiles currently serving in the world. The only comparable design is an ultimate testing model from that of the Soviet Union. DF-100 is designed for attacking high-value targets, such as aircraft carriers.

DF-41 is the latest solid-fueled, road-mobile intercontinental ballistic missile with the longest range in the world. JL-2 is the second Chinese-made submarine-launched ballistic missile demonstrated in the parade, since the debut of JL-1 in the parade of 1984. The JL-2 is a mature SLBM deployed on the 094 class submarines. JL-2 assured China's ability to respond to a nuclear attack with powerful nuclear retaliation against any nuclear rival.

Besides, we also saw DF-5B ICBM on the parade. As a derivative design of DF-5A, it is one of the few older products appearing in military parades of China. Several older models in the DF-5 family even appeared in the parade of 1984. Despite its long history, DF-5B strategic missile is still considered a highly reliable system.

With its overwhelming weight, DF-5 has been serving as one of the most important strategic weapons that protect China's territory. They are also capable of delivering nuclear warheads to nearly anywhere on earth. Since its debut, DF-5 has experienced a multitude of improvements.

For instance, DF-5B, which also showed up in the parade, is an upgraded model with multiple independently targetable reentry vehicles, which allows for carrying of up to eight warheads. As such, it is the earliest strategic missile of China with that feature.

The pioneers of the air formation were made up by a triple of "20" aircraft, namely Chengdu J-20 stealth fighter, Xi'an Y-20 transport aircraft, and Harbin Z-20 medium lift helicopter. What followed are three models of trainer jets Hongdu JL-10, Guizhou JL-9 and Hongdu K-8. Buried under busy schedule for military training, these planes were rarely reported. October 1 was the first time that JL-10 and JL-9 flew over Tian'anmen Square. Some commentary further introduced JL-10's improved variant, which is capable of undertaking combat mission. This combat variant will surely boost potential foreign client's confidence.