Reporter's Diary: What I saw at an anti-government march in Hong Kong on National Day
He Weiwei 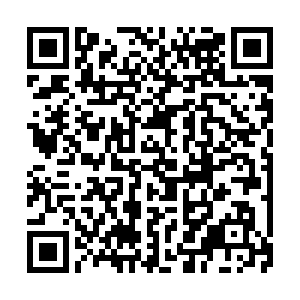 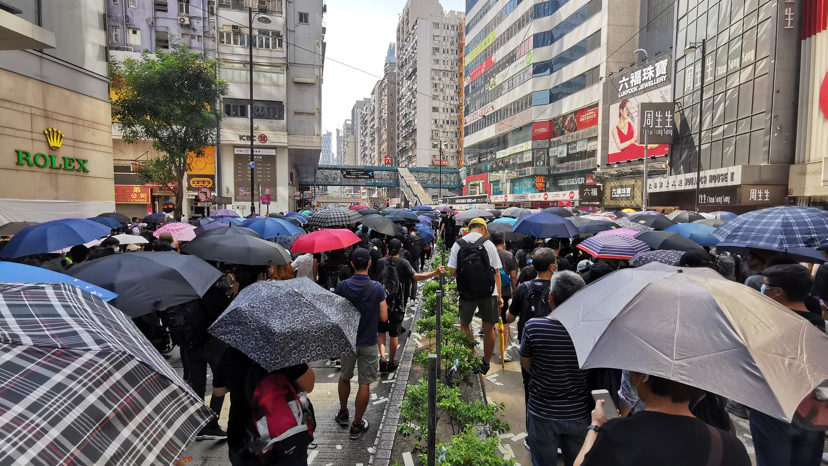 October 1 is China's National Day, and scenes in the Chinese mainland and the Hong Kong Special Administrative Region (HKSAR) were like two parallel universes — while the former was peaceful and festive, the latter was chaotic and messy, as a number of anti-government activities took place at multiple locations in the city, most of which turned violent.

I witnessed the largest of them — a massive march.

There seems to be a pattern for protests and rallies in the HKSAR — they usually take place on holidays or nights of workdays. They'll be peaceful at first, and sometimes turn violent when it gets dark.

The march on the National Day, banned by the Hong Kong police citing security threats, started at 1:00 p.m. with tens of thousands of protesters. I had been following them all the way from Causeway Bay to Admiralty, where the headquarters of the HKSAR government is located. 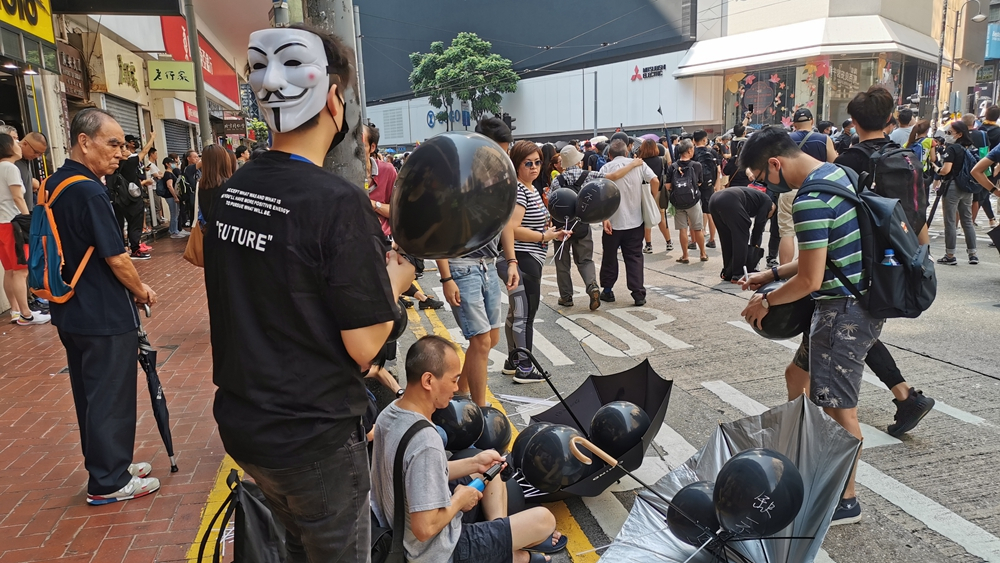 In my experience, the marches turn violent around 7:00 or 8:00 p.m., but this time, it came sooner than expected. At around 4.30 p.m., things became ugly. Protesters threw Molotov cocktails, set fire, placed barricades and vandalized public facilities.

Police fired several rounds of tear gas and used water cannon trucks to disperse them — more frequently and quickly than before as the protesters escalated their violent acts. The protesters retreated gradually to Causeway Bay as the police stepped forward.

The confrontation between the two sides lasted till about 7.30 p.m.

But it was not the chaos, nor the Molotov cocktails and tear gas that frightened me. It was when I and my colleagues were being tailed by hostile protesters.

We were filming some protesters removing a telephone booth and dustbins to the closed Admiralty MTR station. Then two protesters — one girl in her 20s and a young man in a press vest started interrogating us, asking "Which media are you from?" I answered that we're from CGTN. 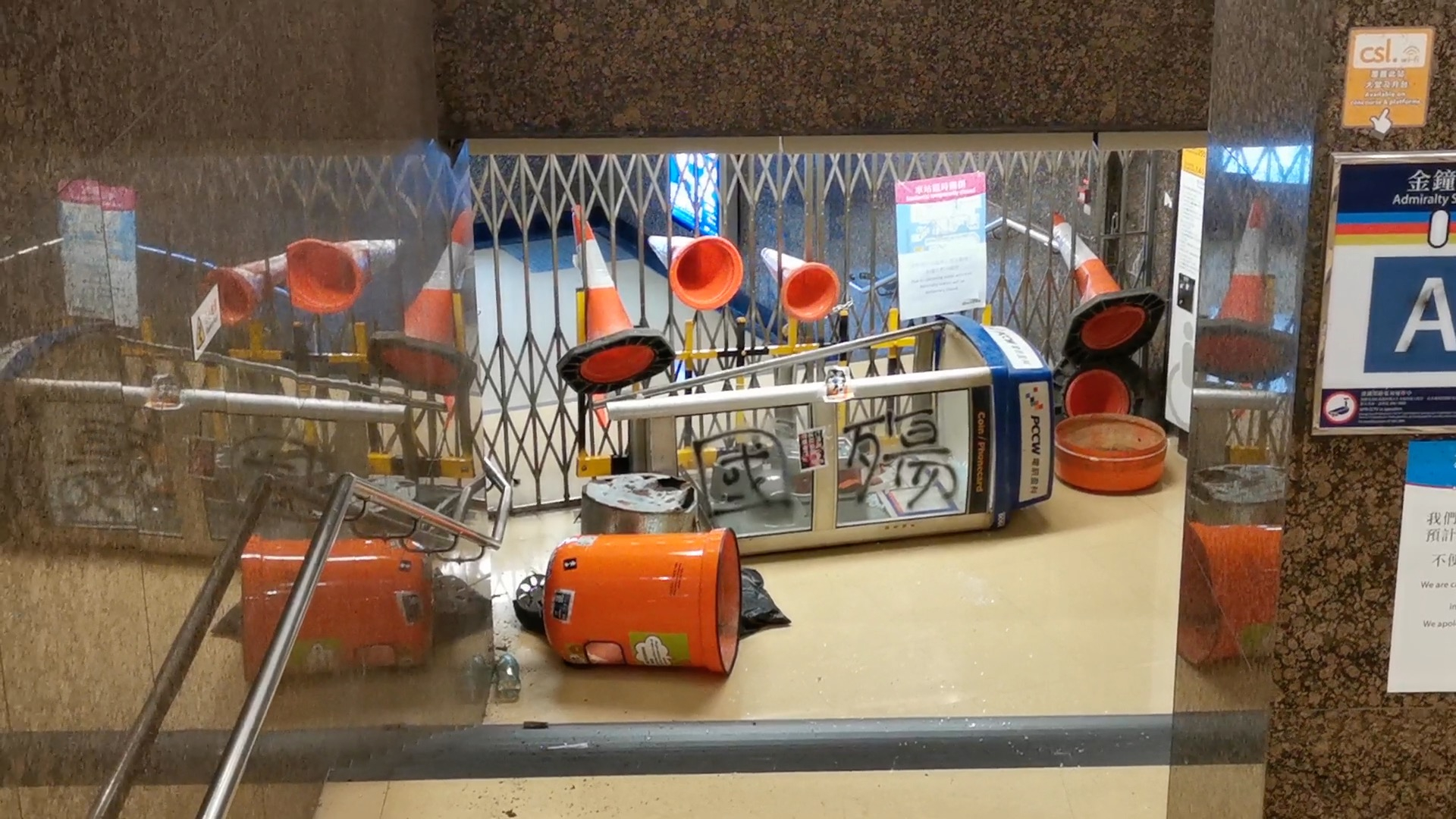 When we left the site after filming for another minute, the girl started tailing us, repeatedly shouting "They're from the state TV!"

It was not a major street, there was no police there, but a lot of protesters in black wearing masks. I was not sure if she shouted so her group would notice us. All I know is that if we got "caught," things could turn dangerous. They might forcefully check our bags and cellphones, take pictures of our personal identities and post them online, or even attack us, which happened to a journalist from the Chinese mainland before. They were hostile to us just because we're from a media outlet that the anti-government protesters do not like.

I didn't look behind, I had no idea how many people were following us. What we could do was just to keep moving fast. And fortunately we got rid of them after three turns and got back to the main street.

These are what I hadn't seen among protests until very recently. Protesters repeating anti-government songs, which were really provocative. A number of them were wearing masks of the movie "V for Vendetta," a symbol of resistance. Some protesters were also holding black balloons with written anti-government slogans.