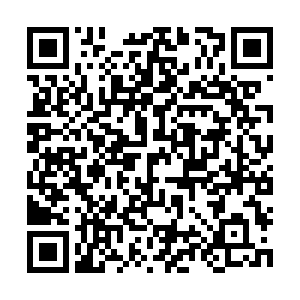 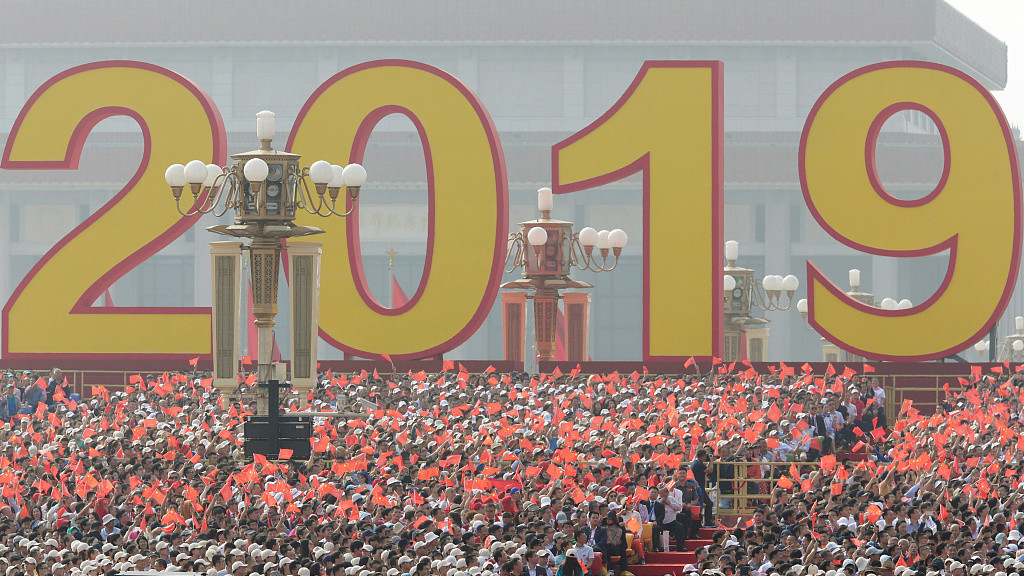 Editor's note:  H.E. Edward Boateng is the Ambassador of Ghana to China. The article reflects the author's opinion, and not necessarily the views of CGTN.

On behalf of the government and people of Ghana, I send hearty congratulations to the Communist Party of China (CPC) and the people of China on the 70th anniversary celebrations of the establishment of the People's Republic of China. The past 70 years certainly deserves a grand celebration.

The leaders of the CPC deserve commendation for lifting their people out of extreme poverty and propelling China into a first-class economy. They have a legitimate reason to celebrate their achievements.

Today the People's Republic of China is counted among the leading nations of the world with a high rate of GDP growth and described as "the fastest sustained expansion by a major economy in history" by the World Bank. China achieved most of the Millennium Development Goals (MDGs) by 2015 and continues to make significant contributions to the global achievement of the Sustainable Development Goals.

In Africa, China plays a role in the infrastructure priority goals of most governments through initiatives such as the Forum on China-Africa Cooperation (FOCAC). China's remarkable development of high-speed trains and now being tested C919 passenger airplane is an evidence of how fast China's infrastructure has developed. These and many others achievements are not easy heights to attain and sustain with a population of 1.3 billion within a span of 70 years. 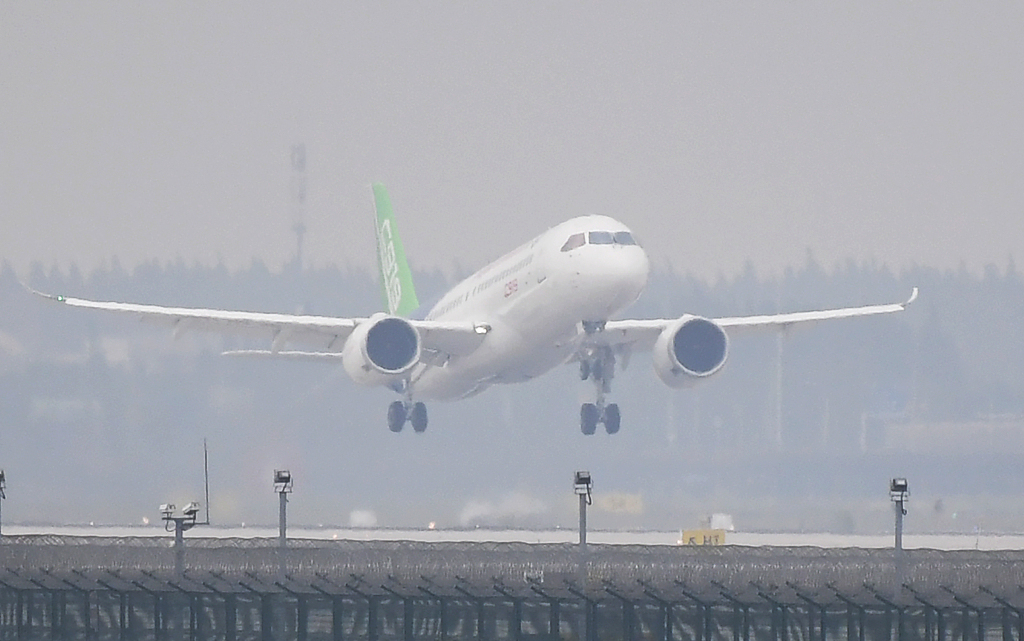 China's home-grown C919 passenger jet takes off from Pudong International Airport on its maiden flight in Shanghai, May 5, 2017. /VCG Photo

China's home-grown C919 passenger jet takes off from Pudong International Airport on its maiden flight in Shanghai, May 5, 2017. /VCG Photo

In addition, China is now increasingly one of the leading voices of reason and stability in the world. It is the second highest contributor to the United Nation's (UN) peacekeeping operational budget and such transformations can only be attributed to the thoughtful and resilient leadership of the CPC from generation to generation since the time of Chairman Mao Zedong.

In the two years that I have stayed in China, I have personally been marveled by the character of the Party which is deeply reflected in the nation. This is exhibited in the firmness of leadership, tenacity of purpose and determination to carry through programs. I have visited 20 provinces and several cities and throughout my travels, I have been struck and amazed by the level of hope and remarkable vigor exhibited by people of all walks of life.

As the ambassador of a country whose current vision is geared towards self-sustainability and development, this brings hope and a sense of possibility. The fact that more than 850 million people have been lifted out of poverty in China according to the World Bank proves that it is possible.  Many only attribute China's success to the reforms in 1978 but I believe the reform was built on the successes and failures of initiatives that started from 1949.

Learning from the past meant recognizing that the planned economic system that was introduced before the 1970s was defective along with its political complexities and therefore introducing a market-oriented approach was the way to go. By instituting the right policies and strict monitoring thereof, China achieved a GDP growth rate of 9.4 percent from 1978 to 2018 compared to its annual GDP growth average of 4.4 percent from 1952 to 1978. 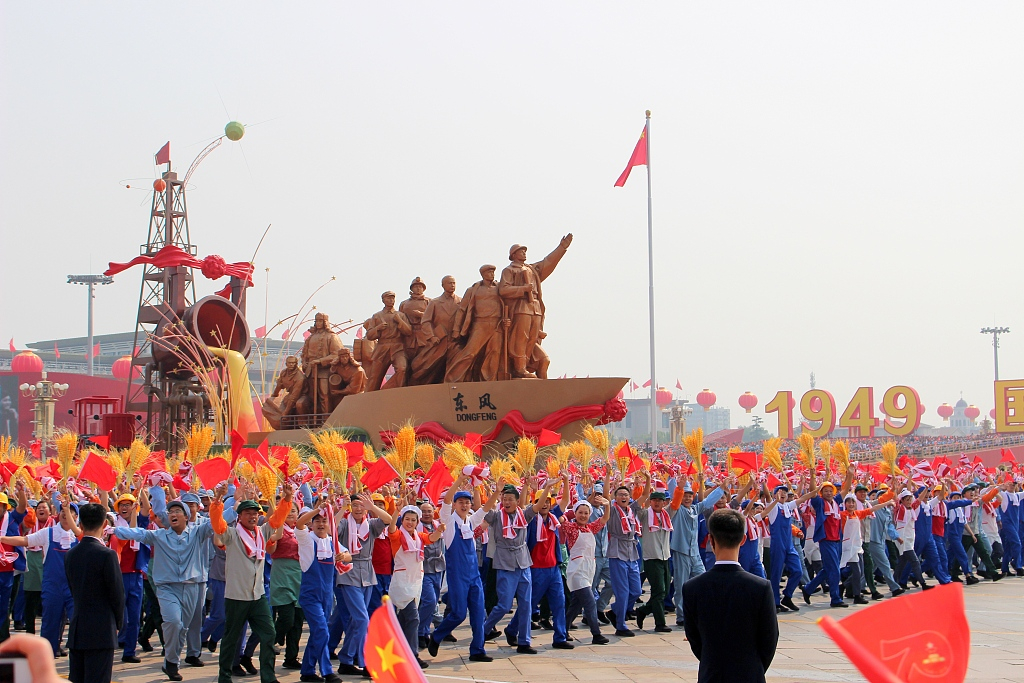 Beijing's Tiananmen Square marking the 70th anniversary of the founding of the People's Republic of China, October 1, 2019. /VCG Photo

Beijing's Tiananmen Square marking the 70th anniversary of the founding of the People's Republic of China, October 1, 2019. /VCG Photo

Beyond all these tangible developments, what impresses me most is the character of the nation that runs through the country: the can-do and must-achieve spirit.
Ghana is resolved to working with China in the spirit of FOCAC, especially on the implementation of the eight initiatives and the Belt and Road ideals put forward by Chinese President Xi Jinping. The successful implementation of these initiatives will definitely make the world kinder, gentler and humane for the next generation, especially in Africa.

Ghana's relations with China is on a positive trajectory with a renewed sense of purpose. By 2018, trade volumes between the two countries had increased by over 11.6 percent placing Ghana as China's seventh largest trading partner in Africa and China as Ghana's largest trading partner. A Ghana Consulate-General was established in Guangzhou in April 2019 to provide consular and other services to many Ghanaian traders and business people who visit the city, an evidence of the increasing business and trade between both countries.

Conscious of a trade imbalance, the Ghanaian government aims to reduce the deficit through initiatives such as the government's flagship One District-One Factory policy and the continent's African Continental Free Trade Agreement. In achieving this, the Chinese example is a motivation and blueprint to study and create unique strategies just as China did.