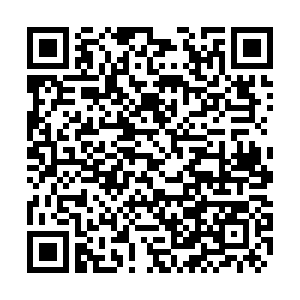 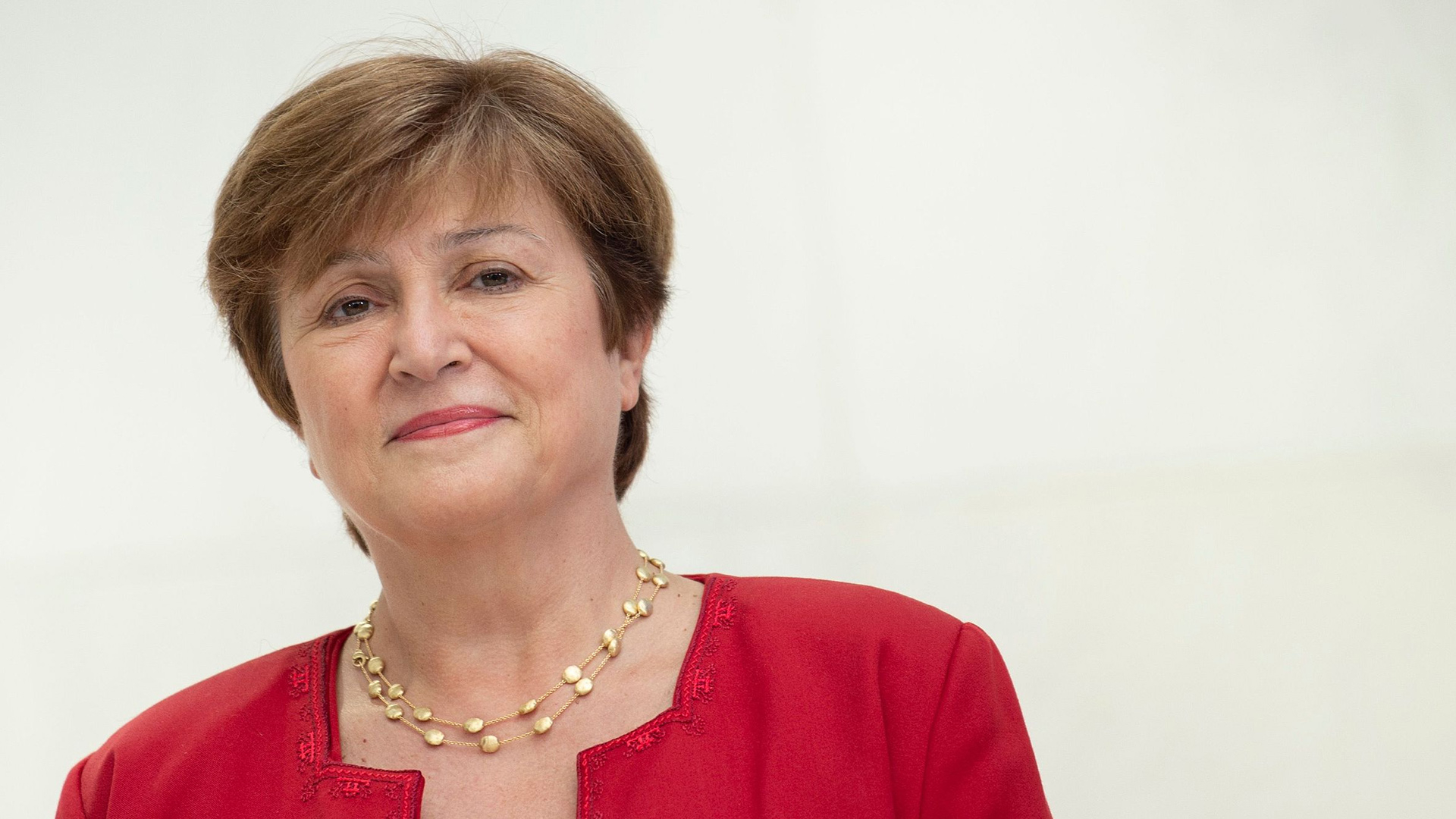 Bulgarian economist Kristalina Georgieva, former World Bank CEO, took office on Tuesday as the managing director of the IMF for a five-year term, becoming the first person from an emerging-market to lead the fund since its inception in 1944.

Georgieva, selected by the European Union (EU) to lead the IMF, was the only nominee for the position, succeeding Christine Lagarde. Noting that it's a "huge honor" for her to have been selected as the next managing director, Georgieva told reporters at the IMF headquarters last week that she steps into the role as a "firm believer" in the mandate of the global lender.

Georgieva, 66, has been CEO of the World Bank since January 2017. From February to April, she was the interim president for the global institution, following former chief Jim Yong Kim's abrupt resignation at the beginning of this year. At the World Bank, she was believed to have pushed for shareholders' consensus on a 13-billion-U.S. dollar capital increase and reform package last year, which cut lending to wealthier developing countries and shifted more resources to poorer countries.

The new IMF chief said she assumes her position fully aware of the challenges. "Global economic growth continues to disappoint. Trade tensions persist and debt burdens are rising in many countries," she said, adding that "warning signs are flashing."

'Fix the roof' before the storm hits

"My immediate priority for the IMF is to help members minimize the risk of crisis and be ready to cope with downturns should they occur," Georgieva said. "And yet we should not lose sight of the longer term objective to build stronger economies and improve people's lives on the foundation of sound monetary, fiscal and structural policies."

The new IMF managing director added that it also means dealing with long-term challenges such as inequalities, climate risks and rapid technological change. 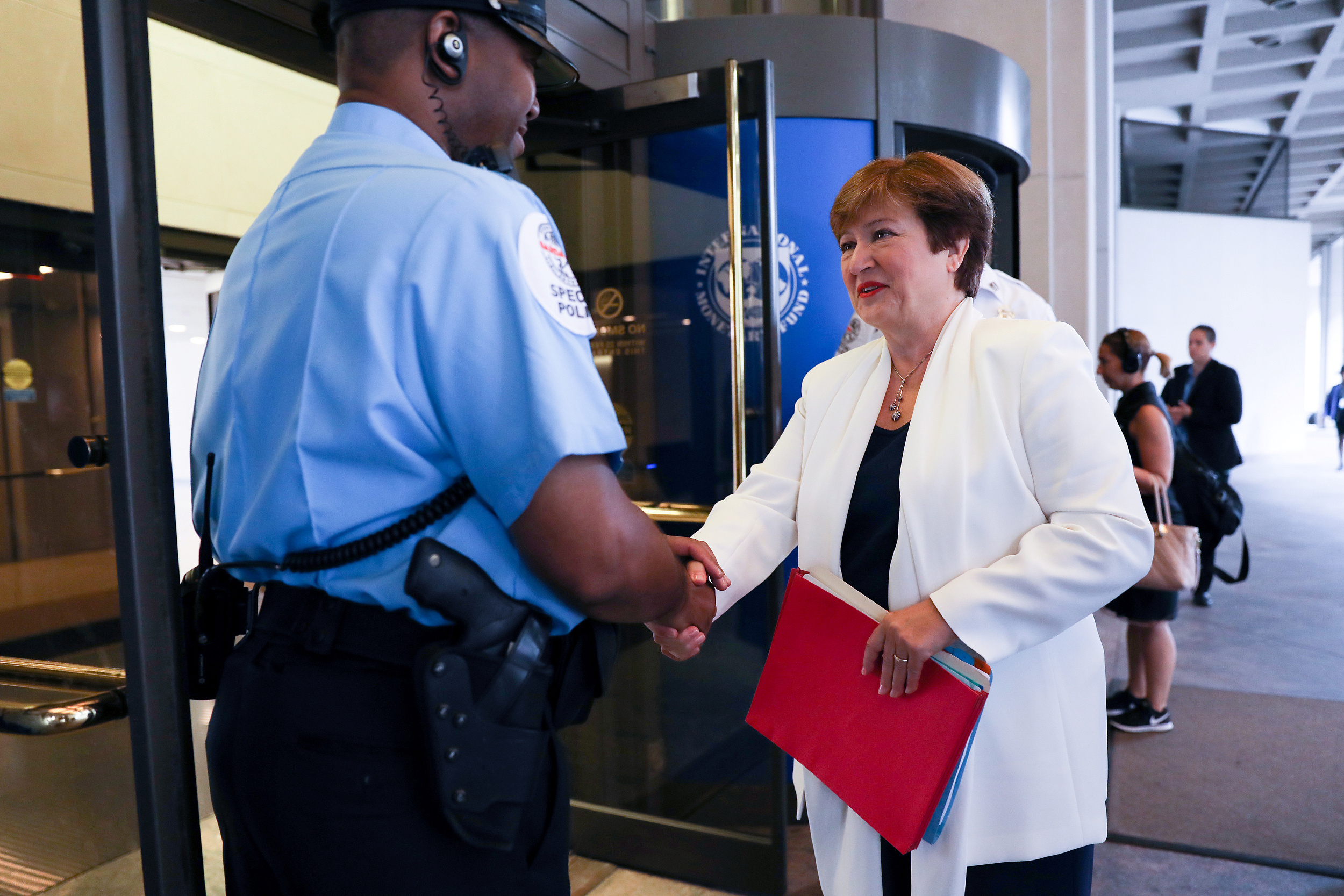 IMF Managing Director Kristalina Georgieva greets a security guard as she arrives for her first day in her new post at IMF headquarters in Washington, U.S. on October 1, 2019. / VCG Photo

IMF Managing Director Kristalina Georgieva greets a security guard as she arrives for her first day in her new post at IMF headquarters in Washington, U.S. on October 1, 2019. / VCG Photo

"My goal is to strengthen the fund by ensuring that it is well resourced, well-governed, always even-handed, forward-looking and attentive to the needs of all our members, big and small, rich and poor," Georgieva said.

Earlier this month, the IMF approved the removal of the age limit for the position of managing directors, paving the way for 66-year-old Georgieva to head the multilateral lender. Previously, the IMF's bylaws had prohibited the appointment of a candidate aged 65 or over as managing director and from serving past his/her 70th birthday.

The position of IMF chief has always been held by Europeans while the head of the World Bank has traditionally been American, an informal arrangement that has stayed in place for over seven decades.

(With input from Xinhua News Agency; infographic by Li Jingjie)