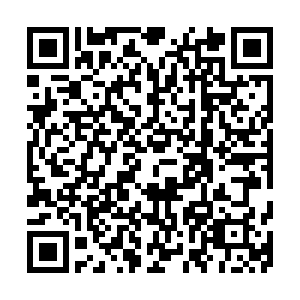 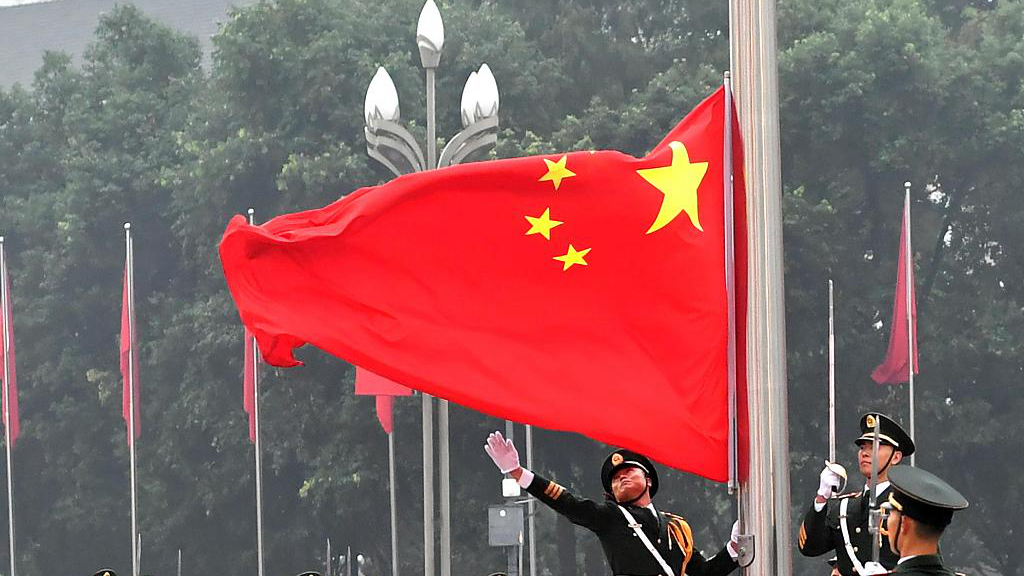 Editor's Note: Peng Nian is an assistant research fellow at the National Institute for South China Sea Studies, and a PhD candidate at Hong Kong Baptist University. The article reflects the author's opinions, and not necessarily the views of CGTN.

Randall Schriver, the U.S. assistant secretary of defense for Indo-Pacific Security Affairs, warned on Tuesday that China intends to erode U.S. military superiority by modernizing the PLA. Meanwhile, in its Tuesday report, the Wall Street Journal alleged that the advanced weapons appeared in the parade show the narrowing power gap between the two armies of China and the United States.

In practice, the U.S. reportedly launched a Militia-3 transcontinental ballistic missile without warheads from California on Wednesday, as a response to China's parade. Before that, a new institution of Chinese military affairs within the U.S. Department of Defense was established to coordinate the relations between the U.S. military and the PLA as well as U. S. government interagency meetings on China policy.

It seems that the U.S. has misunderstood China's parade by overemphasizing the high-tech weapons and overestimating Chinese military strength as well as its strategic intentions. 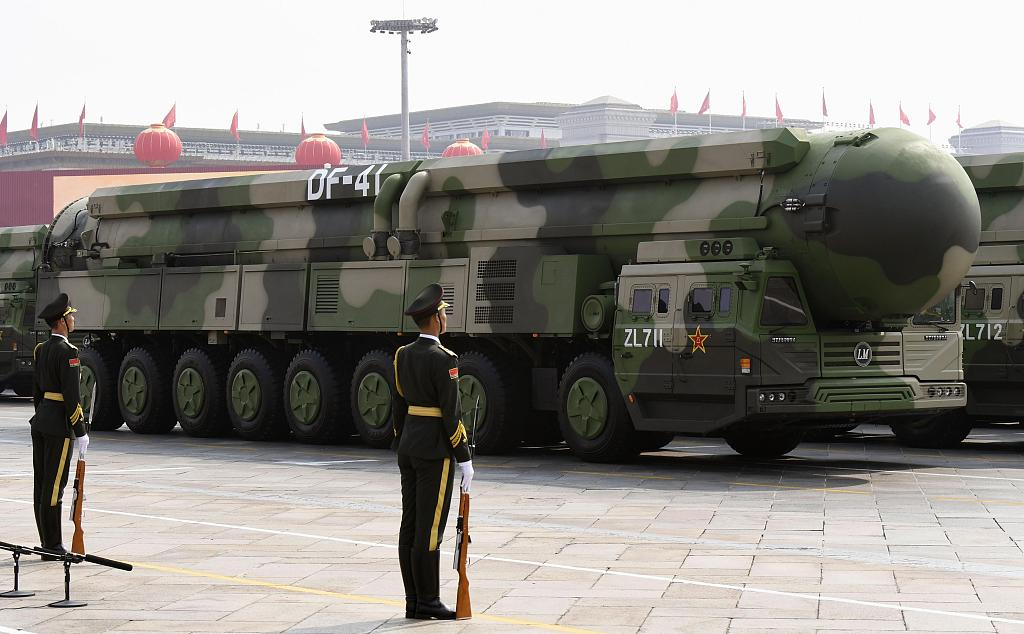 Dong Feng-41, a nuclear-capable intercontinental ballistic missile, is on display during the military parade in Beijing, China, October 1, 2019. /VCG Photo

Dong Feng-41, a nuclear-capable intercontinental ballistic missile, is on display during the military parade in Beijing, China, October 1, 2019. /VCG Photo

From the perspective of the U.S., China has always attempted to challenge U.S. hegemony in the Asia-Pacific by modernizing and professionalizing the PLA. Some of Chinese weapons are believed to have the same quality as the United States. This has further aggravated Washington's concerns.

Moreover, the U.S. has been on high alert of the intentions of China's parade. In fact, the weapons on display are strong evidences of China's successful development in the past seven decades. The parade is an instrument to unite Chinese people rather than flexing military muscle to foreign states. It has far more to do with domestic political concerns than with so-called hostility towards the United States.

In the military domain, Chinese leaders reaffirmed that these weapons are for defense purposes. In other words, China, as well as other nation states, have legal rights to modernize the army and thus to safeguard its sovereignty and territory. Considering the increasingly intense military competitions on the global arena, it is necessary for China to upgrade its military construction.

Such efforts should never be perceived as aggressive. Conversely, they are self-defense aiming at enhancing the cost of the foreign attacks or invasions.

China has reiterated its intention for peaceful rise. The parade at the celebration of the PRC's 70th founding anniversary is not a reflection of "threat" to the United States. Rather, it showcases China's military achievements in the past 70 years and its commitments to peace and development.