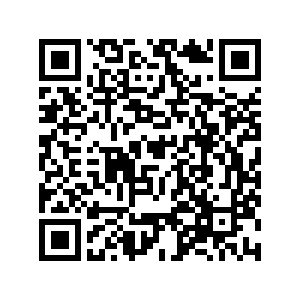 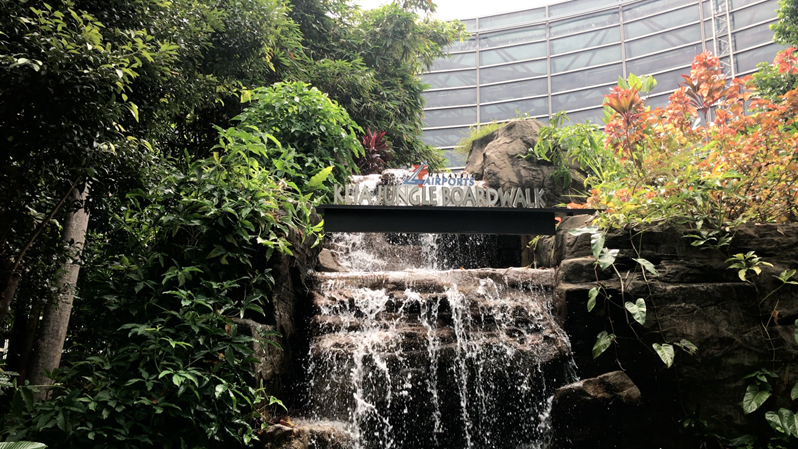 Renowned Japanese architect Kisho Kurokawa came up with the tagline for the concept of Kuala Lumpur's new international airport when it opened for business in 1998: "The airport in the forest and the forest in the airport."

It was a misnomer from the start. While a glass atrium at the heart of the departure hub now does enclose a facsimile of a tropical rainforest, Kuala Lumpur International Airport (KLIA) was, thankfully, not carved out of pristine jungle.

Anyone flying into KLIA will note the endless neat rows of uniform treetops stretching in all directions. KLIA is an airport in a palm oil plantation. 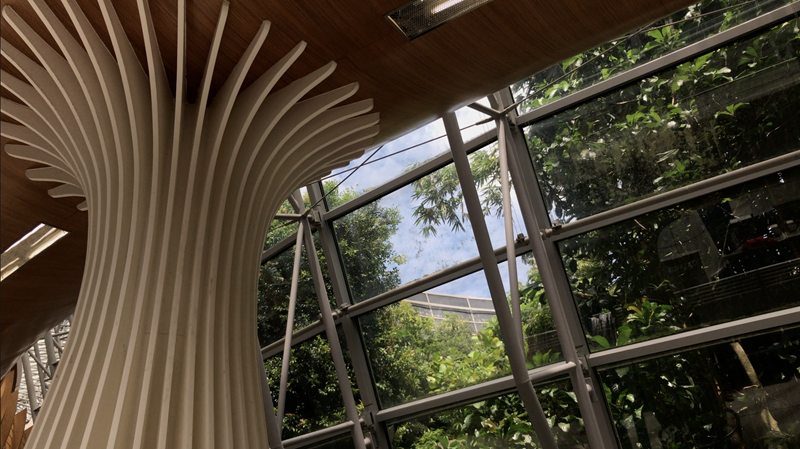 Not that that detracts from Kurokawa's vision. The striking interior architecture still looks as fresh and appealing today as it did 20 years ago.

As for the forest in the airport, when KLIA opened its doors, the trees inside the atrium were barely taller than the average adult and bore more resemblance to a plant nursery than a jungle.

But this is the tropics, where plants grow fast. And 20 years on, it's now a mature mini forest, with trees towering a good 20 meters to the top of the atrium.

Shahrunnizam Abdul Jamil, senior landscape manager for Malaysia Airports, said it was no simple task to create the forest in an already completed building. 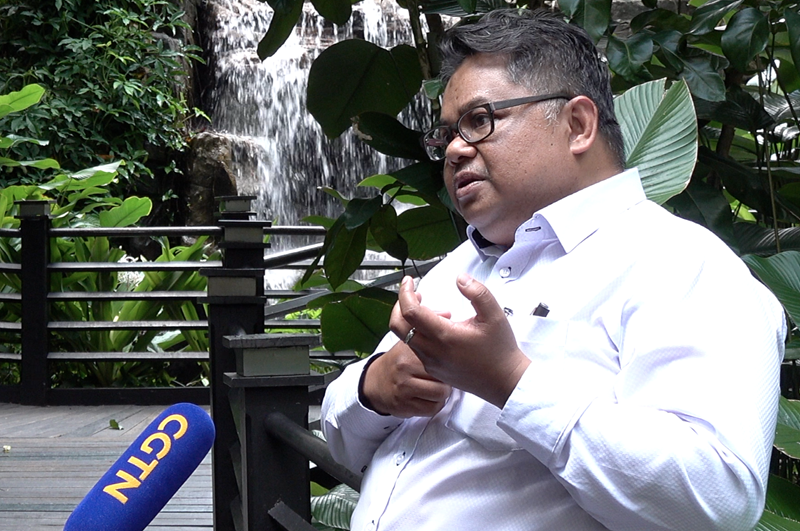 "This is not touching the ground. It is the garden that is elevated above the ground. It's contained in the container and then we put in the soil," he explains. The container ensures the roots cannot penetrate the concrete. We level up the ground to two meters, contour."

Next, they built the so-called hard features – the waterfalls at the forest's heart.

"Then we started to do the structure planting first, meaning that all the biggest trees will come first, after that the medium-sized tree and then the seedling, lastly with all the ground cover."

"Everything is indigenously from Malaysia,  so [...] we actually planted the cover crop so everything actually as if this is original forest from Malaysia that has been transferred or fabricated inside this container."

The forest has thrived, and in fact, its growth has to be controlled for safety reasons.

"At a certain limit, it's about 20 meters, we will achieve the ceiling height, then we have to cut it off because we don't want it to protrude over the ceiling point because it will attract a lot of birds," Shahrunnizam says.

"We are sensitive to birds at the airport because we do not want them to interfere with the aircraft." 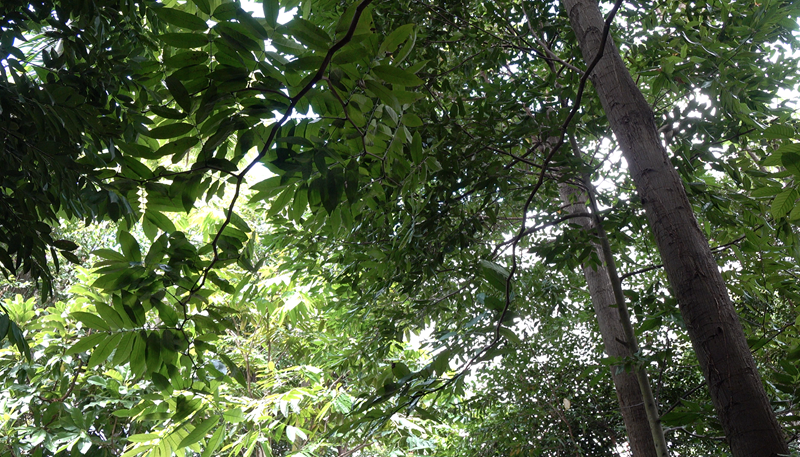 When the trees get to about 20 meters they have to be pruned. /CGTN Photo

When the trees get to about 20 meters they have to be pruned. /CGTN Photo

That consideration also affects the selection of species for the forest. "We do not plant any trees that bear fruits or beautiful flowers," which would also attract birds, Shahrunnizam explains.

A steady flow of visitors enter the atrium and stroll across its wooden walkways, past the tumbling waterfalls, stopping to read the signs identifying the plant species.

"It's so beautiful. It's so interesting to visit and take pictures. Yeah, it's nice," says Imroze Narojee, a tourist from Mauritius.

"I enjoyed visiting the forest in the middle of the airport," says Khairatun Nasyiatul Aisyiyah, an Indonesian tourist. "It's so unique. It also feels a bit cooling with all the trees. It's truly like being in a real forest," she says.

Shahrunnizam takes pride in the forest he helped create and has nurtured for two decades: "I personally have a connection with these trees because I can see them growing from the smaller tree until they are actually established and self-sustained."

And for those who have been coming to the airport since it opened 20 years ago, they will have also noted how those small saplings have transformed into a mature mini-forest providing a pocket of tranquility amid the hustle of modern air travel.