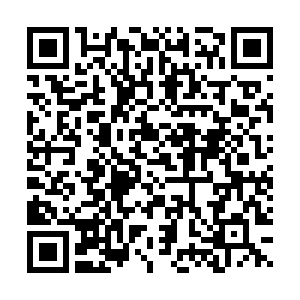 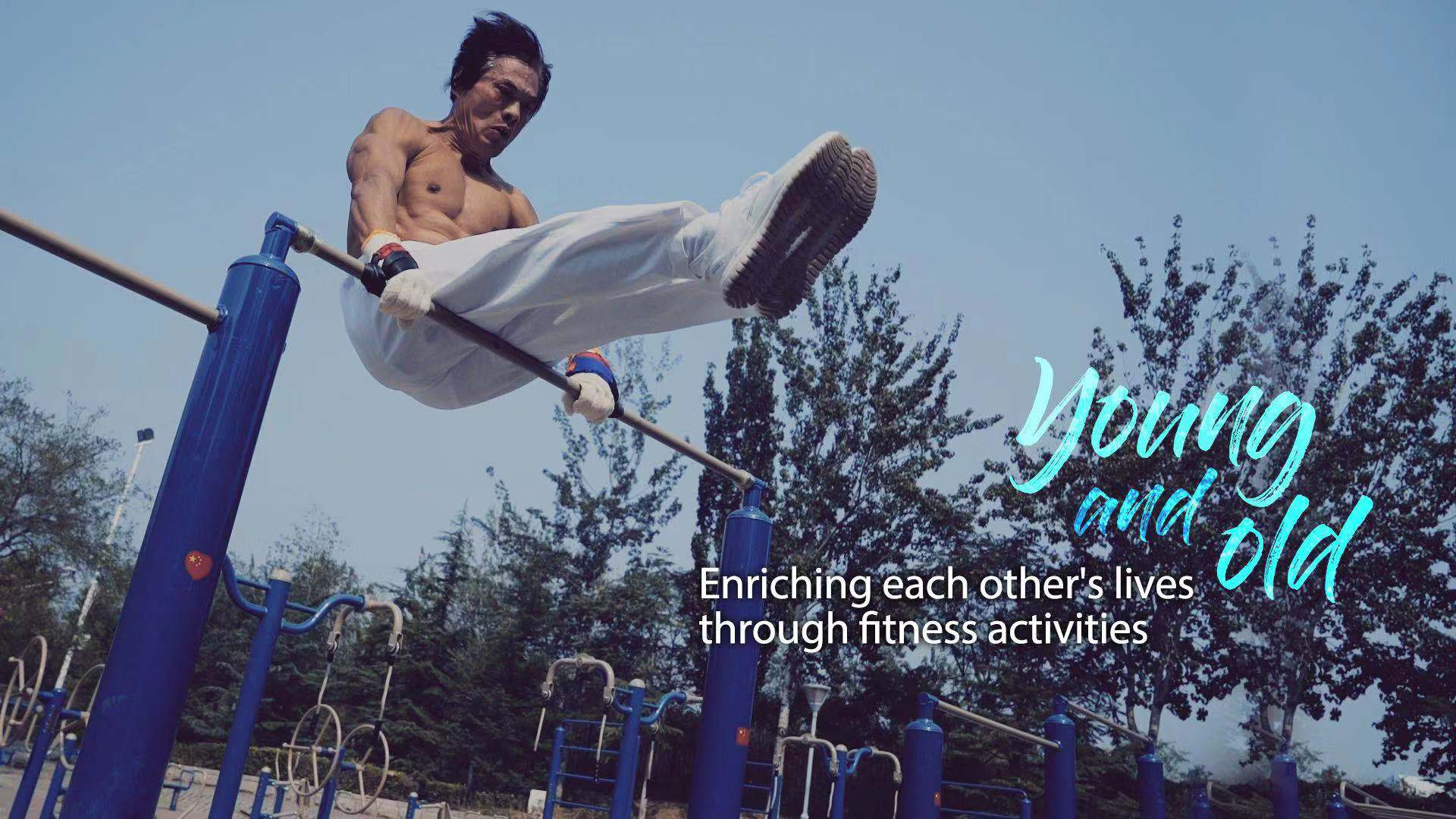 With the growing trend of national fitness in China, parks across Beijing have become a paradise for retirees to work out. These parks are not only inspiring the elderly to take up regular exercise, but also bridging the gap between generations by bringing together the young and the old for a shared pursuit – fitness. 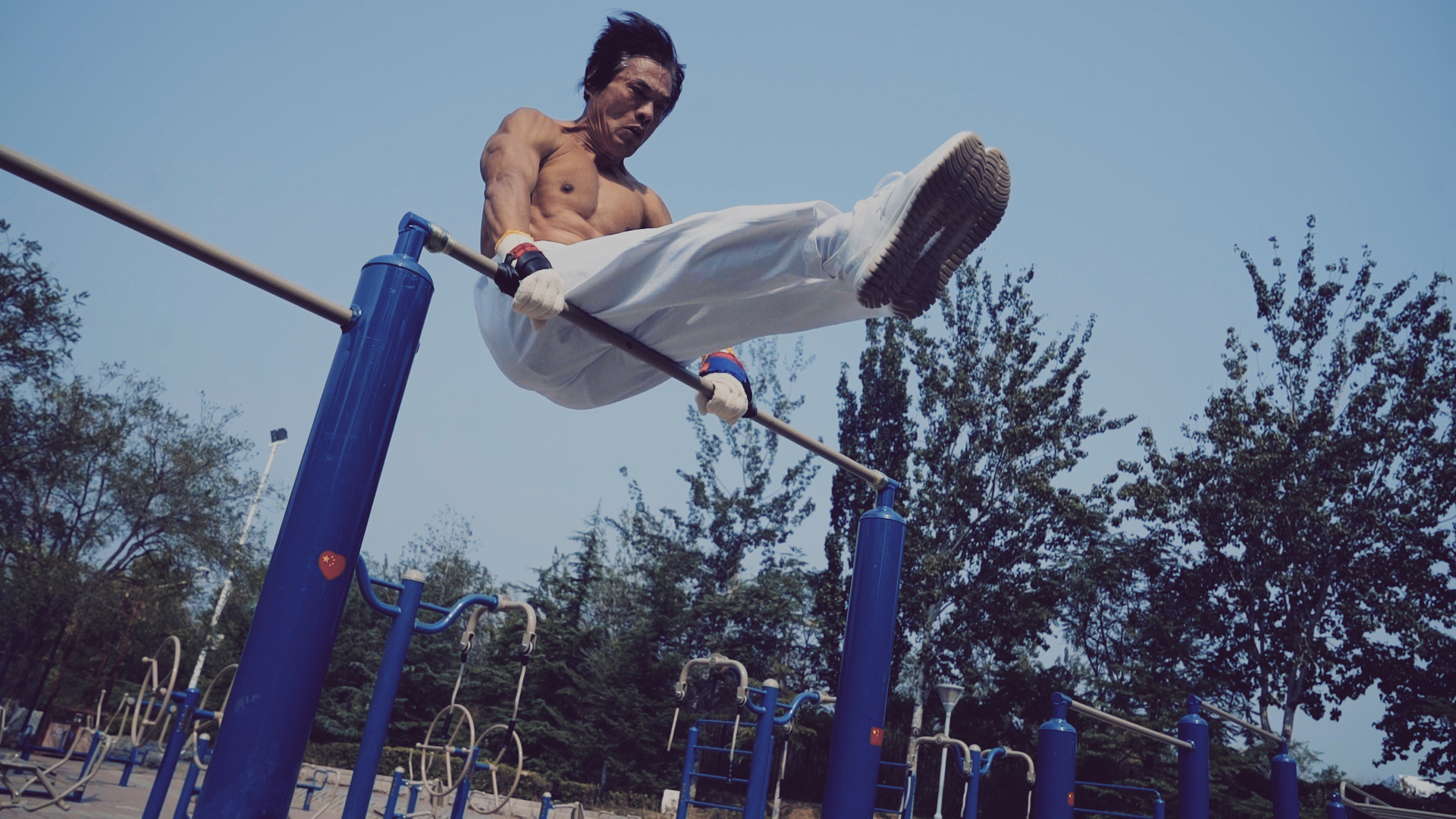 Parks across Beijing have become a paradise for elderly fitness enthusiasts. /CGTN Photo

Parks across Beijing have become a paradise for elderly fitness enthusiasts. /CGTN Photo

One such example is the Temple of Heaven. Once an imperial complex visited by the emperors of Ming and Qing dynasties for annual ceremonies and paying tributes to Heaven, the Temple of Heaven now also features playgrounds, exercise facilities and game areas. The park aptly mirrors the core spirit of retirees: staying young, vigorous and receptive to new things.

It's never too late to shine

Born in the 40s in Beijing and missing out on education in his youth, Liu Wancai spent over 40 years as a machine operator and driver in factories.

In 2008, during the Beijing Olympic Games, watching gymnastics on television inspired him to pursue physical fitness. After replaying the game in slow motion for countless times, he made up his mind to learn some of the routines on horizontal and parallel bars at the workout area in the Temple of Heaven.

Since then, come rain or shine, Liu has been regularly showing up on time and practicing gymnastic routines besides helping other people exercise in the park.

Seven years on, Liu views himself as a lifelong promoter of fitness for the Chinese elderly. After years of getting acquainted with fitness enthusiasts in the park, he hit upon the idea of holding a sports competition. 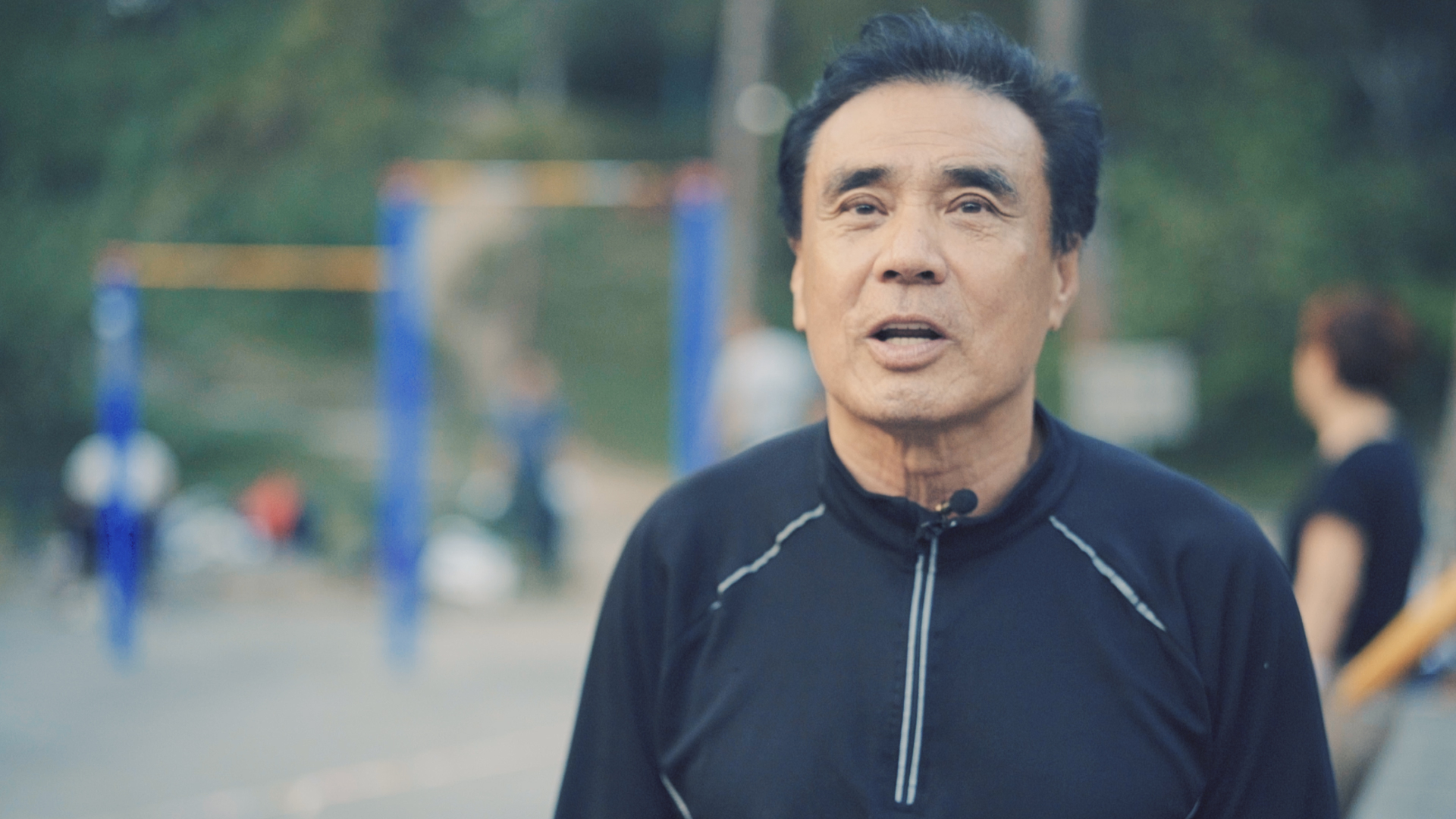 70-year-old Liu Wancai has been practicing gymnastics for over 10 years. /CGTN Photo

70-year-old Liu Wancai has been practicing gymnastics for over 10 years. /CGTN Photo

In 2012, when WeChat was still not popular among the elderly, Liu went from park to park to find gymnastics lovers. He would head out early in the morning and do his best to loop in as many people as possible. He invited everyone he could find practicing on the bars.

It was at this point that a young fitness enthusiast came into his life.

Retirees in the eyes of a millennial

Almost every weekend, there would be moments when passersby watching them exercise together would stop and ask: How is it that this young man is hanging out with the retirees?

One morning 10 years ago, Hu Jiyuan, born in 1994, had wandered into the Temple of Heaven to experience outdoor activities when he bumped into Liu exercising on the horizontal bar.

"It was quite incredible to see that they could pull off some really difficult routines, such as the giant swing, leap straddle or handstand," says Hu. 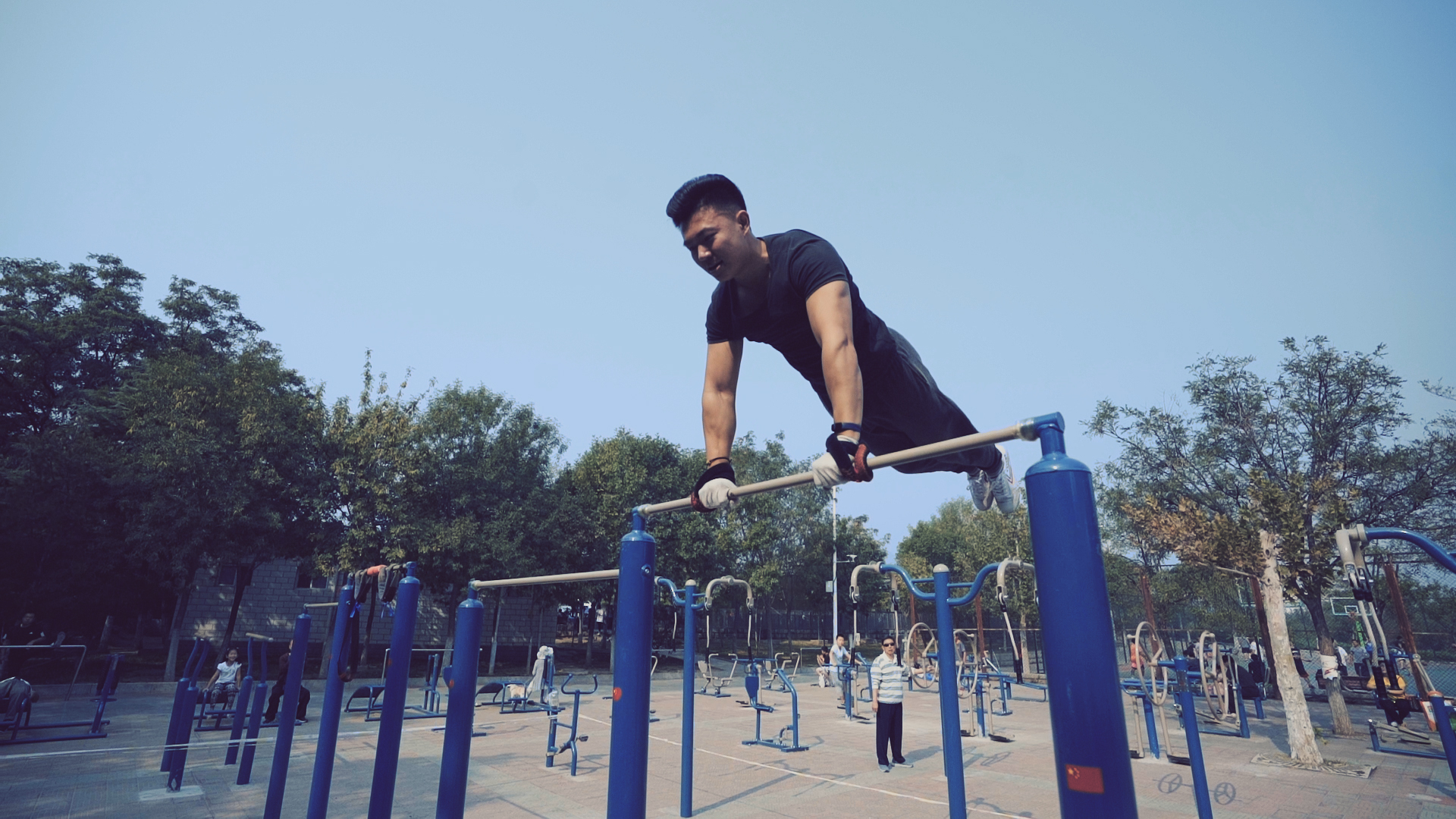 In the beginning, the high school boy had mixed feelings about hanging out with these people who reminded him of his parents or even grandparents.

Gradually, he found out that these high-spirited elderly gave him so much encouragement and inspiration. Having meals together bonded this millennial with the retirees, as they came to share the same hobby and purpose.

Routines like the giant swing, leap straddle or handstand are extremely hard for the elderly to pull off since it requires a lot of upper-body strength. For a long time, Hu watched Liu steadily practicing the giant swing step by step, which took him two years to finally pull off.

Hu believes that it is never too late to take up something in life, even if it is intense physical training. He says that even after starting exercising in their 50s, the elderly can be as swift, lean and muscular within a decade as people who have trained their entire lives. 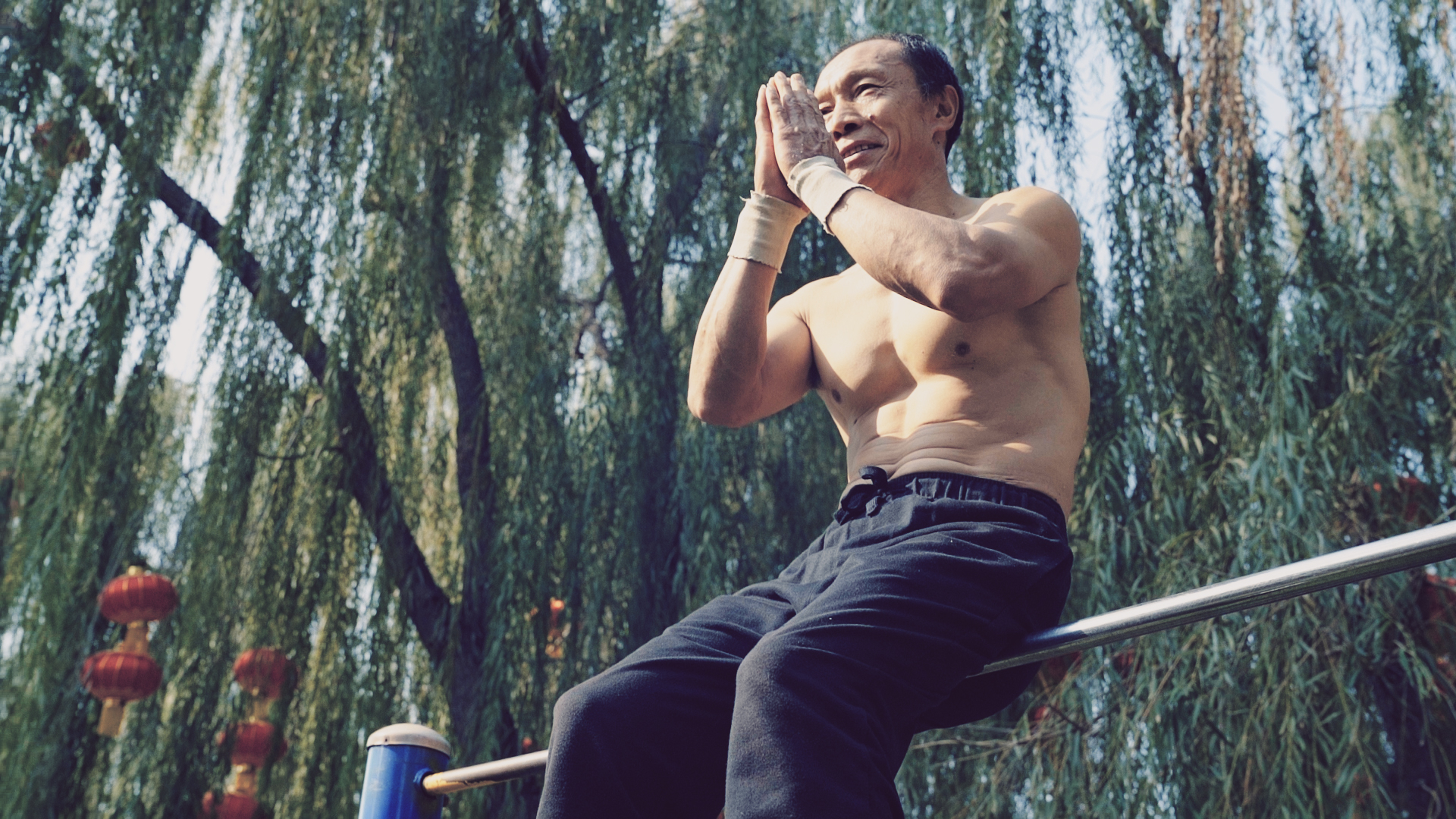 "Even after starting exercising in their 50s, the retirees can be as swift, lean and muscular as people who have trained their entire lives," says Hu. /CGTN Photo

"Even after starting exercising in their 50s, the retirees can be as swift, lean and muscular as people who have trained their entire lives," says Hu. /CGTN Photo

This intermingling between people from two different generations helped them enrich each other's lives. Liu is a forward thinker, receptive to young people's ideas. He was inspired by Hu to set his foot in the gym, the place he once thought was a windowless dungeon with bad air ventilation. At the same time, hanging out with these sporty elderly gave Hu some valuable insights into the public fitness scene in Beijing.

After graduating from Beijing Institution of Technology last year, Hu opened a gym where he employs avant-garde social media strategies.

"I think this gym can be an ideal place for the elderly to exercise and stay fit, especially when it is cold or raining outside," says Liu.