Amid trade war, Chinese bike makers diversify beyond the U.S.
By Yu Jing 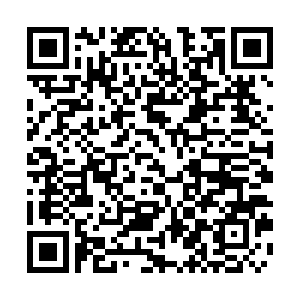 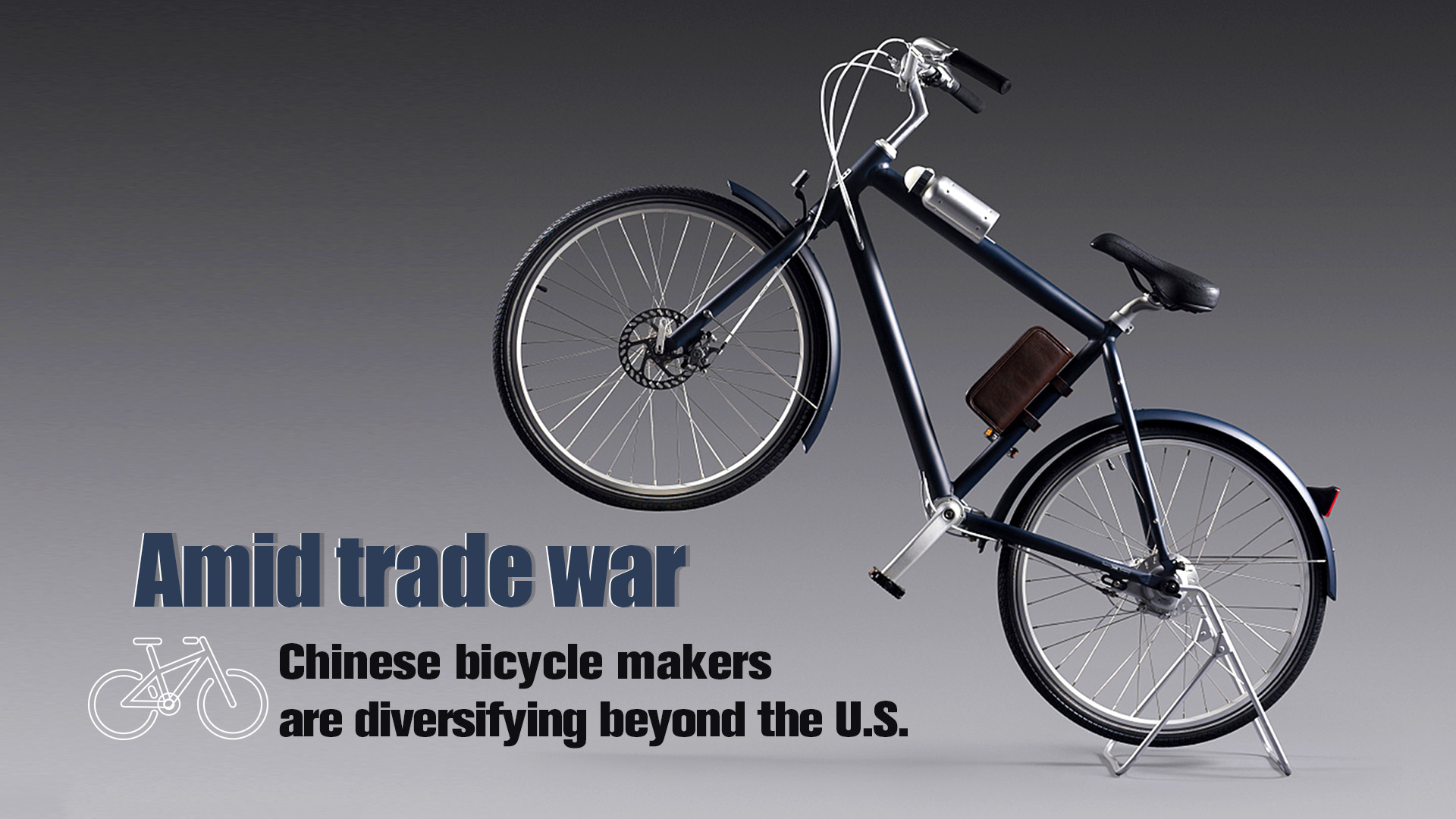 Caught between a protracted trade war and a decline in domestic demand, bike makers in China are not in their best days.

"Most of the big players in the industry rely on orders from customers abroad. Though what we produce are low value-added products, the number of products we churn out is huge," Shi told CGTN.

In 2017, among the 15.4 million bikes imported into the U.S., 14.4 million came from China, accounting for 94 percent of the total. Of those produced in China, around half came from China's bike manufacturing hub, the city of Tianjin. 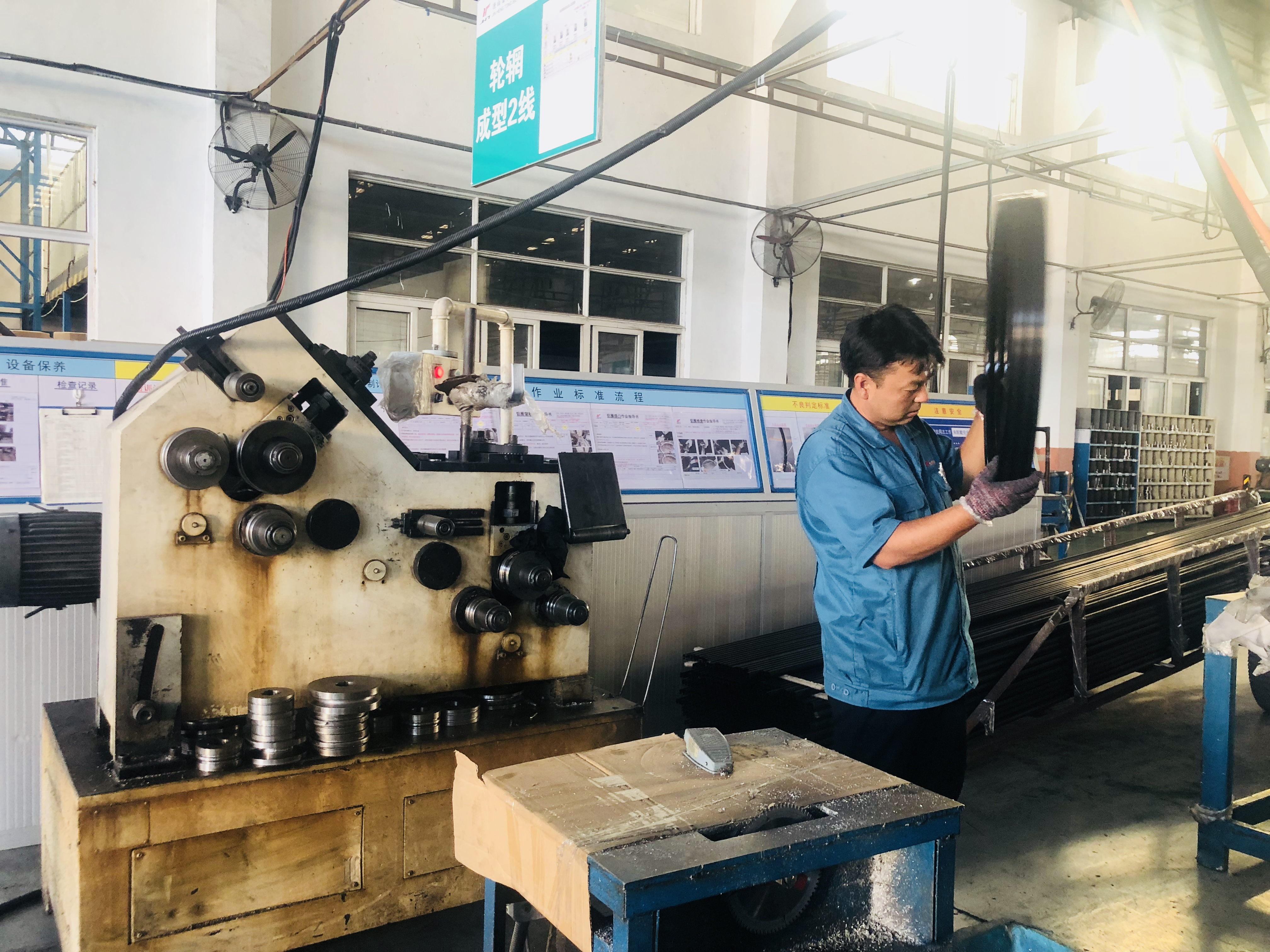 Shi's company, Tangshan Jinhengtong Group, is based in the Lutai Economic Development Zone in Hebei Province and specializes in producing high-quality bike frames, especially the lightweight carbon bike frames that are typically seen on road bikes sold in the U.S.

But with the Trump administration slapping a 10 percent tariff and later upping it to 25 percent in bikes and bike parts, his company's export performance turned bleak almost overnight. The products affected by the tariff hike range from bike components like handlebars, GPS units to accessories like helmets. Lithium-ion batteries, which are commonly used in electric scooters, are also subject to the tariff increase.

"After the tariff hike, our American customers turned to suppliers in Vietnam. Even if the quality may be compromised, their price advantage is still a huge attraction," Shi said.

Bike manufacturing is a key pillar of Tianjin's economy. At its peak, one in 10 residents in the city was employed in the bike industry. According to a report published by the Tianjin bike and electric bike industry association, in the first half of 2019, Tianjin's bike export to the U.S. dropped 40 percent year on year, due to the pinch from the trade war. 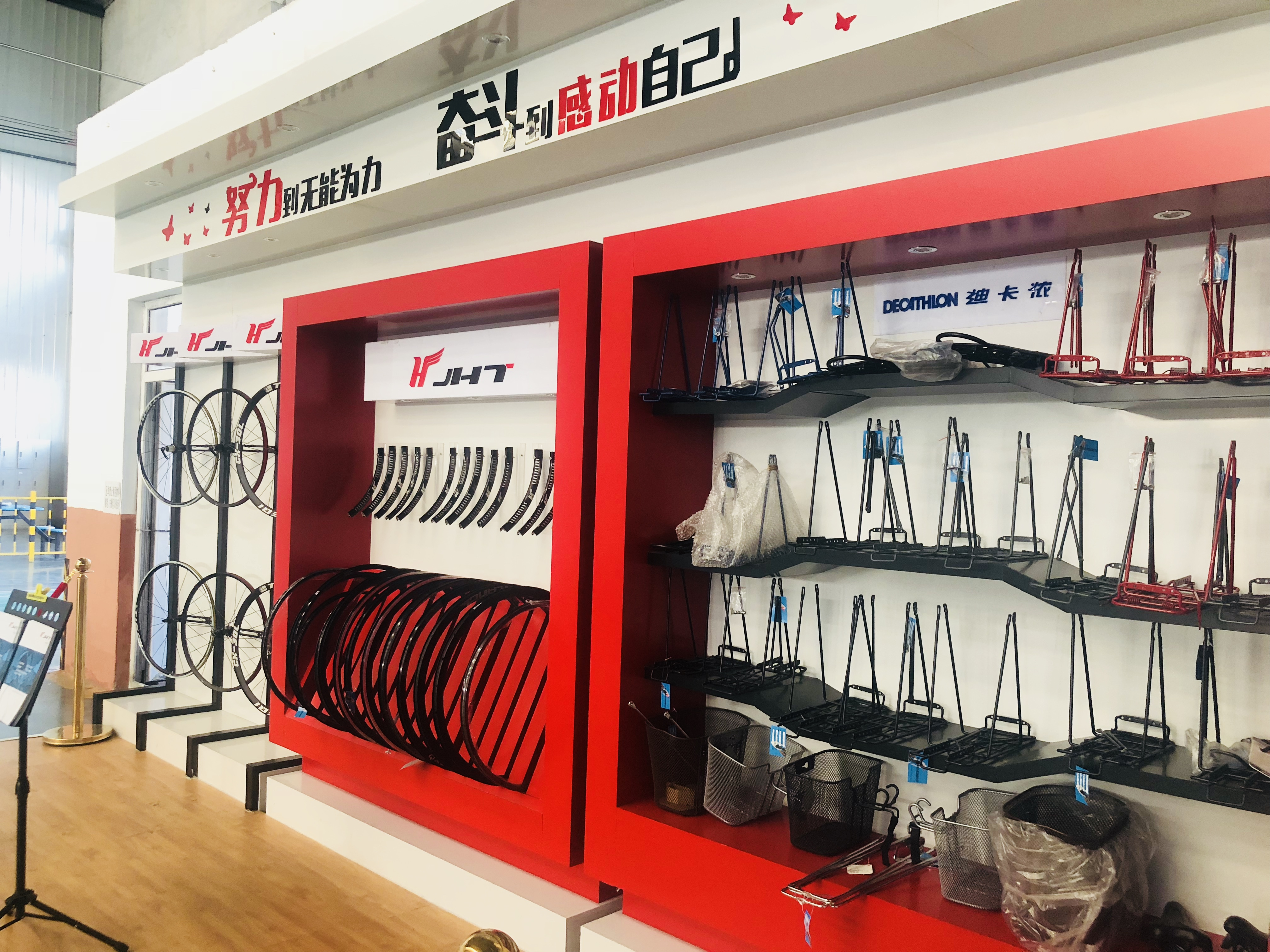 To compensate its loss in the U.S. market, Tangshan Jinhengtong Group turned to Northern Europe — a market it finds most promising.

"Northern European countries have a long-standing tradition of cycling, not for transportation but for leisure and exercise," Shi said. "They used to source their bike parts mostly from Japan and Taiwan, but now suppliers from the Chinese mainland can also live up to their standards."

Bike companies in Northern Europe have stringent requirements on environmental and safety standards. For example, electroplating, a process commonly used in bike manufacturing to apply a metal coating to a bike frame, is strictly prohibited in Northern Europe. The EU also strongly prohibits the use of heavy metals in bike components.

"With our 20 years of history in the industry, our partners from Northern Europe can place their trust in the quality of the bike parts we produce," said Shi. 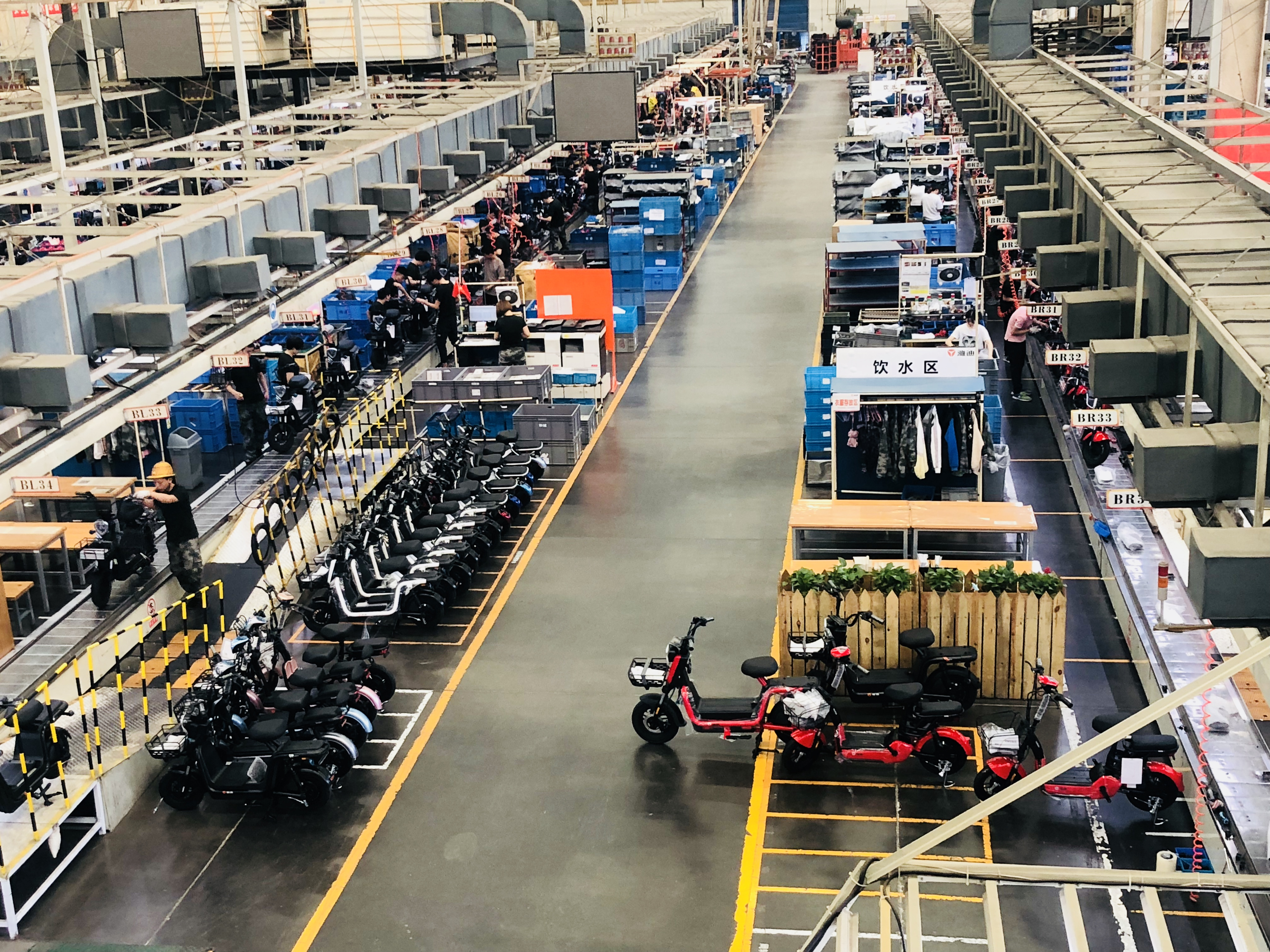 A section of a production line in a Yadea Technology Group factory in Tianjin. /CGTN Photo

A section of a production line in a Yadea Technology Group factory in Tianjin. /CGTN Photo

Electric bikes, which are gaining popularity in the U.S., are also hit by the 25 percent tariff. But suppliers in China have managed to find ways to diversify beyond the U.S. to cushion the blow.

Yadea Technology Group Co., Ltd, the biggest electric scooter company in China, turned to Southeast Asia for future growth, according to the general manager at its Tianjin production base, Zhang Xiaogang. It is quickly expanding its market in Southeast Asia, where the fast rise of individual income is fueling the demand for easier ways to transport.

"Besides China, India, with its large population base and ascent in economic power, is probably going to be the largest market for electric scooters," Zhang told CGTN.

He said Vietnam has vowed to ban motorcycles by 2030 to curb carbon emission, which means it has a great market potential for electric scooters.

"Vietnam currently has around 7 million motorcycles on its roads. If you replace all of that with electric scooters from China, that is a huge market," Zhang said. 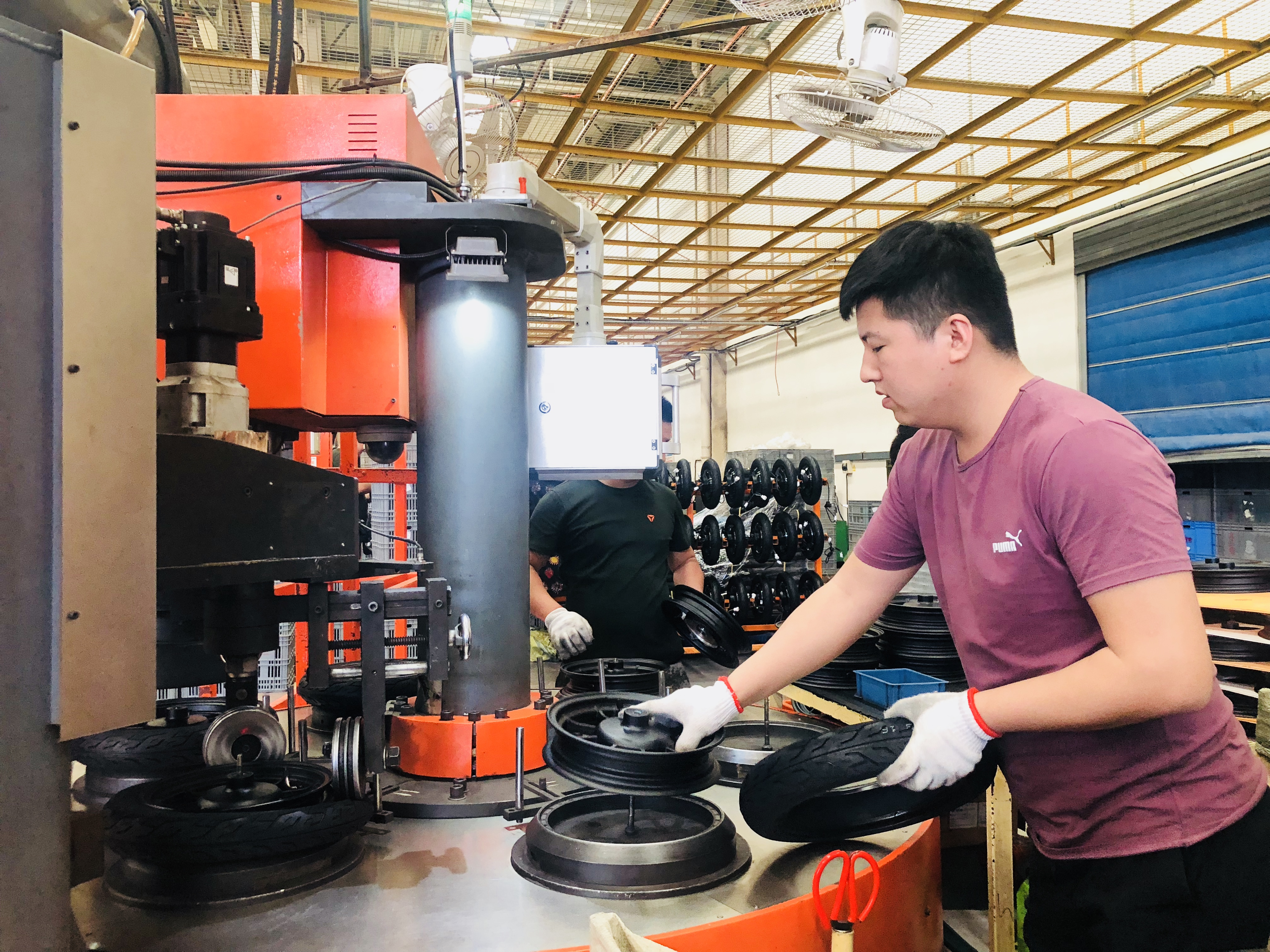 But it takes time for Chinese bike makers to push for diversification. In markets across Southeast Asia, where made in China used to be associated with cheap knock-offs, bikes from China need to win local consumers' trust, according to Zhang.

Even for a company like Tangshan Jinhengtong Group, which first started its export to Northern Europe in 2014, it would still take three years for its Northern European market to grow to the same size as the American market.

"We take a wait-and-see approach. As we diversify our market beyond the U.S., we are also waiting to see how the trade talk evolves," the company's vice general manager Shi said.