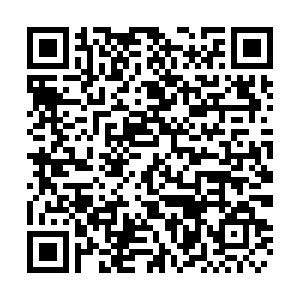 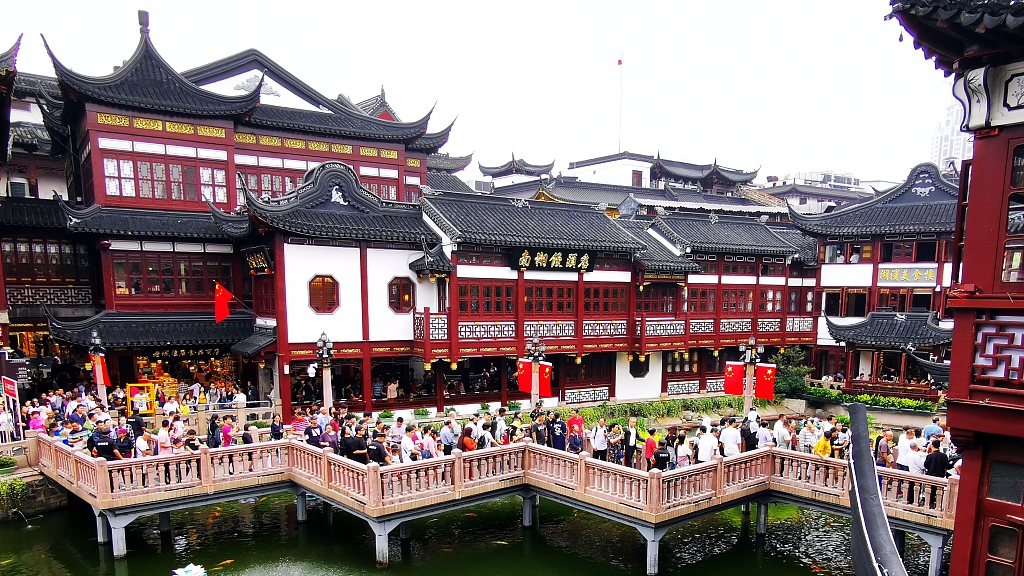 People finished their trips and came back to daily life after the seven-day National Day holiday, also known as Golden Week, which as usual, saw a huge number of tourists travel across China, thereby bringing changes to the tourism market.

According to the Ministry of Culture and Tourism, China saw a total of 782 million domestic tourist trips during the seven-day National Day holiday, up by 7.81 percent from last year.

Tourism revenue reached nearly 650 billion yuan (about 90.94 billion U.S. dollars) during the holiday lasting from October 1 to 7, up by 8.47 percent, according to the ministry.

According to the Ctrip, tourists from more than 500 cities bought travel products for more than a hundred countries and regions through its platform, marking the highest in its history.

The report noted the 10 major tourist cities of the National Day holiday, in which Shanghai and Beijing ranked took the lead.

Residents from these cities spent more than 3,000 yuan per person in domestic tourism during the Golden Week. People from Shenzhen were shown to be the most willing to spend money on traveling, with the average cost for each trip per person hitting 3,324 yuan. 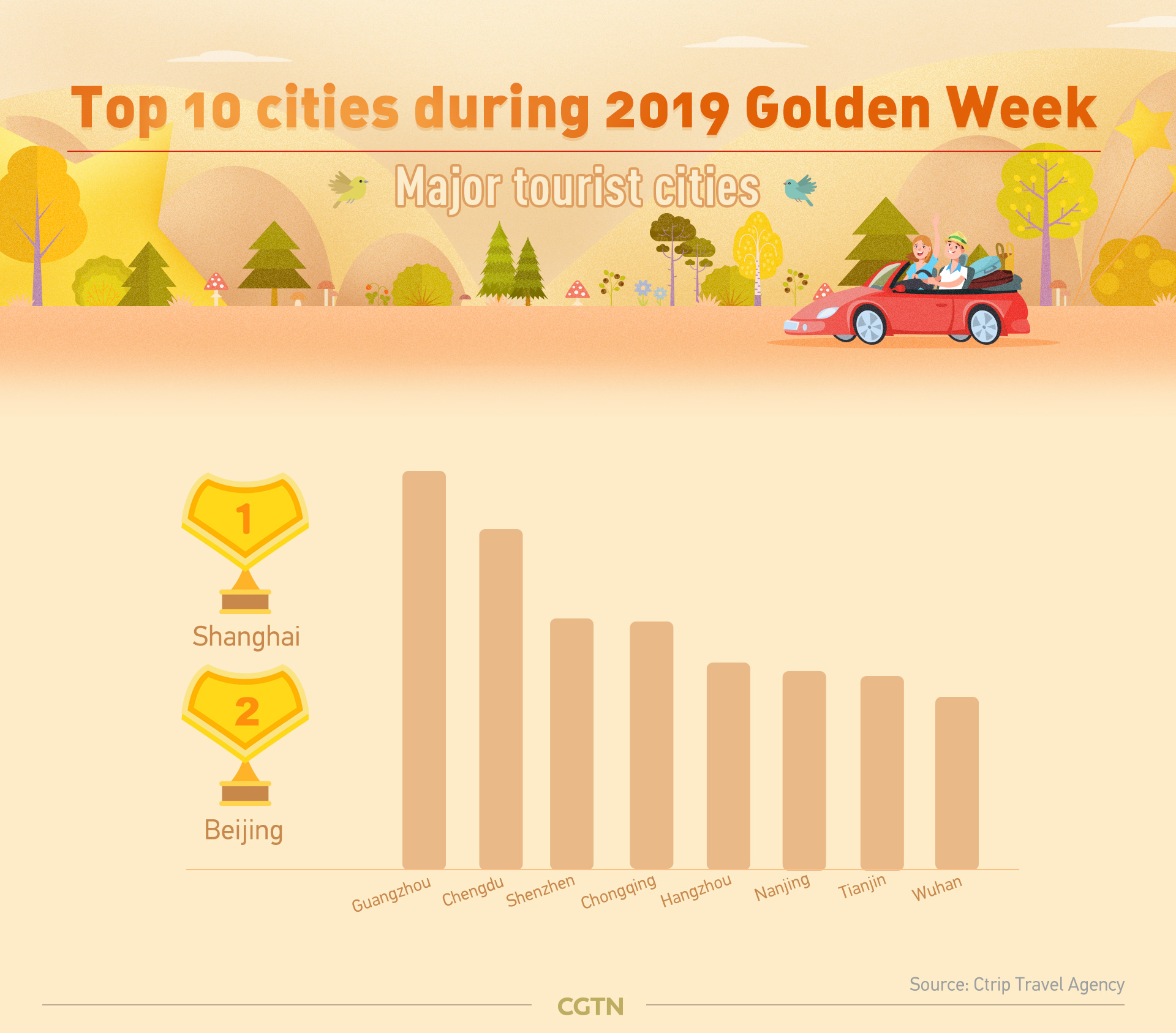 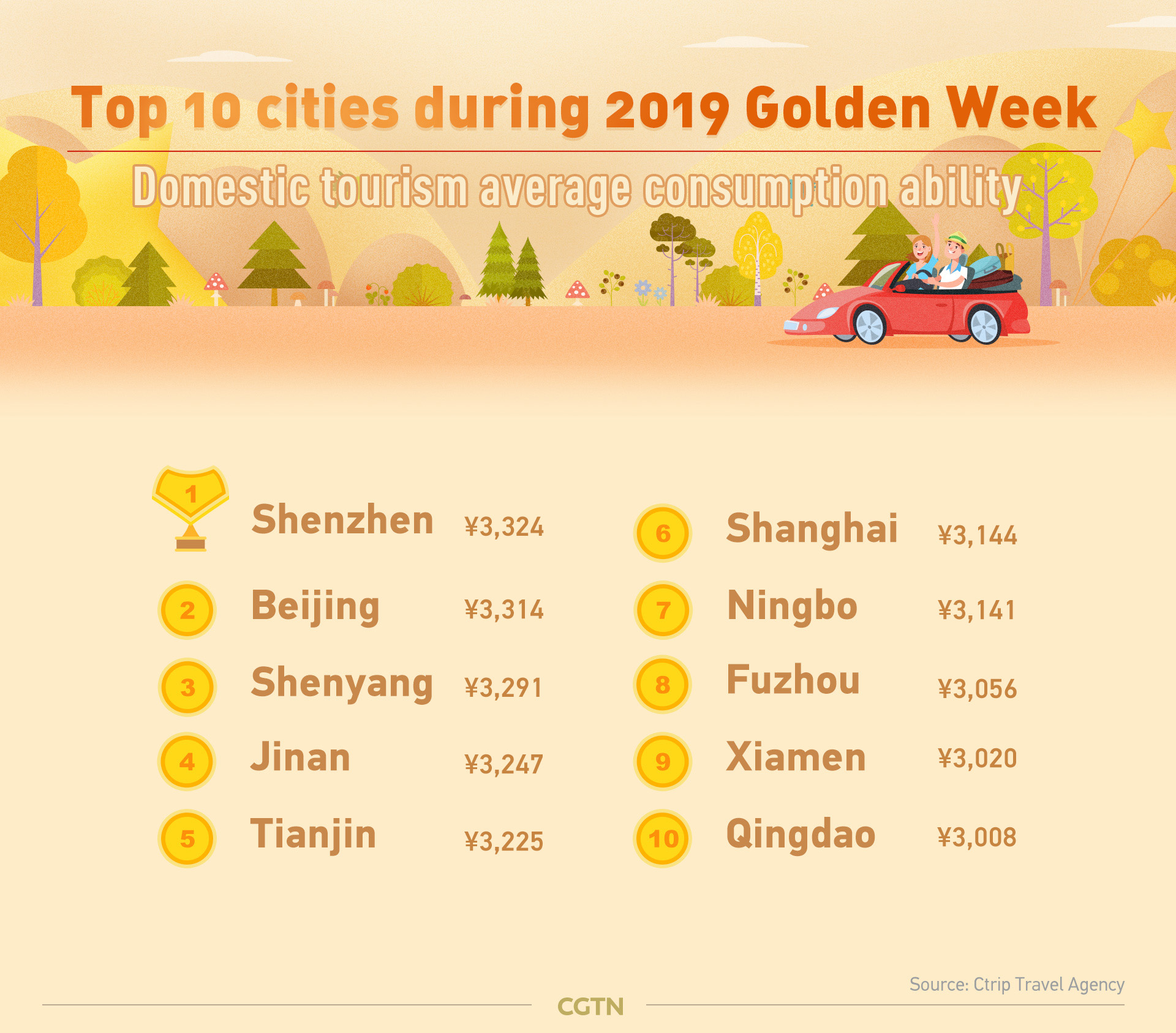 "Red Tourism," or tourism themed on the revolution, remained a highlight. About 78.84 percent of the tourists participated in activities celebrating the 70th anniversary of the founding of the People's Republic of China, according to statistics from the ministry. About 66.4 percent of the tourists visited sites related to history and culture, while 44.96 percent participated in nighttime tourist activities.

According to the Ministry of Culture and Tourism, Beijing, Jinggangshan, Zunyi, Yan'an, and other "Red Tourism" destinations were the most popular among tourists.

This year's National Day holiday coincided with the Double Ninth Festival. According to Ctrip's online reservations, many senior citizens chose to hike.

The number of visitors aged 55 and above increased by 32 percent compared with last year. Many parents opted to spend their vacation with their kids and went out exploring.

What's more, the "take your parents out" type of trips became popular this year. It is common to see three generations of families traveling together.

Millennials have become a major group of travelers on the National Day holiday, accounting for 51 percent of the total number of booked trips.

Parent-child travel is another important group during Golden Week travel, accounting for 35 percent, while the proportion of couples was 23 percent. The highest per capita expenditure on travel was 3,988 yuan for the "take your parents out" trips, followed by 3,772 yuan for couple's trips. 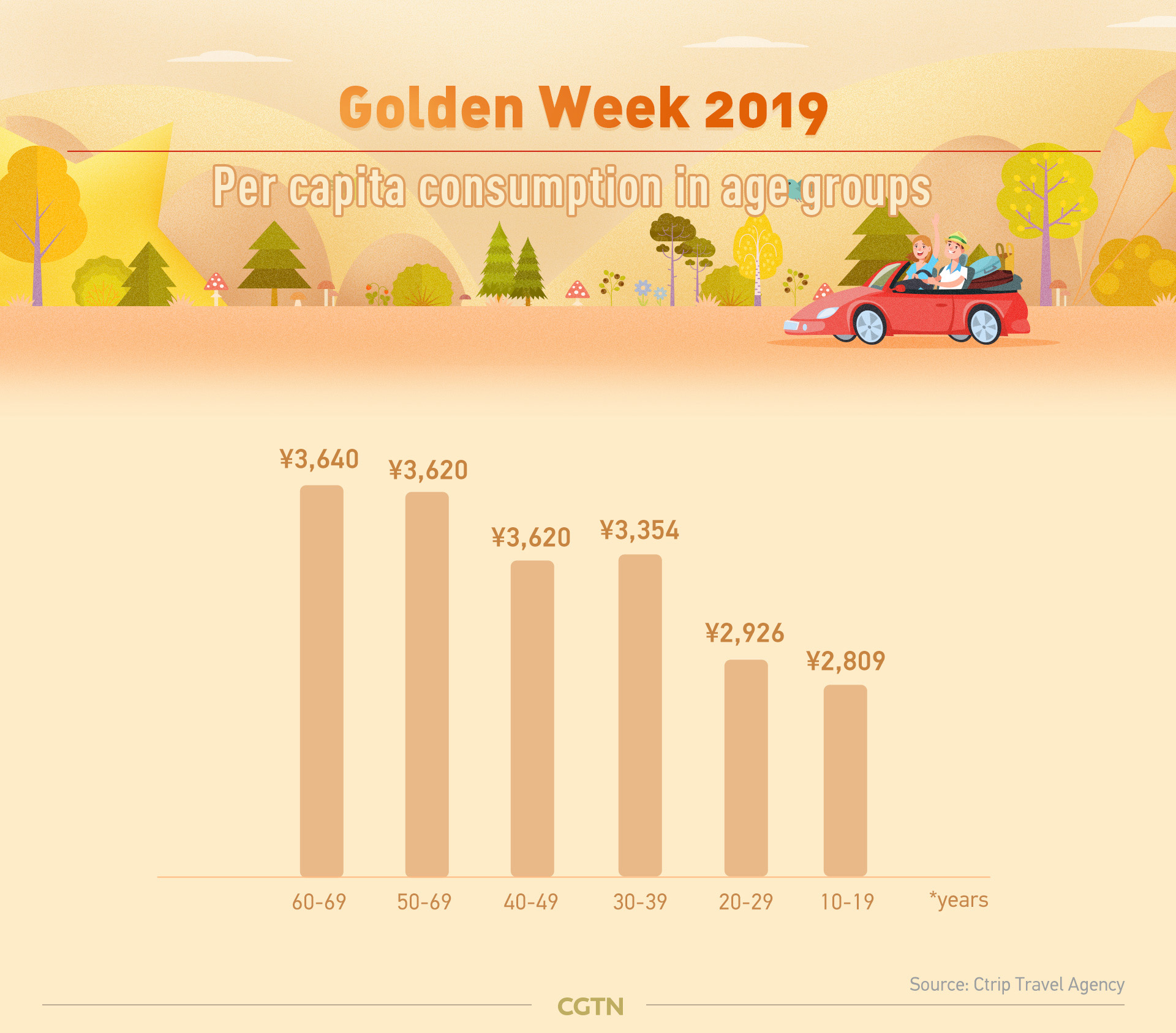 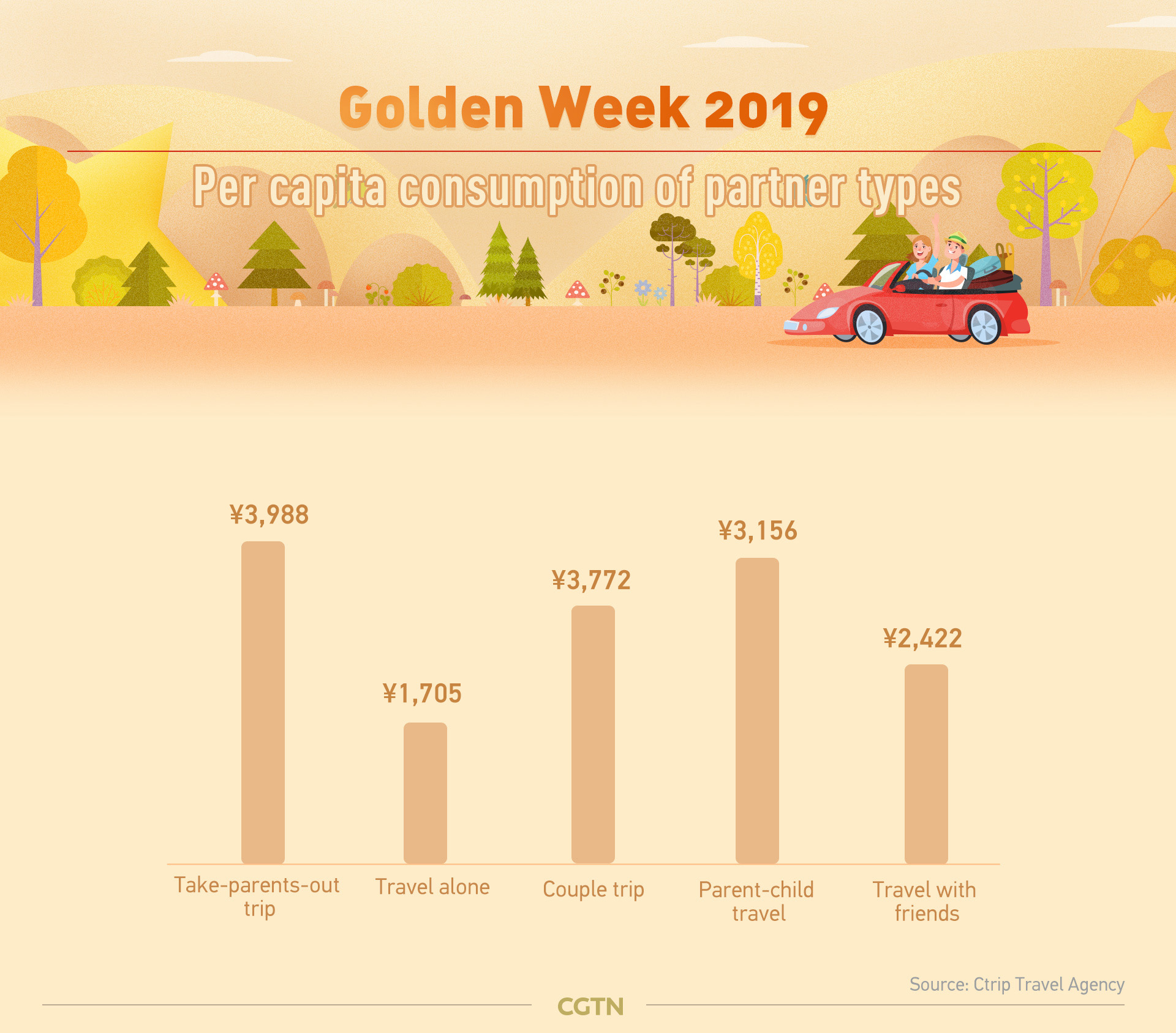 The most popular destinations for overseas travel were Thailand, Japan, Vietnam, Russia and Indonesia. Thailand drew the most tourists who spent an average of 4,620 yuan per person.

During this year's Golden Week, the number of tourists traveling to Japan increased by nearly 30 percent after the simplification of the visa application process for Chinese tourists earlier this year.

Other countries, such as Myanmar, Philippines, Switzerland, Austria and the Czech Republic have become more popular among Chinese tourists. The number of travelers to Myanmar increased by more than 435 percent this year. The popularity of those destinations is also correlated to the accessibility of visa, convenient transportation, and high cost performance. 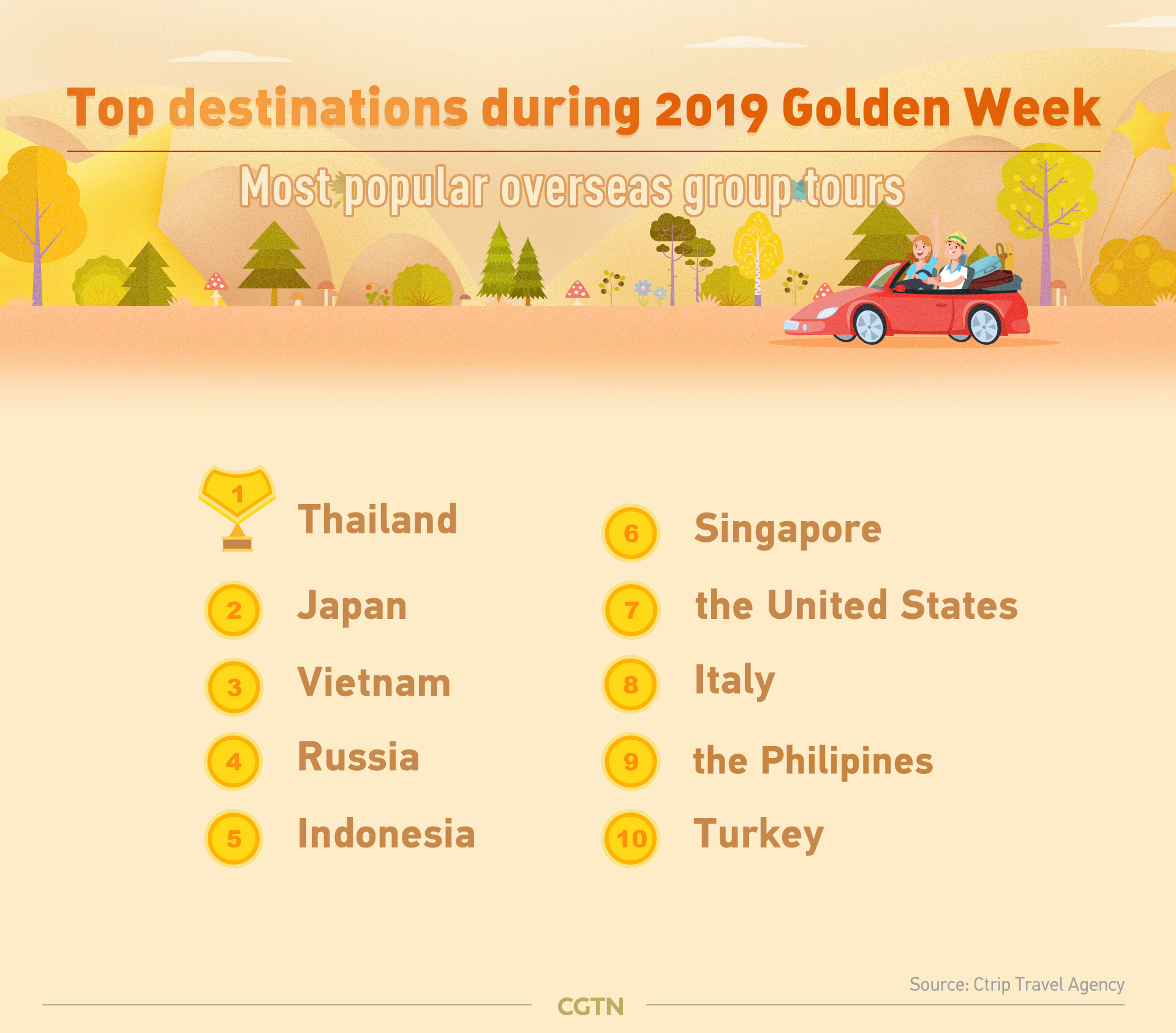 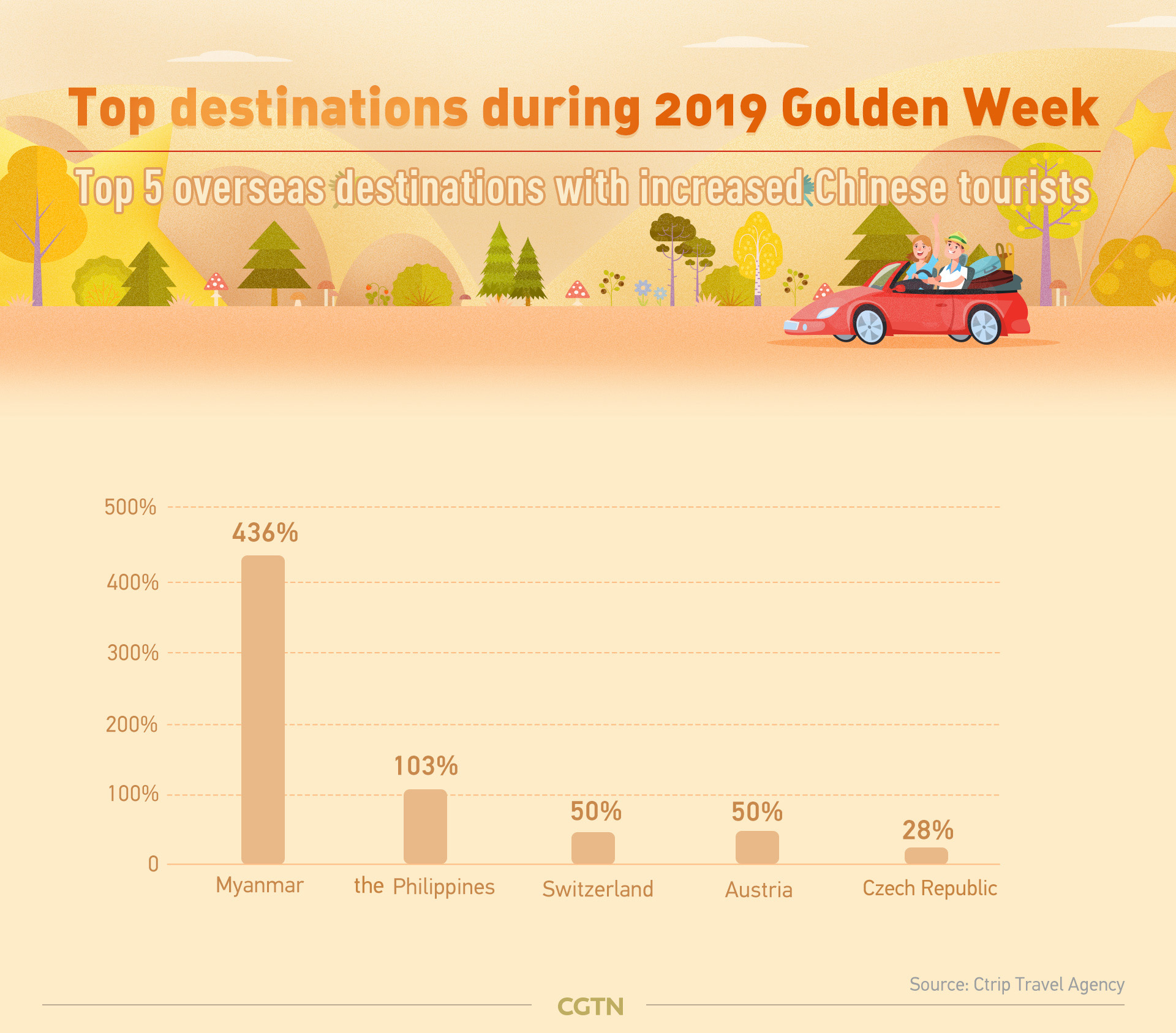