Sudanese refugees in Syria? The story of hundreds of people who fled one civil conflict to end up in another
Alaa Ebrahim 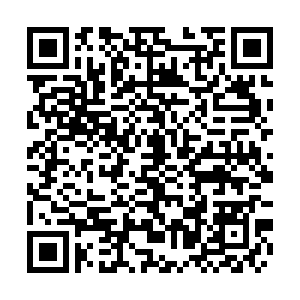 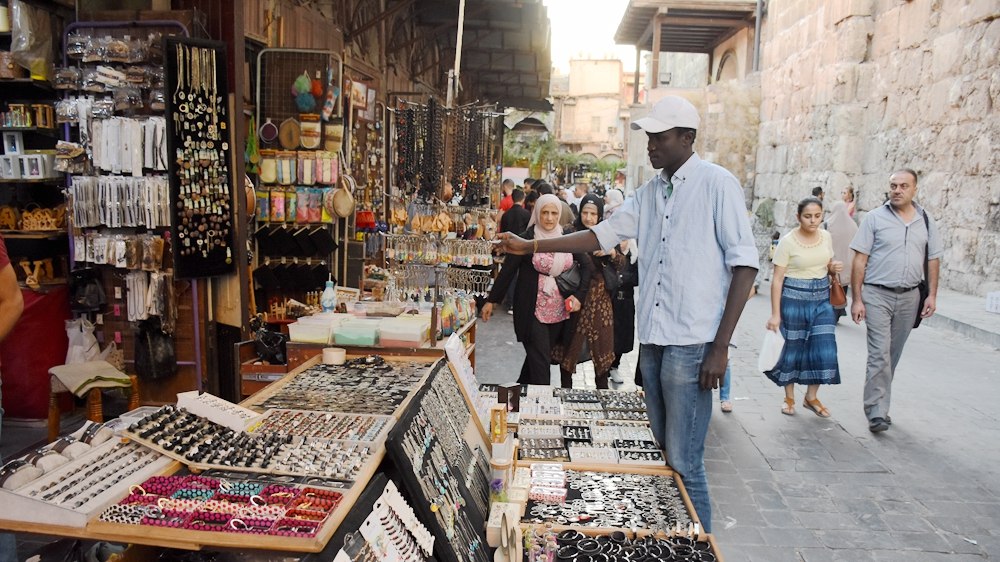 Ringer, a 26-year-old Sudanese refugee, on a street in Damascus. /CGTN Photo

Ringer, a 26-year-old Sudanese refugee, on a street in Damascus. /CGTN Photo

Sudanese refugees in Syria are a community of hundreds of people who came fleeing the war in Sudan only to be trapped by another deadly civil conflict in Syria. They wait to be resettled in other countries as part of a UN program to help refugees. But decades after their arrival, they are still waiting with no end in sight.

A group of African men chatting in the heat of the afternoon is not something you see very often in Damascus. More people stop by the makeshift stands to look at the vendors than they do to look at the products.

But here in Kshakoul district, this is becoming a usual scene since Abdulkarim and Savok Monteh started working here in late 2018. Both men arrived from Sudan to Syria fleeing civil violence in late 1999, but, since then, a lot has changed.

When they arrived, they were both Sudanese nationals, but now Abdulkarim is from Sudan while Savok is a national of South Sudan that gained independence in 2005. Moreover, they came to Syria, which was then one of the safest countries in the world before it plunged into deadly violence. However, they continue to share the hardship they had tried to escape.

"All I can remember even from my days as a child is suffering from Sudan to here," says Abdulkarim, the 54-year-old man who has had two heart bypasses and have been unemployed for a while.

Abdulkarim sells secondhand clothing in one of the most impoverished parts of Damascus. "I have been in Syria for nearly 20 years and I don't have a job I did. The only thing I can do is this flea market. As a refugee, finding a steady job is difficult and there is a war in Syria and life is becoming more and more expensive, especially rent."

The obvious question would be why he stays in the country that has seen one of the worst conflicts of modern times. But options for people like Abdulkarim are not abundant. "I came to flee war in Darfur and now I find war here and I have no source of income but the aid I get. I can't go back to Darfur. The situation there is worse than here. I would love to travel anywhere else where it is safe, just some place safe. Throughout the war here in Syria, rockets were coming down and just in this market, I saw three or four people dying right here in front of us."

Like the rest of the Sudanese nationals in Syria, Abdulkarim and Savok are registered as refugees with the UN refugee agency UNHCR, awaiting resettlement.

But that much promised trip never came through for either of them, despite the dire need. Savok works at one of the stands with a Syrian partner. On a good business day, their stand would make around 1,000 Syrian pounds a day, which is less than two U.S. dollars.

"If we make 1,000 pounds a day, and if we do, he gives me 200, and sometimes we make no money," he talks to me as he restocks his merchandise of secondhand shoes. 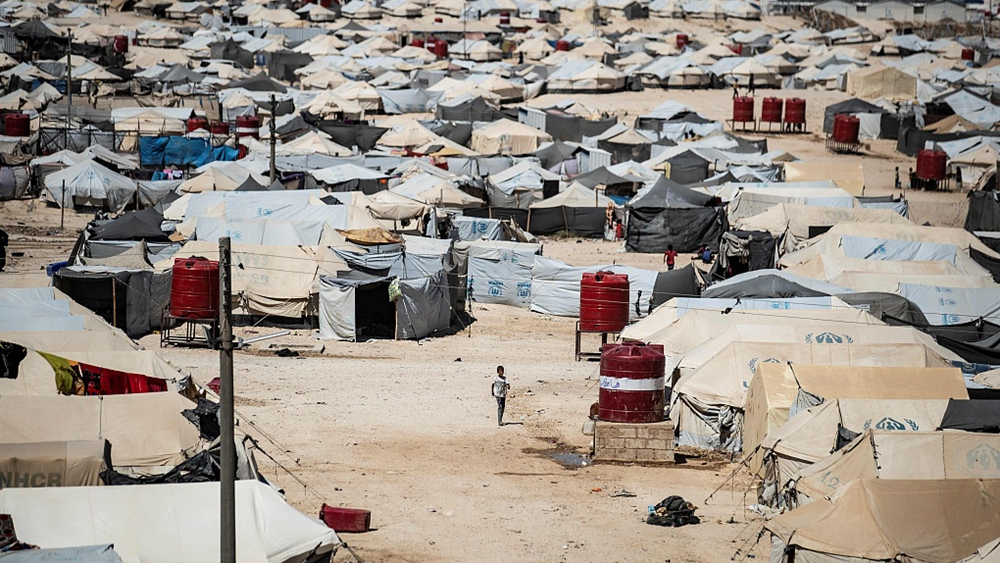 "Sometimes I think of going back to Sudan but recent turmoil there is making it more and more difficult, let alone the economic situation."

It seems difficult to believe that some refugees decided to come to Syria as the conflict was flaring up like Ahmad Mohamad who arrived in 2015. "I went abroad for treatment but couldn't finish my treatment after I ran out of money. So I came back and got treatment in Syria because I can enter without a visa. Here I went to the UN and they registered me as a refugee and they helped me get into hospital and got an operation done. The situation in Sudan is uncertain and I can't go back there as I lost my house there."

For many of Sudanese refugees, getting resettlement in a third country is about getting over a very difficult past; but for others like Ringer, it is his only chance at a future.

Ringer came to Syria 20 years ago. He was a six-year-old child then. He stayed after his parents went back to Sudan as he was finishing college. "It is true that there was war here and rockets were falling around but in Syria I can get university degree for free." He tells me that his parents told him that it will be impossible for him to find work in their part of Sudan now, so he'd better stay in Syria and wait for the UN-sponsored resettlement.

"Just think about it. I am a stranger to my native country, a foreigner in the country I grew up in and after waiting for 20 years, I am still waiting to get to a place I can call home," Ringer summed up as we walked through the streets of old Damascus. Like the rest of his community, he understands that his tale might not have a happy ending ever after.