Will Putin succeed in selling Russia's S-400 to Saudi Arabia?
By Zhao Hong 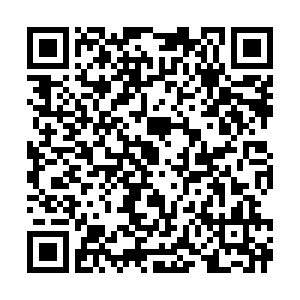 Russian President Vladimir Putin will begin his visit to Saudi Arabia, which has suffered from an attack on its oil facilities a month ago. He has one thing in his mind – touting Russia's missile defense system.

During a meeting with Turkish and Iranian leaders in Ankara last month, Putin suggested that Saudi Arabia would have been saved from the attack if it had purchased a missile defense system made by Russia.

"They will reliably protect all infrastructure objects of Saudi Arabia," Putin said.

How different are those systems from the one Saudi Arabia is currently using? 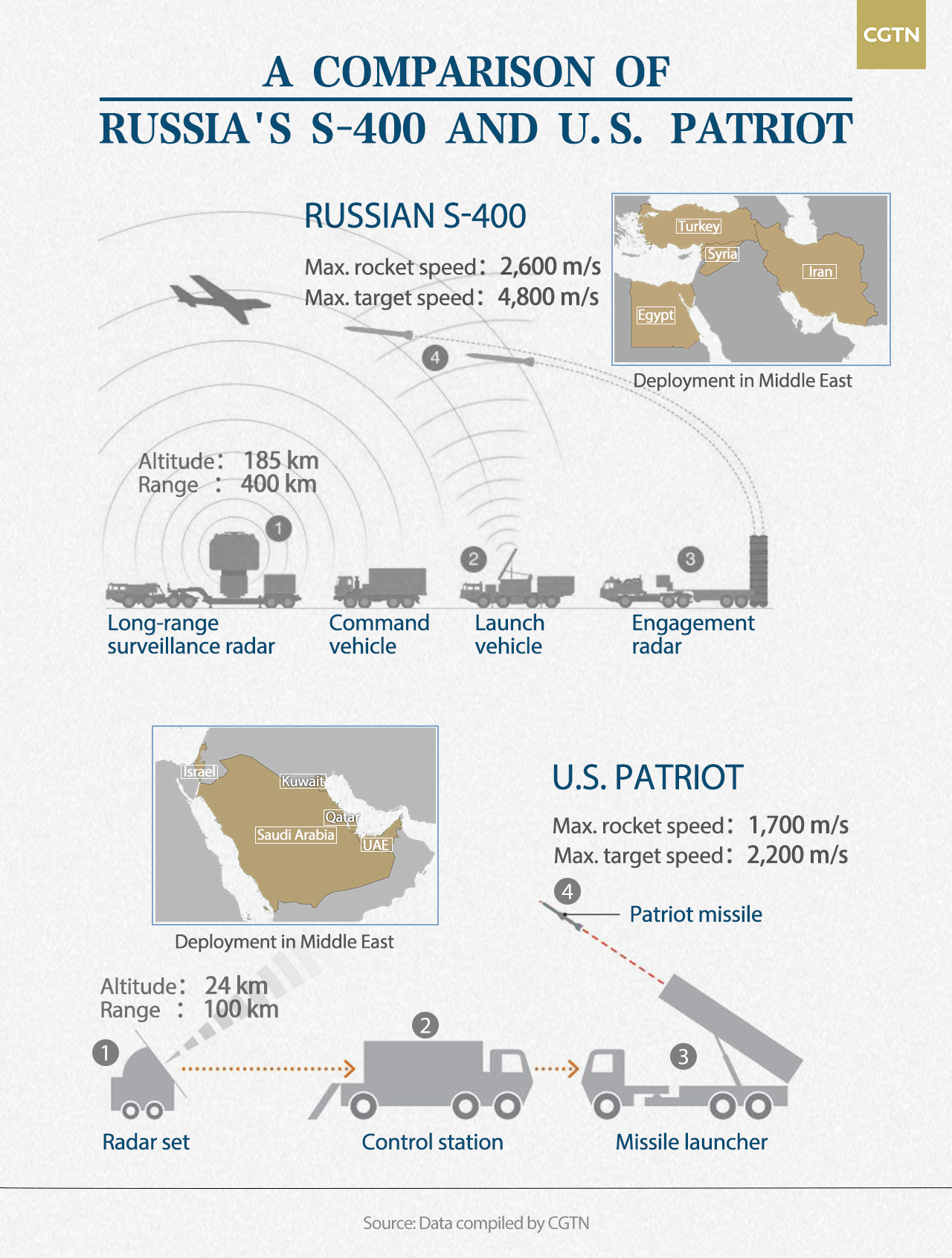 The attack on the oil facilities in the Saudi districts of Khurais and Abqaiq on September 14 cut off roughly half of the country's oil production in one day. The operation appeared to involve cruise missiles and drones allegedly made in Iran that were able to circumvent the defenses of Saudi Arabia's military, including the six battalions of Patriot missile defense systems produced by U.S. defense contractor Raytheon – each of which can cost in the region of 1 billion U.S. dollars.

Notably, the Patriot missile defense system is generally designed to combat ballistic missiles and airplanes that can be spotted from farther away. As cruise missiles and drones can fly closer to the ground, the curvature of the Earth makes them harder for radar to detect.

Russia's systems are capable of using mobile radar masts to combat this problem.

Particular strengths of the S-300 and the follow-on S-400 series are their extended reach, their flexible ability to strike at different targets – primarily aircraft but also cruise and ballistic missiles to a degree – and their sophisticated sensors.

The S-400 is also designed to operate in any direction, whereas Patriot systems are limited to whatever direction they are set up. Some analysts have suggested many of the Patriot batteries deployed near the oil facilities targeted may not have been looking in the right direction to deter the attack.

While it's not clear how much the countries would pay for either system, Russian arms are generally considered less expensive than U.S. weapons and come without extensive maintenance support.

Although S-400 seems far better than the Patriot on paper, some say that they are not really comparable because only the U.S. missiles have seen actual use. And the choice also depends on which side the country would pick under diplomatic pressure.

The rivalry between Russia and the U.S. over arms sales has existed since the Cold War. 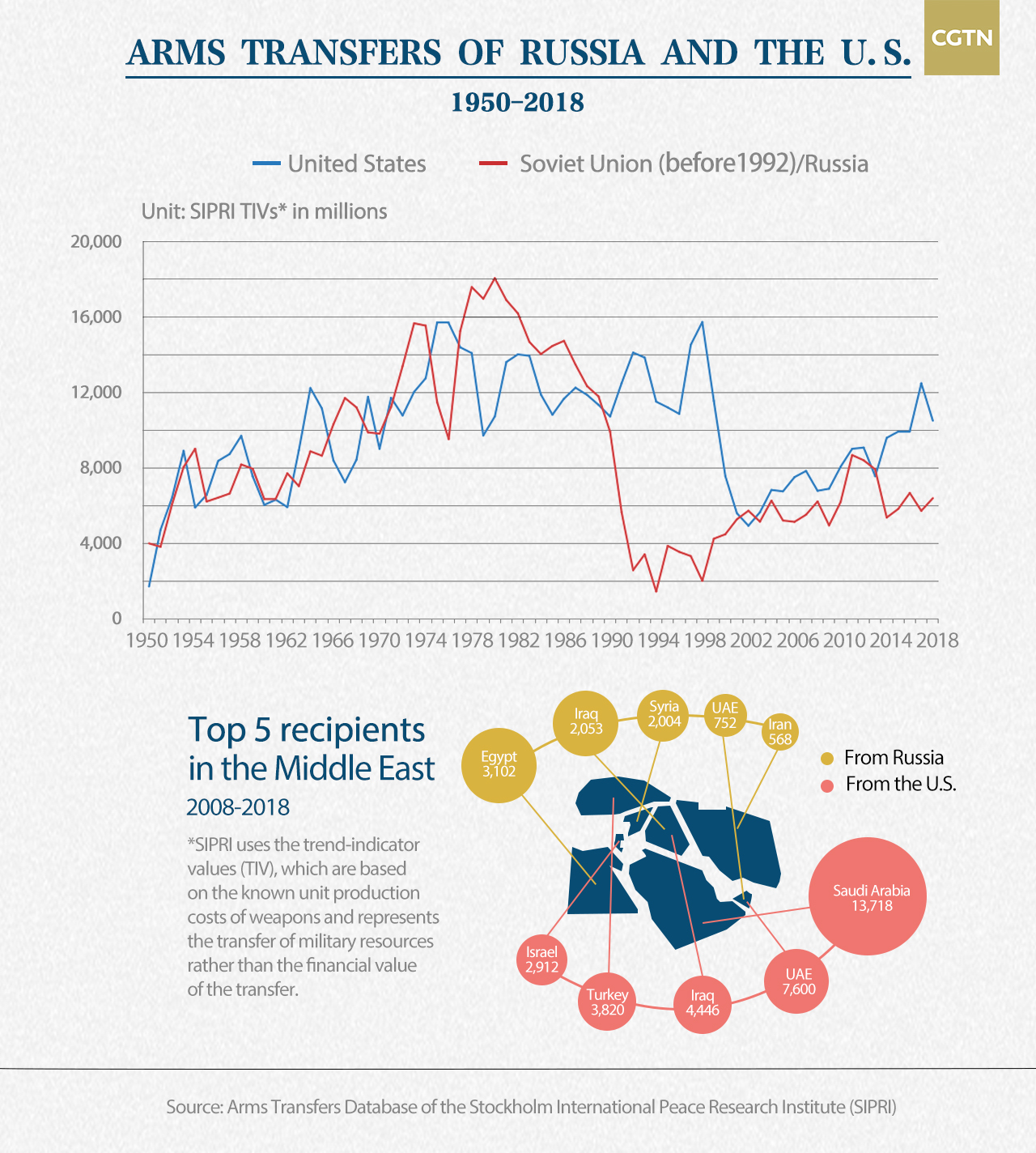 Between 2014 and 2018, they were the two largest exporters of arms in the world, according to the Stockholm International Peace Research Institute. Together, they accounted for 57 percent of the total volume of arms exports during this period.

In the Middle East, where tension and war have led to a surge in arms sales, Washington and Moscow often compete for the same clients.

More countries have expressed interest in buying the S-400 from Russia instead of ones made in the U.S., taking the risk of triggering U.S. sanctions.

The U.S. officials had for months given warnings to Turkey, trying to scare it away from buying the Russia system. Hanging over all of these deals is the Countering America's Adversaries Through Sanctions Act, which would slap sanctions on countries buying military equipment from Russia.

But after the oil attack, it's not clear if the U.S. threats of economic pain have carried much weight. After all, Russian officials are sparing no effort to book more meetings with potential customers.