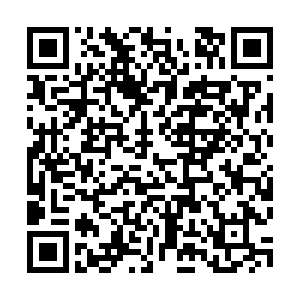 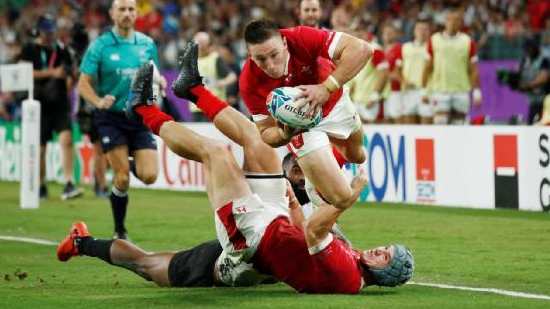 A resurgent Wales bounced back valiantly from a 10-point deficit to overcome a spirited Fiji 29-17 in a topsy-turvy tie of the 2019 Rugby World Cup on Wednesday. Winger Josh Adams clinched a hat-trick of tries as a 'caught off guard' Wales battled to a bonus-point win to seal a berth in the quarter-finals.

Earlier, playing under the roof at Oita Stadium following a Typhoon Hagibis advisory, the mighty team from the British Isles were up against a team that knocked them out of the 2007 World Cup in a match, popularly known as 'Nightmare in Nantes.'

The 10-day break the Wales team got after their morale-boosting back to back wins against Georgia and Australia turned out to be a chink in their armor as they were taken aback by an attacking Fiji side, who came out guns blazing from the get go.

Charging out of the blocks, the Pacific islanders turned the screw on their fancied rivals early on. Josua Tuisova smashed through three defenders to grab Fiji's first try before Kini Murimurivalu crossed the line to give his side a blistering start with a 10-0 lead after just eight minutes. The Fijians, however, missed both conversions with Ben Volavola shooting off the mark.

If complacency hit the Pacific nation hard, the early shock rejuvenated the reigning Six Nations champions at the same time. Adams spearheaded the backlash against the Fijians and dotted down twice to make it 14-10 at the break as Fiji's Tevita Cavubati and Ken Owens from Wales were sent to the sin-bin in a fiercely-fought first half.

The neck and neck battle continued in the second half as well and Fijian substitute fly-half Rhys Patchell kicked a long-range penalty to make it even-steven at 17-17. However, a sublime Adams was back in action once again and secured the game in his side's favor with an acrobatic try in the corner before a Liam Williams touchdown sealed the deal.

While reflecting on his side's hard-fought defeat, Fiji head coach John McKee said: "Look, certainly for me a gallant performance by our players today and you know to really take it to such a good Welsh team was a credit to all the players, but it's not just the players, the whole management group, coaching group that gets everything together, and also the players that didn't make the 23 today. You know pleasing for me that finally we've had an opportunity on the world stage to show what this team's capable of."

Meanwhile, his Wales counterpart Warren Gatland mentioned: "We knew Fiji were going to be tough. They were very good in the last 15 minutes or so against Georgia, started really well against Australia, and they've got some absolutely world-class athletes."

"So for us it was disappointing to concede a penalty right from the start of the game and then they've scored of that so. Look, I would have taken from 10-0 down to finish with a bonus point when I thought it showed some great character of the side. We've started the first two games really well and then we're behind by 10 points, two tries to none down, and then we've got ourselves back into it, and like I said, I thought finished really strongly as well. Tough but some real character displayed out there, particularly how hard and physical that game was," he conceded.

The comeback win helped Wales, with 14 points, leapfrog Australia (11 points) to top the pool ahead of their final match against minnows Uruguay.