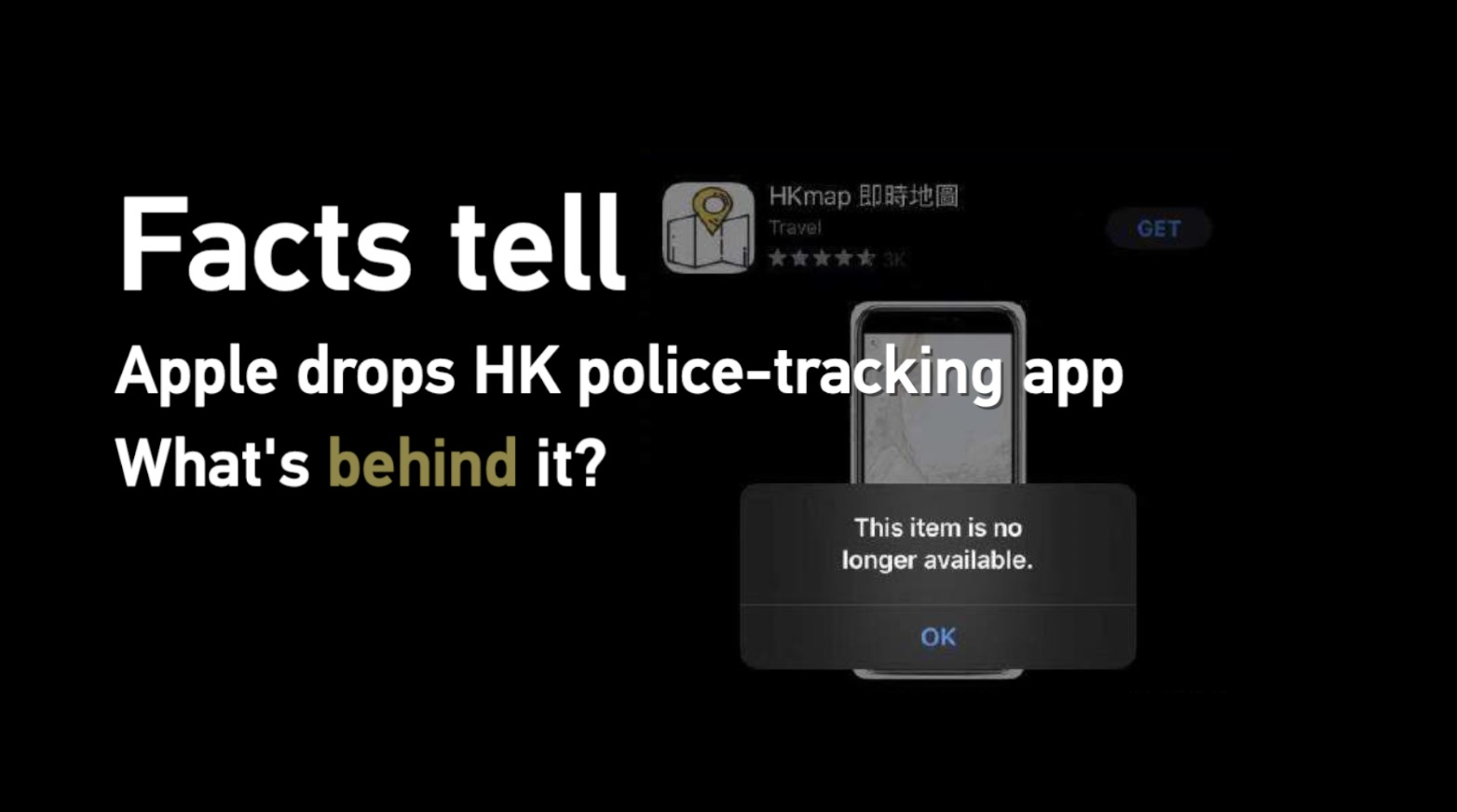 Apple on Wednesday removed an app from its app store that has been used to track police during the Hong Kong protests, saying it violated its rules as it "endangers law enforcement and residents in HK." The app, named HKmap.live, displayed police locations and has been used to "target and ambush police, threaten public safety," Apple said in a statement.