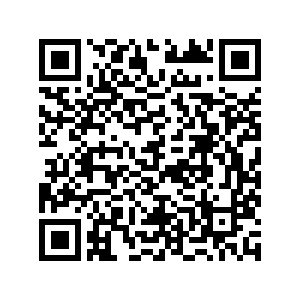 Xi and Modi held their second informal meeting in the southern Indian city of Chennai following their first in the central Chinese city of Wuhan in April last year.

Recalling his successful meeting with Modi in Wuhan last year, which brought China-India relations into a new stage, Xi said he is delighted to come to Tamil Nadu in southern India to further learn about the country.

Xi said that Tamil Nadu, a maritime transit hub for cargoes in the ancient Silk Road, has a long history of exchanges and close connections with China on maritime trade since ancient times.

Both as ancient civilizations with several thousand years of history, China and India have carried on their exchanges and mutual learning to this day, he said.

The two countries' ancestors have overcome various obstacles to carry out extensive exchanges and promote the development of literature, art, philosophy and religion, which have greatly benefited both sides, Xi said.

He also called on the two countries to jointly advocate and push forward dialogue and exchanges among different civilizations so as to inject a lasting driving force into the development of bilateral ties and continue to produce new glory for Asian civilizations. 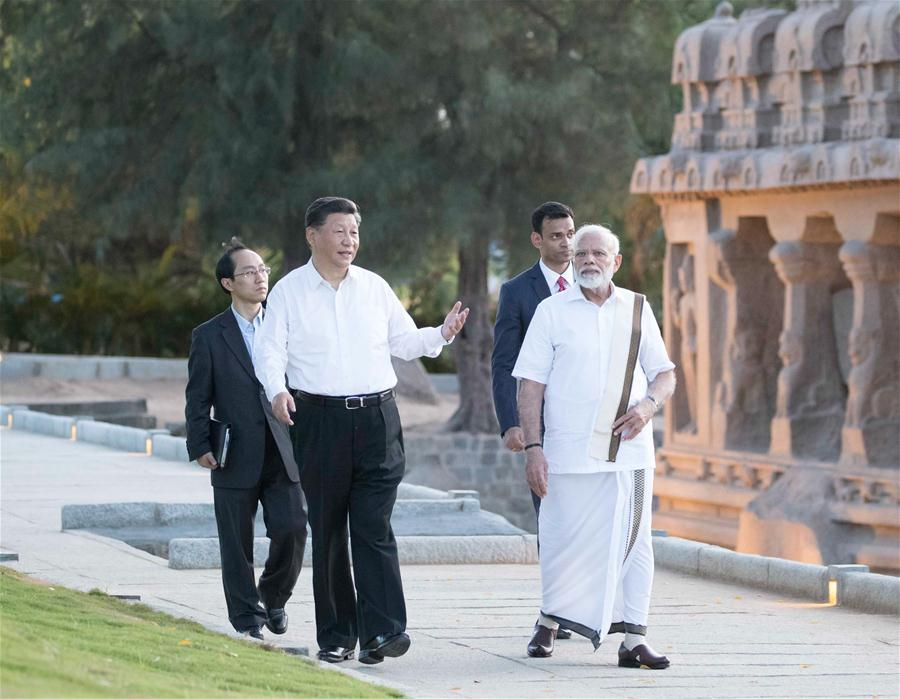 Modi told Xi that after their development for several thousand years, India and China have both become important emerging economies. He said that enhancing exchanges and cooperation bears great significance to the two countries and will promote global progress and prosperity.

Xi and Modi also talked about the domestic development of China and India and exchanged experience in state governance. The two leaders agreed that China and India should respect and learn from each other to jointly achieve joint development and prosperity, as well as the great rejuvenation of the two civilizations.

Modi gave Xi a guided tour of the Group of Monuments at Mahabalipuram, which is a collection of religious structures that can be dated back to the 7th and 8th centuries and includes Arjuna's Penance, Panch Rathas, Shore Temple and other monuments. The monuments, which were included in the UNESCO World Heritage Site in 1984, have witnessed India and China's civilization exchanges and historical connections for more than a dozen centuries.

It is the first overseas trip of the Chinese president after the celebration of the 70th anniversary of the founding of the People's Republic of China (PRC).