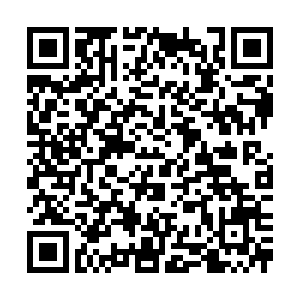 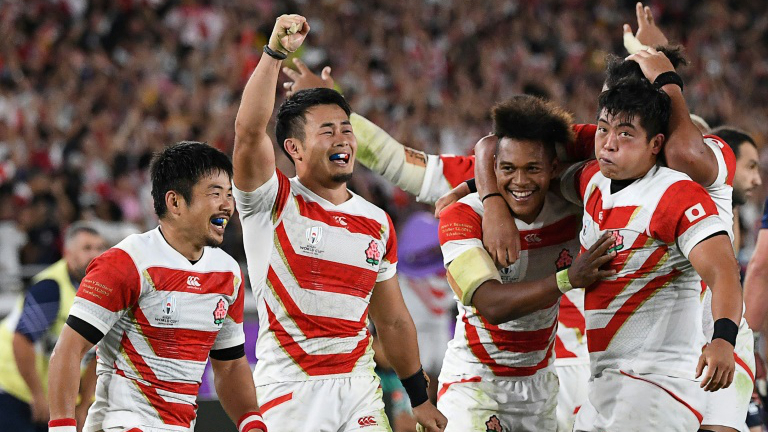 Japan has won all four of their Pool A matches at Rugby World Cup in Japan, October 13, 2019 . /AFP Photo

Japan has won all four of their Pool A matches at Rugby World Cup in Japan, October 13, 2019 . /AFP Photo

Japan gave their typhoon-hit nation reason to celebrate when they edged a thrilling game with Scotland 28-21 to reach their first Rugby World Cup quarter-final on Sunday.

The Brave Blossoms ran in a quartet of brilliant tries and withstood a late charge from the desperate Scots to be the improbable winners of Pool A and set up a last-eight clash with two-time champions South Africa.

In an electric finale to the pool stage, Japan were 28-7 on 42 minutes after brilliant tries to Kotaro Matsushima, Keita Inagaki and Kenki Fukuoka's double, before Scotland clawed their way back with scores from WP Nel and Zander Fagerson.

But in a game that was nearly cancelled because of Typhoon Hagibis, which swept through Japan on Saturday, Japan clung on to make it four wins from four in their pool.

That Japan team, led by Eddie Jones, has won three pool matches before, including a breathless 34-32 victory over South Africa in their opening game.

"To everyone that's suffering from the typhoon, this game was for you guys," said Japan captain Michael Leitch.

"It was more than just a game for us – there was talk this game may not happen – so our heart goes out to everyone that's suffering tonight with the typhoon."

"For my team, the whole World Cup, we've prepared really, really well. They've put their bodies on the line every weekend," said Japan coach Jamie Joseph, who has compared his wide players to Ferraris.

"But tonight they went another level I felt. They gave everything they possibly could - everyone gave 150 percent and that's what it takes to win big Test matches."