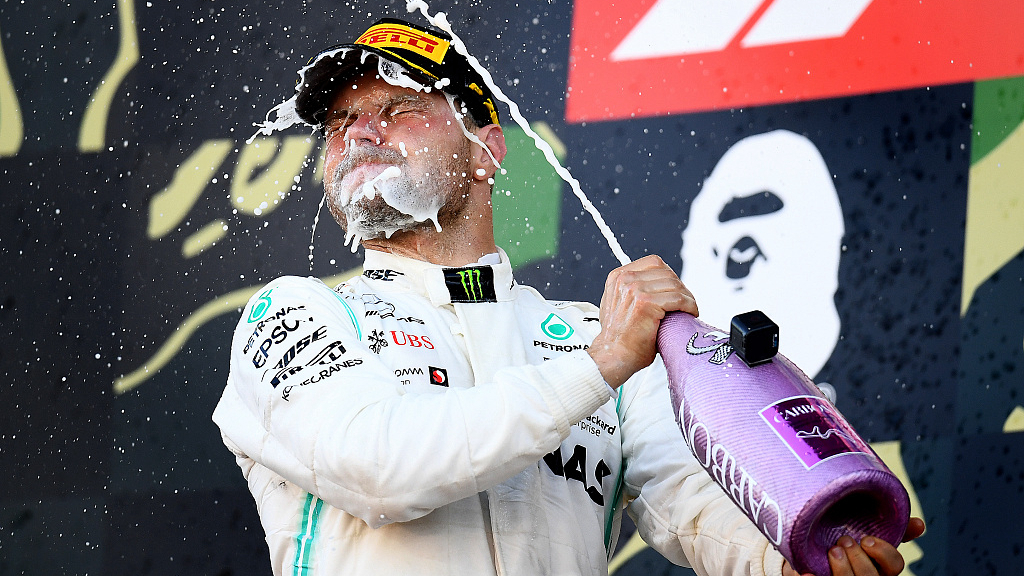 Valtteri Bottas jumped from third to first with an electric start to win the Japanese Grand Prix in Suzuka, Japan on Sunday, ahead of Ferrari's Sebastian Vettel and the Finn's Mercedes teammate Lewis Hamilton.

"I'm happy, very happy," said Bottas. "Starting third isn't easy. I had a really nice start, managed to get the lead and then the pace was super good, I could really control the race."

Ferrari had enjoyed a front row lock-out in a rare morning qualifying session caused by Typhoon Hagibis but their race unraveled right at the start.

Vettel twitched before the lights went out and his hesitation enabled the fast starting Bottas to leapfrog from third into the lead.

"It was my mistake" admitted Vettel. "I lost momentum there. Mercedes had more pace than us, was a tough afternoon to maintain second." 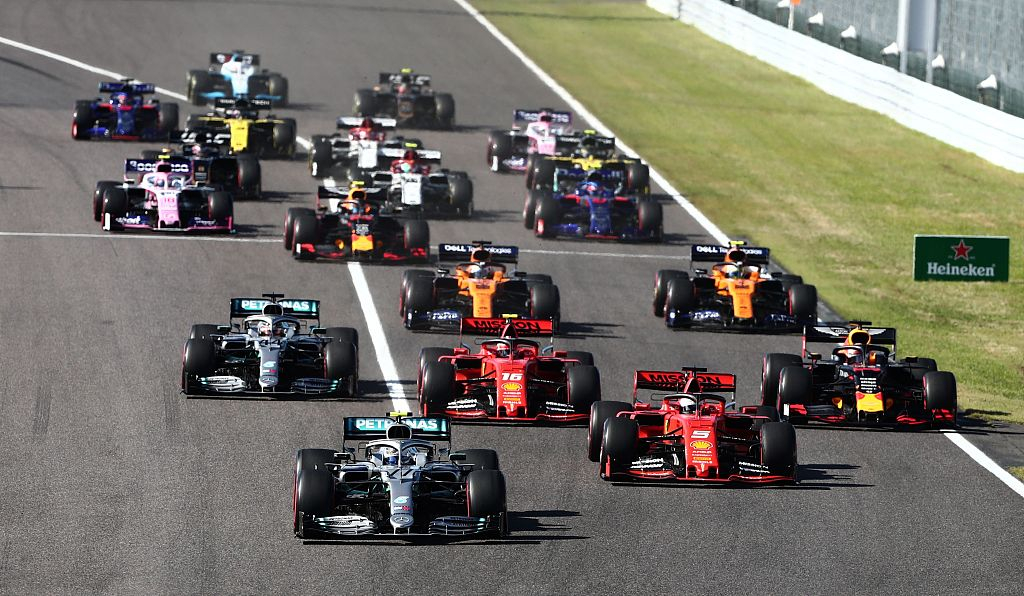 Drivers take part in the start of the Formula One Japanese Grand Prix final in Suzuka, Japan. /VCG Photo

Drivers take part in the start of the Formula One Japanese Grand Prix final in Suzuka, Japan. /VCG Photo

Max Verstappen enjoyed a bullet start from fifth in the Red Bull and was overtaking Leclerc on the outside of turn two when the Monegasque drove into the flying Dutchman, causing him to spin.

"He just drove into the side of my car," complained an unhappy Verstappen.

Leclerc's front wing was damaged and with bits flying off in all directions - one demolishing the wing mirror of Hamilton just behind - he was forced to pit for a new nose at the start of lap four.

He rejoined in 18th position, fittingly a place behind Verstappen who appeared to be the helpless victim of their collision.

Vettel, who escaped sanction for his false start, was left sandwiched between the two Mercedes and made the first strategic move when he dived in the pits for a new set of soft tires on lap 17.

Bottas followed from the lead on the next lap to take a new set of mediums emerging ahead of Vettel, meaning both the Finn and the German would need to stop again before the end of the 53 lap race. 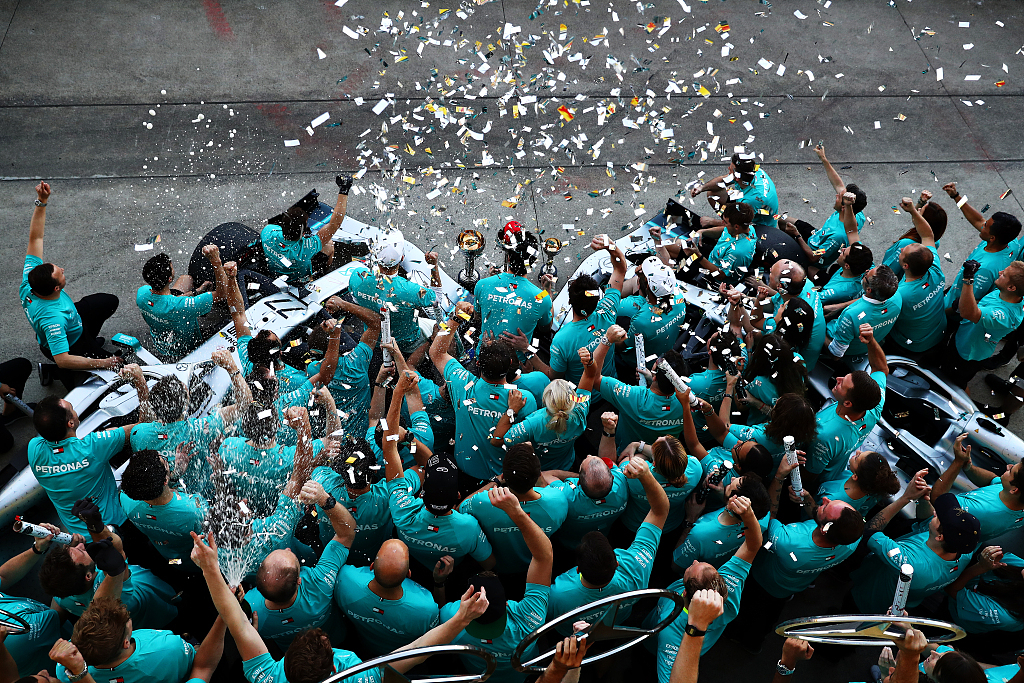 Hamilton was now in the lead and Mercedes tried to leave him out on a one-stop strategy. But on lap 22 Hamilton reported his front tires were "dead" and was brought in for a fresh set of medium tires, rejoining in third.

Hamilton began to close on Vettel who pitted for his final change to medium tires on lap 32, rejoining in third.

"Tell me what I have to do to win this race," pleaded Hamilton over team radio, convinced his tires would not last the distance.

He came in again on lap 43, allowing Vettel back into second but with only a slim three-second cushion, which the Englishman proceeded to eat into by setting a new lap record.

Hamilton swarmed all over Vettel in the closing laps but was unable to get past and make it a Mercedes one-two.

Earlier Vettel had produced a perfect lap in the delayed qualifying session to out qualify his teammate for the first time in 10 races since the Canadian Grand Prix in June.

The day had been dubbed "Super Sunday" with qualifying and the race taking place back-to-back because of the track having been safely locked down Saturday as Typhoon Hagibis roared past.