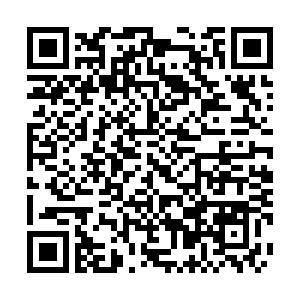 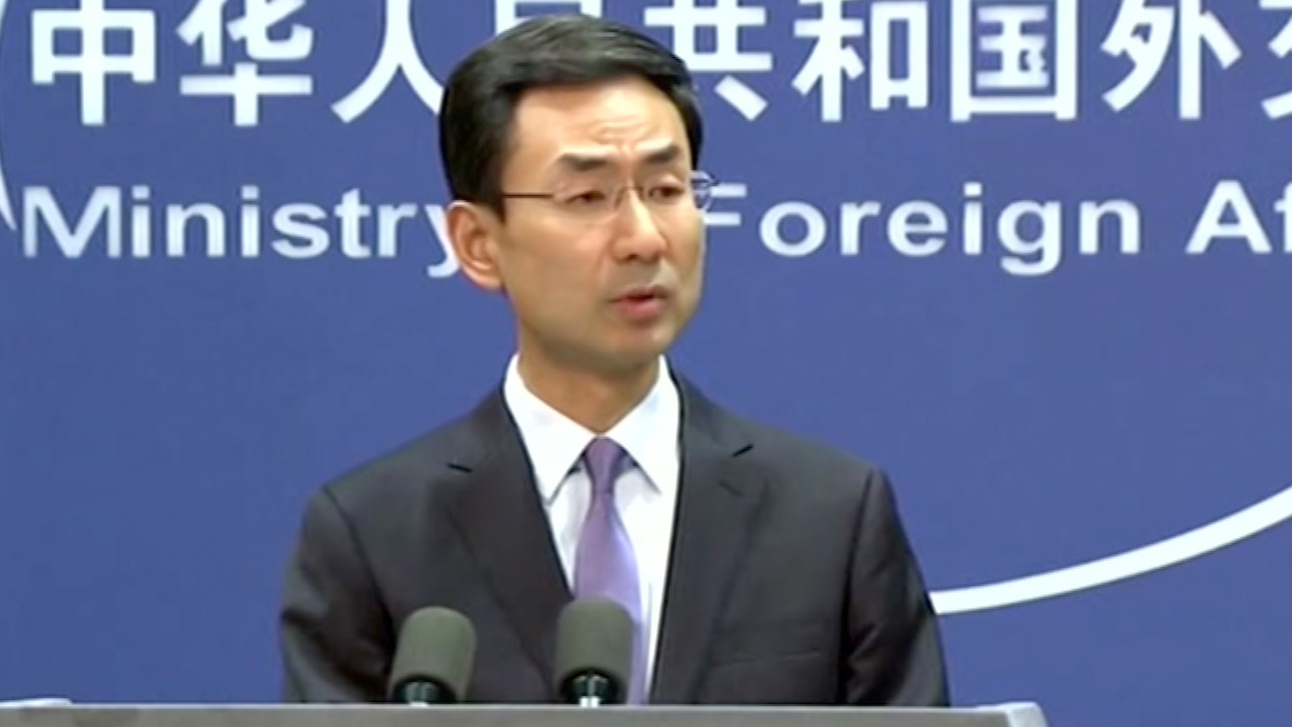 China on Wednesday expressed strong indignation and firm opposition to three pieces of U.S. legislation on the Hong Kong Special Administrative Region (HKSAR), which were passed by the U.S. House of Representatives on Tuesday, warning that Washington's move was a gross intervention in China's internal affairs and it could potentially damage the relationship between the two countries.

"Foreign legislatures should not interfere in any form in the internal affairs of the HKSAR," a spokesperson for the HKSAR government said, while the Chinese Foreign Ministry urged the U.S. to "cease to promote the subsequent deliberation of the act immediately."

The Hong Kong unrest, which started as protests against the now-defunct fugitive bill, has turned into violent riots with radical protesters vandalizing shopping malls, restaurants, subway stations and other public facilities, and attacking police officers and residents with iron rods and petrol bombs.

The principle of "One Country, Two Systems" has been fully and successfully implemented in HKSAR since its return to the motherland, said the statement.

"Neglecting the truth and turning white to black, the U.S. House of Representatives termed arson, smashing of shops, and violent assaults on police officers as human rights and freedom, which is a stark double standard that fully exposes some Americans' extreme hypocrisy on human rights and democracy as well as their malicious intentions to damage the prosperity and stability of Hong Kong and contain China's development," read the statement.

Human rights and freedom in Hong Kong are fully protected under the Hong Kong Bill of Rights Ordinance, in addition to the Basic Law, a spokesperson for the HKSAR government said, stressing the government has attached great importance to such rights of its residents.

Article 4 of the Basic Law stipulates that the HKSAR shall safeguard the rights and freedoms of its residents, and other people in the HKSAR, in accordance with the law. Also, the provisions of the International Covenant on Civil and Political Rights as applied to Hong Kong shall remain in force.

The HKSAR government has carried out learning mechanisms since June, hoping to learn from other countries' previous experiences in dealing with large-scale public disorder, while setting efforts in dialogues with people from different communities to narrow differences and attain a consensus agreeable to all sides, the spokesperson said. 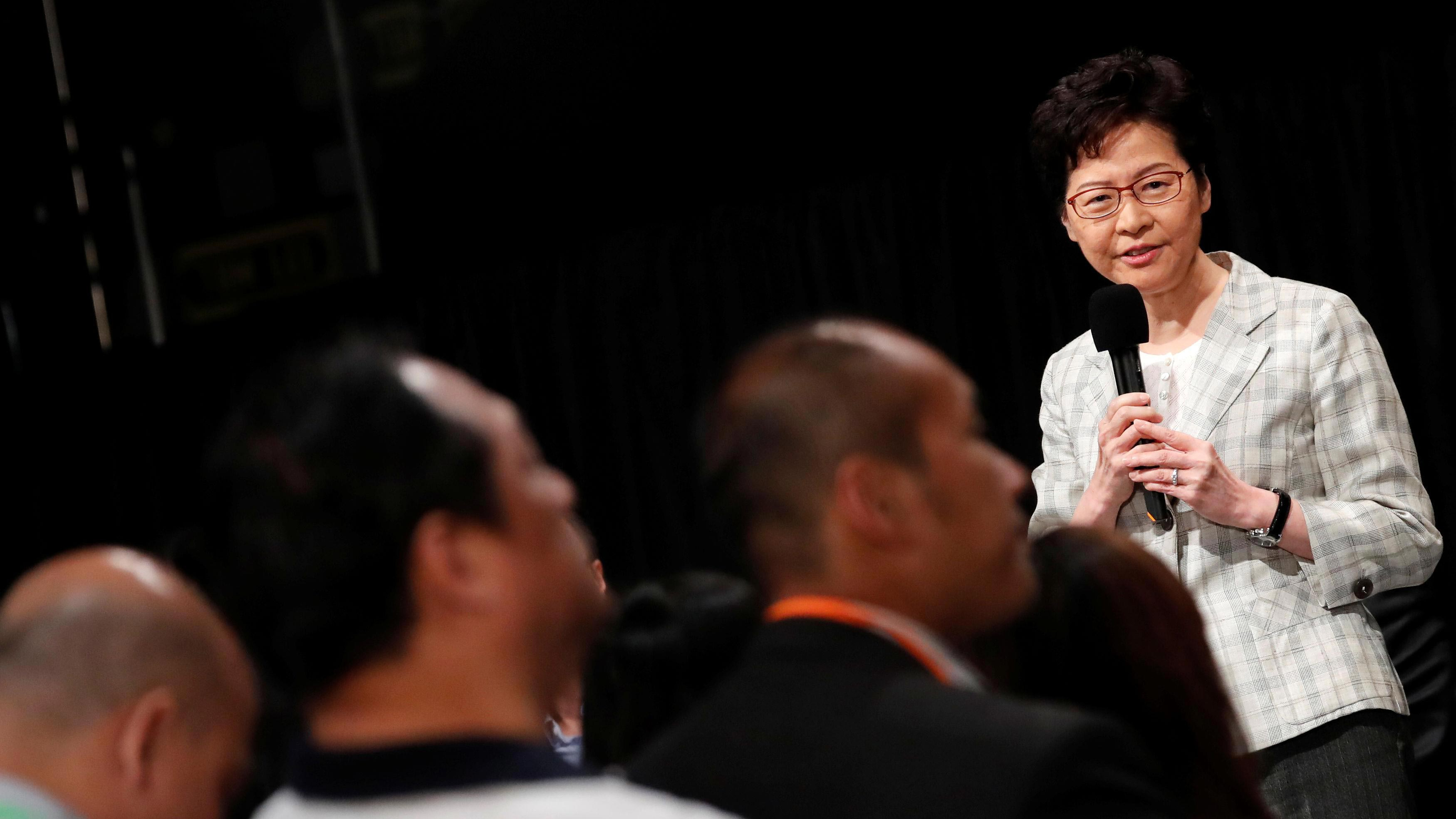 The first open dialogue was held in late September, with Lam answering questions from residents and promising maximum efforts in building dialogue platforms.

The HKSAR has been exercising "Hong Kong people administering Hong Kong" and a high degree of autonomy in strict accordance with the Basic Law of the HKSAR of the People's Republic of China, said the spokesperson, adding that the region will continue to uphold the "One Country, Two Systems" principle.

'U.S.'s moves would hurt our relationship'

"Should the act eventually come into law, it will not only harm the interests of China and the China-U.S. relations, but also severely undermine the interests of the United States," Chinese Foreign Ministry Spokesperson Geng Shuang said.

What Hong Kong faces at present is not the so-called human rights and democracy issues, but the issue of ending violence and chaos, restoring order and upholding the rule of law as soon as possible.
-  Chinese Foreign Ministry Spokesperson Geng Shuang

By neglecting the truth and turning white to black, the U.S. House of Representatives called arson, smashing of shops, and violently assaulting police officers as human rights and freedom, which is a stark double standard that fully exposes some Americans' extreme hypocrisy on human rights and democracy and their malicious intentions to damage the prosperity and stability of Hong Kong and contain China's development, Geng added.

"We advise the U.S. side to get a clear understanding of the situation, rein in on the brink of the precipice immediately, and cease to promote the subsequent deliberation of the act and interfere in Hong Kong affairs and China's internal affairs immediately."

The Liaison Office of the Central People's Government in the HKSAR later echoed, saying any attempt to destroy China's "One Country, Two Systems" principle is doomed to fail.

The disturbance, originated from proposed ordinance amendments, has become ever more violent. It is inescapably related to the overt or covert support from the U.S. side to anti-China troublemakers in Hong Kong, said Yang Guang, spokesperson for the Hong Kong and Macao Affairs Office of the State Council.

Yang recalled the scenes of radical protesters indulging in extreme acts, that have hurt people, most of which have taken place in the last two days. 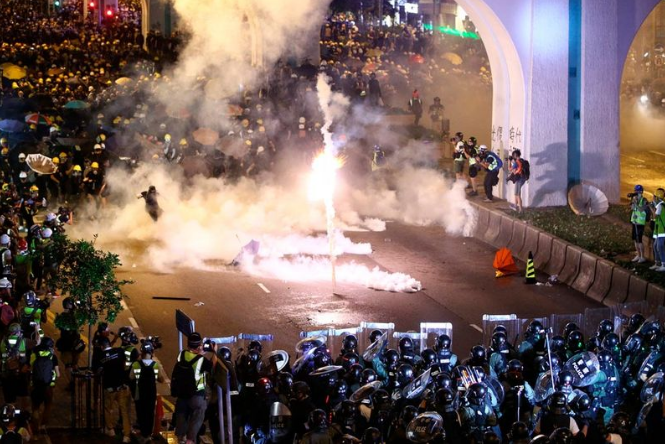 U.S. House and some politicians turned a blind eye to violent crimes committed by Hong Kong mobs, confused right and wrong and confounded black with white, Yang said. "It is nothing else but being an accessory to crimes and that should definitely be blamed."

'It's our internal affair'

"Hong Kong's success is the result of the toil and perseverance of its people with a strong support from the Chinese mainland, in the Lion-Rock spirit. It has never been and will never be a gift granted by foreign countries. Any attempt by foreign forces to split China is a pipedream. The 1.4 billion Chinese people, including our 7.5 million Hong Kong compatriots, will never be cowered or subdued by any foreign coercion or pressure," said the Office of the Commissioner of the Chinese Foreign Ministry in the HKSAR.

The office also urged relevant American politicians to immediately stop advancing the bills, and stay out of China's internal issues.

Let us repeat our message to the politicians: You will get nowhere by playing Hong Kong as a card, but will only end up shooting yourselves in the foot.
-  Office of the Commissioner of the Chinese Foreign Ministry in the HKSAR