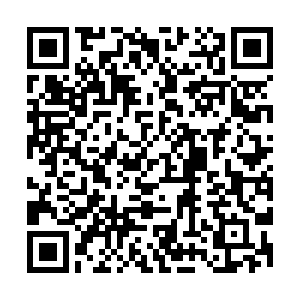 For Chinese President Xi Jinping, poverty reduction has always been atop his agenda.

China is in a race with time to eliminate absolute poverty by 2020, the target year to finish building a moderately prosperous society in all respects.

Xi, also general secretary of the Communist Party of China (CPC) Central Committee, has put himself at the front lines.

As of now, the Chinese president has set foot on all of the 14 so-called "contiguous poverty-stricken areas," where issues of poverty are highly concentrated and conditions for development are poor.

At the end of 2012, there were more than 50 million people living below the poverty line in these 14 blocks, accounting for over half of China's total impoverished population. And they had a poverty rate at 24 percent in 2012, more than double the national figure of 10.2 percent.

According to global experience, the most difficult phase in poverty eradication is when the population living in poverty accounts for less than 10 percent of the overall population – the exact situation confronting China after 2012. 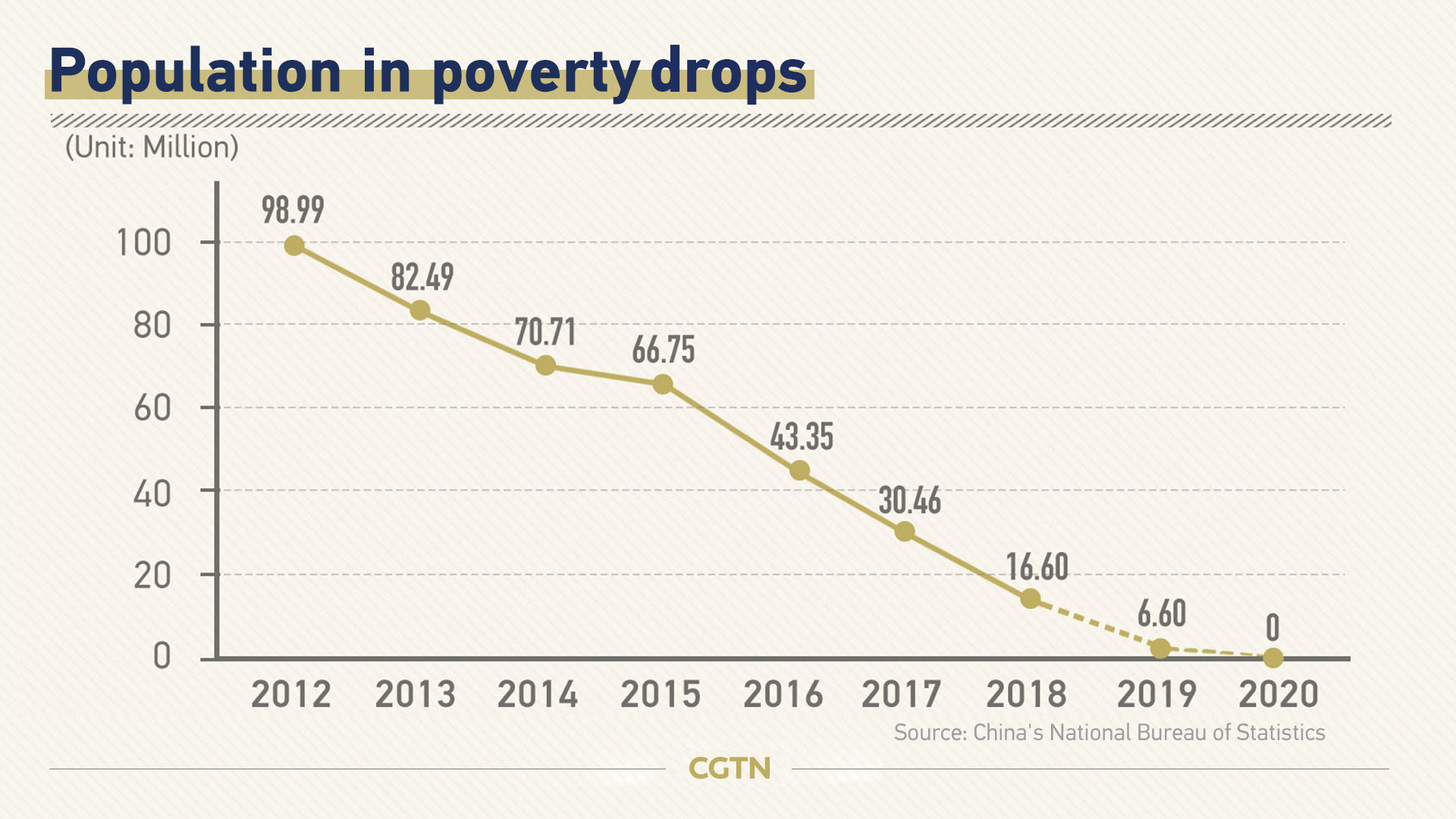 Fuping County of Hebei Province was the first stop of Xi's tour to the 14 areas since becoming general secretary of the CPC Central Committee.

During dozens of domestic inspection tours, the Chinese president visited the poor, talked with local officials, studied the local conditions and reviewed the poverty alleviation work. Xi grasped the real situation of China's poverty by putting himself on the forefront of the battle against poverty.

In 2013, he first put forward the idea of "targeted poverty alleviation" during his visit to the remote Huayuan County in central Hunan Province.

Since then, the Chinese government overhauled the poverty alleviation methods by adopting a targeted approach, which requires officials to identify actual impoverished people and the factors that caused their poverty. 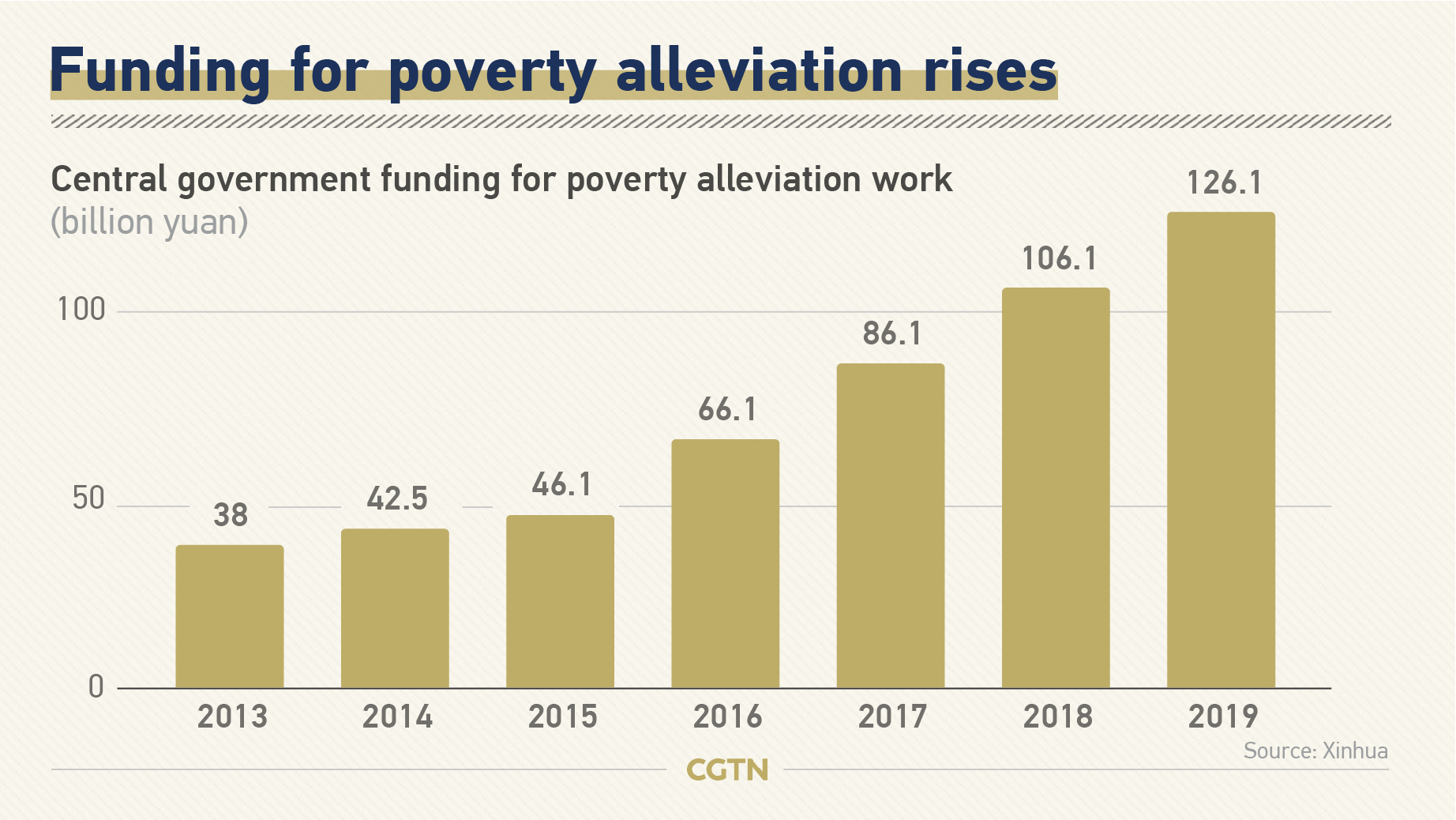 The government-allocated funding for poverty reduction keeps increasing by the year, and a large number of capable officials have also been selected to guide poverty relief work in the impoverished counties.

By the end of 2018, more than half of these counties had escaped poverty.

In 2018, the per capita disposable income of rural residents in these areas stood at 10,371 yuan, almost double that of 2012. Residents are enjoying a far better life. 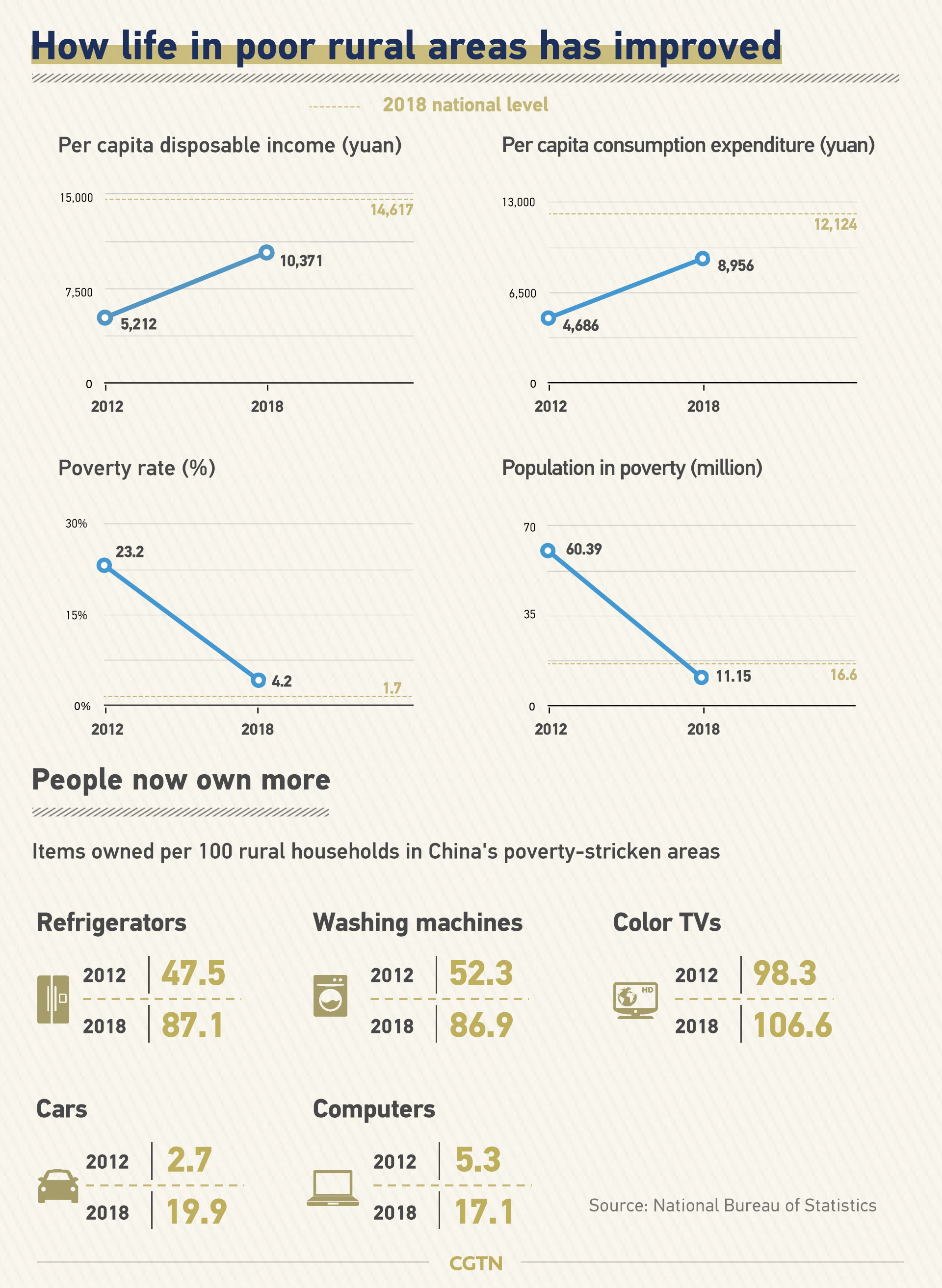 By the end of this year, around 95 percent of China's poor population will shake off poverty, and over 90 percent of poor counties will also be removed from the poverty list, said Liu Yongfu, director of the State Council Leading Group Office of Poverty Alleviation and Development.

With continued effort throughout the next year, the country will wipe out extreme poverty in 2020, Liu said last week.

Over the past 40 years, China has lifted more than 700 million people out of poverty, representing over 70 percent of the global poverty reduction.

By 2020 people in rural areas should have no worries about food and clothing, be guaranteed education, basic medical care and housing. As the Chinese president has said, "No one should be left behind on the road to a moderately prosperous society."