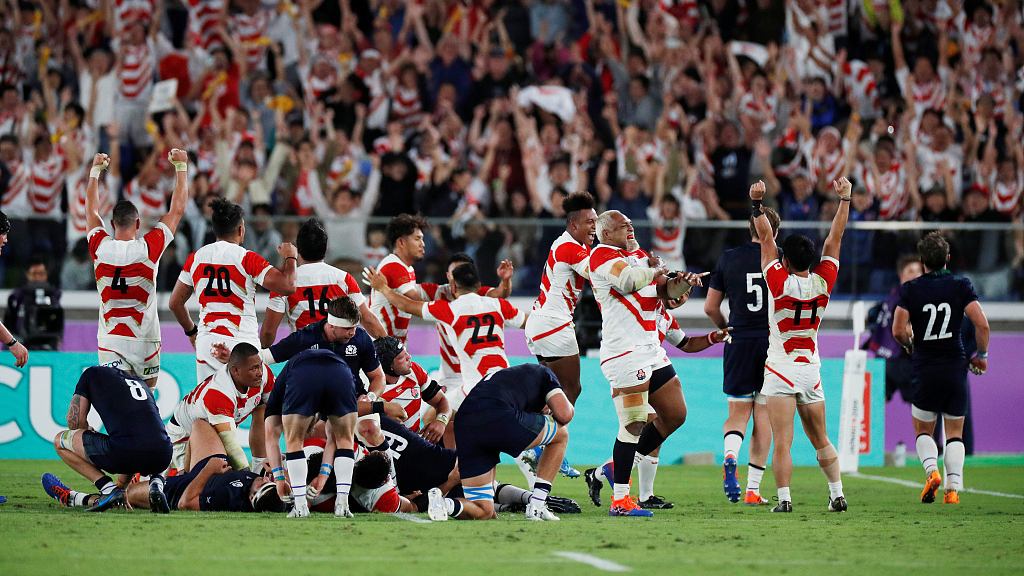 After three weeks of grueling games, featuring the top 20 teams of the Union, the 2019 Rugby World Cup has entered its knock-out stage with the top two teams from each of the four Pools, making it to the quarterfinals.

With their spectacular win over Russia in the opening game of the tournament in a sold-out Tokyo Stadium on September 20, hosts Japan not only set the ball rolling for an action-packed tournament but also scripted a slew of unbelievable upsets to become the surprise package of the last eight stages.

The Brave Blossoms not only beat recent world No. 1 side Ireland but also overcame a mighty Scotland to go beyond the group stage for the first time in the history of the Webb Ellis Trophy.

The Pool A, featuring two of the top-most Six Nations side, underwent a topsy-turvy ride thanks to the Japanese blitz against their fancied opponents.

Even though Kotaro Matsushima-led Japanese Tsunami wreaked havoc in the Pool A, the devastating Typhoon Hagibis threatened to change a few equations during the fag end of the group stage, apart from washing out a handful of games. 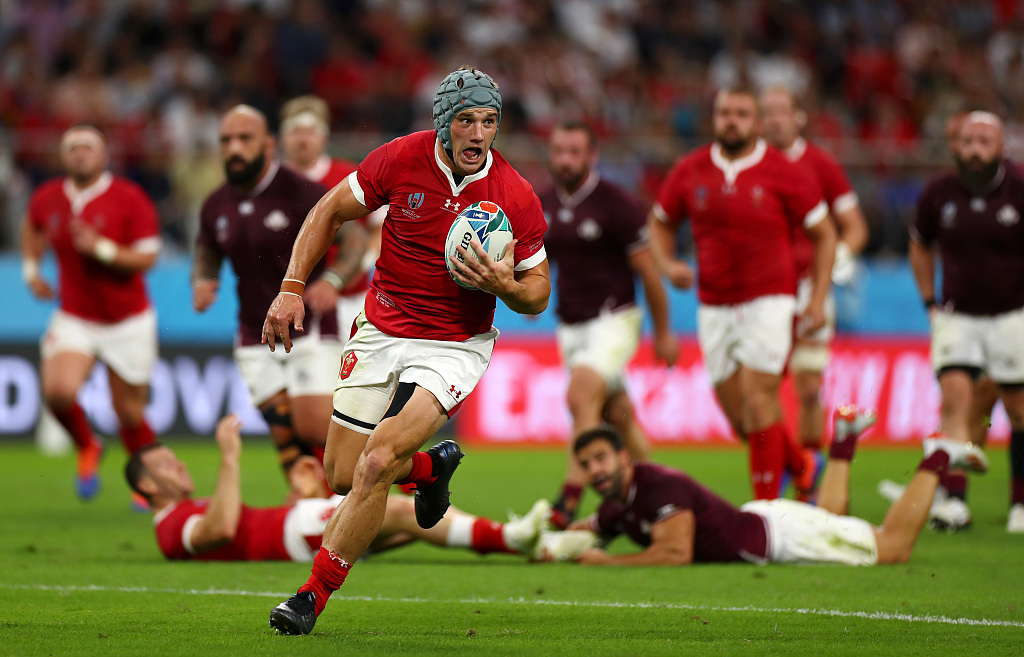 Jonathan Davies of Wales on the charge during the Rugby World Cup 2019 Group D game between Wales and Georgia at City of Toyota Stadium in Toyota, Aichi, Japan, September 23, 2019. /VCG Photo

Jonathan Davies of Wales on the charge during the Rugby World Cup 2019 Group D game between Wales and Georgia at City of Toyota Stadium in Toyota, Aichi, Japan, September 23, 2019. /VCG Photo

The final Poll B game of the all-winning All Blacks was one of those Hagibis-affected cancellations and denied the two-time defending champions of a 100 percent win record from Pool B, featuring their nemesis, the Springboks, whom they had earlier defeated to kick off their tournament campaign.

All the three Barrett brothers were in action during the group stage for a side that also boasts of the latest pin-up boy of New Zealand rugby, Richie Mo'unga, whose conversions and pin-pointed penalties have been a hallmark in the tournament so far.

Thanks to the upsets and miracles in Pool A, the ABs will face a mighty opponent in Ireland, who beat the Kieran Read-led indomitable side twice in the past two years and also recently knocked them off the perch in the world rankings.

The Springboks, on the other hand, will face the sensational Samurais as they came a long way from their morale-crushing defeat against the ABs in the opening game. The Boks were simply brilliant in their remaining group league games and had once again emerged as a top contender for the coveted trophy.

Meanwhile, cross-Channel rivals England and France shared the top honors in Pool C with the 2003 World Cup-winners made it to the quarters along with the French Armada, grappling with injury woes and a close shave against a dogged Argentina in their opening game.

One of the strong title-contenders, Wales, registered a 100 percent win record from Pool D with a struggling Wallabies walking into the quarters ahead of an inspirational Fiji as the second team. The last eight stages will get underway this weekend, and all eyes will be on the big boys of world rugby.
(Cover photo via VCG)