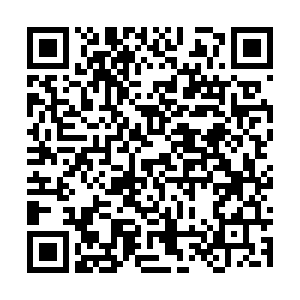 Although Fuzhou, southeast China's Fujian Province, is the birthplace of jasmine tea, the flower is not indigenous to the area – it arrived via the Maritime Silk Road during the Western Han Dynasty (206 B.C.-24 A.D.). Later, during the Song Dynasty (960-1279), craftsmen began infusing green tea leaves with the scent of jasmine and other flowers. 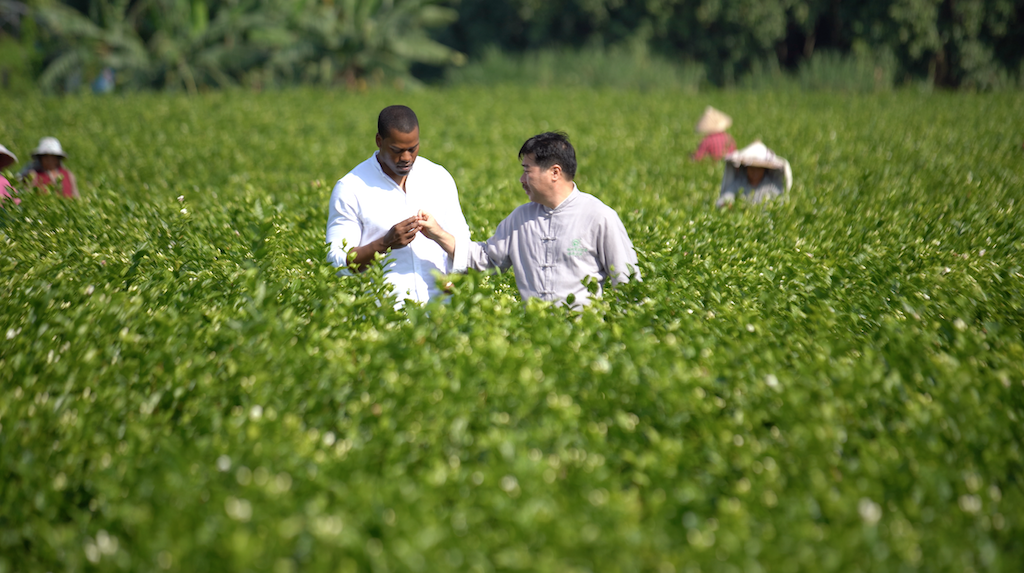 Inheritor Fu Tianlong points out which flowers are ready to be picked in a field of jasmine. /CGTN Photo

Inheritor Fu Tianlong points out which flowers are ready to be picked in a field of jasmine. /CGTN Photo

As I walked through a field of jasmine with Fu Tianlong, provincial-level inheritor of the Fuzhou jasmine tea-making craft, the fragrance was unmistakable. I followed Fu as he showed me one of the sources of local tea producer Chunlun Tea Group's jasmine, pointing out which buds were ready to be picked, and which ones needed more.

But picking the flowers is just one step in an intricate process that has been honed over the course of centuries. 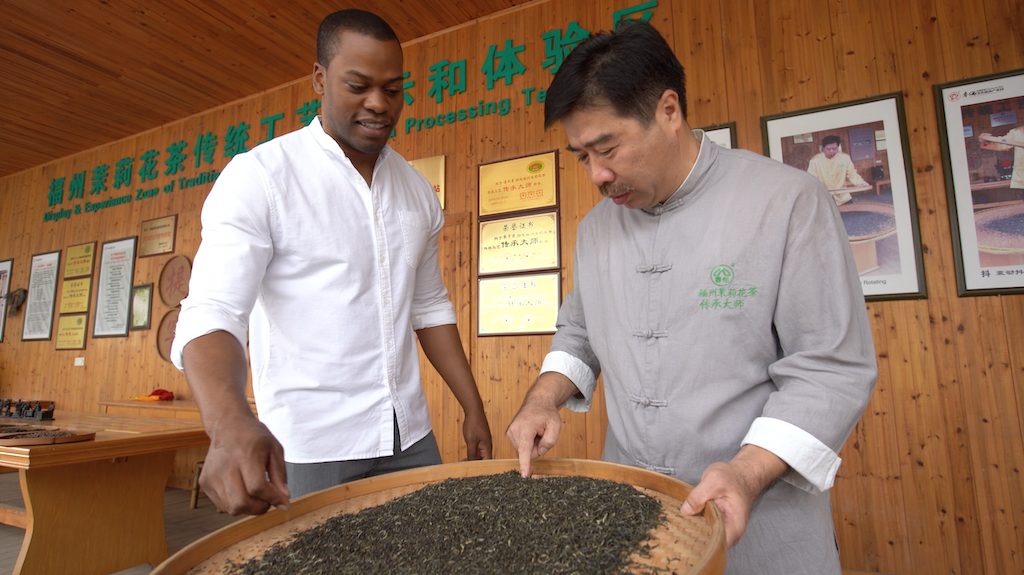 At the company's headquarters, Fu showed me the scenting process, the most important step in the many used to create the finest jasmine tea.

Tea leaves, which are picked before April's Qingming Festival, are filtered for their weight, size and shape. From June to August, the flowers are picked during the afternoon and stored until nightfall when they finally bloom. 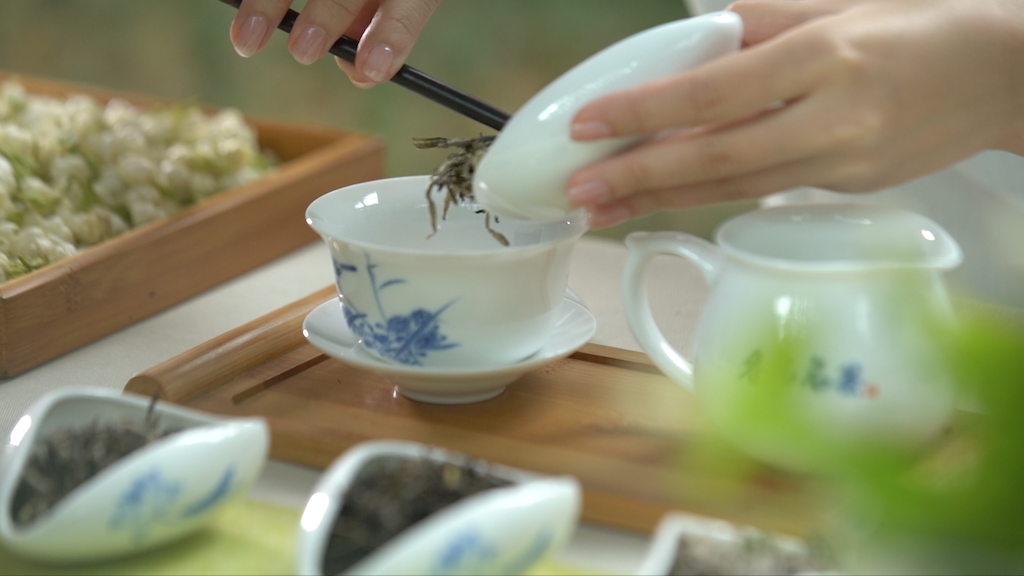 Tea leaves are placed in a cup. /CGTN Photo

Tea leaves are placed in a cup. /CGTN Photo

The two are mixed and left overnight. During the 12-hour period, the leaves absorb the oils and fragrance of the flowers. Later, the leaves are baked. According to Fu, the highest grade of jasmine tea goes through this process nine times, and each time fresh flowers are added to the mix. It can take six months and more than 100 procedures before the final product is ready to be sold to buyers all over the world.

Drinking jasmine tea is truly a treat for the senses. So, the next time you need to relax, sit back and let the soothing fragrance and taste of jasmine picked from the fields of Fuzhou fill your teacup.