BRI is instrumental to realizing 'no poverty' vision
Azhar Azam 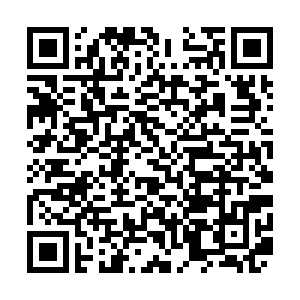 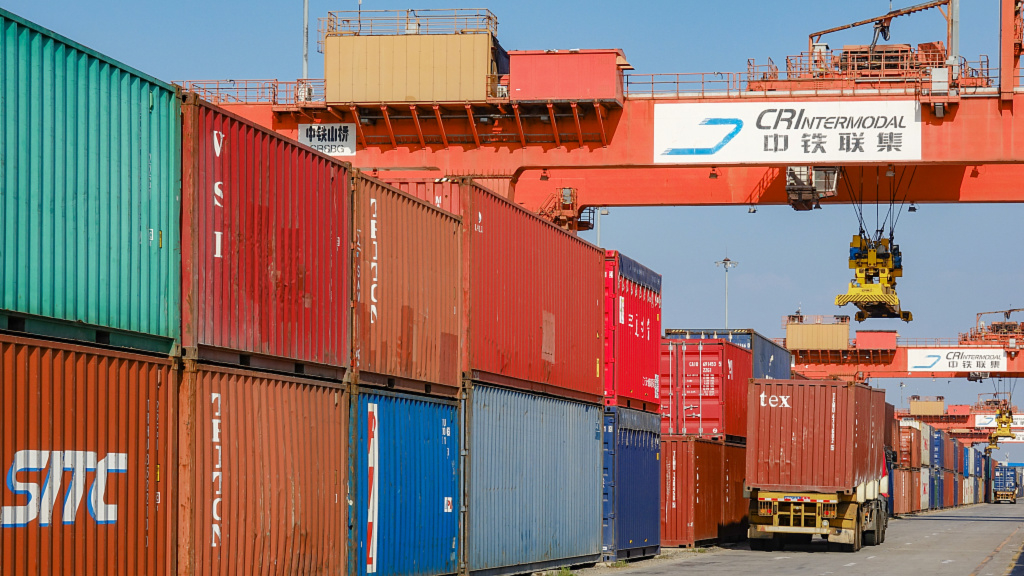 Editor's note: Azhar Azam works in a private organization as a market & business analyst and writes about geopolitical issues and regional conflicts. The article reflects the author's opinion, and not necessarily the views of CGTN.

Poverty alleviation is the topmost goal of the 17-Sustainable Development Goals (SDGs) or the Global Goals (GGs) that were adopted by all member states at the United Nations General Assembly in 2015 as a universal call to action to end poverty, protect the planet, and ensure all people enjoy peace and prosperity by 2030.

October 17 marks the 27th anniversary of the United Nations' International Day for the Eradication of Poverty, and the world can celebrate it as a great success after wilting down the scourge of poverty from 36 percent in 1990 to 8.6 percent in 2018.

One country, which has truly aided the UN in its dash towards its top-priority ambition is China. Generally, the poor in any country are presumed to be a liability or burden on a nation's economy. But for China, they were its strength.

China diverted all available resources and provided training to its poor people that were largely located in the country's rural areas. Through years of unprecedented growth, China has shaken 850 million people out of extreme poverty and was alone responsible for three-quarters of reduction in global poverty since the 1980s till date. By the end of 2018, the number of people living below the poverty line in Chinese rural areas had decreased to 16.6 million from 770 million in 1978. 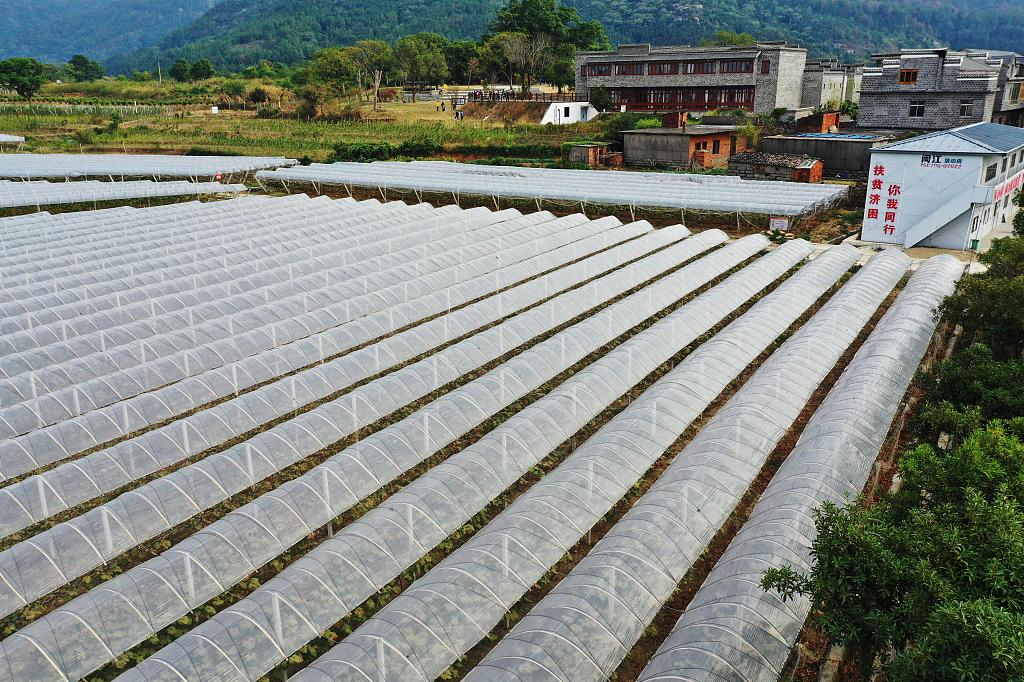 With this substantial contribution of over 70 percent to the global cause, China is set to meet the top UN goal next year, 10 years ahead of the scheduled 2030.

The miracle of reducing poverty was not restricted to China as it continued to emerge as the leading contributor to global poverty reduction. In the past three decades, the unrivaled Chinese triumph against poverty has helped the world pull more than one billion out of extreme poverty.

Because of China's success in poverty eradication, the number of those living in poverty in East Asia and Pacific fell from 73.1 million in 2013 to 47.2 million in 2015 – that was more than 35.4 percent, the largest of any region across the globe.

According to most recent estimates, in 2015, 10 percent of the world population was still living below the poverty line – Vice President of the World Bank's East Asia and Pacific Victoria Kwakwa sought China's support to build the group's knowledge and capabilities and to transfer China's development lessons to other countries.

China, as a key driver of declining global poverty, is always inclined to share its expertise and experience with international financial bodies and other countries so that more than 700 million people worldwide can be lifted out of absolute poverty.

86 percent of the global poor live in South Asia and Sub-Saharan Africa and extreme poverty has almost doubled in the Middle East and North Africa (MENA), and China's Belt and Road Initiative (BRI) could critically slice down the number of poor in these regions, which are threatening to be wedged in extreme poverty. 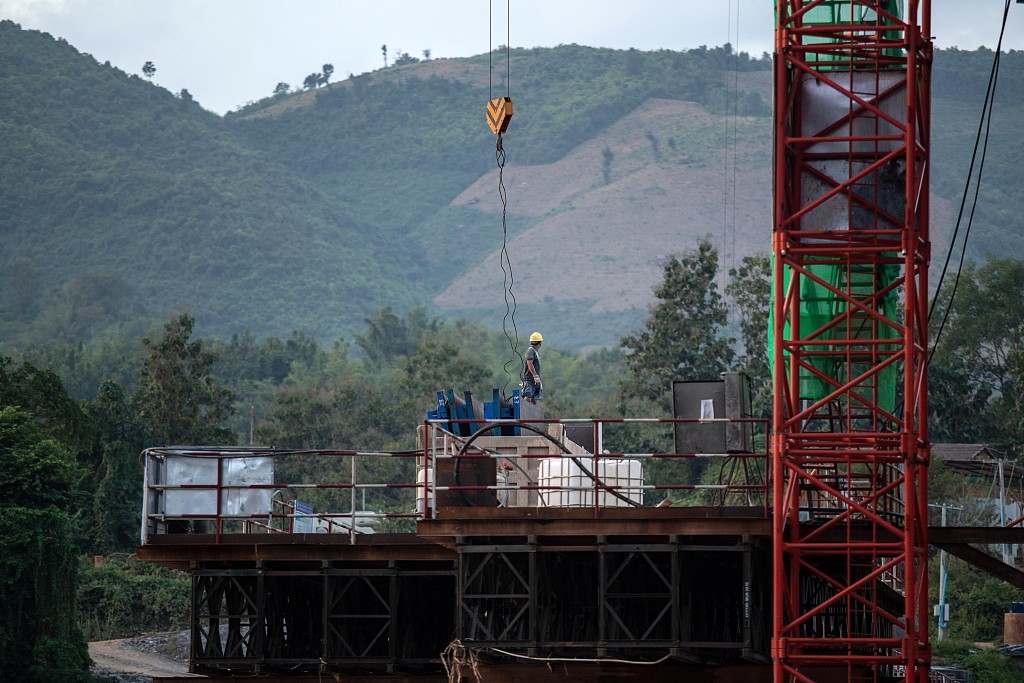 A worker stands at the construction site of the Ban Ladhan Railway bridge, a section of the China-Laos Railway built by the China Railway Group Ltd., Luang Prabang province, Laos, October 18, 2018. /VCG Photo

A worker stands at the construction site of the Ban Ladhan Railway bridge, a section of the China-Laos Railway built by the China Railway Group Ltd., Luang Prabang province, Laos, October 18, 2018. /VCG Photo

As Chinese BRI projects in Pakistan could potentially see additional reductions in extreme poverty by 1.1 million people and by 200,000 people in Bangladesh, Sub-Saharan African countries could cut their rolling poverty crisis through Chinese infrastructure and transport projects in the region.

The World Bank's report in June noted that BRI could speed up economic development and reduce poverty in dozens of developing countries. The analysis further found that the initiative's transport project alone has the potential to lift 7.6 million people from extreme poverty and another 32 million from moderate poverty, mostly in the BRI corridor economies.

BRI projects unleash a vast opportunity to nations in MENA, Central Asia, and Sub-Saharan Africa to increase their exports. The increased trade would inevitably result in more job opportunities and would stem poverty in the regions.

China's mega drive of regional connectivity and shared growth aims to promote the global economy, create new trade routes, establish infrastructure, and ramp up trade relations – the paybacks will be grossly experienced by all countries, particularly in the form of reduced poverty in developing countries.The BRI is fully aligned with the UN sustainable development agenda 2030 and could accelerate its SDGs in the given time frame.