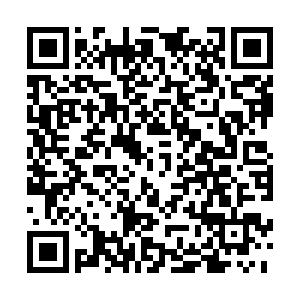 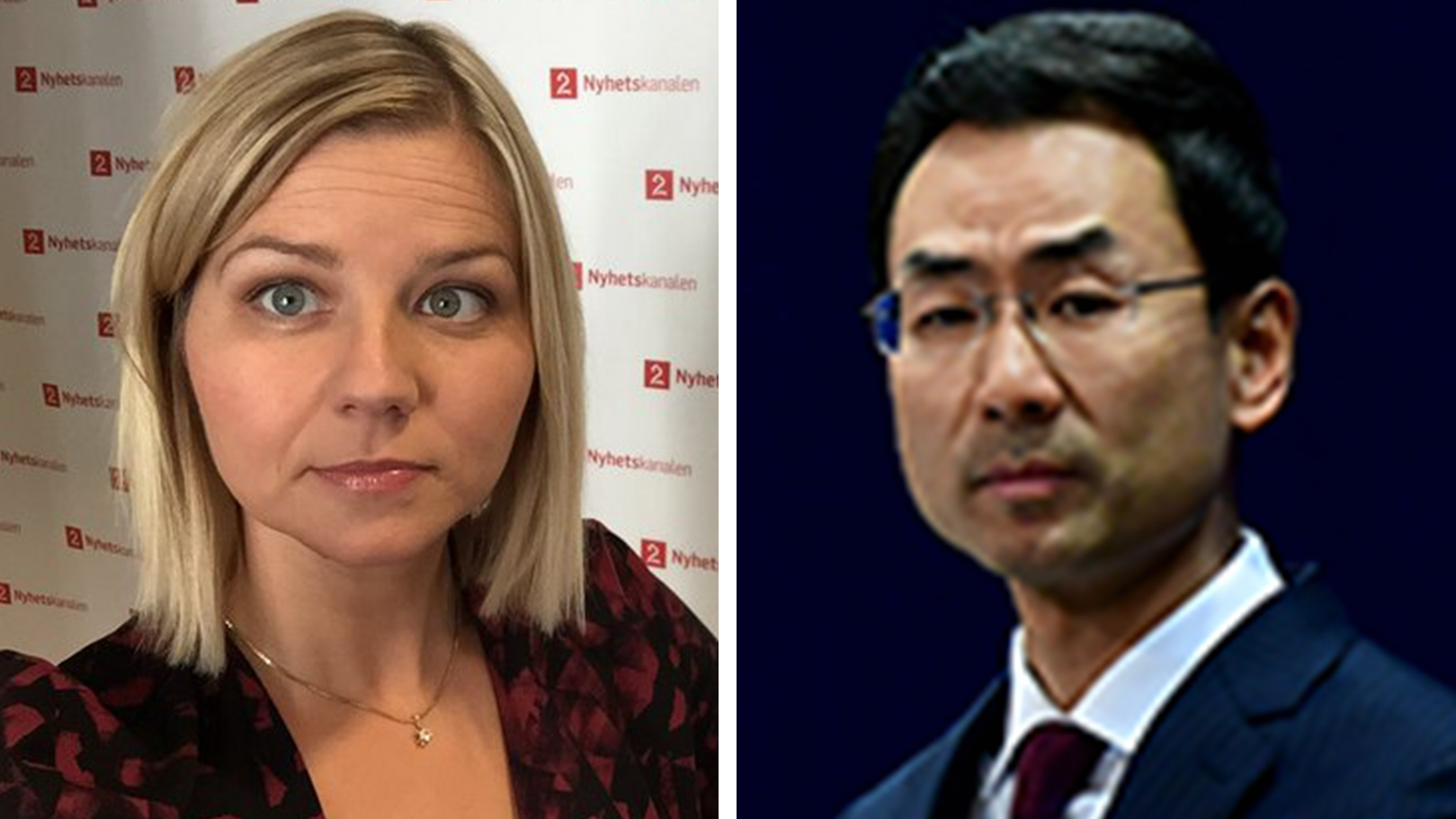 China on Thursday warned foreign governments or individuals not to interfere in its internal affairs following reports of a Norwegian politician nominating the "people of Hong Kong" for the 2020 Nobel Peace Prize.

"We urge the relevant person to exercise caution in her words and deeds based on a fair and just attitude, and to stop interfering in Hong Kong affairs and China's internal affairs," he added.

Earlier in a Twitter post on Tuesday Guri Melby, a Liberal Party politician and a Member of Parliament from Oslo, had said she "nominated the people of Hong Kong, who risk their lives and security every day to stand up for freedom of speech and basic democracy, to the Nobel Peace Prize for 2020."

Later in an interview to Norway's largest newspaper Aftenposten, Melby added that "what they do has an impact far beyond Hong Kong, both in the region and in the rest of the world."

On Wednesday, the Norwegian politician claimed her action was prompted after her visit to Hong Kong, which has been hit by violent protests in recent months. 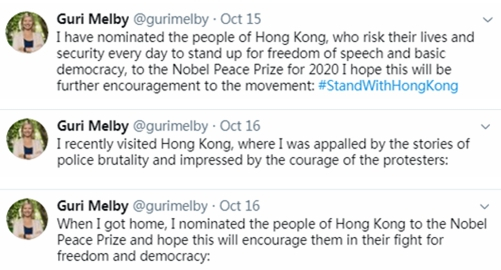 A screenshot of tweets by Guri Melby.

A screenshot of tweets by Guri Melby.

"I recently visited Hong Kong, where I was appalled by the stories of police brutality and impressed by the courage of the protesters. When I got home, I nominated the people of Hong Kong to the Nobel Peace Prize and hope this will encourage them in their fight for freedom and democracy," Melby said in her posts.

In a scathing editorial on Friday, the China Daily newspaper condemned the Oslo lawmaker's remarks saying the nomination was an insult to "millions of peace-loving and law-abiding residents of Hong Kong Special Administrative Region."

The editorial argued that Melby's decision to nominate Hong Kong protesters, which included violent "rioters," is akin to redefining the idea of "peace" as it ironically justified violence and destruction in the name of freedom and democracy.

"Since there's no mention of the definition of 'peace' in that report [about the nomination], we shall assume she (Melby) genuinely believes all the rioters, including foreign nationals who joined the 'fights,' perhaps deserve the Nobel Peace Prize (NPP) for the carnage and suffering they have inflicted on the great majority of Hong Kong citizens in nearly five months to date of hell on earth," the China Daily said.

"As if there isn't enough controversy surrounding the whole NPP selection process each year, the Norwegian politician just pulled off the ultimate fan-girl act by nominating the culprits of wanton human rights abuses, violence and destruction for an NPP just because they used 'freedom' and 'democracy' as an excuse," it added.