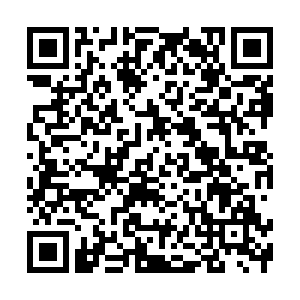 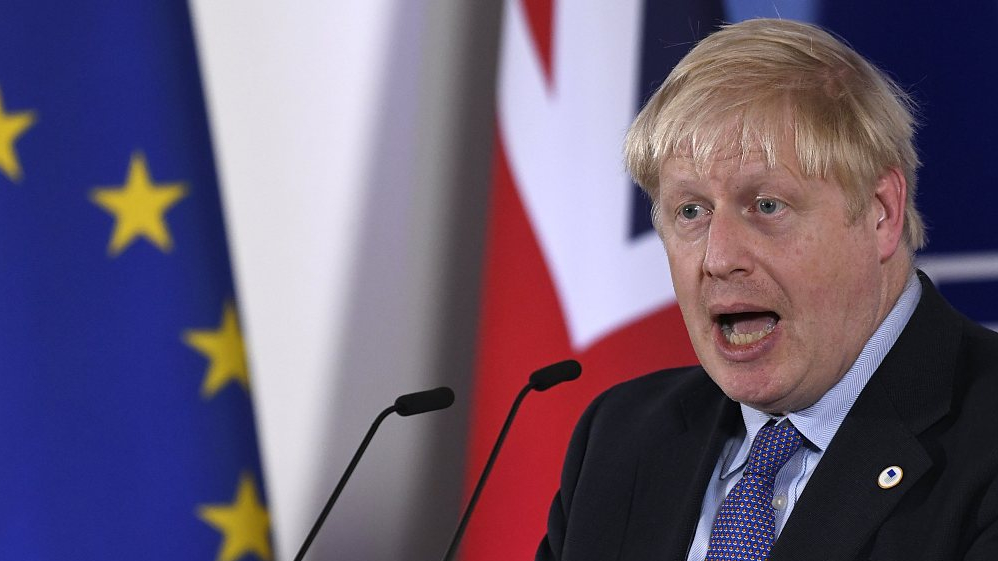 Editor's note: Thom Brooks is dean of Durham Law School and professor of Law and Government, Durham University. The article reflects the author's opinions, and not necessarily the views of CGTN.

British Prime Minister Boris Johnson believes he has proven his critics wrong, and people have underestimated him to their peril. While widely assumed incapable of getting any new concessions for a new and improved Brexit deal with the EU, Johnson claims he has effectively done the impossible and got the EU to concede ground for a more acceptable Brexit deal.

But the truth is there's nothing particularly new about these old plans. Originally, the EU suggested that if the UK wanted to keep an open border between Northern Ireland and the Republic of Ireland it might do so by effectively creating a customs border in the Irish Sea. This would mean that Northern Ireland would remain following EU rules while the rest of the UK had the opportunity to depart from them.

This move was sharply criticized by both then Prime Minister Theresa May and even Johnson as recently as last year. Both claimed that no Conservative leader could contemplate the potential splitting of the UK and that this would undermine the integrity of the UK overall.

The Northern Irish party DUP, whose votes allowed May to have a working majority, agreed. While they firmly supported Brexit, they more firmly supported not providing a cause for the reunification of their island.

Johnson's u-turn has unsurprisingly won favor from the EU. After all, it was they that originally proposed the Irish Sea border he previously opposed so strongly. But he has failed to win back the DUP who see themselves as being sold out.

Yet this deal seems far from clear or ideal. Customs free movement will continue across the border between Northern Ireland and the Republic of Ireland unchecked. However, there will be checks of those goods that enter Northern Ireland and then transfer to the UK's mainland – and vice versa if heading to the Republic of Ireland. This has the potential to become an administrative nightmare. The work will be done by UK and EU officials – where EU officials may be able to overrule their British counterparts. This will not look like the "taking back control" of trade that was promised. A majority in the Northern Irish Parliament in Stormont, currently suspended, would be required to continue these arrangements without any veto by either side. 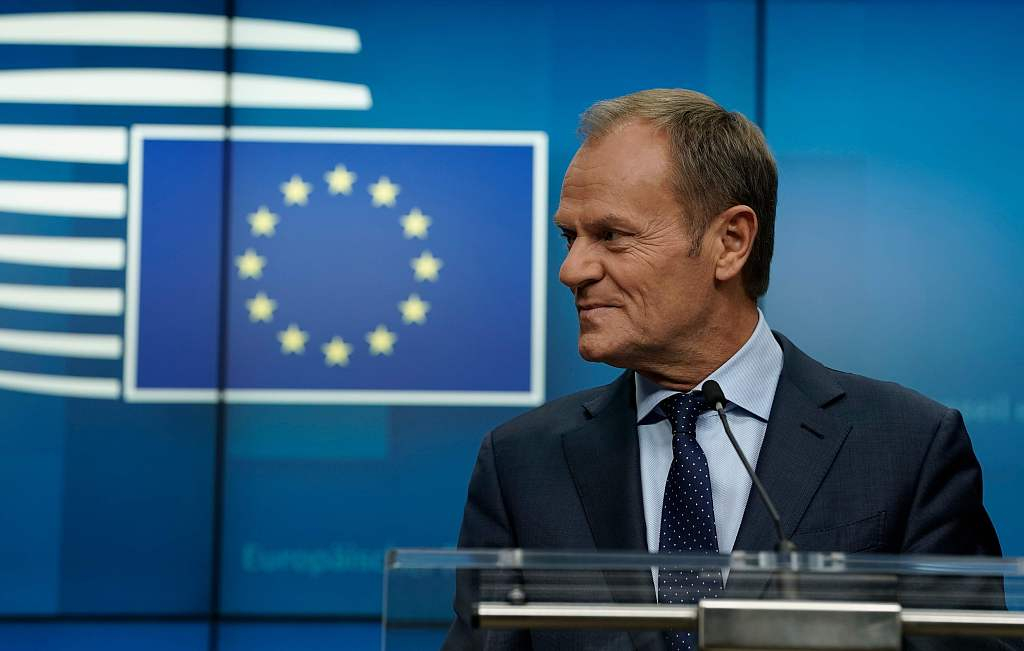 European Council President Donald Tusk looks on during a press conference during an European Union Summit at European Union Headquarters in Brussels on October 17, 2019. /VCG Photo

European Council President Donald Tusk looks on during a press conference during an European Union Summit at European Union Headquarters in Brussels on October 17, 2019. /VCG Photo

So Johnson's "new" deal is old wine in unwanted bottles. But will anyone be willing to accept it?

There is certainly an urgency to rush through several bills through Parliament to confirm the deal and get it in place by 31 October before any extension is required to avoid crashing out without a deal. However, there are logistical challenges like a lack of time to get the legal text behind this agreement – where all the details can be found and unpicked – translated into all relevant European languages for EU Council members to read, consider and provide their support. Should one not do so, the "deal" is off. Time is not exactly on their side.

In the unlikely event that Johnson wins support for his deal, he faces the daunting challenge of getting relevant legislation passed in time on an accelerated timeline where the long term consequences may be profound requiring close scrutiny. The most difficult part of getting a deal confirmed on the UK side may well be the delay and lack of preparedness for getting all parts facilitating its approval presented in time before Parliament.

A bigger question is – should Johnson lose the vote on Saturday – what will MPs do next. His opponents want to secure the extension, but their unity ends there. I find it difficult to predict what next. I sense a majority is for a second referendum. But with politicians being politicians, various leaders may fancy their chances at the polls so it cannot be ruled out that a general election may be called instead.

Johnson reminds the public he wanted to "get Brexit done" so the country moves on. If he succeeds in getting the UK an agreed text on withdrawal after three long, divisive years, the more difficult work will be in actually agreeing a trade deal that will almost certainly take at least twice as long to agree. Brexit won't be done for many more years to come.