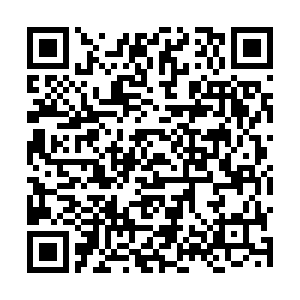 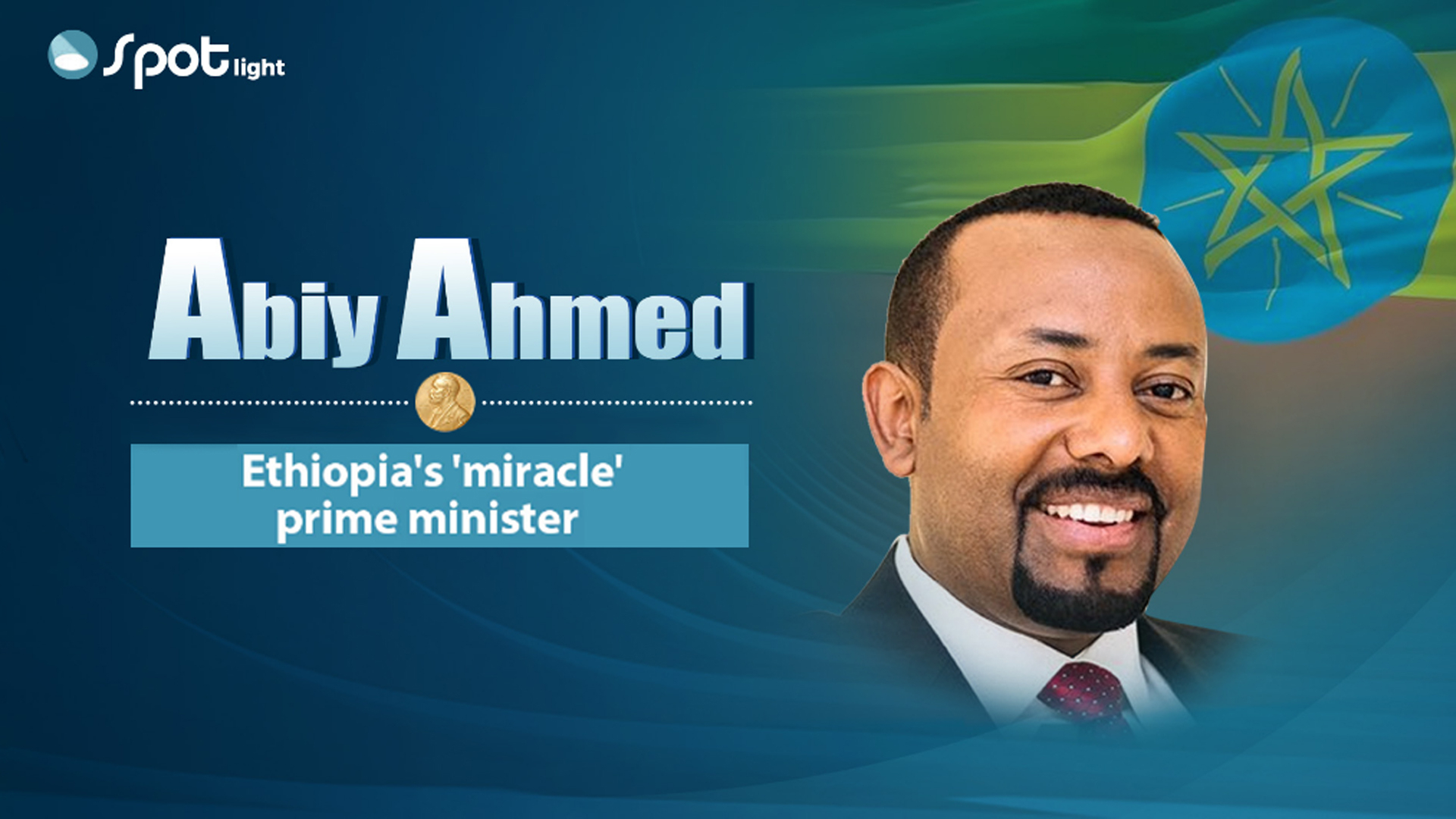 "This award is for Ethiopia and the African continent. We shall prosper in peace!" tweeted Abiy Ahmed, prime minister of Ethiopia, after the five-member Norwegian Nobel Committee named him the winner of 2019 Nobel Peace Prize on October 11.

The Nobel Committee in an official statement said that the prize was given "for his efforts to achieve peace and international cooperation and in particular for his decisive initiative to resolve the border conflict with neighboring Eritrea."

The achievement marks yet another remarkable chapter in Ahmed's life. During the Ethiopia-Eritrea War from 1998-2000, Ahmed, then cyber intelligence officer, led a team to discover positions of the Eritrean Defense Forces. The same man, 18 years later worked out a peace agreement to end a military standoff that followed Eritrea's secession from Ethiopia in 1993. The border conflict had claimed over 100,000 lives.

The deal was signed within three months of him taking over as prime minister, restoring communications and transport links between the two countries and reuniting long-separated families for the first time in 20 years. The improvement in bilateral ties also led to the lifting of UN sanctions on Eritrea. 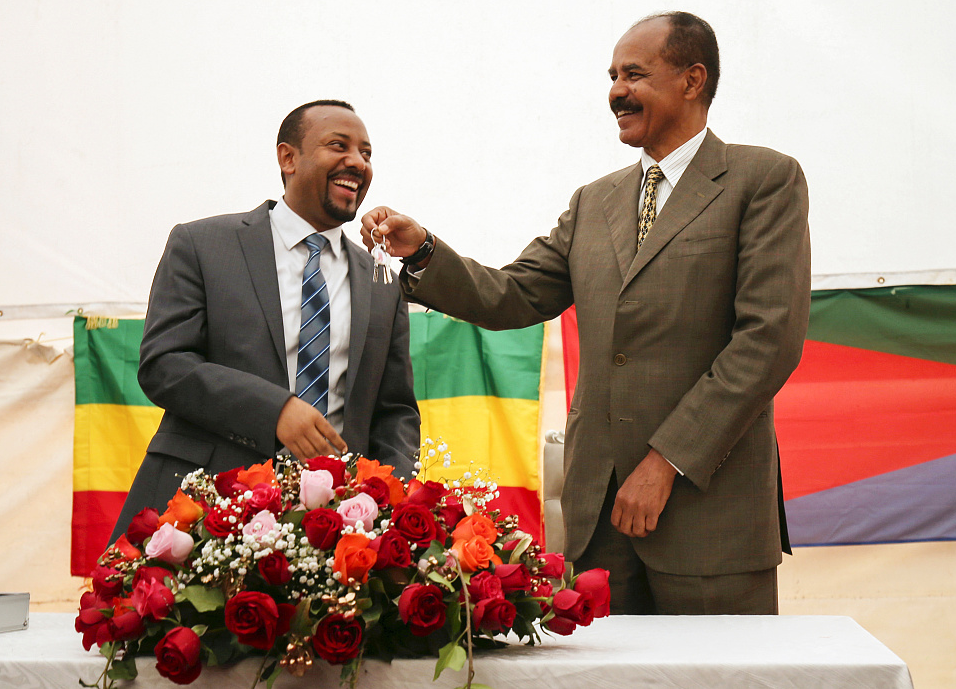 Ahmed, 43, took over the reins of the government in April 2108 with the promise of democracy, reconciliation, and greater freedoms.

His first 100 days in office were marked by one milestone after another. He lifted the country's state of emergency, granted amnesty to thousands of political prisoners, prosecuted former officials accused of torture, allowed return of outlawed opposition groups and exiled leaders, abolished media censorship and appointed women on political posts. He also promised to hold free and fair elections in 2020.

"I don't believe that it's proper to stay in power for long periods of time. And as long as I have power, I believe that I should use that to change people's lives. But within my efforts working to bring change, there may be errors - but all of my intention and action is aimed at elevating Ethiopia," Ahmed said in an interview with Voice of America's Horn of Africa service in May. 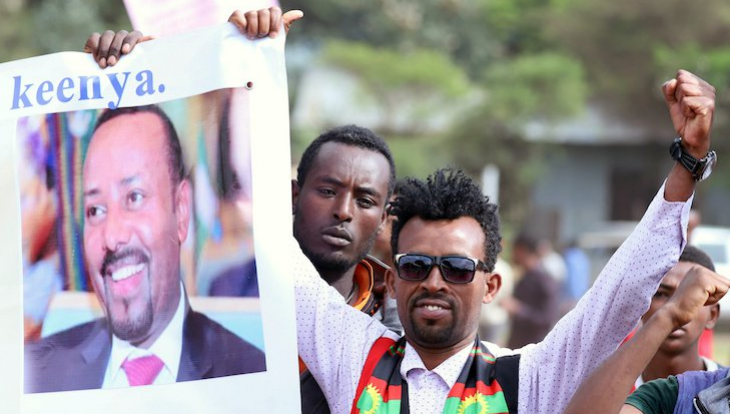 A man chants slogans during a celebration rally for Ethiopia's Prime Minister Abiy Ahmed after he won the Nobel Peace Prize in Ambo, Oromia region of Ethiopia. /Reuters Photo

A man chants slogans during a celebration rally for Ethiopia's Prime Minister Abiy Ahmed after he won the Nobel Peace Prize in Ambo, Oromia region of Ethiopia. /Reuters Photo

"His leadership channeled the anger of the streets into a productive passion for reform, quelled protests, and thereby spared Ethiopia from a wave of unrest that many feared could have culminated in a bloodbath," wrote Bronwyn Bruton, deputy director of the Atlantic Council's Africa Center in Washington, in Foreign Policy.

Ahmed, who's dubbed as Ethiopia's "miracle" prime minister by his supporters, has ushered in an era of optimism in Africa's second-most populous country, colloquially known as "Abiymania."

Born to parents who belonged to different ethnic groups, an Oromo father and an Amhara mother, which is unusual in Ethi­o­pia, Ahmed grew up in poverty.

"We used to fetch water from the river," he revealed during a radio interview with Ethiopia's Sheger FM recently, adding that he didn't even see electricity and an asphalt road until the seventh grade.

But his past could not stop his meteoric rise. He started his political career in early 2000s as a member of the Oromo Democratic Party, one of the four parties of the ruling coalition Ethiopian People's Revolutionary Democratic Front (EPRDF), and quickly climbed the ladders in corridors of power. 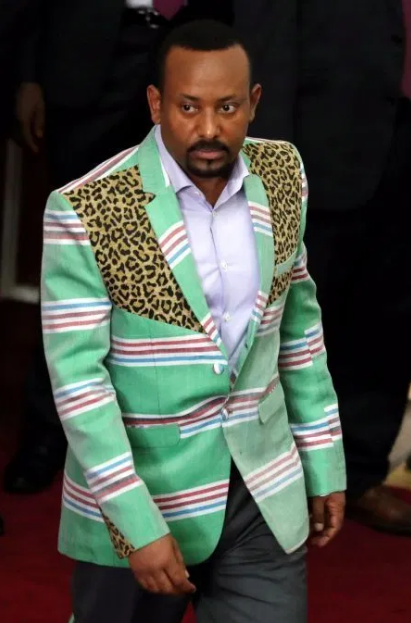 In 2015, the government's plan to expand the capital's administrative boundaries into the surrounding Oromia region sparked massive protests by Oromo people, who called it a land grabbing policy.

When then Prime Minister Hailemariam Desalegn abruptly resigned, the coalition's member parties chose Ahmed to become the first Oromo prime minister. Since then, the young leader has survived an alleged coup attempt in June this year and a grenade attack that killed two people and injured more than 100 in the same month last year. 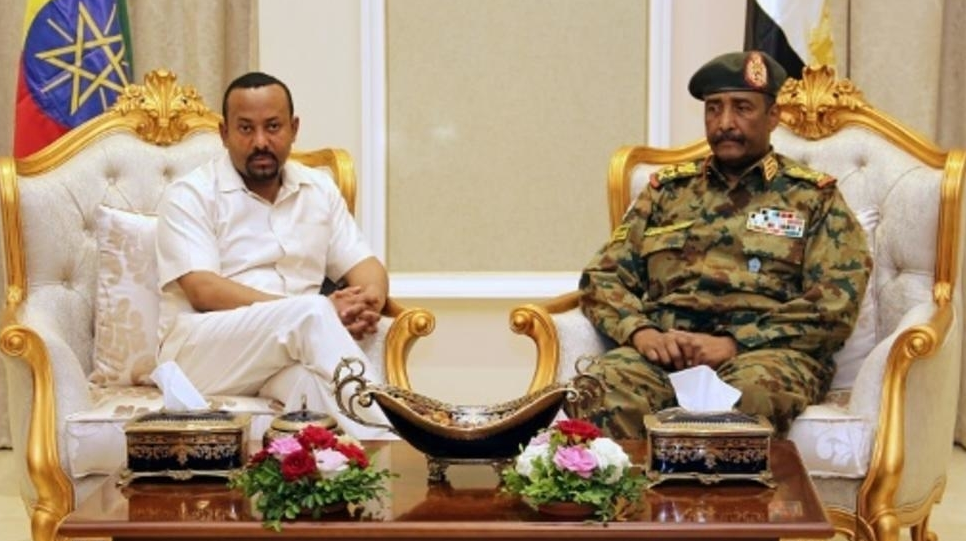 In 2018, Ethiopia also played a major role in normalization of diplomatic relations between Djibouti and Eritrea after years of tensions. He also undertook brave moves to broker peace in neighboring Sudan and South Sudan by leading rounds of talks between opposing sides, paving the way for power-sharing agreements.

"I have said often that winds of hope are blowing ever stronger across Africa. Prime Minister Abiy Ahmed is one of the main reasons why," said UN secretary-general Antonio Guterres while lauding the committee's decision.

Despite undertaking several notable reforms, Ahmed's policies have been criticized for not fully bearing fruit. For example, the peace deal with Eritrea is far from complete. In December last year, Eritrea once again closed all its border crossings with Ethiopia. There has been no dialogue on the trade agreement drafted by Ethiopian negotiators for almost a year. The demarcation process of the border is yet to begin, while the disputed areas continue to remain under Ethiopian control. 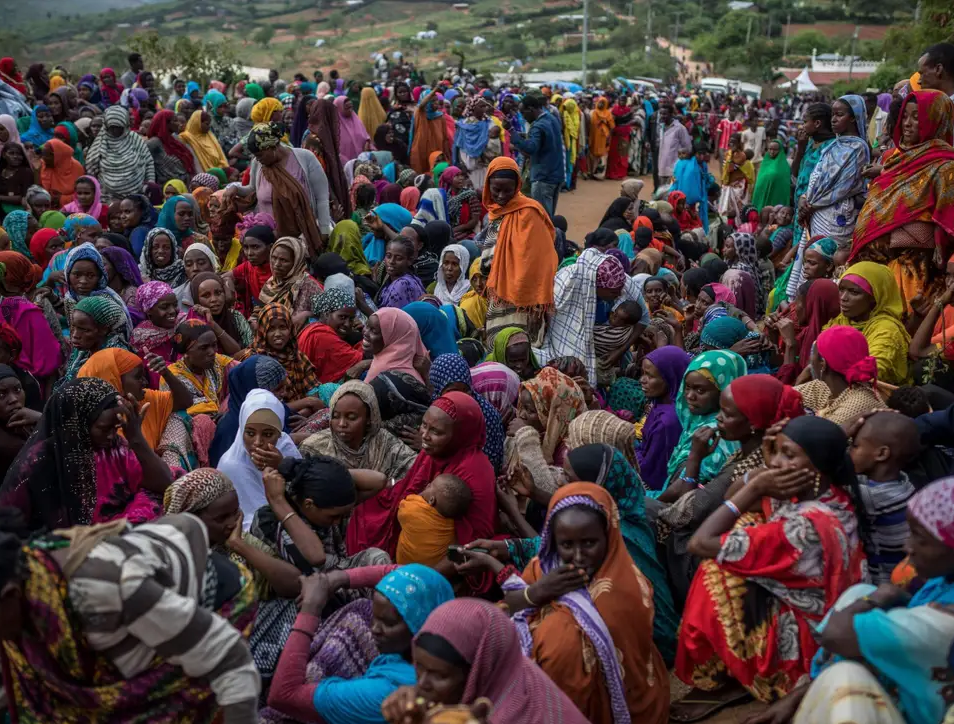 A report by the African Business Magazine argued that the "prime minister is neglecting serious issues in his backyard for maintaining his positive international image." New found "greater freedoms" under Ahmed's government have led to the emergence of increasing numbers of ethnic parties, resulting in violent clashes. According to the Global Report on International Displacement, about 2.9 million people have been internally displaced in Ethiopia in the last one year – the largest such annual figure for any country