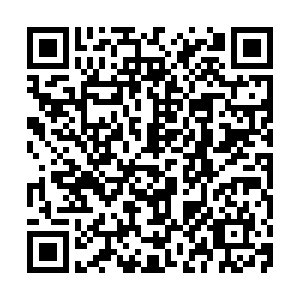 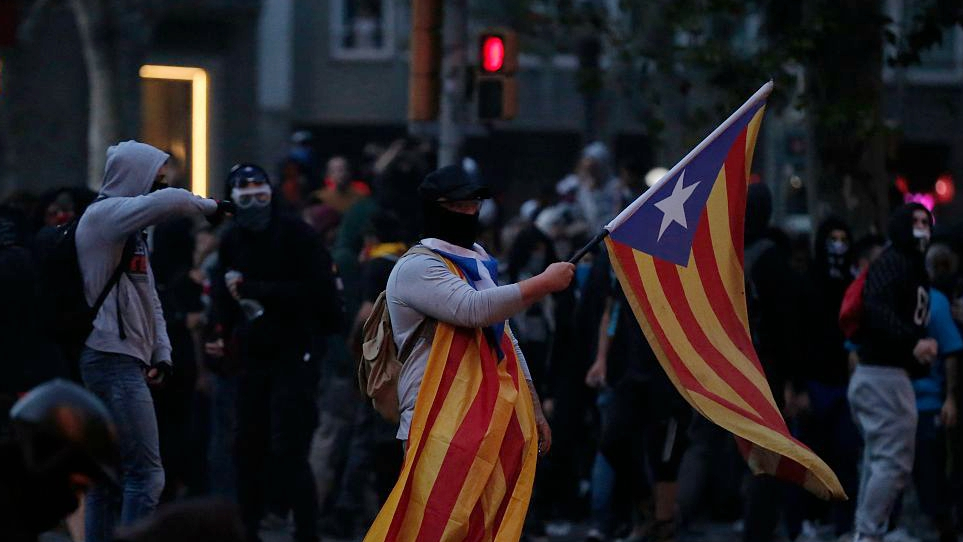 A protester waves a Catalan pro-independence "estelada" flag during clashes near the Police headquarters in Barcelona, October 18, 2019. /VCG Photo

A protester waves a Catalan pro-independence "estelada" flag during clashes near the Police headquarters in Barcelona, October 18, 2019. /VCG Photo

Violent clashes escalated in Barcelona late Friday, as radical Catalan separatists hurled rocks and fireworks at the police, who responded with teargas and rubber bullets, turning the city center into a chaotic battleground.

The deterioration came on the fifth consecutive day of protests in the Catalan capital and in other cities over a Spanish court's jailing of nine separatist leaders on sedition charges, over a failed independence bid two years ago.

Around half a million people rallied in Barcelona earlier on Friday in the biggest gathering since Monday's court ruling as separatists also called a general strike in the major tourist destination.

While most marchers appeared peaceful, hoards of young protesters went on a rampage near the police headquarters, igniting a huge blaze. The police fired teargas to disperse them. 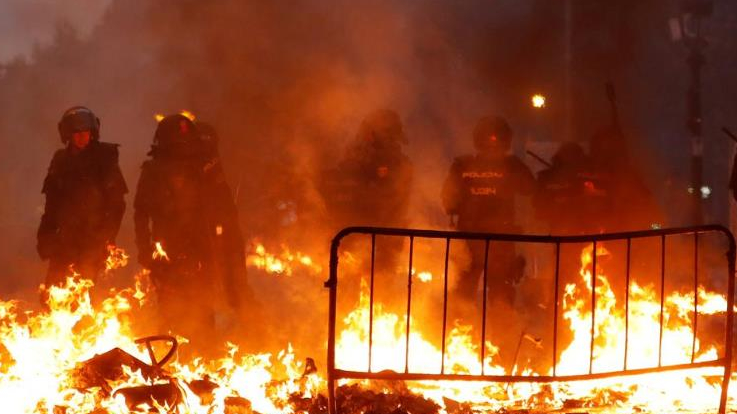 Other fires raged near Plaza de Catalunya at the top of the tourist hotspot Las Ramblas, where hundreds of demonstrators rallied in defiance of the police, who tried to disperse them with a water cannon.

Scores of police vans could be seen fanning out around the streets, their sirens screaming as the regional police warned people in a message in English on Twitter "not to approach" the city center.

Earlier, thousands of "freedom marchers", who had set out to walk from five regional towns on Wednesday, arrived in Barcelona wearing walking boots and carrying hiking poles.

The rally coincided with the general strike, prompting the cancellation of 57 flights, the closure of shops, business and several top tourist attractions, and slowing public transport to a trickle in a region that accounts for about a fifth of Spain's economic output. 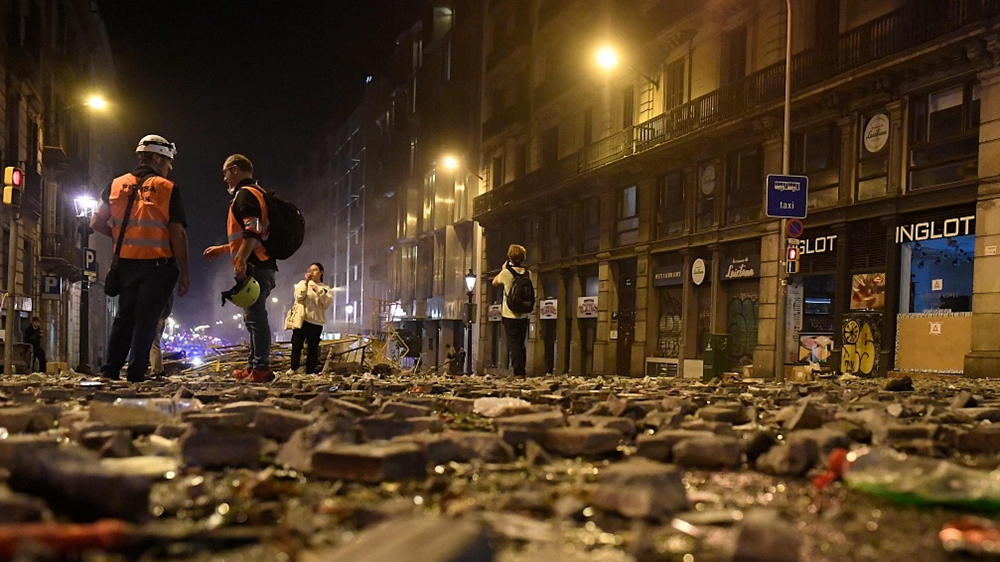 Debris on a street of Barcelona after the strike, October 18, 2019. /VCG Photo

Debris on a street of Barcelona after the strike, October 18, 2019. /VCG Photo

Health authorities said 62 people were hurt in the confrontations, including 41 in Barcelona. Television showed a policeman being carried away by colleagues after being knocked unconscious. It was not clear if he was in a serious condition.

Some 128 people were arrested in the region over the past five days and Grande-Marlaska warned that the rioters faced up to six years in prison.

It is the worst unrest episode Spain has seen in decades. The interior ministry sent police reinforcements to Barcelona to try to quell the escalating chaos.

Barcelona's October 26 home match against Real Madrid, known as "el clasico" and one of the biggest rivalries in world sport, was also postponed due to security concerns.