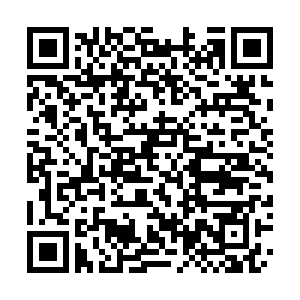 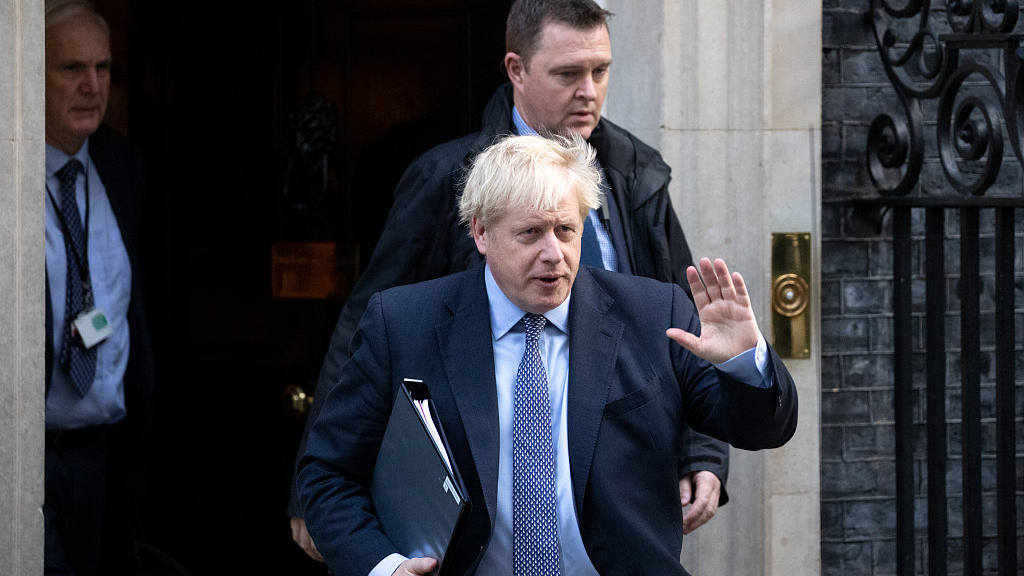 Editor's note: Thom Brooks is dean of Durham Law School and professor of Law and Government, Durham University. The article reflects the author's views, and not necessarily those of CGTN.

Yesterday was supposed to be the day Prime Minister Boris Johnson won a "meaningful" vote in support of his Brexit deal and signal, in the eyes of his supporters, that Britain really was set to leave the European Union on October 31. As MPs gathered in Parliament for a historic weekend sitting of the House of Commons, the PM started defiant yet sounded somewhat conciliatory as he hoped that he might squeak his plan across the line.

It is still difficult to say whether or not he might have actually won the vote, but the moment was never to come. An amendment to his motion was put to MPs that a request be made to the EU seeking an extension – and that if Parliament wanted to back Boris's deal, they had to back all of it or the whole thing would fall apart.

The main issues are simple. First, supporting the withdrawal agreement isn't enough on its own – it does not make withdrawing from the EU happen. If Johnson's deal has support, then several new laws must be introduced in Parliament and passed to give legal effect to this deal an enable withdrawal to begin. These laws include such matters as the rights and status of EU citizens, a crucially important issue both for EU citizens in the UK and British citizens in the EU. If all the relevant laws are not in place by October 31, then the withdrawal deal may have a majority of Parliament's support but the laws would not all be in place to allow withdrawal to start.

The amendment creating extra time has been criticized by Johnson and his allies for delaying Brexit yet further. However, if Parliament does agree his plans and does approve the relevant legislation swiftly, then Brexit will happen and the amendment has no delaying effect. The problem is purely practical: It may be simply impossible to approve the vast array of necessary legislation in time given what little time is left thanks to stunts like the PM's unlawfully proroguing, or suspending, Parliament. If that hadn't happened, there would be more time and measures like this might have been unnecessary. 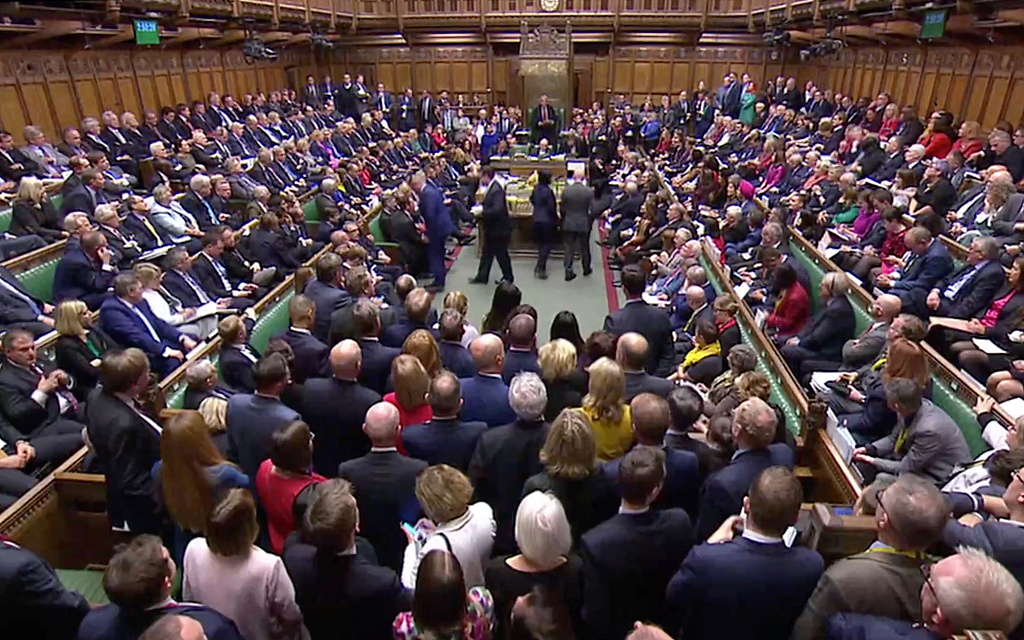 General view of the House of Commons after the announcement of the result of the vote on the deal delay as parliament discusses Brexit, sitting on a Saturday for the first time since the 1982 Falklands War, in London, Britain, October 19, 2019, in this screen grab taken from video. /VCG Photo

General view of the House of Commons after the announcement of the result of the vote on the deal delay as parliament discusses Brexit, sitting on a Saturday for the first time since the 1982 Falklands War, in London, Britain, October 19, 2019, in this screen grab taken from video. /VCG Photo

The second main issue is trust. Few trust the Prime Minister, not least members of his own party. The amendment winning votes yesterday was not proposed by Labour, but by a Tory MP. There is reason to doubt much of what Johnson promises. During the EU referendum, he promised to keep the UK in the EU's single market. Now he wants out. Since the start, Johnson has maintained that no Conservative Prime Minister could support having a customs border in the Irish Sea dividing Northern Ireland from the rest of the UK – yet again this is precisely what he is proposing to do now.

In making one broken promise after another, it has got to the point that few trust the Prime Minister. If he had kept his word on Northern Ireland, the amendment yesterday would have been stopped and he may well have won his big vote. But he decided to gamble and break his promise.

As required by law, he has sent a request to the EU seeking an extension – but also sent a letter accompanying that begs the EU not to grant it. In effect, it appears he is actively seeking to undermine the request he is required by law to make. On Monday, this will be heard in court where assurances had been made by the Prime Minister's legal team that they would honor the law.

Even if he is found to have kept to its word, if not its spirit, this will do little to endear him further to his EU negotiating partners who must now wonder which Johnson turns up at meetings when making promises to them. He had assured them that he'd get his deal passed and get the UK out this month. None of this is going to plan – and when he writes requests he is sending both sides of the argument.

Johnson's Brexit problems will continue – although too early to say for how long. But it is clear that many of the challenges he's facing have been created by his own broken promises and mistaken judgments. If he had acted otherwise, the UK might be in a very different position. But because he has not, Brexit is looking more difficult by the day. His greatest political triumph in winning the referendum may prove his biggest downfall as Prime Minister.