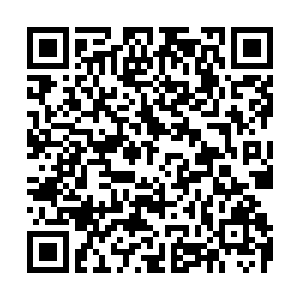 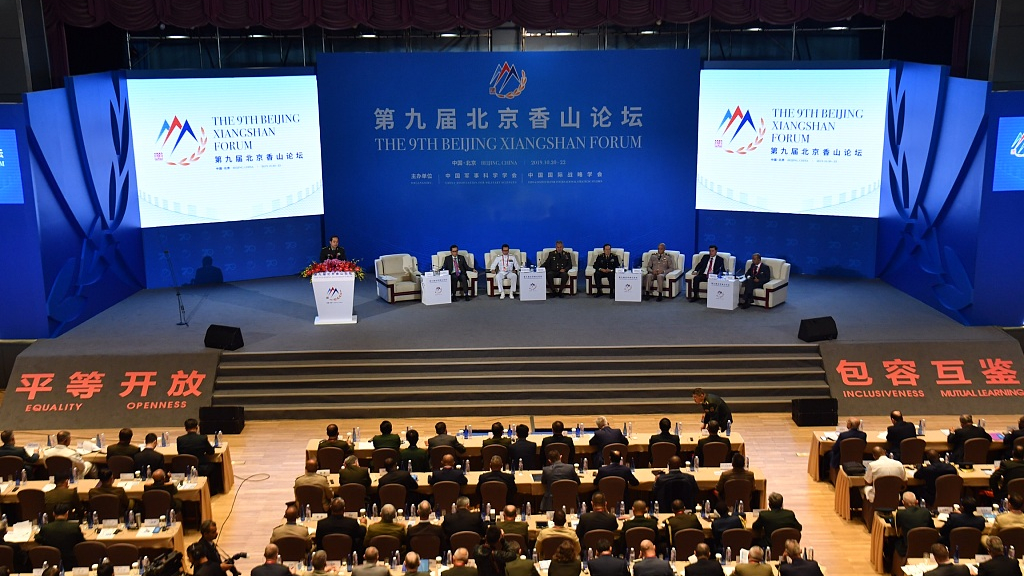 The 9th Beijing Xiangshan Forum is held at a time of high international distrust. During a seminar for young officers and scholars, one of the most pressing issues discussed was the prevalence of the lack of trust in the international system, particularly between China and the United States.

The panelists gave their reasons for the cause of the distrust. Captain Li Yuqiao of the Academy of Military Science of the Chinese People's Liberation Army believes the distrust is rooted in the Cold War mentality of many analysts, scholars, and politicians. Military officers from basic units are very sensitive to wars and understanding them differently could create misjudgment. Currently, in both the U.S. and China, many officers have fitted the China-U.S. relationship into a Cold War model, which automatically means that the analysis of the relationship is based on great power confrontations. This allows the us-versus-them mentality to thrive, which in turn makes conflict more likely.

Melanie Hart, director of China Policy at the Center for American Progress, cited a real clash of governance systems. She believes that the recent NBA controversy is the manifestation of the clash. For China, Hart says that any foreign interference in sovereignty is not tolerated. This is a core national interest. However, for the United States, freedom of speech is its core interest. The clash between the founding principles of the two countries is becoming almost ideological. This sort of difference makes mutual trust difficult to realize.

According to Dale Aluf, director of research and strategy at the Sino-Israel Global Network & Academic Leadership, the current international system is indeed problematic. He believes that the current world system has not fostered trust between countries. Countries' compliance with international standards has sometimes been turned by international rule-makers into a means to interfere in others' domestic politics. These forms of interdependency and integration have run out of favor with countries on the receiving end of intimidation and threats. 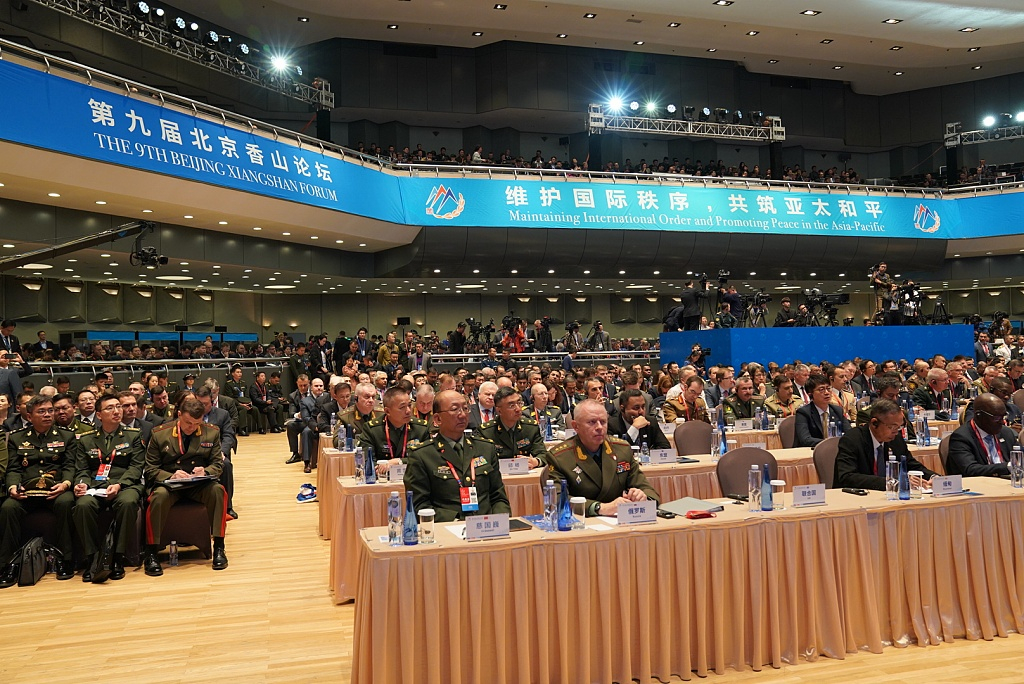 The Forum draws 76 official delegations, 23 ministers of defense, and a total of more than 1,300 attendees. /VCG Photo

The Forum draws 76 official delegations, 23 ministers of defense, and a total of more than 1,300 attendees. /VCG Photo

The question therefore is, if not the current system, then what? There are some suggestions regarding what the system should look like or how cooperation should be done. Aluf suggests that Chinese President Xi Jinping's vision of a community of shared future for mankind is currently a probable proposal for the future of the international system. Hart believes that there are two main areas where cooperation could've taken place between China and the U.S., regardless of the economic relationship between the two, is in climate change and handling Third World countries' problems.

However, there was no consensus on how to transform the vision and limited cooperation into an international norm that could be applied to a global community.

At the moment, the U.S. lacks a singular vision, Hart believes. President Trump, the establishment and Congress each have their own interests in foreign policy. As a result, American foreign policy is a chaotic one. And as Dr. Jina Kim of the Korea Institute for Defense Analyses explains, the current system cannot be analyzed based on the Cold War mentality given the difference between China-U.S. and Soviet Union-U.S. relationship. This uncertainty has created distrust as no country can be sure of the other's actions.

As to how to solve this problem, no one at the panel knew. Certainly, the conversation between military leaders and scholars at the 9th Beijing Xiangshan Forum will provide each participant with a clearer understanding as to each countries' motives and interests.