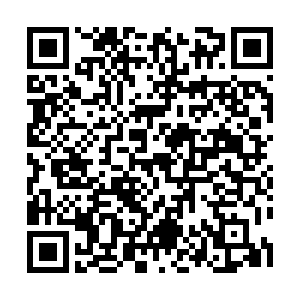 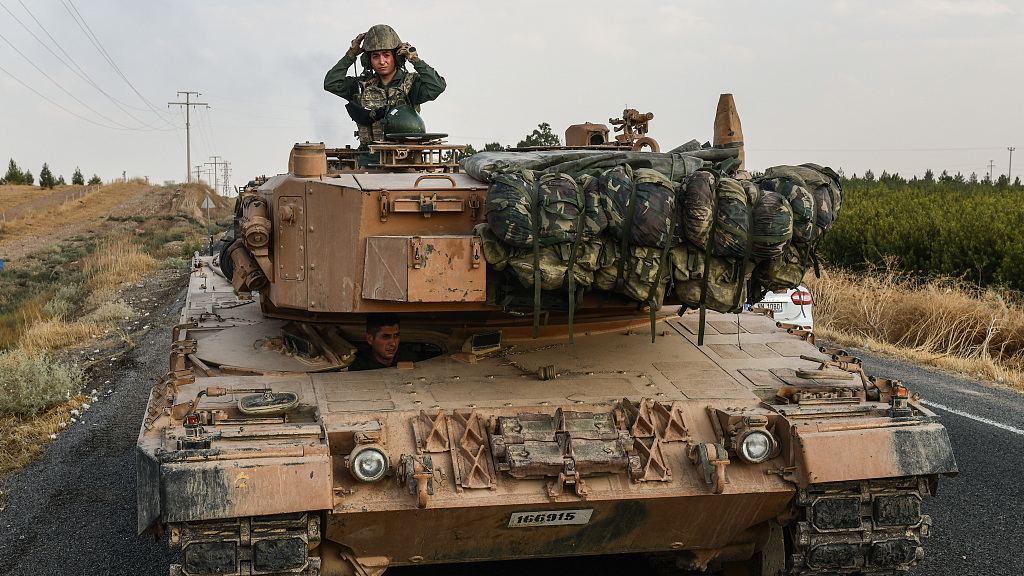 A Turkish soldier seen on an army tank before moving towards the Syrian border on October 18, 2019 in Ceylanpinar, Turkey. /VCG Photo

A Turkish soldier seen on an army tank before moving towards the Syrian border on October 18, 2019 in Ceylanpinar, Turkey. /VCG Photo

Editor's Note: Wang Jin is a research fellow of Charhar Institute in China and a associate professor from Northwest University in China. The article reflects the author's opinions, and not necessarily the views of CGTN.

Turkey's military offensive against the Syrian Kurdish "Democratic Union Party" (PYD) was suspended after a five-day truce was reached by Turkish President Recep Tayyip Erdogan and U.S. Vice President Mike Pence. With U.S. coordination, the PYD militias will withdraw 30 kilometers southward from the "safe zone" designed by Turkey in northern Syria, and Turkey will suspend its military offensive there for five days.

Turkey's latest military offensive could be attributed to two dimensions. Turkey hopes to establish a "buffer zone" in northern Syria to eliminate the presence of PYD and its militias in the region as Turkey insists that the PYD and the Kurdish Workers' Party (PKK) ("terrorist group" inside Turkey), are the same group. Ankara also hopes to settle more than 3.6 million Syrian refugees in the "buffer zone."

Concerning Ankara's suspension of its military offensive, there are three things worth mentioning. First, Trump's decision to withdraw the U.S.' military presence from northern Syria does not mean he would let Ankara's military offensive in northern Syria go further without limitations. The U.S. president hopes to realize his 2016 presidential campaign promise of withdrawing U.S. military presence from Syria.

Trump once advocated U.S. military withdrawal from Syria in early 2018, but cancelled the decision due to pressure from the Pentagon. With the approach of the next U.S. presidential election in 2020, Trump wants to realize his campaign promise to attract more supporters Nonetheless, the U.S. president expressed repeatedly in 2018 and early 2019 that U.S. does not want to witness a "humanitarian crisis" in Syria as a result of Turkey's military offensive, and even threatened to impose new sanctions against Turkey after its military offensive on Syria on October 9.

Given Turkey's grim economic situation in 2018 and 2019 which led to local election loss of Erdogan's Justice and Development Party (AKP) this March, Ankara needs to reconsider the risk of U.S. sanctions. Therefore, Turkey decided to accept Mike Pence's truce proposal including the establishment of a "buffer zone" in northern Syria, which is the most important objective of Turkey's military operation in Syria. 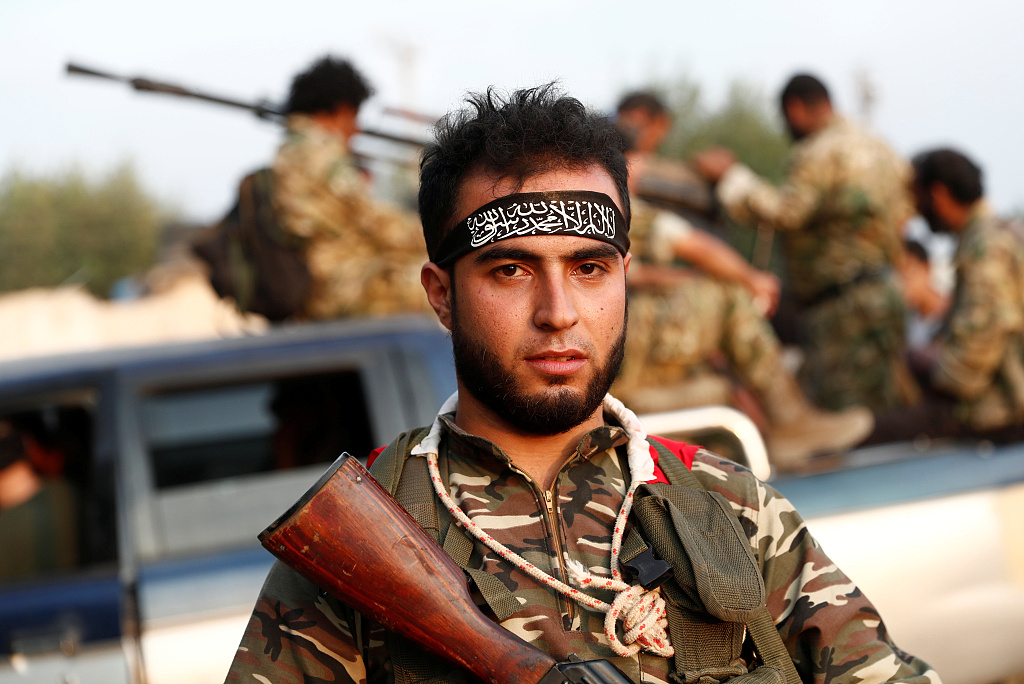 A Turkey-backed Syrian rebel fighter stands next to his comrades as they wait to cross into Syria, near the border town of Akcakale in Sanliurfa province, Turkey, October 17, 2019. /VCG Photo

A Turkey-backed Syrian rebel fighter stands next to his comrades as they wait to cross into Syria, near the border town of Akcakale in Sanliurfa province, Turkey, October 17, 2019. /VCG Photo

Therefore, the PYD has a enjoyed dominant position in northern Syria since 2014, though it has never advocated for "independence," just "autonomy" and other cultural rights, towards Damascus. With the "invasion" of Turkey, it is not surprising that the PYD and the Syrian government started a close ties to safeguard their homeland.

Thirdly, Russia's attitude can not be ignored by Ankara upon the truce decision. Moscow does not want Ankara to launch a major military offensive in northern Syria because it might provoke the hatred of different groups and finally disturb the Syrian political reconstruction process. Russia hopes to end Syria war through a new "Syria Constitution Committee," and it is highly important to maintain the stability of the Syrian battlefield.

Turkey's military offensive might provoke distrust between the Syrian government and its rebel groups and finally lead to a war. Therefore Russia hopes Turkey to suspend military operation and go back to the negotiating table.

Whether the truce negotiated with the U.S. will be kept, Ankara's objective of establishing a "butter zone" in northern Syria would continue. It seems that the "buffer zone" might protect Turkey from direct attacks of "terrorist groups" in Syria, but would drag Turkey into another long and complicated warfare.

To maintain the "buffer zone" in Syria, especially given the international community's view that Turkey is an "invader" violating Syria's territory, it is highly necessary for Ankara to keep a military presence in the "buffer zone" while maintaining the local "autonomy regime" with large amount of supplies and finance.

Even if Turkey successfully established such a "buffer zone," just for a small one in northern Syria, Ankara will have to maintain large amount of military presence to handle the threats and attacks from guerrilla forces around as well as to continue military operations to deter attacks targeted towards the "buffer zone." The "buffer zone," once established, might become a heavy burden for Turkey and the northern Syria would become Turkey's "Vietnam."