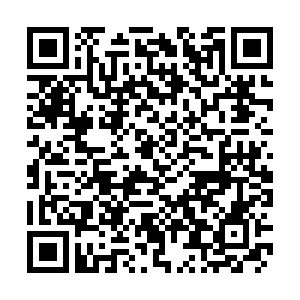 International Monetary Fund (IMF) lowered its global growth forecast for 2019 to three percent last week. Its report projected the U.S. to fall to third place in contributing to global growth.

By 2024, the share of the United States in global growth is expected to fall to 9.2 from 13.8 percent.  While India's share is projected to rise to 15.5 percent, replacing the U.S. as the second-largest contributor.

China is expected to maintain its position as the largest contributor to global growth. The country's share of global GDP growth is expected to fall from 32.7 percent in 2018-2019 to 28.3 percent by 2024.

The IMF noted that the world economy is expanding at its slowest pace since the global financial crisis. 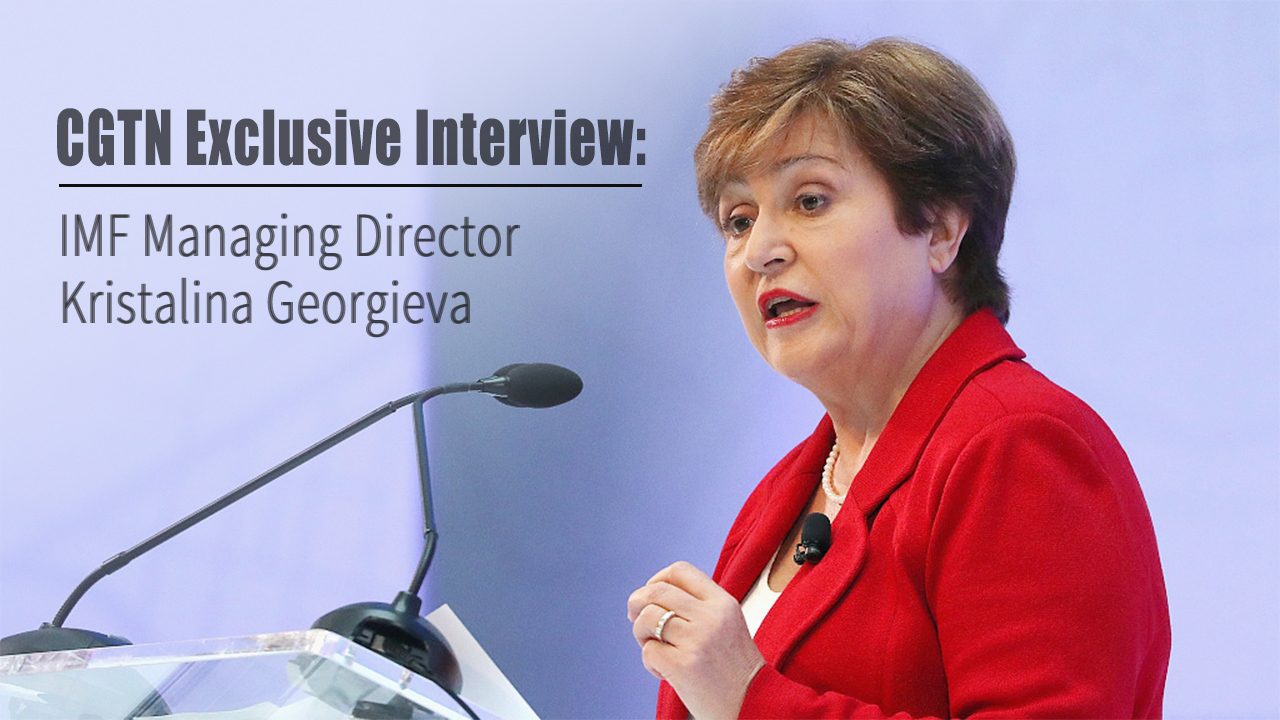 "Today, the world is even more in sync," Kristalina Georgieva, head of the IMF, commented on global growth in an interview with CGTN. "But unfortunately, growth is decelerating. 90 percent of the world is slowing for this year 2019 and very likely next year as well."

It means that the world needs to pay more attention to national policies as well as coordinated action to protect the gains of the economic growth, she stressed. 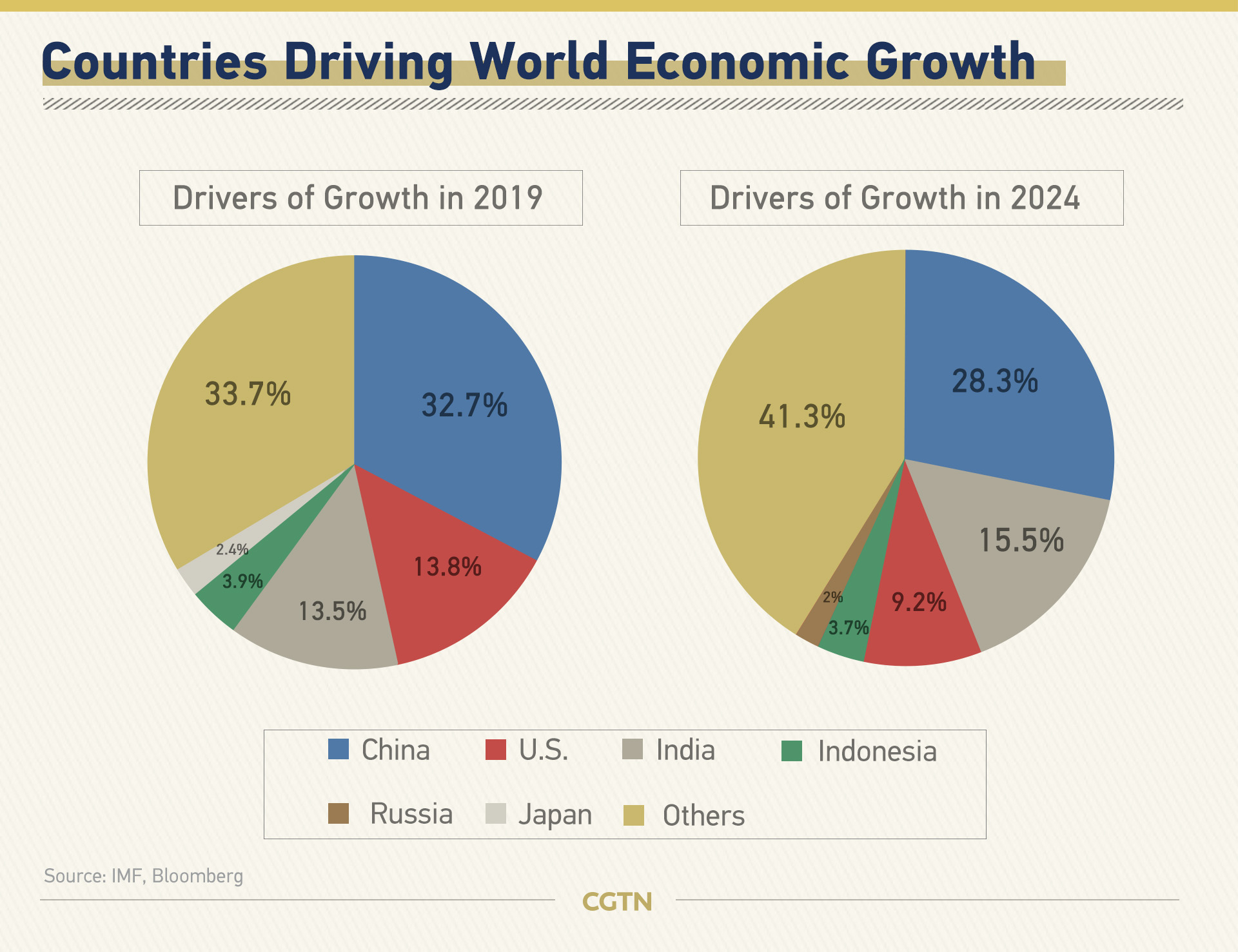 Indonesia will remain on the fourth spot as its economy is expected to have a 3.7 percent growth share in 2024, a slight downward adjustment from 3.9 percent in 2019.

Russia is expected to contribute two percent to the world economic growth in five years, which stays unchanged from its current share. The country is likely to displace Japan as the No. 5 growth contributor.

Japan will fall to the ninth spot by 2024. Brazil is projected to move up four places on the list to the sixth place.

The IMF said new growth engines among the top 20 countries in five years will include Turkey, Mexico, Pakistan and Saudi Arabia, while Spain, Poland, Canada and Vietnam drop out of the leading 20.