Tech It Out: How fast can Earth's magnetic poles flip?
By Yang Zhao, Li Jingyi 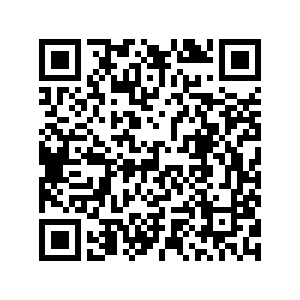 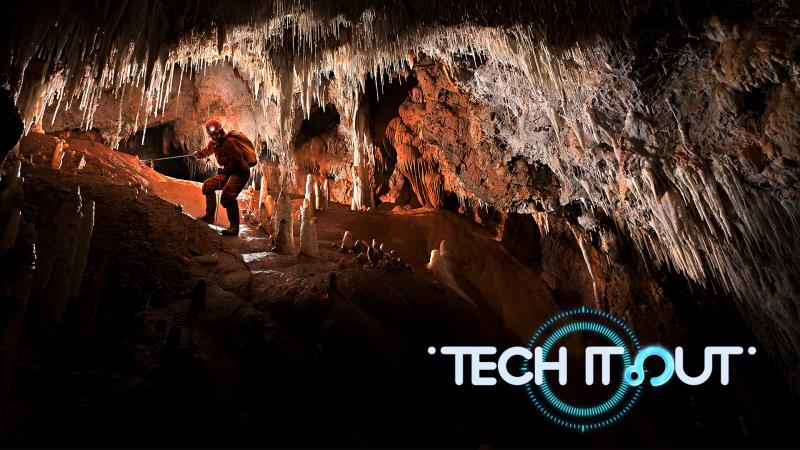 We only need a compass to know we're surrounded by a force that lines up with the globe's axis. The magnetic field, which makes our planet flushing with life, or the solar particles could strip away the atmosphere, just like what Mars has experienced.

Some may think the field always steadfastly point to the north and south poles. But in fact, it is not. The field drifts, waxes and wanes, to the extent that completely reverse its polarity, when north is near Antarctica and the south could be somewhere around Canada.

The magnetic field leaves its mark on the Earth's crust. For quite a long time now, volcanic rocks have provided a solid archive. Lava flows heat up the rock, activating magnetic minerals inside and this preserves the orientation of the magnetic field at the moment the rocks cool down.

Another source of evidence comes from columns of sediments on the floor of our oceans. From there, we can look back in time. But both approaches are far from ideal. 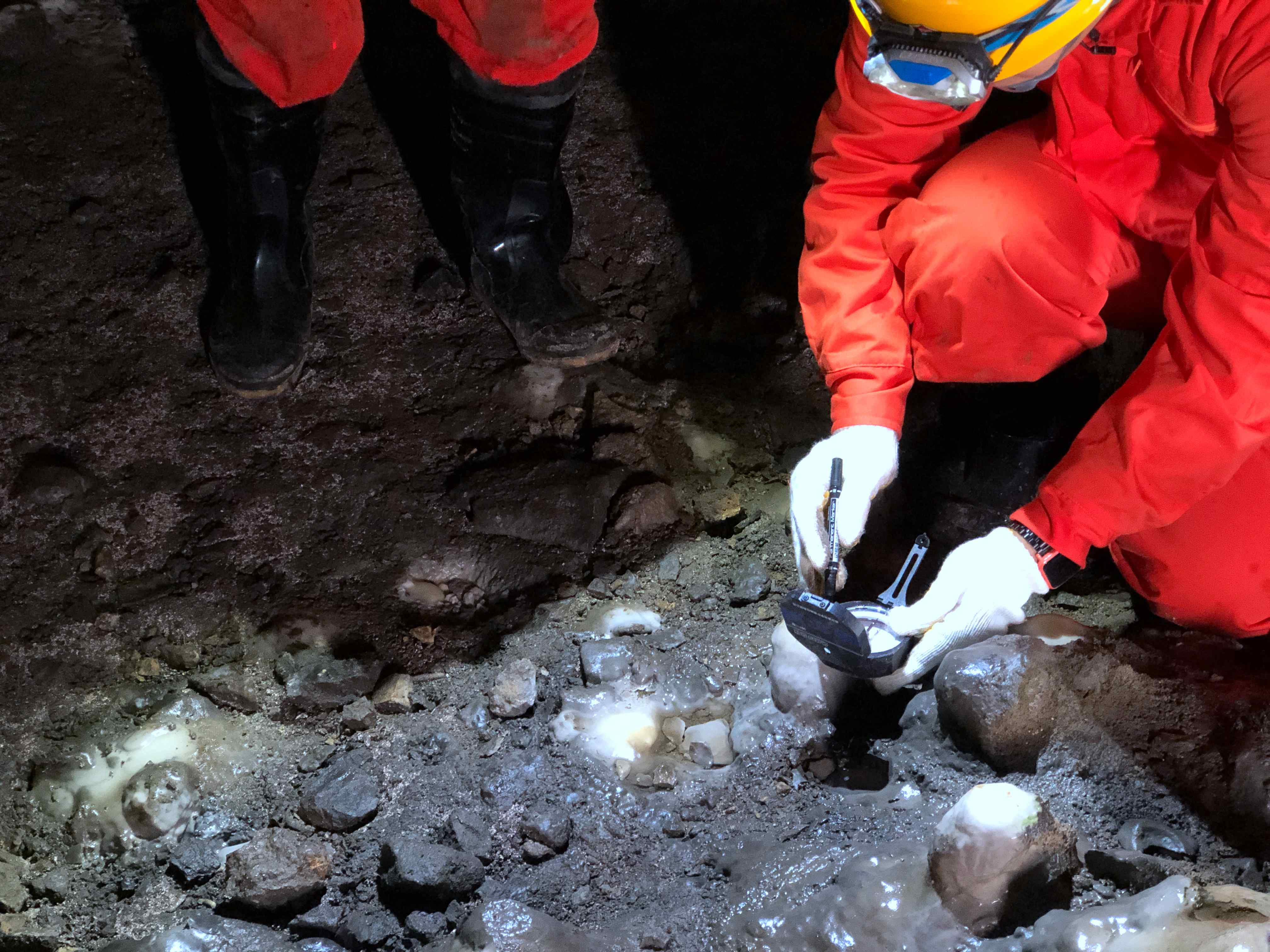 Scientist is drawing the direction of internal magnetic material of a stalagmite. /CGTN Photo

Scientist is drawing the direction of internal magnetic material of a stalagmite. /CGTN Photo

Because the eruption of these volcanoes is intermittent, which means the records that scientists obtain lack continuity. For those sediments, scientists can get a continuous record from them. But the only problem is that these samples are difficult to date and it's very difficult to know their age.

One thing that is able to provide the information scientists need can be found in this natural cave in southern China's Guizhou Province. Scientists are looking for "stalagmite," a specific type of rock formation proven to provide a clear and continuous footprint over time.

The mystery lies in water.

Stalagmite has a characteristic formed from when water in the cave dripping down. The dissolved carbonate in the water precipitates and gradually grows into a stalagmite. As stalagmites continue to grow, it covered up magnetic particles which were carried by dripping water from the top of cave. 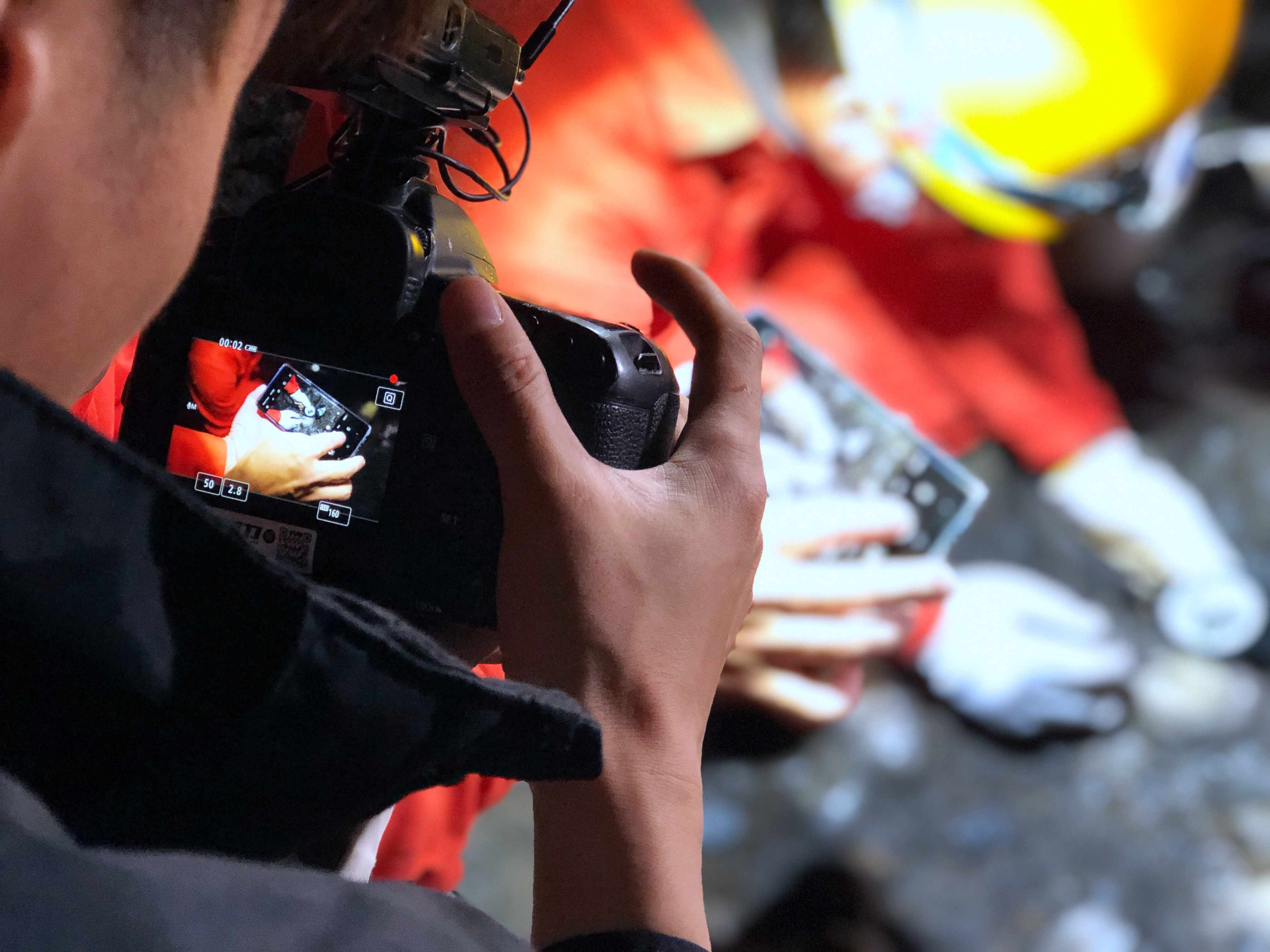 The direction of internal magnetic material helps scientists to confirm the position of the Earth's magnetic field at the time. /CGTN Photo

The direction of internal magnetic material helps scientists to confirm the position of the Earth's magnetic field at the time. /CGTN Photo

This helpfully records information about the magnetic field without any breaks. At the same time, the water could also be carrying certain radioactive elements, such as uranium. This would enable scientists to use radioisotope dating technology to confirm the time of the stalagmite.

And, stalagmites can also provide even more information for budding scientists. Small magnetite particles, like any number of compasses can move freely in water. This means they can point to the polarity of the magnetic field, then and forever, because of the sedimentation process they're frozen in time.

It's like cement, which originally flows, but then it dried up and fixed the things inside. In the same way, these little magnets were sealed.

In 2012, a team of scientists led by Chou Yumin from Southern University of Science and Technology excavated a one-meter long stalagmite. The record from the sample proved that 98,000 years ago, the magnetic north pole was somewhere in the southern hemisphere. 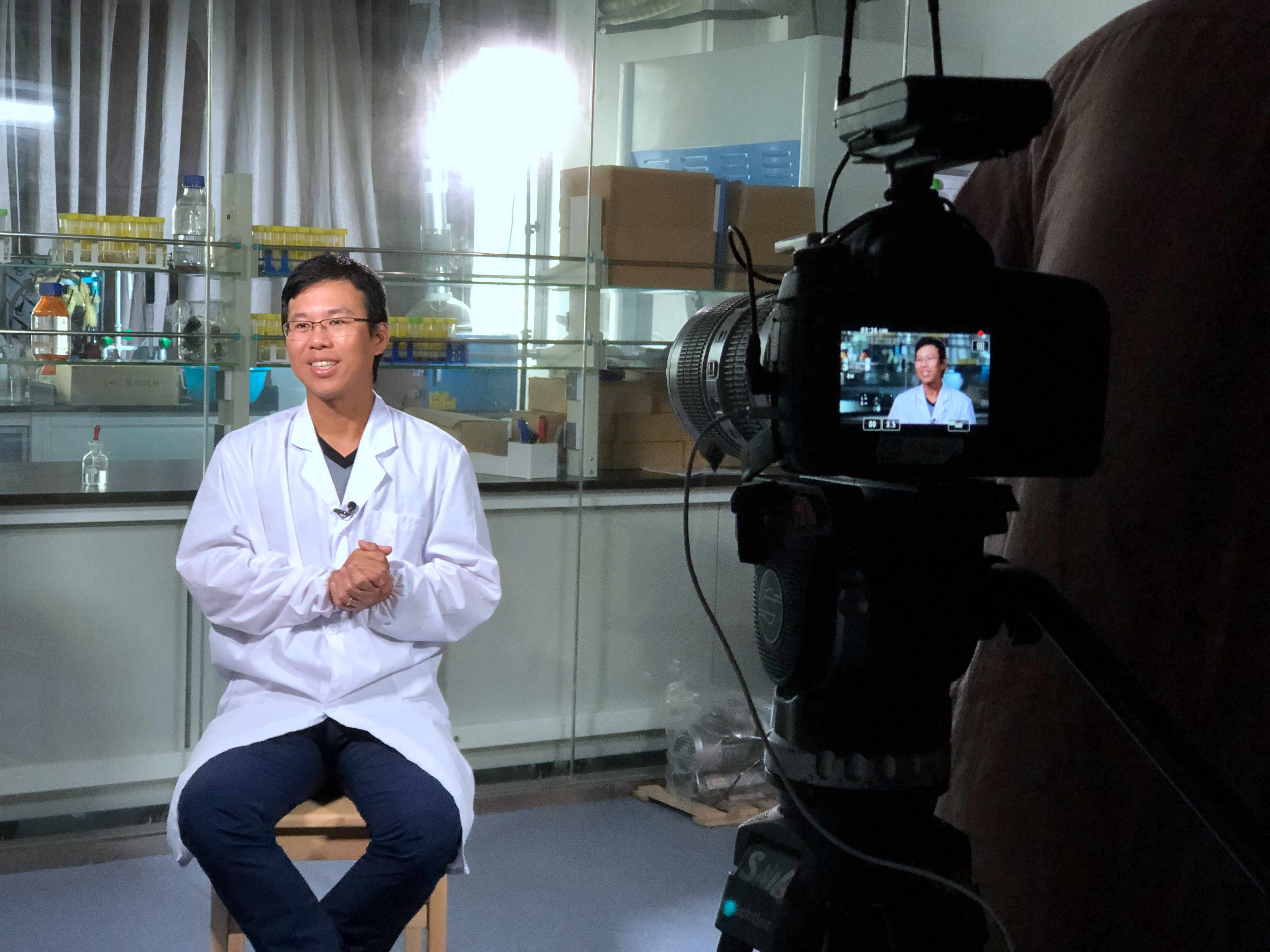 Chou Yumin, from Southern University of Science and Technology, found the reverse of the Earth's magnetic field 98,000 years ago. /CGTN Photo

Chou Yumin, from Southern University of Science and Technology, found the reverse of the Earth's magnetic field 98,000 years ago. /CGTN Photo

They found that during the period, the earth's magnetic field underwent a dramatic change and a geomagnetic variation occurred, which was almost a perfect north-south reversal. The process was very fast, and the process of the polarity moving from the South Pole to the North Pole takes only one to 200 years.

That's 10 times faster than what we had believed indicating that some reversals could occur within a human lifetime. But scientist say that happened a lot in the past. The stability would be restored soon after the change.

So, the impact on all creatures on Earth would not be as significant as we think.

However, when the Earth's magnetic field becomes unstable, these solar winds or high-energy particles would be closer to the earth, which could have a great impact on our satellite and electronic communication products.

The field has weakened by 15 percent in the past 150 years, and its polarity is once again drifting away. But that doesn't mean we should be concerned about an impending apocalypse like the kind depicted in disaster movies.

And one major bonus of having a drifting magnetic field is that auroras will be visible from much lower latitudes, including cities like Beijing. So, nighttime skies will be even more dazzling.