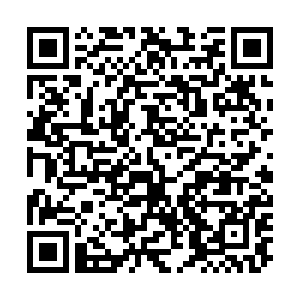 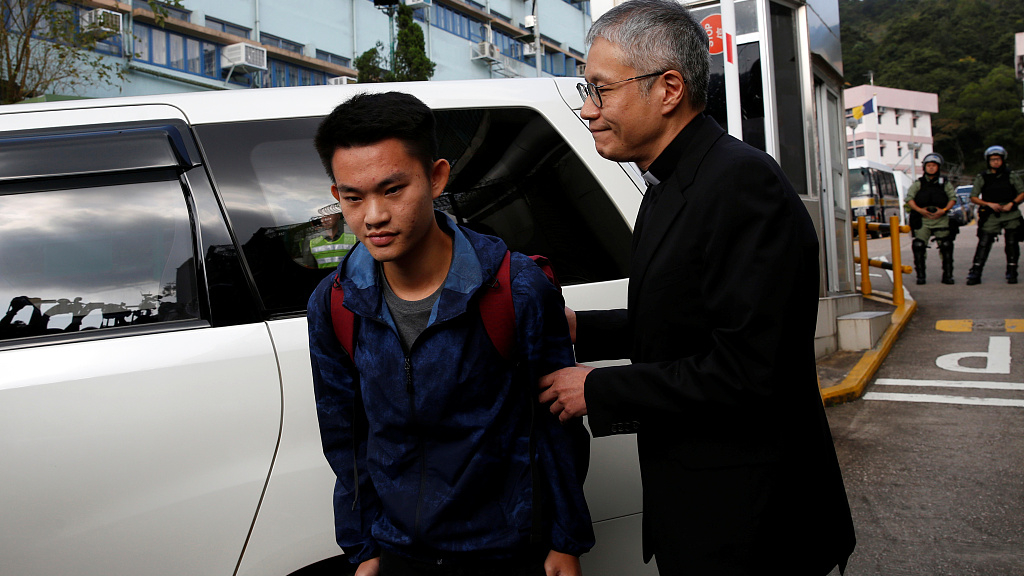 Chan Tong-kai, a Hong Kong resident who was accused of murdering his girlfriend in Taiwan last year, bows in front of the media in Hong Kong, China, October 23, 2019. /VCG Photo

Chan Tong-kai, a Hong Kong resident who was accused of murdering his girlfriend in Taiwan last year, bows in front of the media in Hong Kong, China, October 23, 2019. /VCG Photo

Chan Tong-kai, the suspected murderer from Hong Kong accused of killing his girlfriend over a year and a half ago while on holiday in Taiwan, was released from prison on October 23 after serving time for money-laundering charges on the same day that the city's fugitive bill is planned to be formally withdrawn. This controversial case exposed a loophole in the Special Administrative Region's law that prevents the municipality from extraditing him to Taiwan to face justice for the crime that he's accused of committing and reportedly confessed to while in custody.

The city put forth a piece of legislation earlier this year to rectify the problem and ensure that suspects such as Chan Tong-kai could be sent to Taiwan for trial at the request of the jurisdictions in which they are alleged to have broken the law. But political radicals misportrayed the fugitive bill to provoke large-scale protests against the government, which grew increasingly violent over the summer.

In hindsight, this well-intended legal effort was exploited as a trigger for setting into motion a preplanned destabilization.

Some of the violence has since subsided after the city's chief executive announced that the bill will be withdrawn, but emotions are once again running high because of the prospect that justice won't be served after Chan Tong-kai's release on the same day. 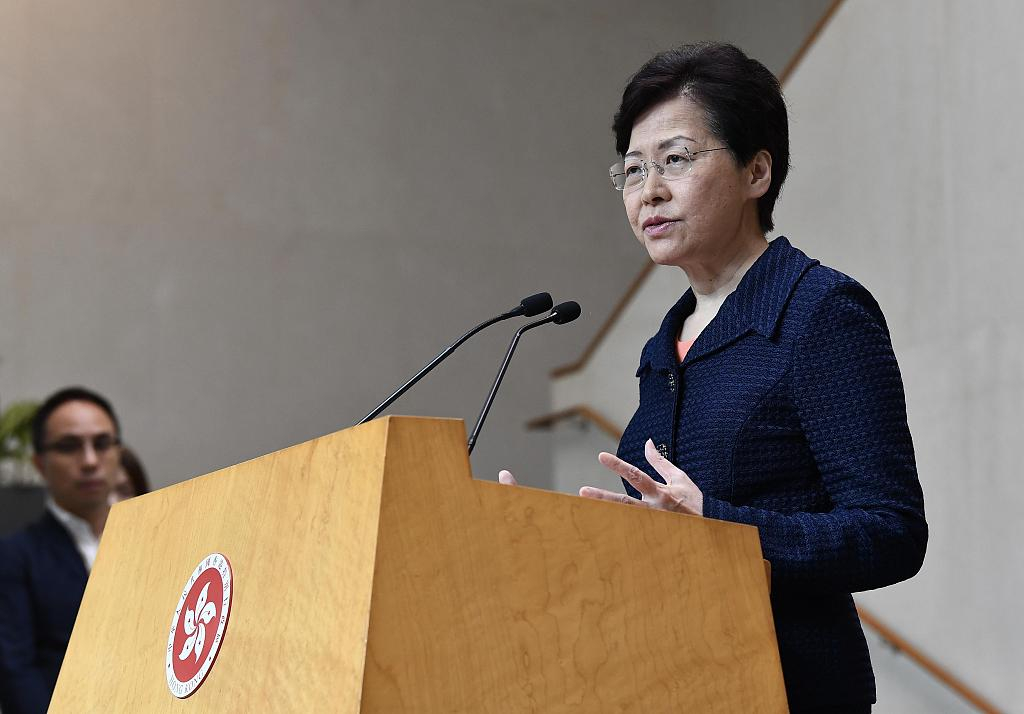 As a responsible and law-abiding political entity of the People's Republic of China, Hong Kong cannot violate its own legislation to extradite him to Taiwan without the bill having been passed to allow its government the right to do so, so he'll technically be a free man the moment he sets foot out of jail.

That said, the suspect surprisingly agreed at the urging of an Anglican clergyman to surrender himself to the law enforcement officers, but the self-styled "authorities" there refuse to accept his brave move on the basis that they require what the media reported is "formal talks within a legal framework," or in other words, his legal extradition from Hong Kong in spite of the fugitive bill that would have enabled this common-sense decision never entering into force as a result of the politically driven unrest that broke out over the summer.

Taiwan knows that Hong Kong can't legally do this after the legislation was withdrawn, so its demand can be interpreted as placing politics over justice in order to cause a scandal by making it impossible for Chan Tong-kai to face justice for the crime that he admitted to committing.

No responsible political entity would ever turn down a suspect's desire to willingly surrender themselves to the court of law after fleeing from the jurisdiction in which their alleged crime was carried out, yet Taiwan is doing just that and therefore showing the world just how artificial of a political entity it actually is and why it doesn't deserve any international recognition at all.

Unless Taiwan has a change of heart at the last minute and common sense finally prevails, then Chan Tong-kai's release will almost certainly evoke very strong emotions from the people on that island, Hong Kong, the Chinese mainland, and even the entire world because of what a travesty it would be for a confessed killer to evade the justice just because the jurisdiction in which he committed his crime doesn't want to accept his voluntary surrender for political reasons. While this scenario couldn't have been predicted in advance, in hindsight, it's with good reason that most of the world doesn't recognize Taiwan.

The handful of states that still do are shaming themselves by tacitly endorsing this extremely unethical decision by the island's self-styled "authorities" and are therefore also complicit in the flagrant violation of internationally accepted criminal justice norms.

Taiwan's choice to place politics over justice is utterly reprehensible and totally self-serving, though it might ultimately backfire if the responsible members of the international community strongly condemn it and the residents of Taiwan peacefully protest en mass to voice their opposition to what happened and bring global attention to how disgusted they are.