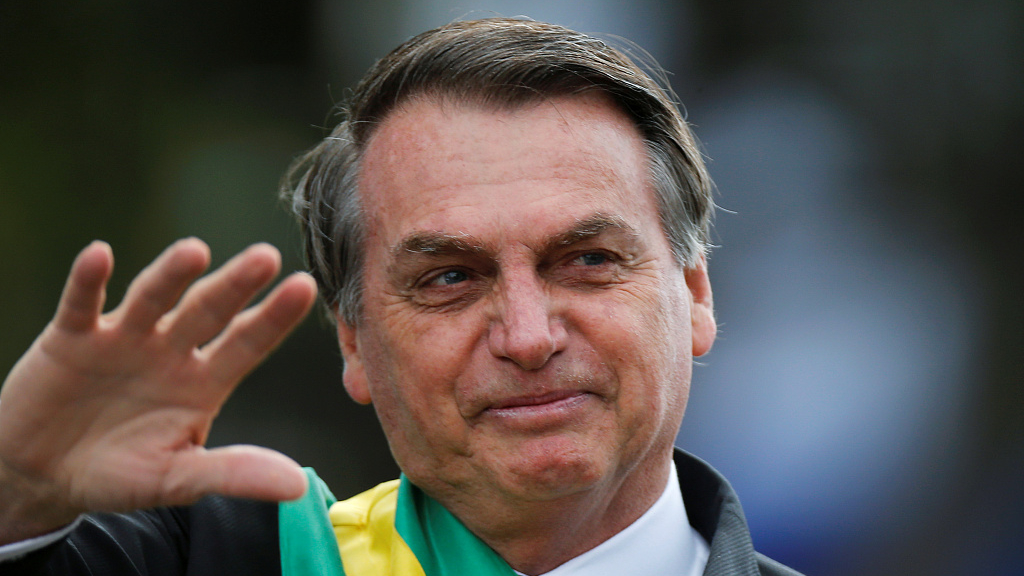 Editor's note: Alessandro Golombiewski Teixeira is a National Thousand Talent Distinguished Professor of Public Policy at the School of Public Policy and Management, Tsinghua University, and a professor of International Business at Schwarzman College in Tsinghua. He is a former Special Economic Adviser to the President of Brazil and former minister of Tourism, and minister of Development, Industry, and Foreign Trade of Brazil. He was also president of the World Investment Association – WAIPA. The article reflects the author's views and not necessarily those of CGTN.

On October 24, the president of Latin America's largest nation arrived in Beijing with a key mission: To breathe new life into economic relations with China. Jair Bolsonaro's visit displays how the Brazilian president has come to terms with the importance of China to the future of Brazil's slowing economy.

Bolsonaro seeks to transform existing trade dynamics, where China is largely the customer and Brazil the supplier, into a new strategic partnership. These ambitions aim to build on a background of strong bilateral relations.

In 2012 alone, relations between the two nations were elevated to "comprehensive strategic partnership" status, the Global Strategic Dialogue between Ministers of Foreign Affairs was established along with the Ten-Year Cooperation Plan (2012-2021). Yet in the previous months, the Brazilian president's stance towards China has witnessed a full turn-around.

Only a few months ago, the Beijing-Brazilian relationship seemed to be at risk, following the president's decision to move closer to countries governed by leaders with whom he agrees with ideologically, such as the United States and Israel, while distancing himself from developing countries, such as China. 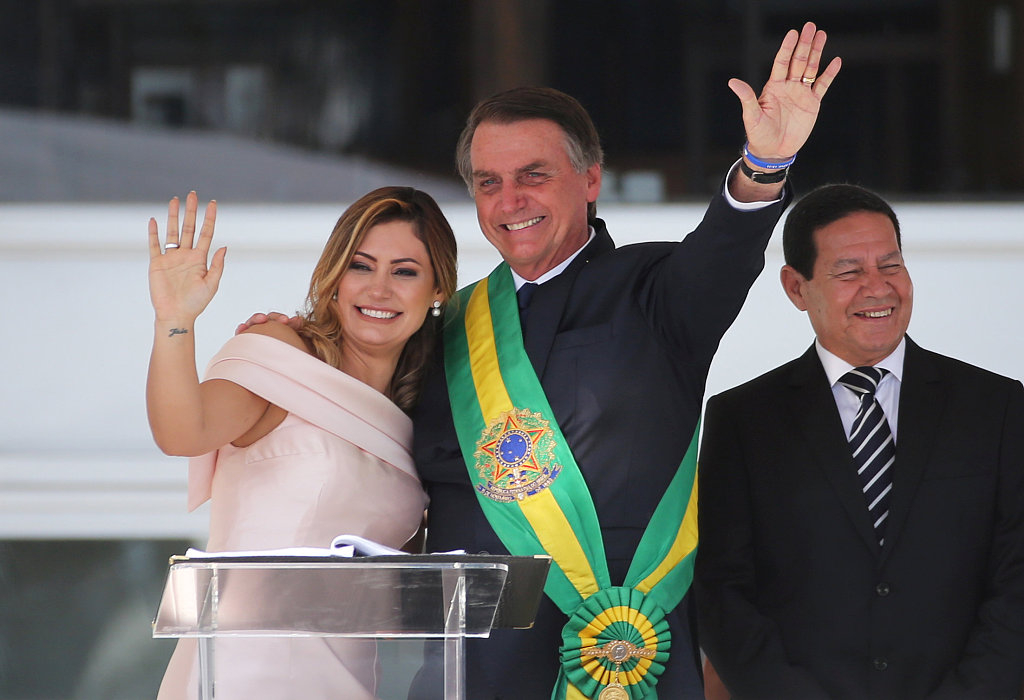 However, considering the strategic significance of the Brazil-China relationship in both bilateral terms and the global landscape (BRICS, WTO and G20), the Brazilian government came to realize that there is too much at stake for Brazil to distance itself from its largest trading partner.

The total value of Brazil-China trade has increased rapidly, rising from 3.2 billion U.S. dollars in 2001 to 98.9 billion U.S. dollars last year (Brazilian Minister of Economy). China represents over 30 percent of the Brazilian exports and also happens to be a country from which Brazil imports the majority of its products. Whether President Bolsanaro likes it or not, the two countries' trade and economies are inextricably linked.

Cooperation in other areas is also needed to fuel future growth in the Brazilian economy. China is one of the main sources of foreign direct investment in Brazil, particularly in infrastructure (especially in energy generation, ports and railway areas) and in the oil and gas sector, not to mention China's important participation in the financial, service and innovation sectors.

Financial cooperation has also intensified at both the bilateral and multilateral levels. Several Chinese banks operate in Brazil, and in June 2015, the two countries decided to create the Brazil-China Cooperation Fund for the Expansion of Production Capacity. The fund's allocated financing totals 20 billion U.S. dollars, with a view to promoting investments in infrastructure and logistics, energy, mining, manufacturing and agriculture.

Beijing will be listening carefully to see how the new government's rhetoric translates into action, something the Chinese government values much more highly than words. Bolsonaro must adopt a more pragmatic view of the relationship, instead of distancing himself from China as he did during the campaign. It is in both countries' interest to take advantage of their strategic relationship, and Beijing hopes Bolsonaro's visit can be the spark. 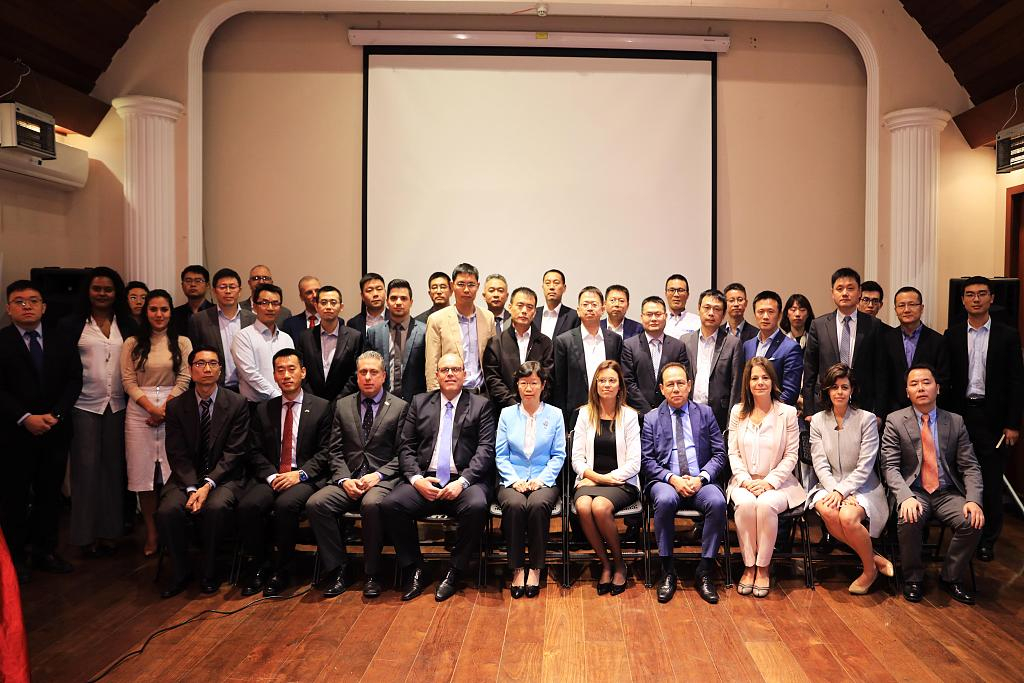 Chinese companies have face-to-face exchanges and discussions on issues such as development in Sao Paulo and China-Brazil economic cooperation in Sao Paulo, Brazil, June 18, 2019. /VCG Photo

Chinese companies have face-to-face exchanges and discussions on issues such as development in Sao Paulo and China-Brazil economic cooperation in Sao Paulo, Brazil, June 18, 2019. /VCG Photo

Amid Brazil's economic slowdown and mounting pressure from the China-reliant agribusiness and mining sectors, President Bolsonaro has all the tools at his disposal to improve strategic relations in a way to benefit Brazil domestically. Therefore, we can expect the Brazilian president to soften his stance towards China to pave the way for closer ties in the future.

Relations between China and Brazil have the potential to go far beyond a basic clientelist relationship. However, this demands a clear recognition of the potential for cooperation in areas of common interest, such as science and technology, as well as innovation in biotechnology, biofuels and renewable energy.

Bolsonaro's visit to China today certainly marks a step in the right direction. A shift in the president's approach is vital to ensure the deepening of China-Brazil cooperation, instead of competition.